Along the U-Bahn Subway Line in Frankfurt, Germany, there’s an unusual structure that looks like a tramway car crashing into the sidewalk. But it’s actually not a tramway car. The structure is called Bockenheimer Warte and it’s a subway station entrance with a little architectural twist. Designed by architect Zbigniew Peter Pininski, the mind-blowing subway entrance takes the form of a tram car partially-submerged into the ground. But the lopsided car is actually connected to an underground subway station.

The Bockenheimer Warte was built in 1986. Pininski came up with the unusual design in order to ease the worry of the local citizens. During that time, the city was currently working for the extension of its railway network. But the locals have been concerned about the expansions. By creating a folly design for the subway entrance, the architect thought that it could lighten up the tension. 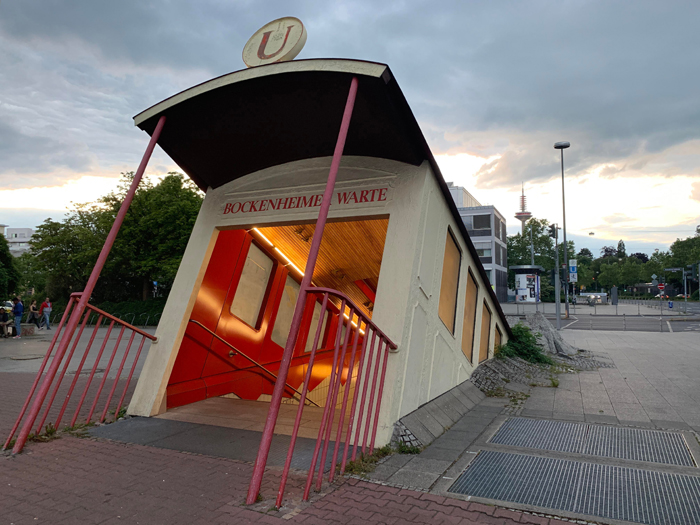 And so it did. Locals and tourists alike are quite impressed by the Bockenheimer Warte. It is indeed one of the most amazing architectural feats that Frankfurt has to offer. When the subway station underwent an expansion in 2001, the engineers opted not to touch the subway entrance nor redesign it. People who are visiting Frankfurt never fail to visit the site and take photos of the funky subway station entrance. Take a look at these photos: Built in 1986, the Bockenheimer Warte is a subway station entrance that looks like a half-buried tram way 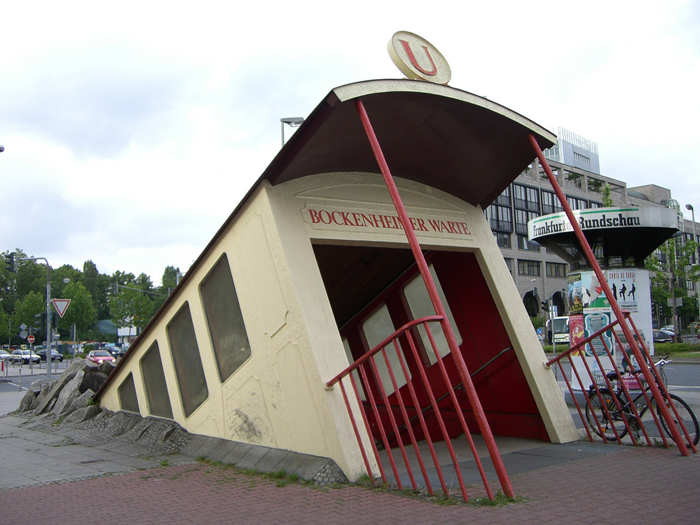