Aside from the holiday season, we all know that December also means Star Wars season. Everyone’s waiting on the showing of The Rise of Skywalker, which will hit cinemas on December 20. In anticipation of the much-awaited final film in the Skywalker saga, various companies have been releasing Star Wars-themed merchandise. From Christmas decorations to kitchenware, we also now have a Star Wars-themed Boeing 737 plane courtesy of United Airlines.

Yes, you’ve read that right. Fans can now experience flying like a Jedi through this immersive intergalactic treat. Although the plane can’t travel at light speed, we have to say, the force is really strong with this one. The concept and design are just downright spot-on. Plus, it is loaded with enough features to impress any Star Wars fan.

As we all know, the entire saga has revolved around the battle between good and evil. So, the plane brilliantly features the Dark Side on one side and the Light Side on the other.

Upon closer look, you’ll be delighted to discover much more intricate details. These include the TIE starfighter and the X-wing starfighter on their respective sides.

Of course, all things Star Wars-themed are never complete without a light saber.

Moving on to the interior of the plane, the conflict still continues. One side consists of blue seats with headrests showcasing the Resistance symbol. Meanwhile, the other side consists of red seats bearing the First Order symbol.

That’s not all, even the amenity kits for the passengers are all Star Wars-themed. What’s even more exciting is that they’ll board the plane to the tune of the film’s iconic soundtrack. Plus, they’ll even receive a special commemorative pin.

However, don’t get too comfortable just yet, you never know when evil storm troopers will come at you. They might be lurking all over the airport terminal or even waiting for you on the plane.

So, remember to always have your Jedi mind tricks up your sleeve to get past them easily. 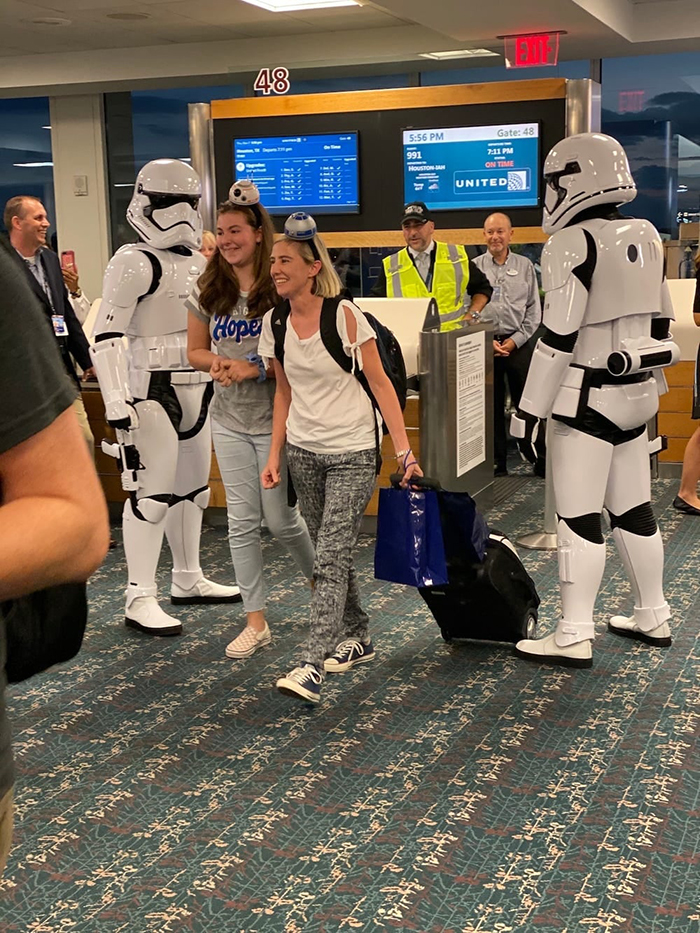 You might also meet your favorite droid along the way. 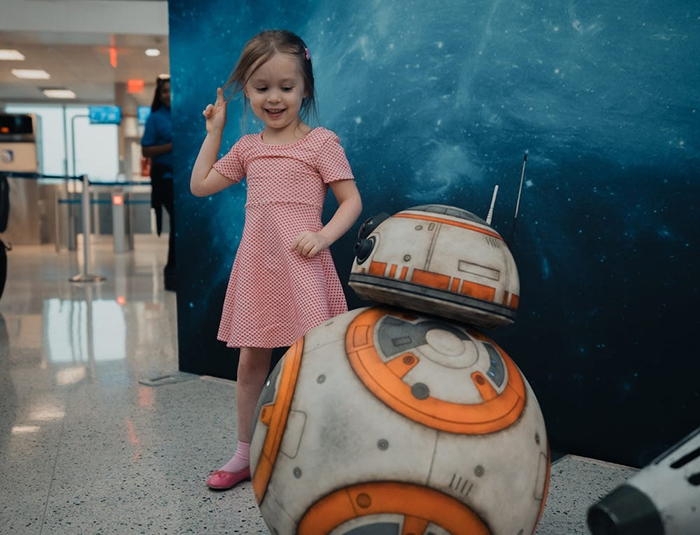 In case you’re still doubting that such a plane exists, you can track it via Flight Aware online. Trust us, it won’t be that hard to locate. In fact, you can even try your luck in booking it. All you have to do is to look up the plane’s tail number, N36272.

Luckily, this plane doesn’t take routes in a galaxy far, far away just yet. Currently, it’s just flying across Canada, Central America, the Caribbean, and the US. As a matter of fact, it recently kicked off with a flight from Houston to Orlando, Florida earlier this month.