In a galaxy far far away, a delightful frozen treat is waiting for you in the freezer aisle. But you don’t have to travel light years away just to get these Star Wars Millennium Falcon Ice Cream Sandwiches. The force is strong with this one because it combines two of our most favorite things in the world – ice cream and the most iconic starship of all time. What could be better than to watch the new Star Wars: The Rise of Skywalker while sinking our teeth into these yummy treats?

These limited edition Star Wars Millennium Falcon Ice Cream Sandwiches are made with light ice cream stuffed between two vanilla-flavored wafers. More importantly, the sandwich is shaped after the fastest vessel in the Star Wars canon. So, you can enjoy this mouthwatering piece of art before devouring it totally. Both the good side and the dark side of the Force will surely love these toothsome goodies. 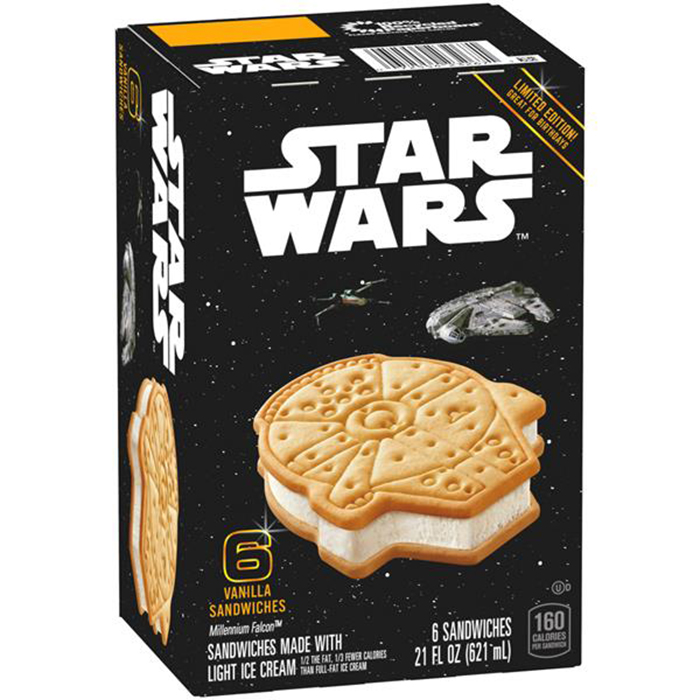 Now on to the big question – where can we buy these Star Wars-themed desserts? Some lucky people were able to spot these sweet treasures in grocery stores near them. Instagram user @snacksfromaround posted a photo of it as she claimed to have found it at Giant. The Star Wars Millennium Falcon Ice Cream Sandwiches comes in space-themed box containing 6 sandwiches.

Also, Instagram snack blogger @candyhunting found the same boxes at Hy-Vee and bought them for a whopping $9 per box. According to the post, the limited edition treats are made under Edy’s/Dreyer’s brand which is a subsidiary of Nestle.

New Star Wars Millennium Falcon ice cream sandwiches are out now! These are made under Nestlé's Edy's/Dreyer's brand. Found them at Hy-Vee where they're selling for a whopping $9 per box.

It’s time to go and explore our nearest grocery stores in hopes of finding one, if we’re lucky enough. But if you can’t find it in stores, you can still buy them here. Although some people find it a bit too expensive, some Star Wars fanatics don’t seem to mind paying $9 for 6 sandwiches. Besides, who wouldn’t want to munch on the coolest flying saucer in the entire universe? 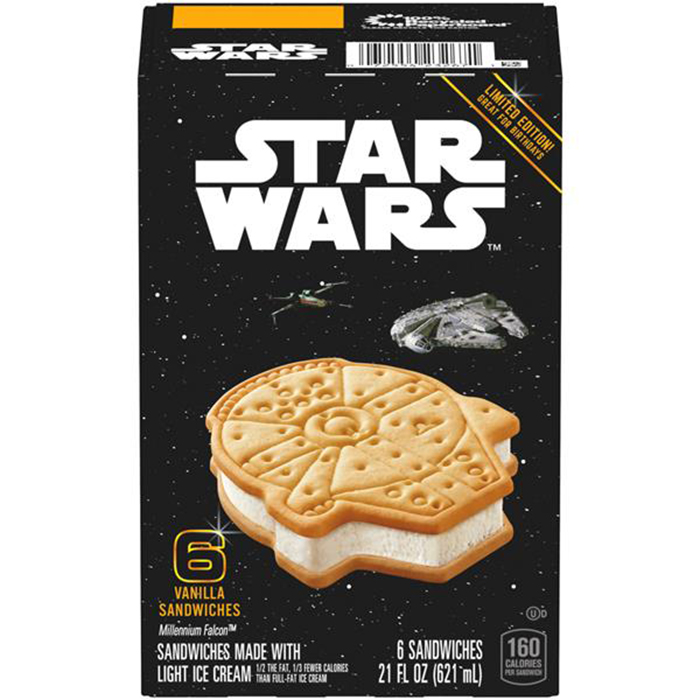 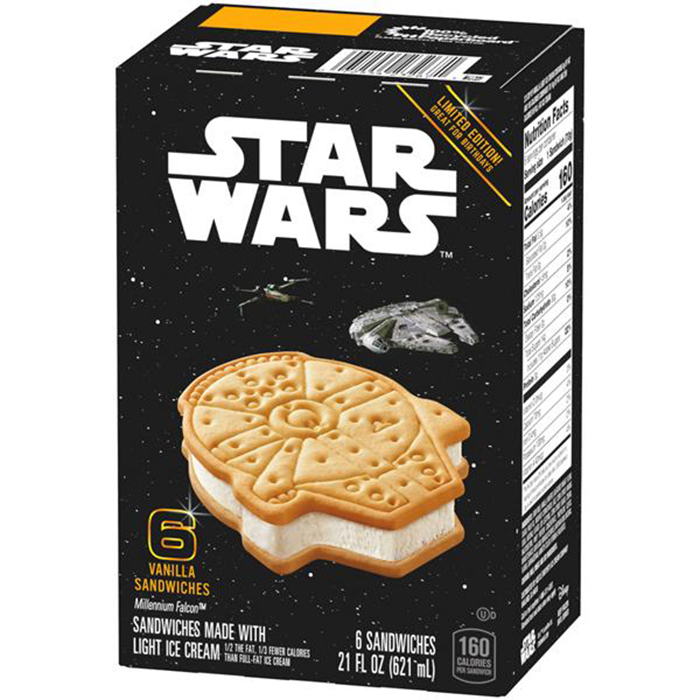