Star Wars fans are getting excited for the final film in the current Star Wars trilogy which will premiere on December 20. We’re still four months away to the premiere of the most anticipated movie of the year. (Avengers: Endgame fans are free to throw their complaints in the comment section below). While we’re waiting for it, we can keep our enthusiastic minds occupied with Star Wars-themed products. There’s this Death Star camping tent, Star Wars furniture, and these Star Wars-themed fitness equipment. And now the Force has become stronger with this Death Star Fire Pits that will keep our  summer nights ablaze. 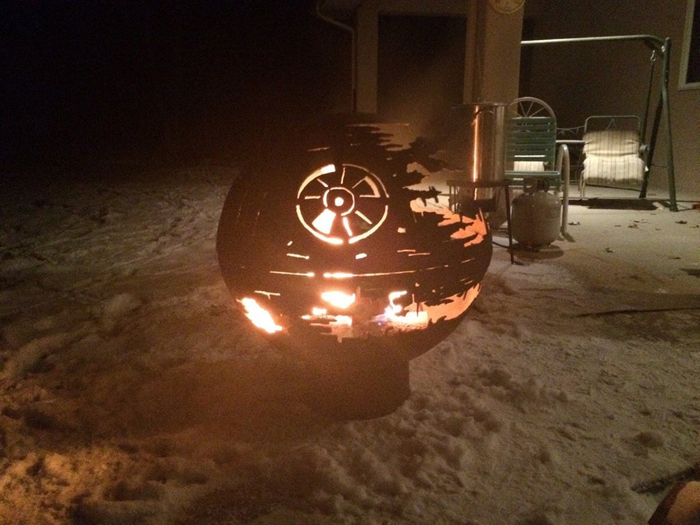 Designed by KG Firepits, these handmade Death Star Fire Pits feature a replica of the Empire’s most destructive weapon. But this time, the metal handiwork shows the wake of the moon-sized space station after its annihilation. When lighted with fire, it magically transforms into the iconic scene showing the Death Star’s massive explosion. You can celebrate with the victory of the Light Side of the Force by roasting s’mores over the fire of the Death Star’s remnants. 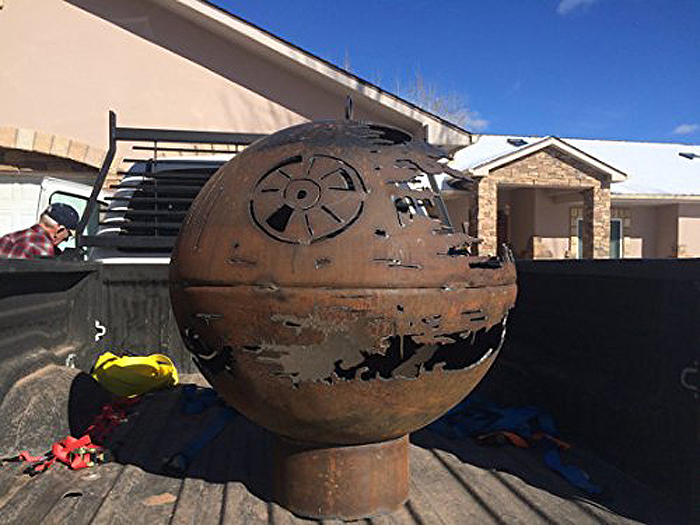 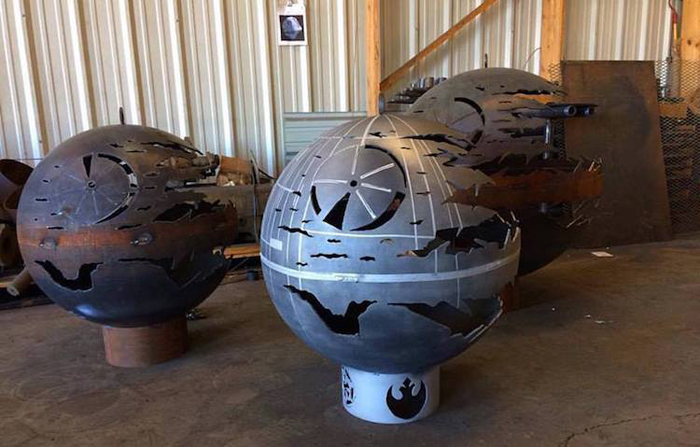 The concept of the Death Star Fire Pits started when Reddit user u/Bandia5309 posted a fire pit that looks strikingly familiar. Along with the caption, “Death Star Fire Pit my grandpa made us for Christmas”, the post became viral in an instant. Not long after, people keep on asking how they can get their own Death Star Fire Pits. And this demand gave birth to KG Firepits. 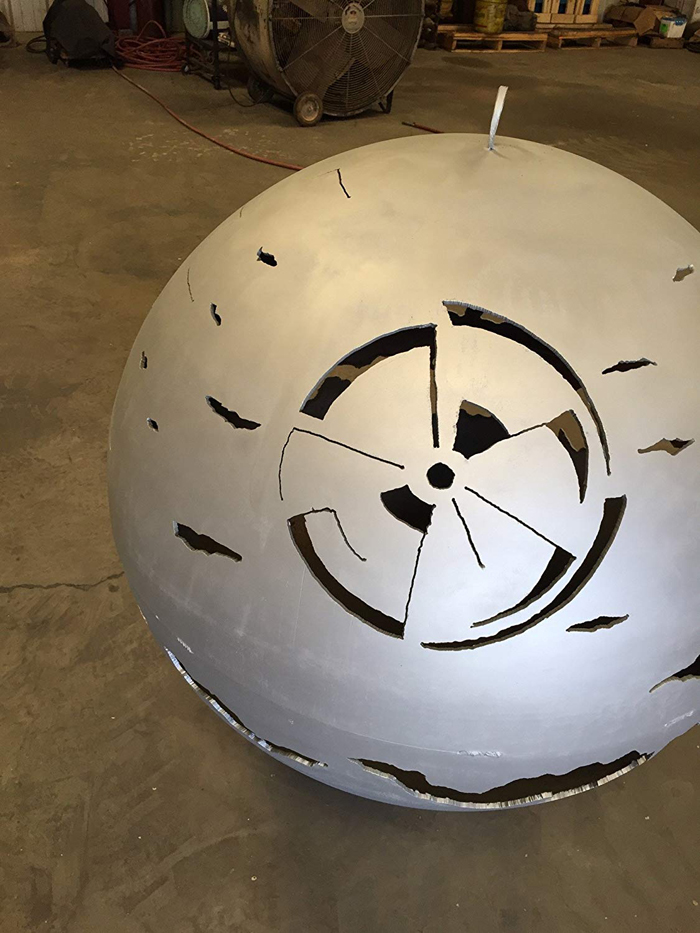 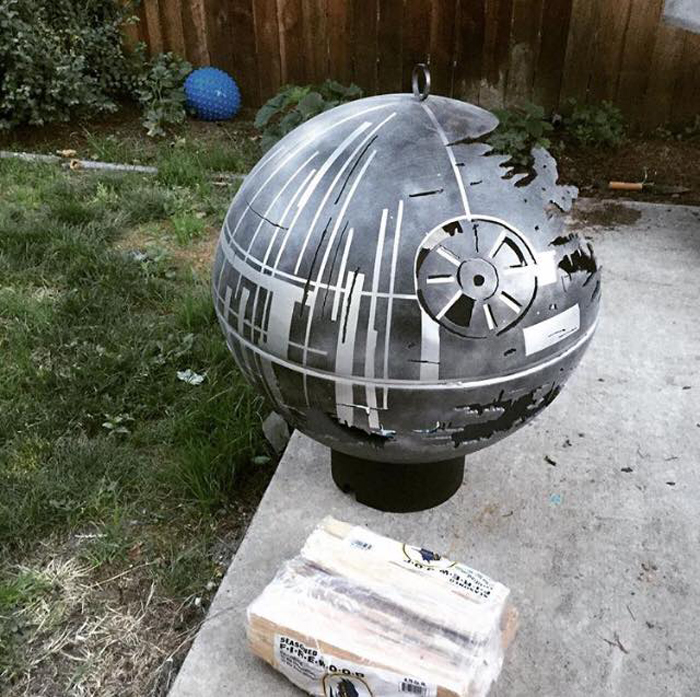 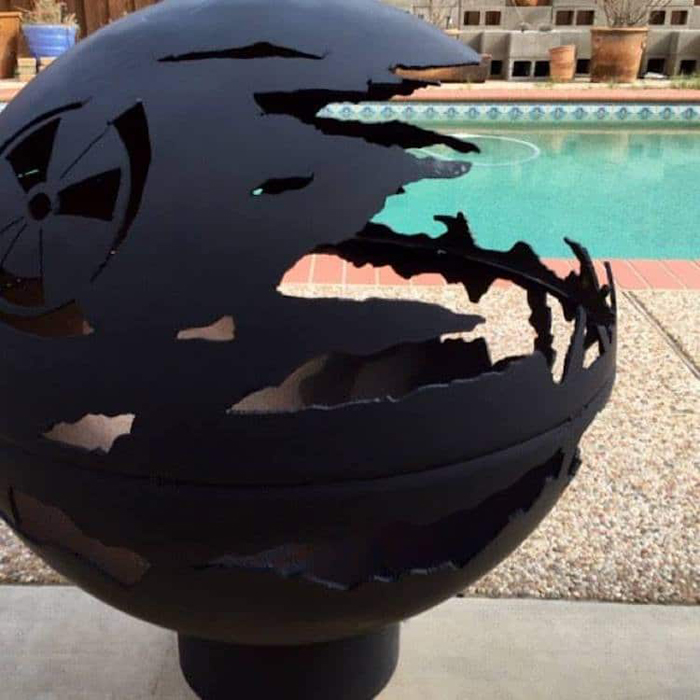 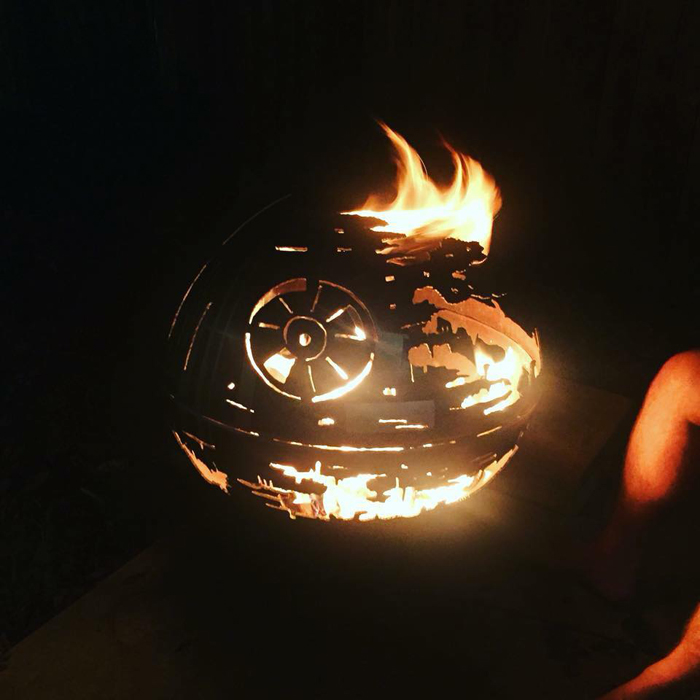 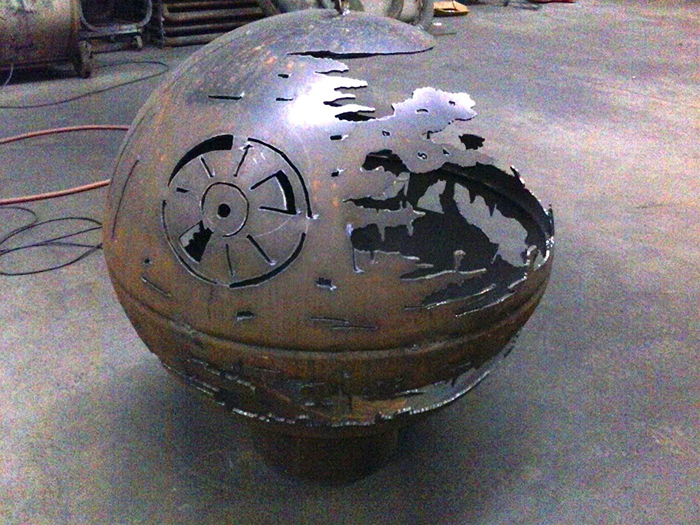 You can get this Star Wars-inspired fire pit here. It is available in two sizes – 30-inch and 37-inch diameters. You can also choose the colored (gray) or the no-color option. Bring the galactic scene to your backyard with this stunning fire pit. Whether you’re a fan of the film franchise or not, this Death Star Fire Pit is sure to add more fun to your summer nights.