A cake is definitely the highlight in any occasion, whether in birthdays, weddings, anniversary celebrations, and other special events. That’s why pastry makers are coming up with clever ideas to make their creations stand out. There’s the blooming flower cake that looks like a real bouquet and mirror glaze cake that looks like a marble. When it comes to cake design, there’s basically no limit. As long as you have the artistic talent, you can also create a stunning cake for any occasion. Just take a look at this space-themed birthday cake made by a mom for her 4-year-old son’s birthday. 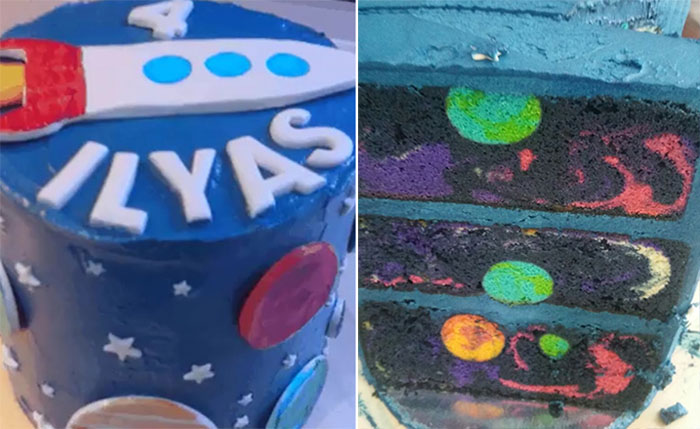 Imgur user Pedagiggle uploaded a photo of her cake creation – a space-themed birthday cake for her son Ilyas. From the outside, the tall round cake features stars and planets against a sky blue icing coat. Amazingly, the (candy) planets represent the eight planets of the solar system including the Earth. On top of the cake is a rocket ship along with the name and age of the birthday celebrator. But that’s not the best part of it. The biggest surprise is not on the outside but what lies within the cake. 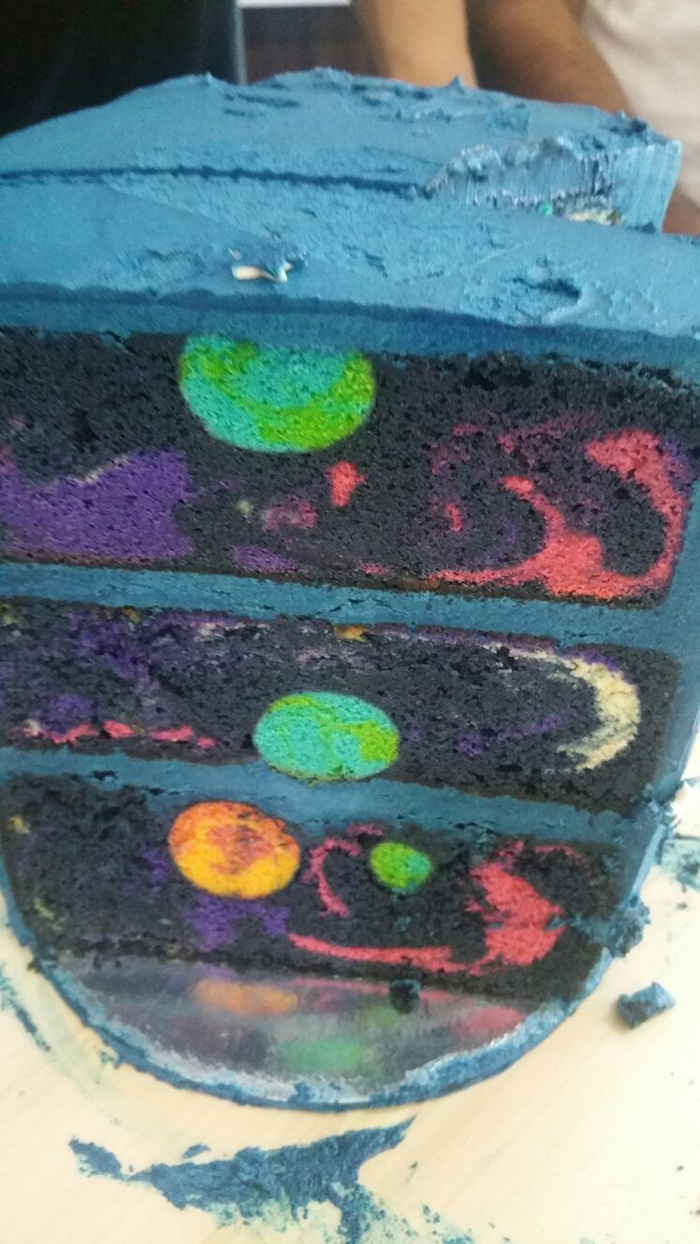 Once you slice it, an inner universe is revealed within the layers of the fondant cake. It reveals colorful planets and swirling galaxies against a dark purple hue. But how did she do it? The creative mom explained that she had decided to give her son a space-themed birthday cake. Although there are several designs offered on the internet, she wanted something extraordinary. And that’s when she thought of making a cake that is space-y on the outside and also in the inside. “I could not find a recipe so I had to improvise.”, she explains.

She used a white cake as the base. By using purple food coloring, she was able to turn the vanilla-flavored cake into a tiny chunk of outer space. She later added white swirls to represent the Milky Way galaxy. Then she molded out the round pieces of cake to represent the sun and planets. She used food coloring in yellow, green, red, blue, and orange to create the planets. After which, she incorporated the spheres into the dark purple cake. 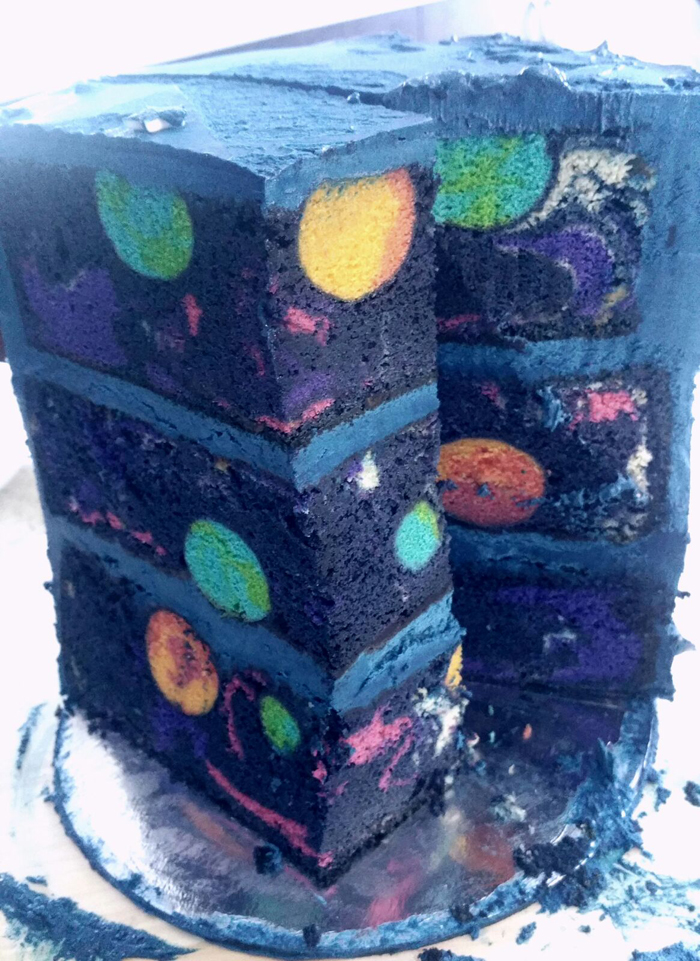