Galaxy Dust Rum Tastes Out Of This World

Want a taste of the outer space? The Galaxy Dust Rum Liqueur captures the beauty of shimmering stardust. But this mesmerizing hard liquor isn’t all about looks. It actually also smells and tastes like the cosmos. So if you’ve ever wondered what the center of our galaxy tastes like, this is your chance to experience it. And if you think we’re joking just to convince you to try this out then you’re wrong. According to astronomers, the Milky Way galaxy smells of rum and tastes like raspberries. So, take it from the space experts, not from us.

As ridiculous as it sounds, astronomers made the discovery when their powerful radio telescope identified a big dust of cloud at the center of the galaxy. Further studies about the mysterious cloud revealed that it is mostly made up of a chemical called ethyl formate. Well, that chemical happens to give raspberries their flavor and is also known for its aroma compound that makes it smell of rum. Inspired by this discovery, the Galaxy Dust Rum Liqueur features a delicate blend of white rum and sweet, tart raspberries to give you a taste of the galaxy. 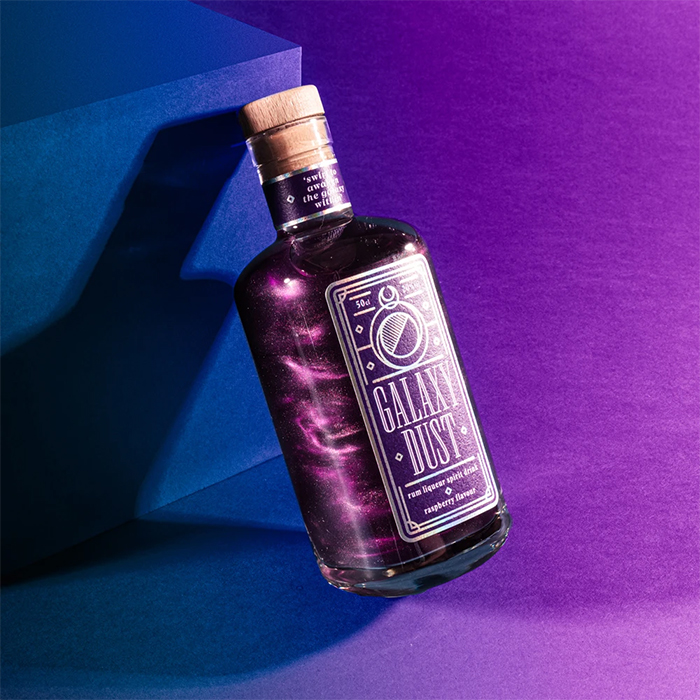 In order to transport you to the deep space, the liqour features a deep purple color with shimmers reminiscent of the starry cosmos. Shake the bottle and watch the shimmering stardust turn into swirls of galaxy. The get lost in space as you sip the liquor and experience space odyssey like you’ve never experienced before. The Galaxy Dust Rum Liqueur comes in a 500ml bottle with 20% ABV. 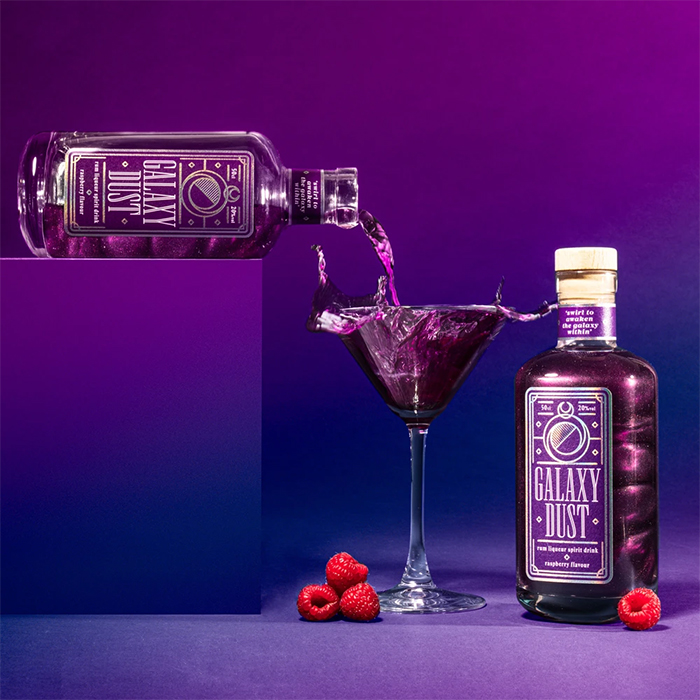 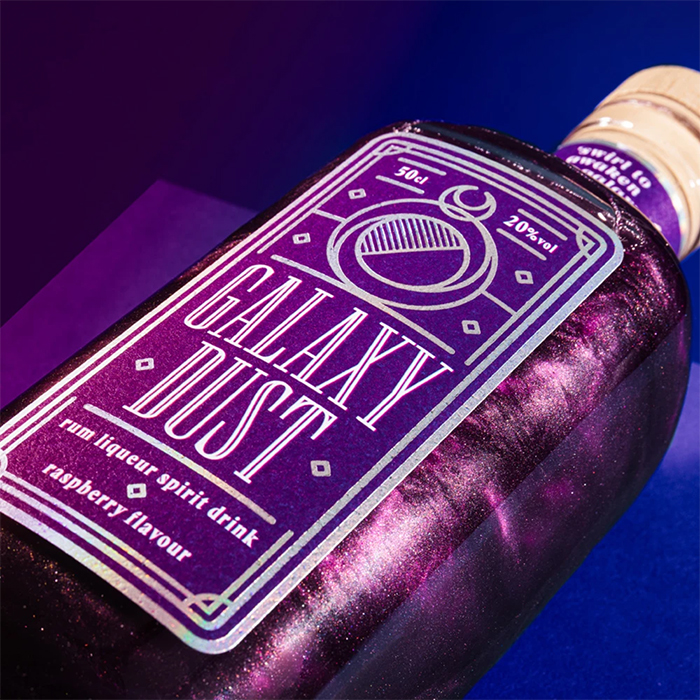 Enjoy this galaxy-inspired liquor on the rocks or concoct your own cosmic cocktails with it. Try pairing it with lemonade to create a classic raspberry spritz. Or you can blend it with lime and orange liqueur to create a refreshing daiquiri. Then garnish your cosmic cocktail with a raspberry and let your senses wander into the galaxy and beyond. 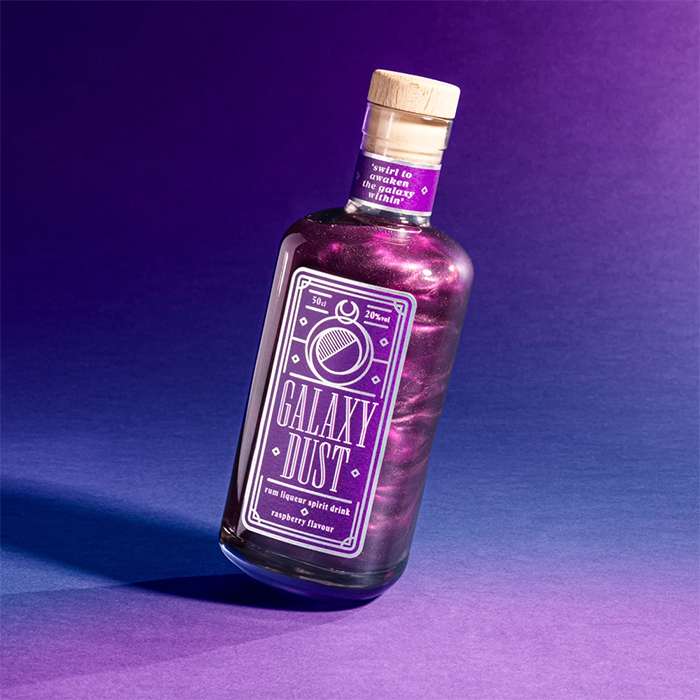