Elon Musk’s recent grand reveal of the new Tesla Cybertruck shattered expectations, smashed records, and launched a thousand memes. The Electric pickup truck, with its prominent acute angles and overall trapezoidal shape generated both great praise and condemnation. However, it wasn’t exactly the armored pickup truck’s unveiling that made headlines.

The window of the new model stole the entire vehicle’s thunder, and people have wasted no time in poking fun at the apparent fail. LEGO sparked the media circus when they revealed their Shatterproof LEGO truck, which was their answer to Musk’s work. 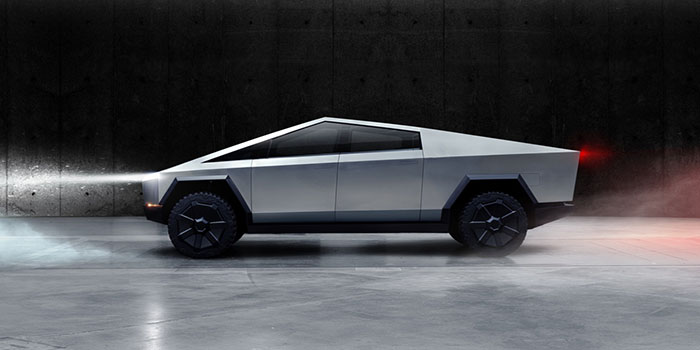 The Tesla Cybertruck’s selling point was its indestructibility

The new addition to the Tesla roster is supposedly “better than a utility truck with more performance than a sports car“. Armored plating makes up the truck’s body while armor glass is fitted into the windows. At first glance, you’d think that it was more of a prop car for a sci-fi movie than an actual, real vehicle with its unconventional design. Some sang praises for the truck’s innovative design,

while others dismissed it and aired concerns. Critics pointed out that the vehicle’s design could portend for more car accidents due to potentially poor visibility.

Beyond the truck’s tank-like design, its performance specs definitely won the live audience and those viewing the event via livestream. It was certainly a cut above the rest of the pickups currently available in the market with its impressive speed and durability.

But things didn’t go as planned

Part of the showcase was the demonstration of the armored pickup truck’s durability. First, they whacked a sledgehammer against the Cybertruck’s driver side door. The sledgehammer impressively just bounced off the outer layer of the Tesla pickup truck like it was nothing. The sledgehammer didn’t leave a dent at all on the truck’s body. They then moved on to showcasing the armor glass window. And that’s where the smooth demonstration hit a snag. Things went fine when the armor glass’ strengh was demonstrated next to a regular glass window for vehiles. The steel ball just bounced off, without leaving a scratch on the pane. Per the official description, the Tesla armor glass has:

However, when Musk implored the Cybertruck’s key designer to throw a small steel ball onto the unit’s actual window, things went awry. Curiously, the designer seemed somewhat reluctant to throw the ball. In the end, Elon’s directive was followed. And this time, the steel ball inflicted some serious damage. We can only imagine what went through Elon’s mind in that moment.

However, he was able to regain his composure and soldier on through the rest of the program. Since then, people have come up with some intersting theories as to why the armor glass shattered, but nothing has truly been confirmed by the company. 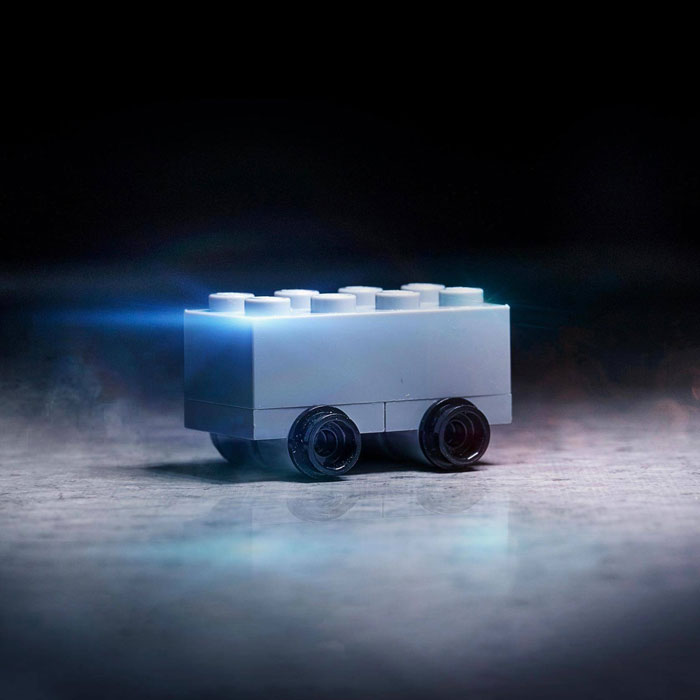 Hours after the shocking Tesla launch event, LEGO immediately created their very own shatterproof LEGO truck as a jibe at the original. To recreate the now-iconic truck, the toy brand took two wheel pieces and slapped them on a large 4×2 brick. They then took a picture and photoshopped it to imitate the original Cybertruck’s official advertising photos. LEGO Australia completed the jibe with a cheeky caption that’ll definitely have Tesla fans cackling or scowling.

Aside from LEGO Australia, other fans have also constructed their own version of the armored pick up truck. Among them is Peter Blackert, who happens to be the Senior Powertrain Systems Architect at the Ford Motor Company in Australia. He’s an avid LEGO replicator of famous TV & movie cars, and his work’s so good that he even authored the book “How To Build Brick & TV Movie Cars” using LEGO blocks.

“People other than myself were bound to give it a go, mostly in a simple form – but this also demonstrates it stylistically, the Cybertruck concept can be envisioned using a much more minimalist interpretation. This was taken to the extreme by the LEGO company itself. They had a focus on unbreakability – an allusion to the failure of the Cybertruck windows to withstand the impact of a thrown steel ball.” Blackert said.

Check out the fan versions of the Tesla Cybertruck 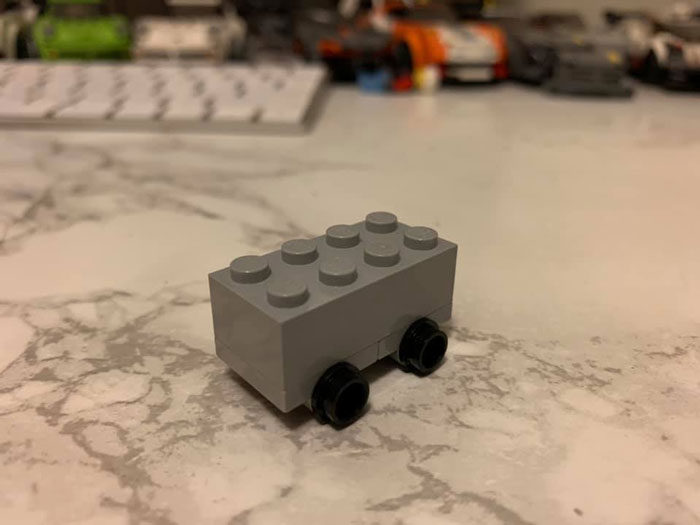 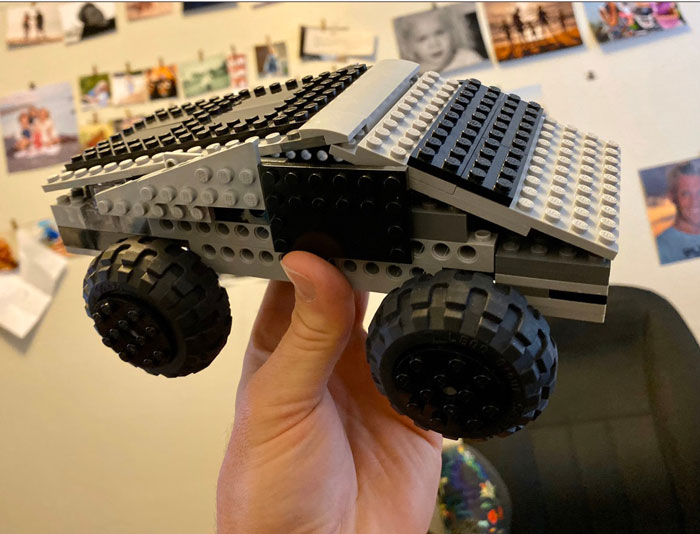 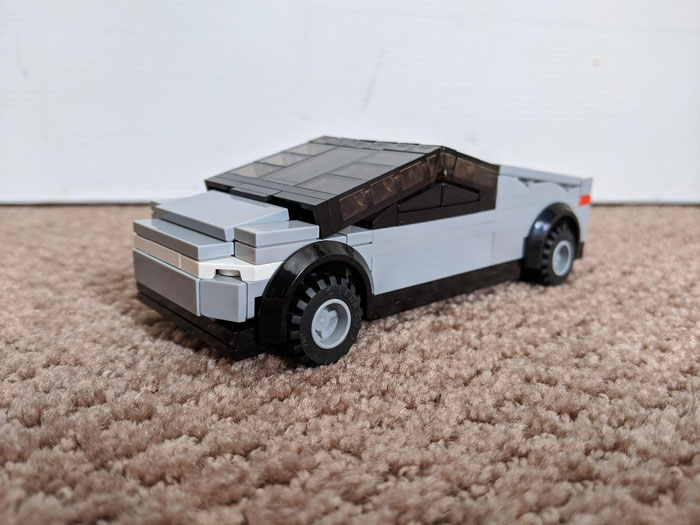 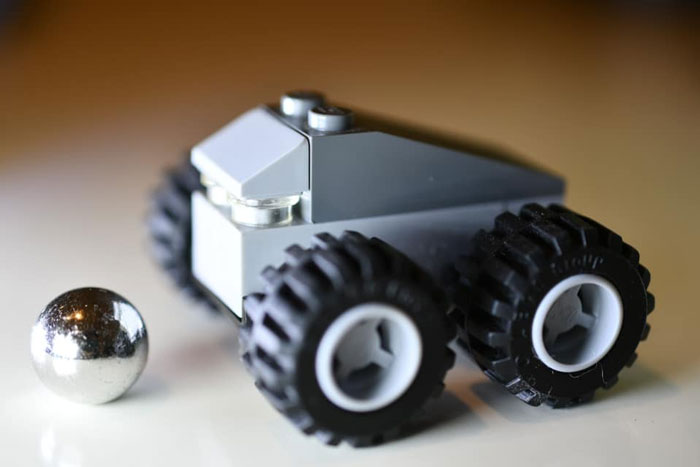 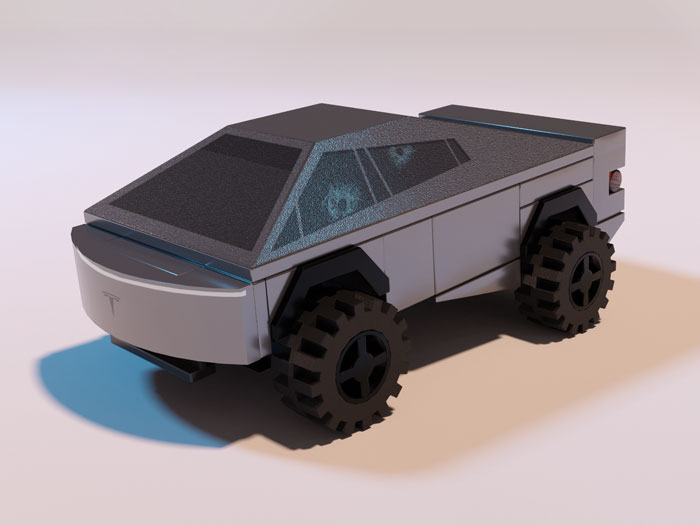 Despite the window snafu, Tesla has announced that they’ve received a record-breaking number of pre-orders

Despite its uncanny blocky design and window shattering, the Tesla Cybertruck still succeeded in creating a market for itself. As of writing, the pickup truck of the future has over 200,000 pre-orders since its unveiling. And that feat, Elon proudly highlighted, was accomplished without additional advertising and paid endorsements.

However, several observers are saying that the armor glass was intentional for PR purposes. We may never really know why the armor glass on the actual unit shattered, but judging from Elon and his designer’s reaction, we’d say that there truly is some room for improvement for the futuristic truck. One thing is for sure though. Once these Cybertrucks roll of the production floor, we’ll officially be in a whole new age of transportation. Pre-order the Cybertruck here.