Home » Uncategorized » 16 Pokemon Based On Things From The Real World

16 Pokemon Based On Things From The Real World

Across all the Pokemon games, there are currently more than 700 different pokemon out there for aspiring trainers to find and catch. With that large amount, you can understand why the folks in charge of coming up with the pokemon and drawing the designs might turn to the real world for inspiration when creating new critters. In fact many of your favorite pokemon are probably based on something that actually exists, whether a plant, an animal or an inanimate object. Check out this list courtesy of 9GAG featuring sixteen pokemon that are based on things from the real world!

1. Caterpie is based on the Eastern Tiger Swallowtail Caterpillar.

2. Chatots are very similar to yellow collared lovebirds. We love the range of colors here!

3. Mudkip is based on the axolotl!

4. Mr. Mime is a clown like performer who uses gestures and movement in place of spoken words to suggest action and emotion!

5. Vileplume is a Rafflesia arnoldii. One of our favorite Pokemon!

6. Trubbish, as you may have guessed, is pretty much modeled after a bag of rubbish!

8. Victreebel is just like a pitcher plant! We wouldn’t want to be around either of them to be honest!

9. Stunfisk is a stargazer! We had never seen one before. They are kind of scary and kind of intriguing!

10. Shellos is based on Chromodoris lochi. Some of these creatures are so beautiful!

11. Krookodile is like a gharial. Look at the similarities with the noses! 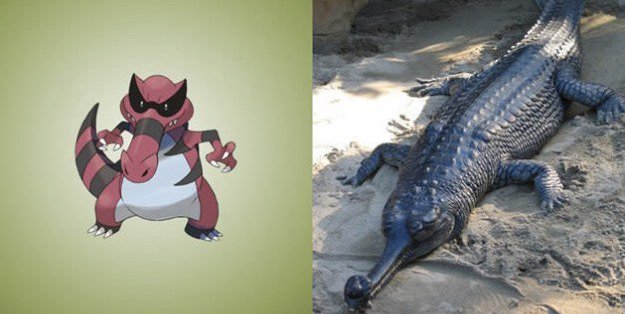 12. Luvdisc is based on the kissing gourami. Pucker up!

13. Gorebyss has a striking resemblance to the long nosed chimaera.

14. Sandslash is a pangolin. Despite their hard looking exterior we find these guys totally endearing!

15. You may or may not have spotted that Poliwag looks rather similar to translucent tadpoles. 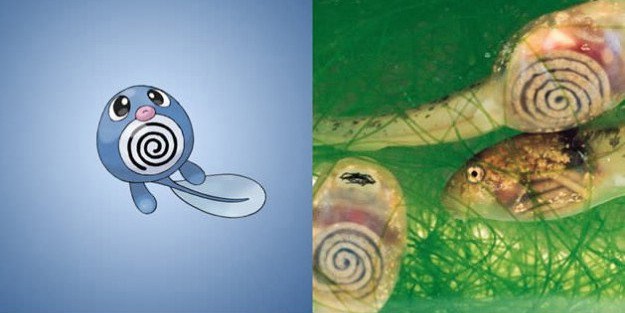 16. Is it a Drowzee or is it a Malayan tapir?! What a gorgeous pattern the real animal possesses!