At the time of writing, we’ve just heard the sad news that Alan Rickman, who played ‘Professor Snape’ in the ‘Harry Potter’ movies, has passed away. It was only at the very end of the series that we learned (spoiler alert) that Snape had been a good guy all along. But, even before the big reveal, whether you loved or hated Snape, you’ve got to admit that he had some wonderful moments. We’ve collected just a handful of the best of them for you. Here at Awesome Inventions, we’ll remember Alan Rickman fondly, but most particularly for his role as the reformed ‘Death Eater’ who turned out to be a hero! Always! Check out his best moments!

The time he protected the children when ‘Lupin’ turned into a werewolf!

When he gives the best shrug ever.

When he has to keep his cover on being confronted by ‘Professor McGonagall’ and you can see the pain in his face when raising his wand at her!

When he deflects McGonagall’s attack and uses it against the ‘Carrows’.

When he trolls Lupin by saying ‘Out for a little walk… in the moonlight, are we?’, classic!

All those times he walloped ‘Ron’ or ‘Harry’ over the head!

…rather a lot of them!

When ‘Hermione’ wore on his patience and he took five points from ‘Gryffindor’.

When he totally owned Harry after giving a dumb answer! 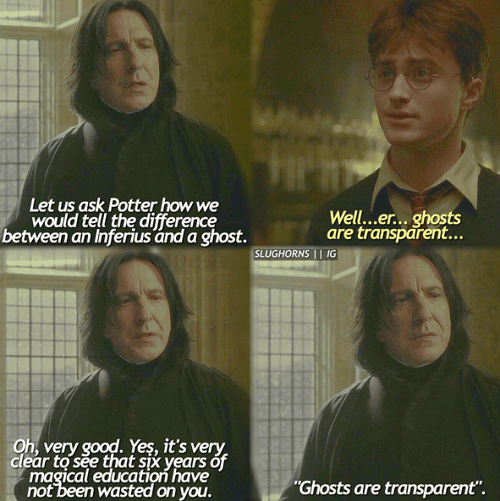 When he gave Harry an important nugget of truth!

And, when he finally noticed there was a little bit of ‘Lily’ in Harry.

When we found out that his ‘Patronus’ was a doe.

When he told Harry to take his tear to the Pensieve!

And the entire flashback about him and Lily was completely heartbreaking!

When Harry made sure the truth was known in future generations. 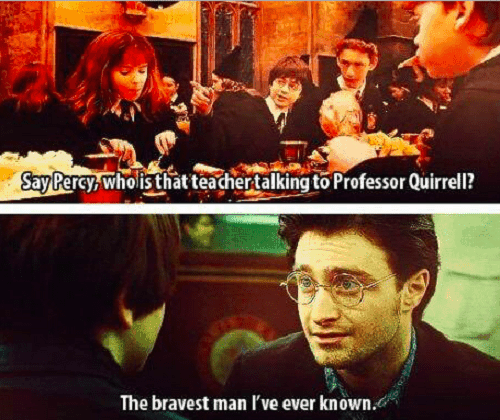