This Harry Potter Hogwarts Puzzle Glows In The Dark

What’s up, Potterheads? It’s almost been a decade since the iconic fantasy film series concluded on the big screen. So, if you’re missing Harry Potter as much as we are, this glow-in-the-dark Hogwarts puzzle will bring you back to the magical school of witchcraft and wizardry. Now, you can relive the fantasy and reignite the biggest geek in you while putting your puzzle-solving skills to the test.

For now, you probably have completed the 3000-piece Harry Potter-inspired jigsaw puzzle featuring the magnificent boarding school of magic. And if you’re looking to take the challenge up a notch, this glow-in-the-dark puzzle is the thing for you. This jigsaw puzzle only has 550 pieces. So, you may think this would be a lot easier than the one with 3000 pieces. But don’t let this number fool you. Instead of high-definition graphics, this one has glow-in-dark elements printed on black jigsaw pieces. 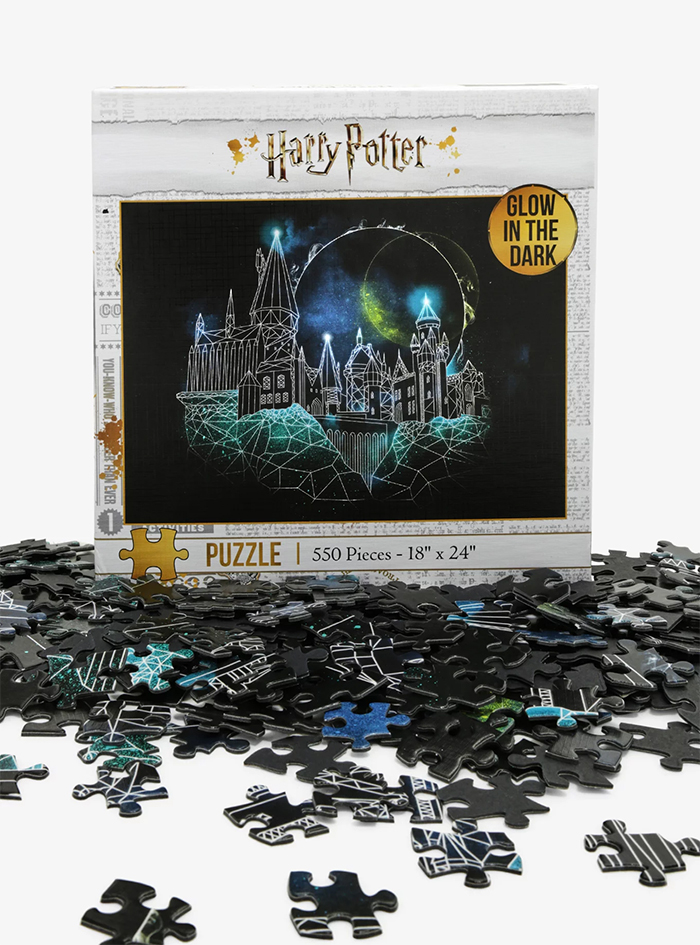 Puzzle pieces with detailed pictorial images are easier to put together because the image itself serves as the template. This glow-in-the-dark puzzle, on the other hand, has only lines and minimal patterns to guide you. Furthermore, the borders are all black making it extremely difficult to start from the edges. Starting from the center out would be the easiest way to go. But don’t take the word ‘easiest’ too seriously. Each piece is uniquely-shaped which only makes it even more difficult to assemble. 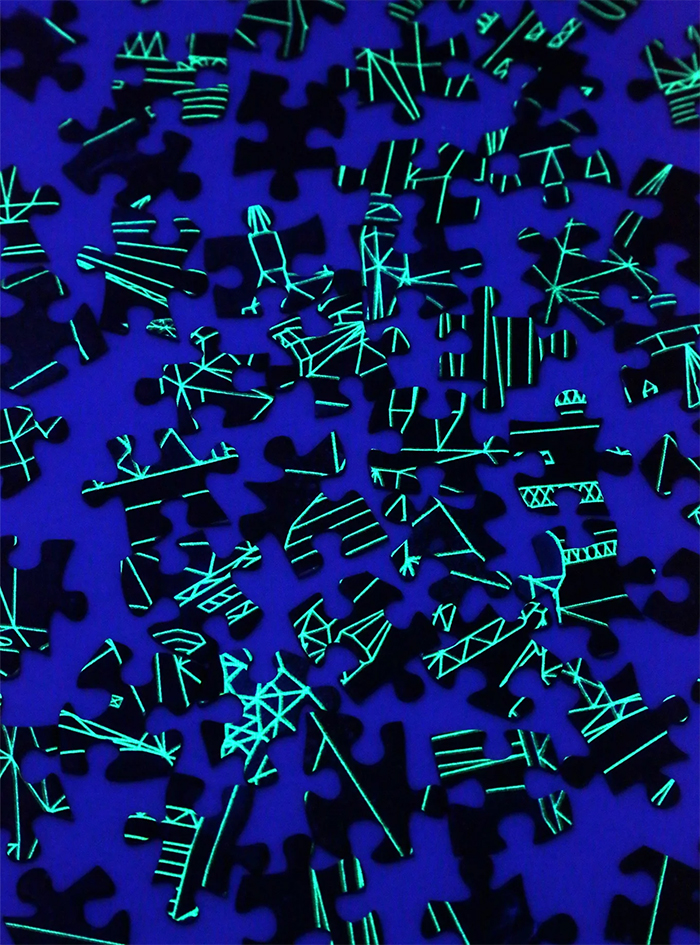 Well, we did tell you that this is a very challenging puzzle. So, you’re going to get what you wished for. But once you complete the puzzle, you’ll see that all the patience and time you’ve spent are all worth it. The real magic starts when you turn off the light and watch the famous school become even more magical. The completed puzzle should measure 18 inches by 24 inches which makes it the perfect size to frame and display in your home. One satisfied buyer wrote:

“This is by far the most interesting puzzle I’ve ever done! It took me a good solid month to complete this puzzle. I loved that the pieces were so unique. It made it that much more difficult, but at the same time exciting.” 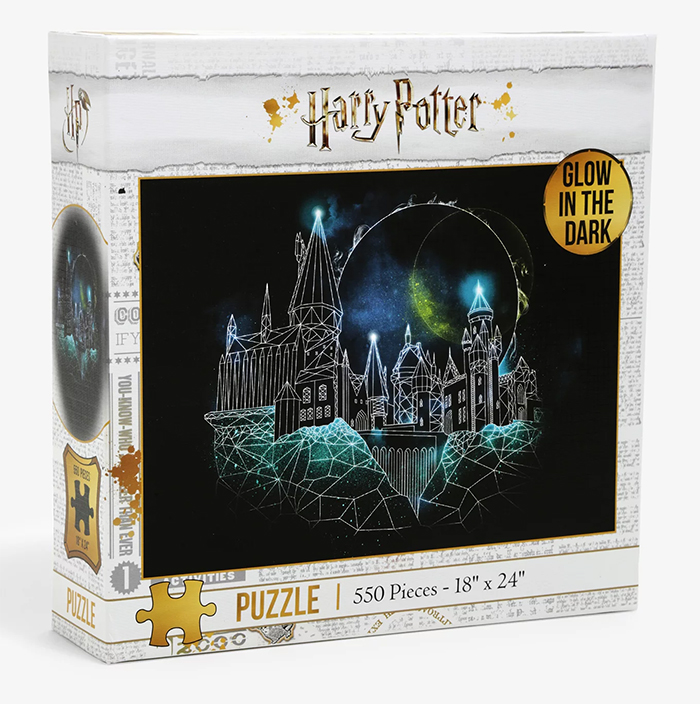