Plastic pollution in the ocean is a serious issue. But many of us still turn a blind eye to this environmental problem. National Geographic seeks to open our eyes to the reality and peril of plastic wastes to the marine ecosystem. The National Geographic cover for June 2018 is a perfect depiction of this issue. Along with the tagline Planet or Plastic?, the cover features a submerged white thing that looks like an iceberg. But on closer look, you’ll realize that it wasn’t an iceberg. Rather, it’s a white plastic bag floating on the surface of the water. The clever National Geographic cover illustration by Jorge Gamboa has gained overwhelming praise from the public. 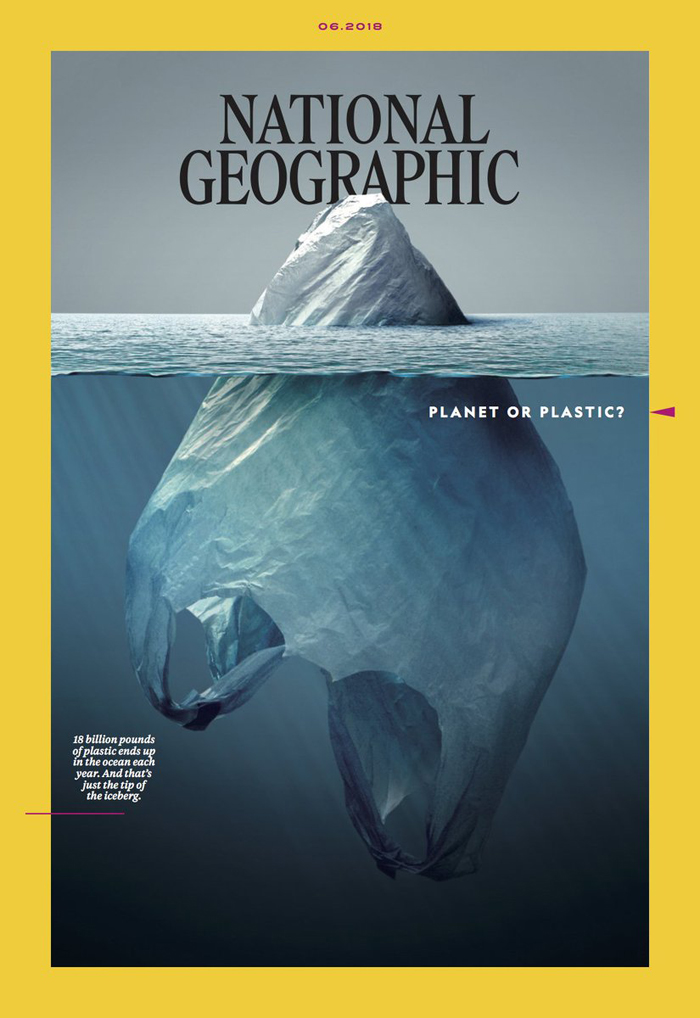 The cover illustration serves as an eye opener to enlighten us about the dangers of plastic pollution. Gamboa’s brilliant use of metaphor on this illustration is so on point and the message is very clear. Public’s understanding of this issue is just the tip of the iceberg. While people are aware that plastic pollution exists, many are still unaware of its harmful effects to the ocean. Sadly, some of us still don’t know that plastic wastes are killing millions of sea creatures and seabirds every year. And if you think that throwing a single plastic bag into the ocean is okay, then think again. If we don’t change, there will be more plastic than fish in our oceans by 2050.

It’s not too late to save our marine ecosystem if we act now. This is definitely what the National Geographic cover illustration wants to convey to the public. Gamboa initially created this photo-illustration for Bolivia’s Biennial of Poster Art in 2017. It won first prize in the political and social posters field. Furthermore, the illustration took the attention of National Geographic editors and finally made it to the magazine cover.

After the unveiling of the cover on Twitter, the post garnered the appreciation and approval of the people. 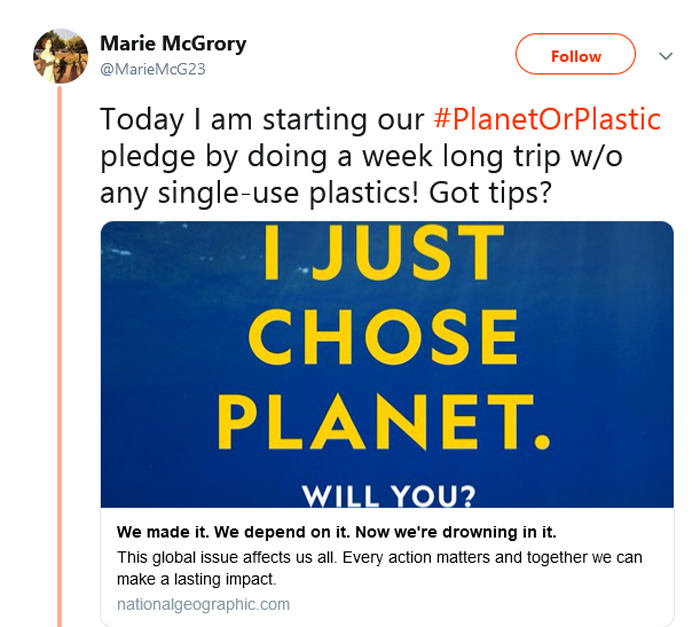 To further promote the eradication of plastic pollution, the magazine decided to replace its plastic packaging to paper instead. Subscribers around the globe will expect to receive their copies in paper packaging by the end of 2019.

In order to stay faithful to the cover, the articles in this edition focused on the issue of plastic pollution. One article looks back at the history of plastic and how this material turned out to ruin our planet. Some articles also tackle the environmental crisis we are facing now due to the unbearable amount of plastic wastes.

Other companies are also lending a hand to reduce plastic pollution. Shoes that are made from ocean plastics, six-pack rings made of biodegradable materials, and banana leaf packaging. These are some of the clever solutions and alternatives to help minimize plastic consumption. Now it’s your turn to ask yourself. What can you do to save Mother Nature?