Examples Of People Having A Bad Day

We all experience good days and bad days, it’s just how life works. But, sometimes the bad things are just too much for any of us can handle. Fortunately, there are those who are experiencing far worse than any of us. Below we have a list of people having a bad day. Let’s go check those out and maybe even wish them a “good luck” on their future days…and hope what happened to them doesn’t happen to us.

I can’t imagine how she’s feeling right now. She deserves more than just a discount! She deserves to get free pairs of shoes after what her foot went through.

If I were really hungry, I’d probably pick all that up. Wouldn’t you? At least this boring sidewalk doesn’t look that boring anymore. Everyone can enjoy looking at that beautiful mess.

I’m not sure when a problem is far more worse…whether it’s your fault or somebody else’s. Look on the bright side, at least it wasn’t hard rain that got in the car.

I think that this is one of the kindest things Gordon has ever said to anyone about their food. Gordon is obviously known to roast anyone who tags him in their food posts, but hey at least he ignored yours for a while.

At least at one point, you had money. Just so happens, you lost a big chunk of it. And wait, where did that button come from?

Maybe the kid thought his gloves were a fashion train wreck. But, I’m not even sure either. I wonder how they resolved this problem.

Probably wasn’t a good idea to eat cereal outside that day.

Well, this isn’t too bad, but it can be a bit uncomfortable. I’m sure her mom wont mind that they share beds because no full-grown woman is okay with lying down in a bed that small.

We doubt that is what she wished for!

Think you’re having a bad day? Well trust us when we say someone else is having a far worse day than you are! Sometimes luck is simply not on our side when it comes to day to day tasks.

His face says it all. It’s a common “I’m screwed” look. Luckily, I don’t recall having made that face before and I hope I won’t have to…ever. This guy has a lot of cleaning up to do.

…and that’s when online streaming got popular. Maybe online streaming companies had something to do with this? It doesn’t matter now because almost nobody cares about having cable anymore. Let’s just hope the cable guy is okay. 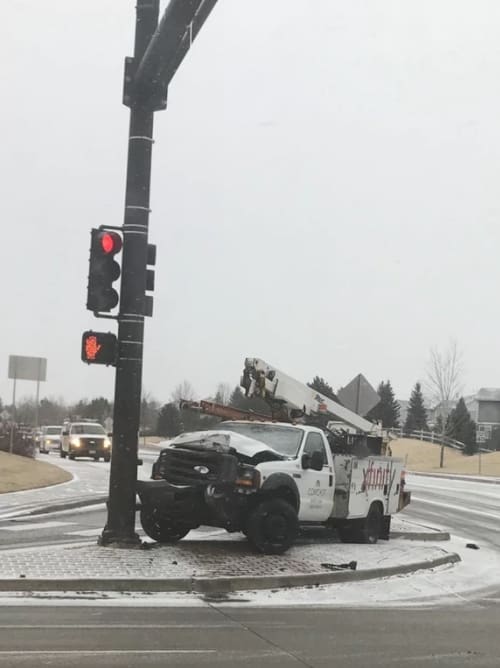 What bad mornings are made of.

Oh look! It’s a cat. In a package. Hmm… The cat seems angry, maybe he wasn’t supposed to be in the box? Let’s just hope that they really ordered the cat and wasn’t duped.

What a typical Monday at the office looks like.

The urge was real.

Santa got lost, unfortunately. At least we know he’s’ real!

They say that having lots of money will only cause more problems. It may feel nice to feel wanted at times, but too much is just exhausting. Looks like Owen Wilson totally agrees with that notion.

Camping is fun, they said.

Here are people that are the very definition of a bad day. From sitting on wet paint to getting sunburned while eating outside, these photos will give you comfort and make you grateful your fate isn’t as worse as them.

Imagine the level of frustration when you can’t complete a puzzle because you’re missing one measly piece.

You had ONE job! Probably going to want to throw that out…

Seems like he didn’t plan this one well. Guess he’ll have to wait for it to dry.

This is why waking up early is important.

The seconds before realizing you’re about to get seriously embarrassed.

When even your car gives up on you.

Remember the movie Nemo? Any dead fish pet don’t deserve to be flushed down in the toilet. Every pet deserves a memorable funeral…even really tiny fish. This guy is doing it right.

That’s my sister on the right about to have a really bad day.

Here we have some unfortunate times when people had a very bad day. Take a look and hopefully these images will make you feel better!

When you accidentally drop your phone and can’t have it back. Thanks for the memories, phone!

When you’re not a morning person.

The best way to stay awake during class.

When the spider outsmarts you.

Clearly, he ain’t happy. He still looks cute though.

We all have our bad days. As soon as one bad thing happens, it seems a snowball effect occurs and things just get worse and worse. Although these situations are frustrating, the best thing you can tell yourself is that there’s always someone out there who’s got it even tougher.

What an terrible waste!

We wouldn’t even know where to start when it comes to the clean up of this situation!

This is why some people don’t like being positive…

This is just awful! Poor guys…

We can just imagine the rage and sadness you would feel in this situation!

Well, this is one sign you’re definitely going to have a bad day.

It’s all over the front as well! How did this happen?!

What a tragic mess.

Not the best first impression you could make!

Bless her! The pained expression says it all.

Let’s hope that this guy wasn’t on his way to a special event!