Nike makes an unusual move and challenges the status quo with a plus size mannequin on display. Of course, people had heated reactions. Read on to know what happened.

When discussing women’s bodies, it’s not uncommon to hear controversies. Whether these women are too skinny or too fat, whether they’re too tall or too short, the definition of what’s normal can still be questioned on and on and on.

Such is especially the case in the fashion industry, where women engage in warfare for inclusiveness. Even when decades have already gone by, the fight for normalization still appears to be a long shot ahead.

Nike made a thought-provoking move concerning women and inclusiveness

Interestingly, though, one of the world-renowned sports attire brands has introduced something an unusual and thought-provoking move into the equation. At their store in London, Nike displayed plus-size as well as para-sport mannequins.

Of course, as you would expect, a discussion erupted. Now, the brand’s flagship store in Oxford Street has shown dedication to a celebration of inclusivity and diversity in the world of sports. 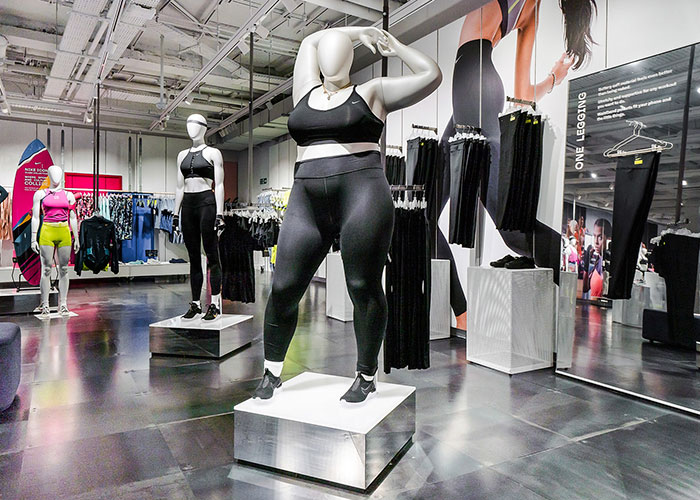 The company displayed a plus size mannequin and more

Aside from the plus size mannequin, Nike has also overhauled the women’s floor in that same flagship store. Now it features a space dedicated to women. Named Expert Studio, the dedicated space provides customizations for sports kits for teams. Moreover, they’ve also got a service that realigns leggings and fits bras.

Sarah Hannah, the Vice President of Nike for Europe, Africa, and the Middle East, explains their advocacy:

“With the incredible momentum in women’s sports right now, the re-designed space is just another demonstration of Nike’s commitment to inspiring and serving the female athlete. This is more than a shopping experience, it’s a destination to celebrate sport just in time for an incredible summer of football, netball, athletics and more.”

Nevertheless, as in any kind of story, there will always be two opposing sides. In fact, there were a lot of people who were not very supportive of the movement of inclusivity.

For instance, Steve Miller, TV personality and author of the book Fatnosis (which was about weight loss), shared his rather unsupportive feelings toward the move.

On the other hand, a Twitter user calling himself PAPA Trump congratulated Nike for a job well done. He then suggested a slogan that goes on to say:

“Buy our stuff and workout, or you’ll be unhealthy and overweight like this mannequin.”

Meanwhile, another tweet went on viral with 14,000 likes. It said:

“Class from Nike showing fat customers how awful [you] would look if [you] purchased these items.” 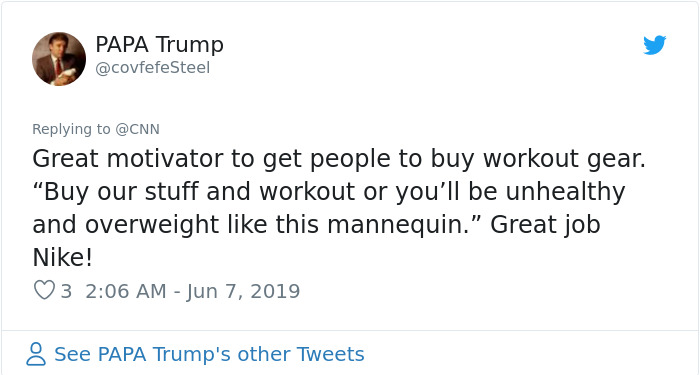 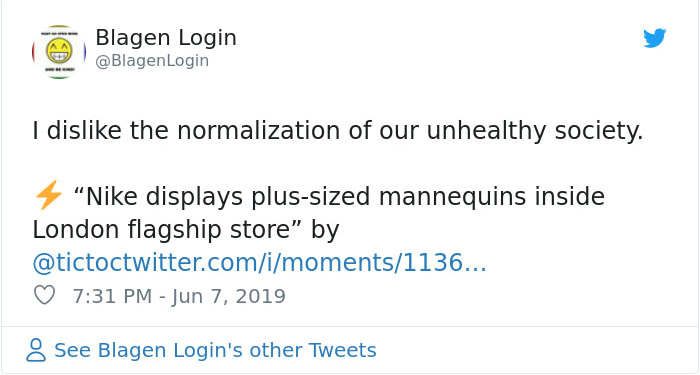 Despite these adverse reactions, there were still a lot more Twitter users who chose to celebrate with Nike in its initiative. One Tweet said:

“[I don’t know] why but this Nike mannequin makes me feel so empowered.”

Meanwhile, another Twitter user went on to express the following: 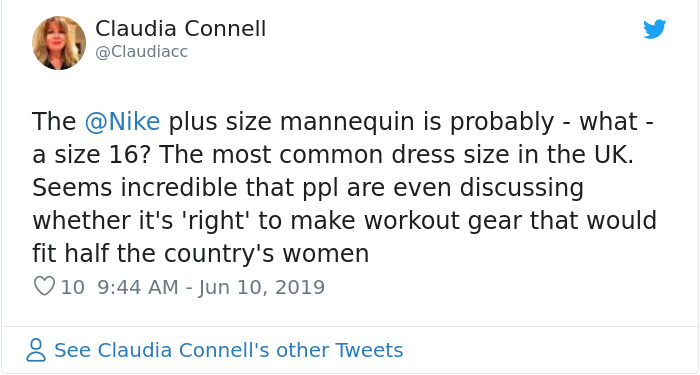 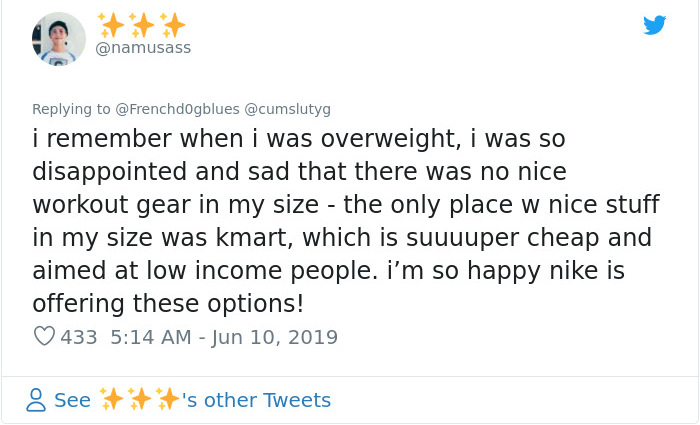 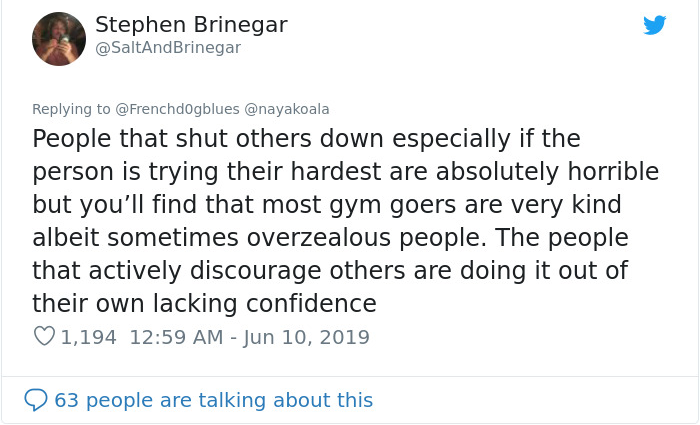 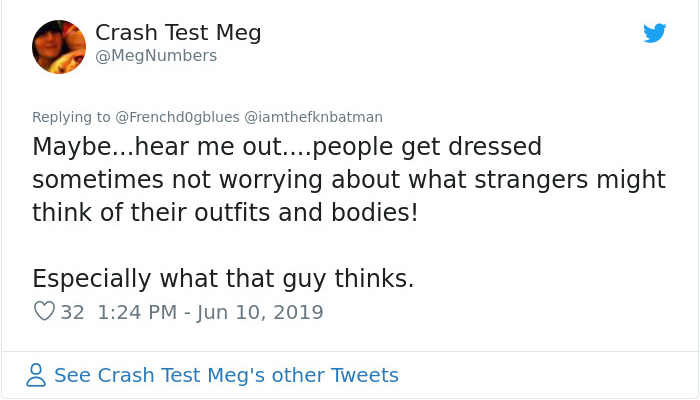 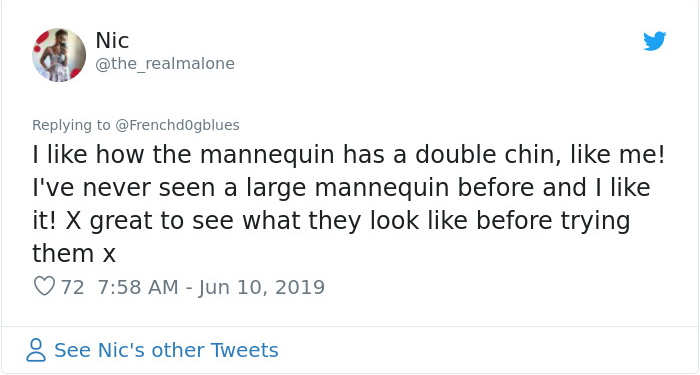