Cake designs have drastically evolved over the years that the dessert has become more of an eye-catcher than a food. Today, pastry makers are introducing out-of-this-world cake creations that are unlike any other. Obviously, people would prefer fabulous-looking treats over the plain-looking ones, regardless of the taste. That’s how aesthetic feature can influence the preference of the people. For instance, the space-themed cake that remarkably represents an entire galaxy has been the talk-of-the-town in the pastry industry. As expected, people were fascinated by it. And to contribute to this cosmic culinary trend, Ukraine-based Musse Confectionery creates galaxy eclairs. 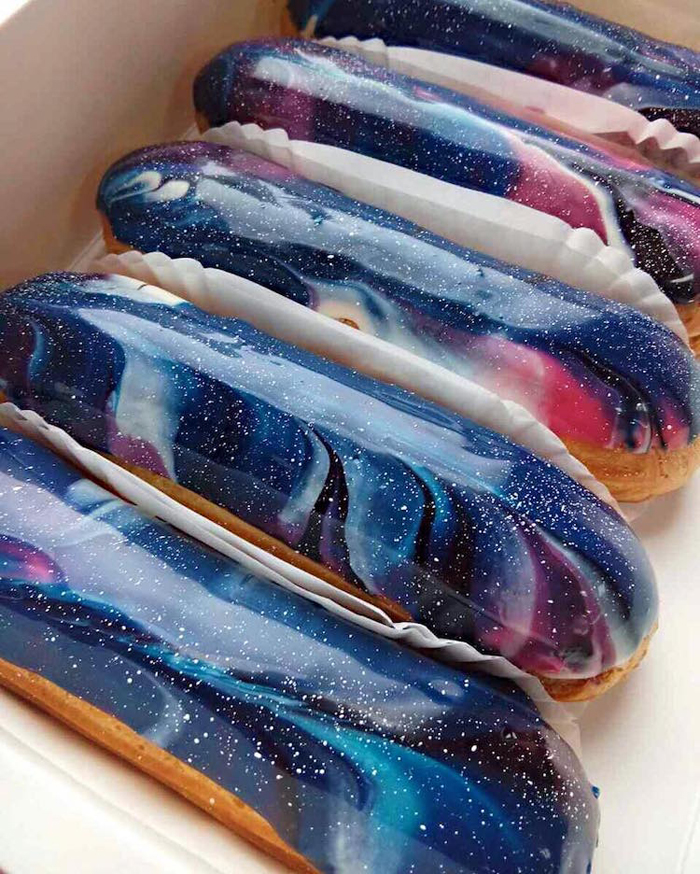 These galaxy eclairs are topped with icing that resemble the outer space along with swirling galaxies and specks of stars. The icing is mostly made of sugar and food coloring in blue, purple, and pink. In order to mimic the appearance of outer space, the pastry makers created swirling glaze with dusts of white stars. These space-inspired eclairs are not only appealing to the eyes but are also delectable. They come in five different flavors – chocolate, vanilla, salted caramel, raspberry, and pistachio. Musse Confectionery offers you to take a bite on this tiny piece of the universe. 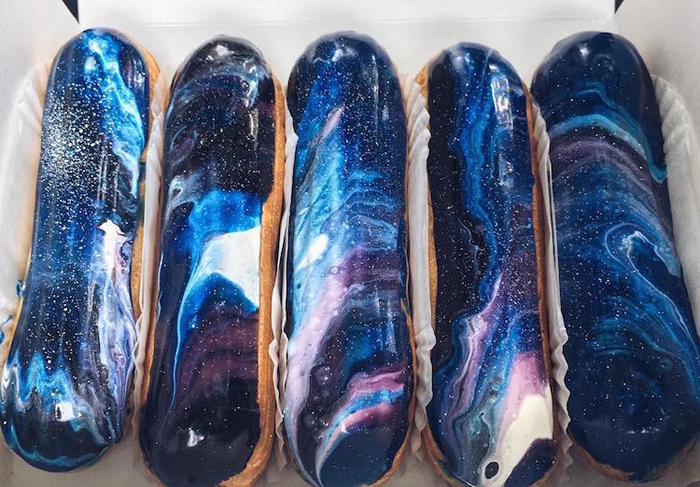 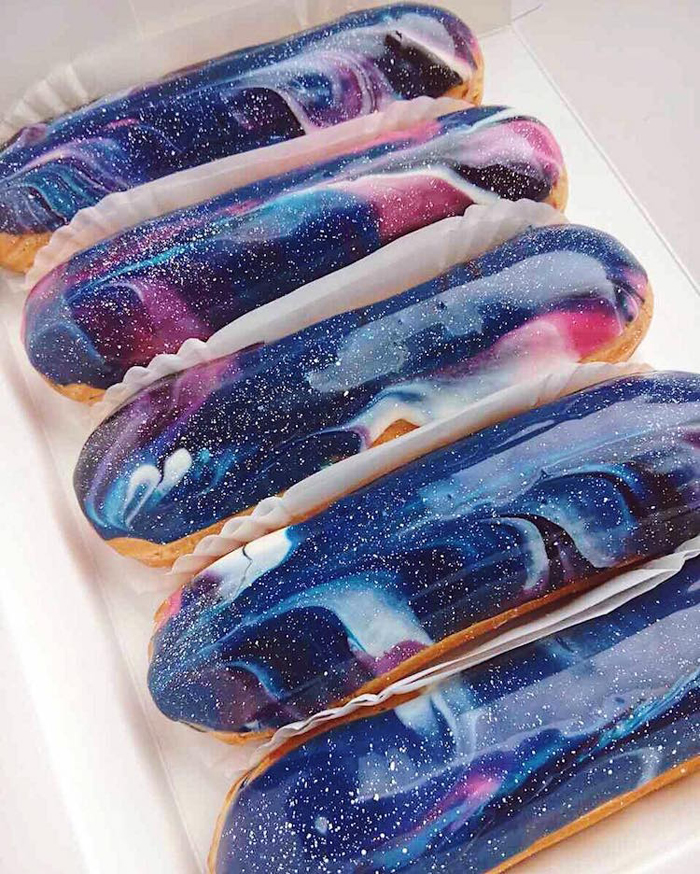 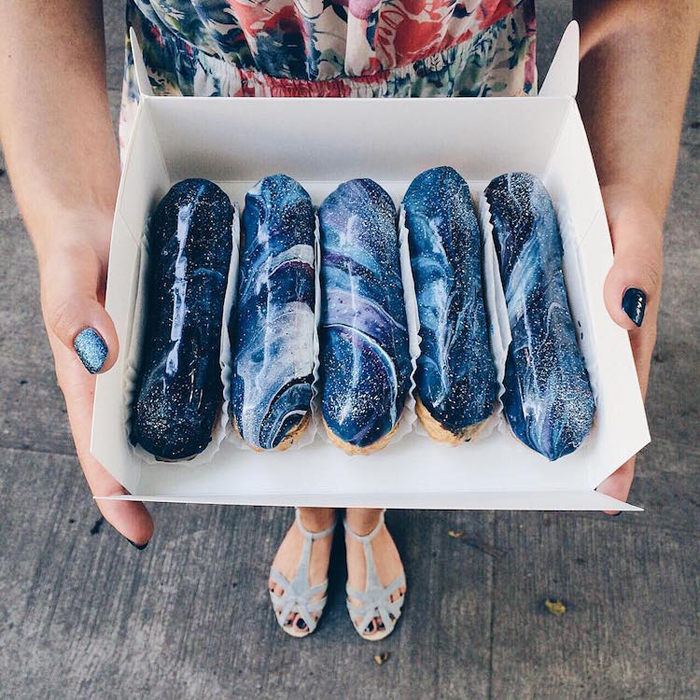 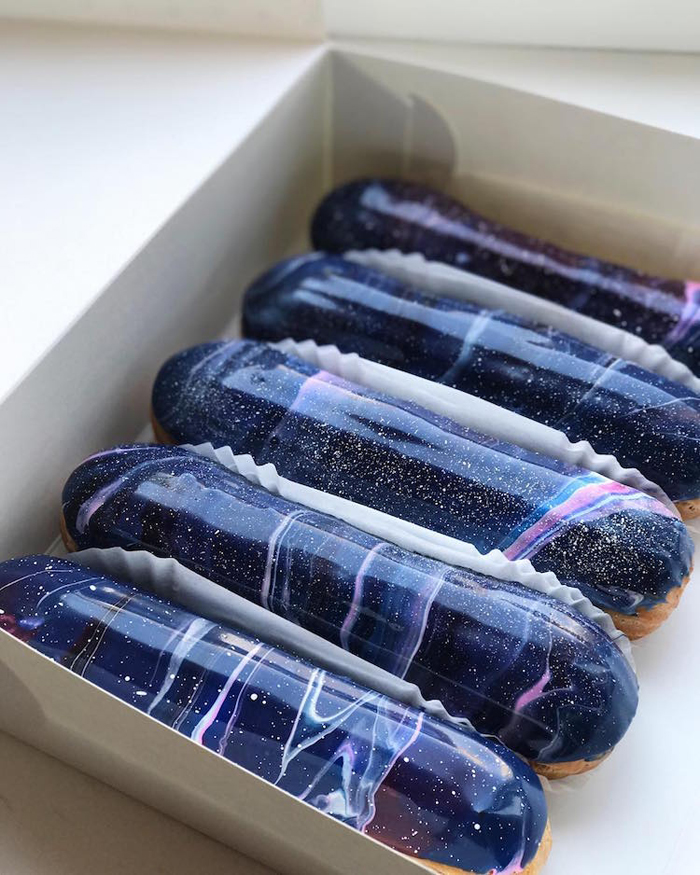 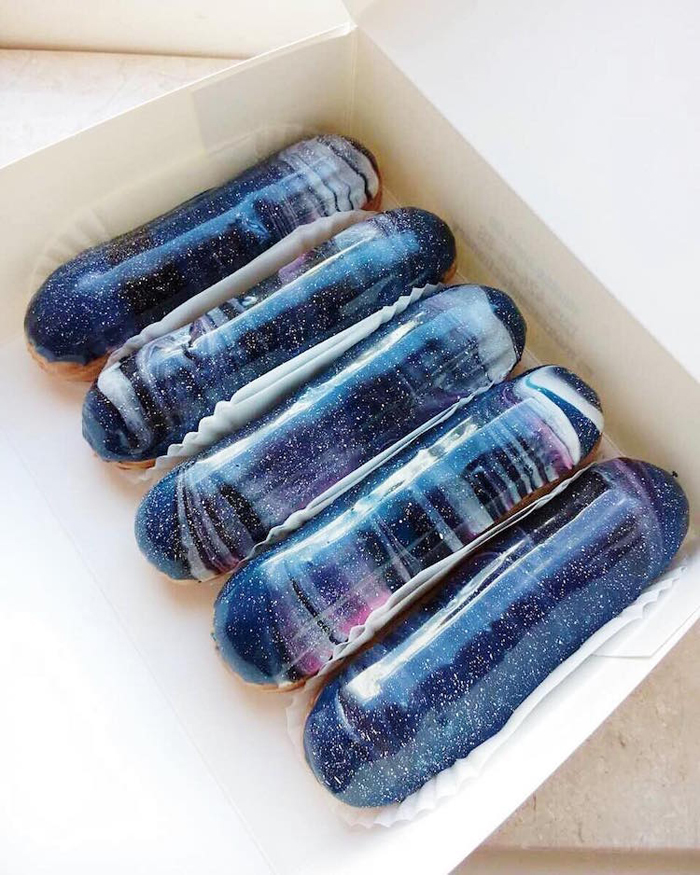 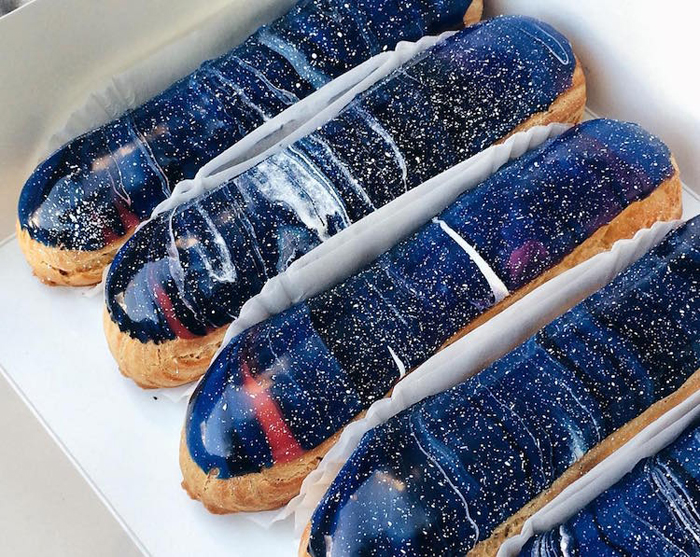