A short while ago, we were electrified by a news leak about the upcoming Mountain Dew Frost Bite. The leak came from two overly-excited insiders. Naturally, it didn’t take long for Dewheads to launch a full-blown discussion about it. Theories about its flavor and unofficial concept art were made. But now we can finally confirm that the Mountain Dew Frost Bite is indeed hitting the shelves this spring!

This exciting confirmation follows after the brand’s announcement of their other releases like the Baja Blast and the Atomic Blue Soda. Honestly, is it just me or is Mountain Dew really hustling with all these releases!? It can get quite confusing to track which tentative flavors will actually be coming out and what won’t… But we’re so excited to try the Frost Bite, for sure!

New Mountain Dew Frost Bite is up on Walmart's website! This flavor is exclusive to Walmart and is expected to have a late March release. The soda will be sold as 20 fl oz bottles and 12 packs of cans. The description on Walmart's site is "the taste that chills." u/Jackadams03 on Reddit received a can early and claims it has a berry flavor without mention of a cooling taste.

More and more people are discovering these cool new sips by the day. In fact, a pair of Redditors have shared photos of the actual drinks. Redditor u/mtndewinsider posted an ‘unopened’ bottle of the new Frostbite drink while u/Jackadams03 showed the soda in can form. According to u/mtndewinsider, the Frost Bite will either be available sometime in late March or early April, depending on the location. In addition to that, the Redditor also shared that the intriguing new drink will be a Walmart exclusive. So if you don’t live near a Walmart, then you’d better watch out for them to make Frost Bite available online! When asked about the taste, u/Jackadams03 noted that,

“There’s no designated flavor on the can, but I’d say it probably tastes like a sweet blueberry, with maybe a tiny hint of strawberry at the end.” 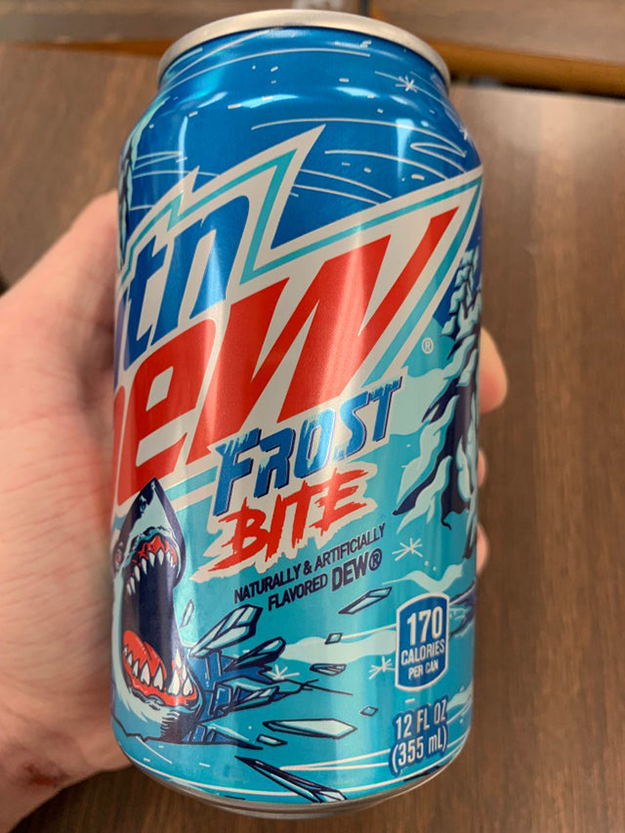 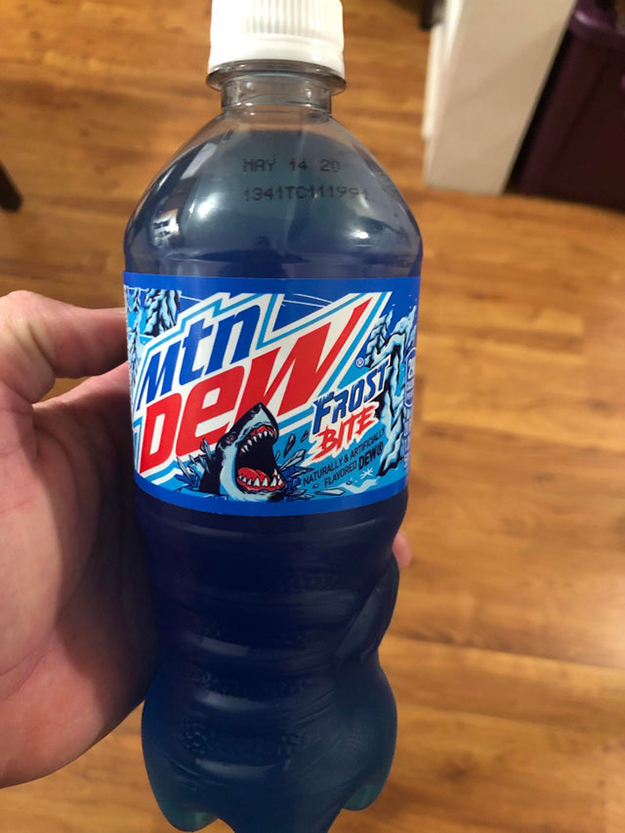 On the other hand, u/mtndewinsider says that the Frost Bite has a flavor profile that he’s never tasted before. Oh, the suspense! We can’t wait to snag a bottle or can for ourselves and finally solve the mystery of this Dew! As of writing, Walmart has already listed the Mountain Dew 20-ounce bottle and the dozen 12-oz cans on their website. However, the exclusive offering is currently listed as an in-store purchase only. So you’ll fare better if you go stalking Walmart’s actual soda aisle…