Most airlines allow pets in the cabin provided that they do not weigh more than 20 pounds. However, a Russian man tried to outwit this airline rule when he attempted to sneak his 22-pound tubby tabby onboard. Mikhail Galin was flying back to his hometown, Vladivostok, after a stay in Riga. Unfortunately, Aeroflot airline refused to let his chubby cat, Viktor, in the cabin since he exceeds the weight limit for pets. Most pet owners know the frustration of having their pets put in the cargo hold. So, determined to keep his kitty with him in the cabin, Galin improvised a way to sneak his cat on a flight. 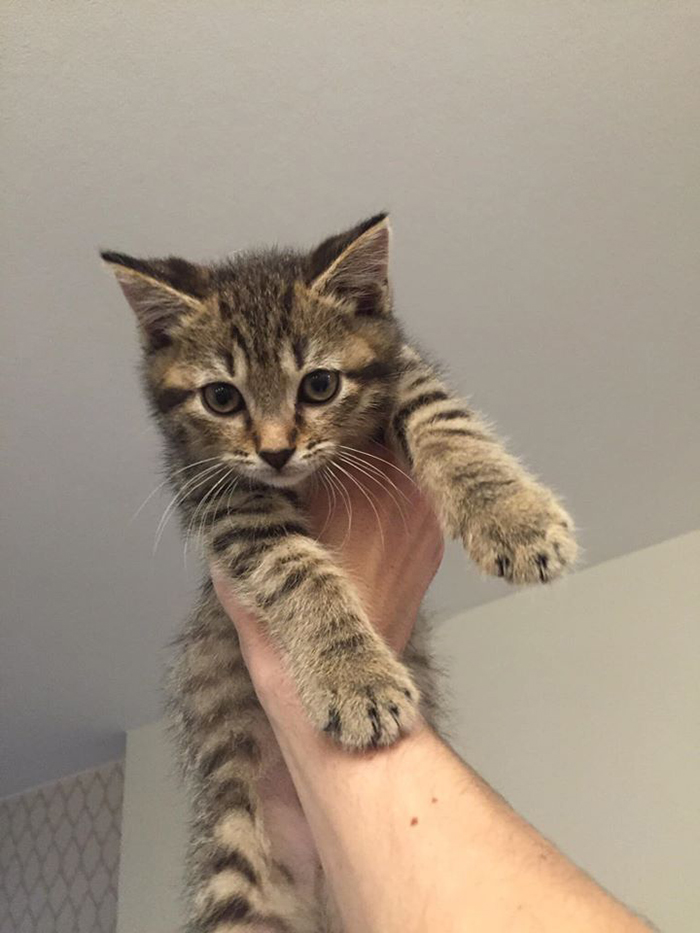 Trying to outsmart the system, Galin knew that the only way he could sneak his pet on the airplane is to trick the employees into thinking that Viktor’s not fat. Then, a clever idea suddenly popped into his mind. He put his dilemma on Facebook and asked his friends from Moscow if they have a cat similar to his tabby. His plan would be to switch Viktor with a friend’s skinny cat at the check-in and later swap the cats back before boarding the plane. That way, he could smuggle his overweight cat onboard. 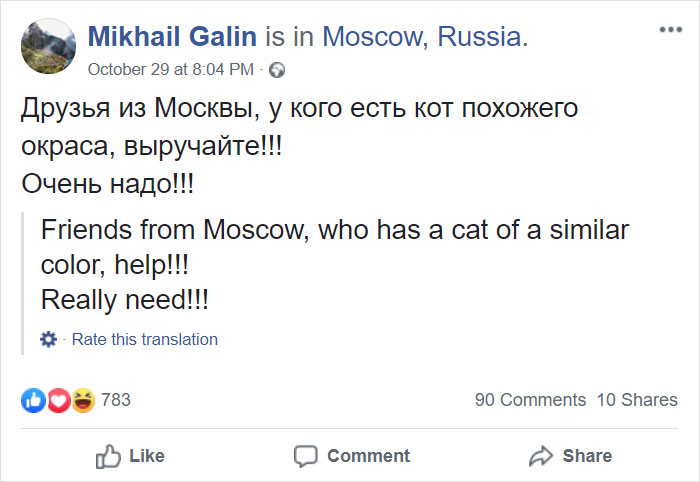 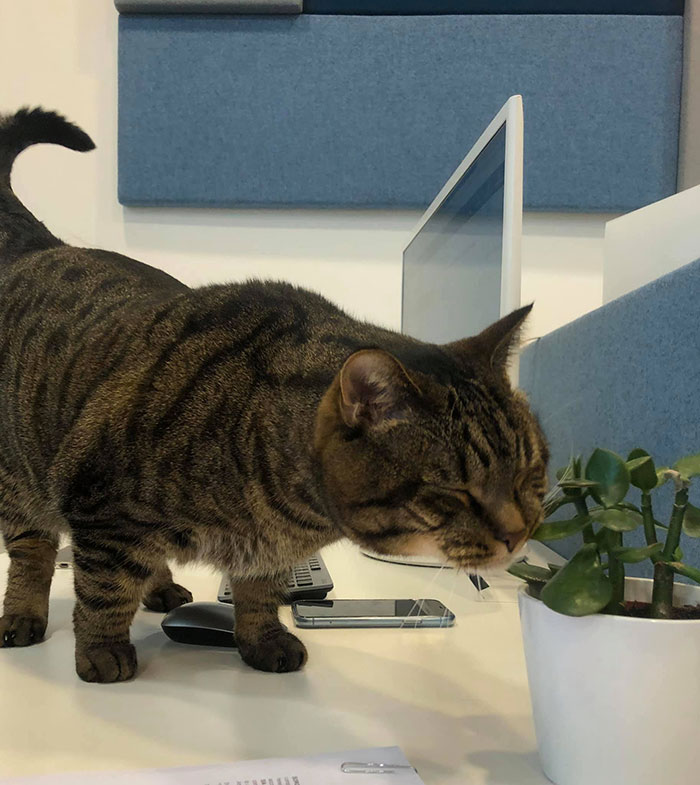 Luckily for him, a supportive friend came to his rescue and Galin’s plan was a success. He even shared some photos of him and Viktor enjoying the flight together in the cabin. But breaking the rules has its own consequences. Apparently, the airline employees later discovered that they were tricked by Galin. Furthermore, the surveillance footage showing Galin switching Viktor with another cat is enough evidence to confirm the tricky act. It goes without saying that Galin wouldn’t be getting away with it so easily after all. 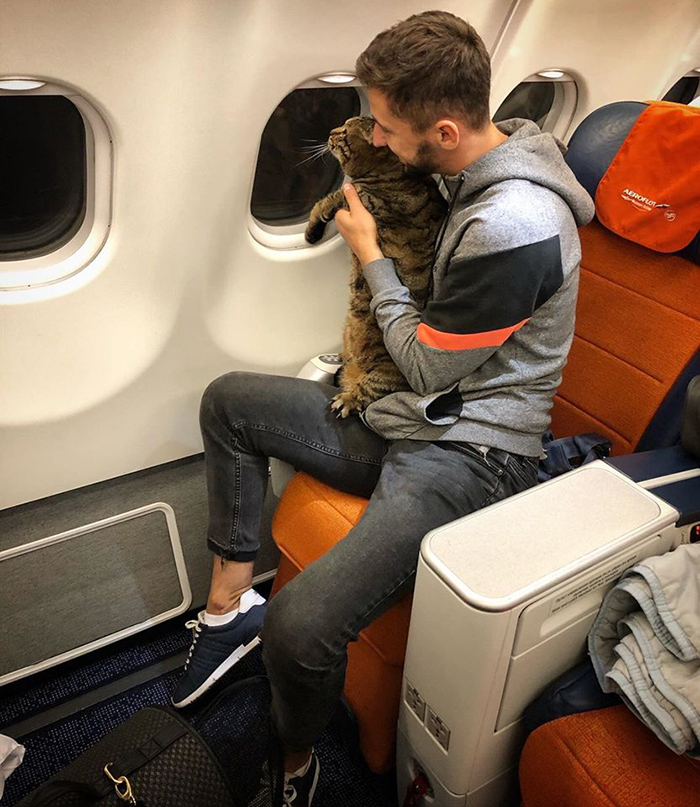 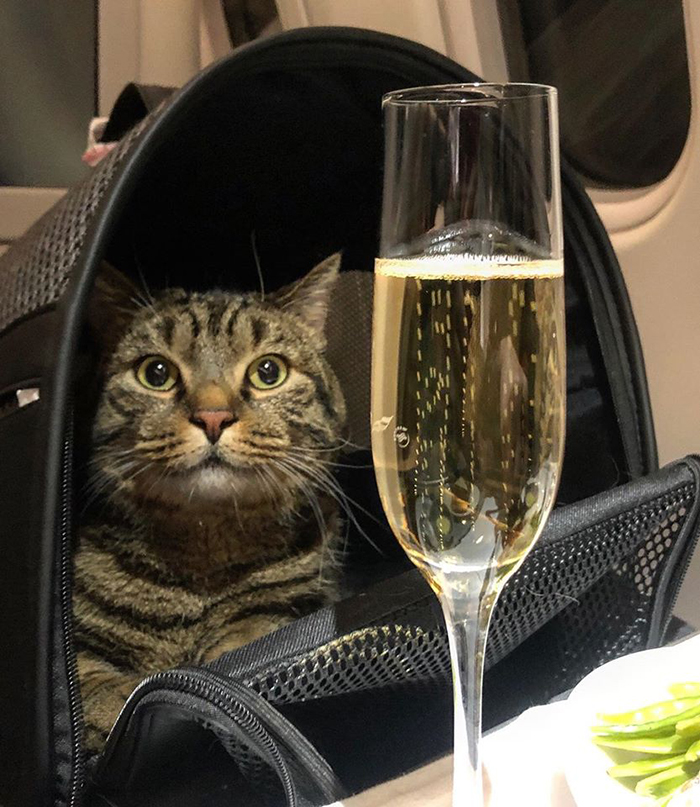 As a punishment, the airline decided to remove Galin from the frequent flyer program. But that’s not all, they also took away 400,000 miles from his account. But, that’s what you get for disobeying airline rules and trying to deceive airport staff. Galin later explained that his 4-year-old kitty is uncomfortable when flying and putting him in a cargo hold would make everything worse.

As a responsible owner, he had to find any way possible to keep his pet close and comfortable during the journey. All things considered, what do you think about Galin’s actions? Is it clever or just plain wrong? Are the punishments imposed by the airline too harsh or does the passenger deserve all of it? Let us know what you think in the comment section below.

Here’s what other people have to say about this: