Toys play a significant role in a child’s growth and development. And this is what the new LEGO ads hope to show in the “Build the Future” campaign in collaboration with Ogilvy Bangkok. The series of ads feature three young boys envisioning their dream jobs and building them block by block. One dreams of becoming an astronaut, the other one a firefighter and the last one a rock star.

Each ad features the kid inside the half-finished costume of the grown man that he wishes to be. This portrays how each of them is still building and working on the jobs of their dreams. At the same time, it also depicts how they’re already half-way to fulfilling them. Ogilvy Thailand Chairman Nopadol Srikieatikajohn explains the underlying concept behind the brilliant ads.

“Lego’s ultimate purpose is to inspire and develop children to think creatively, reason systematically and release their potential to shape their own future.” 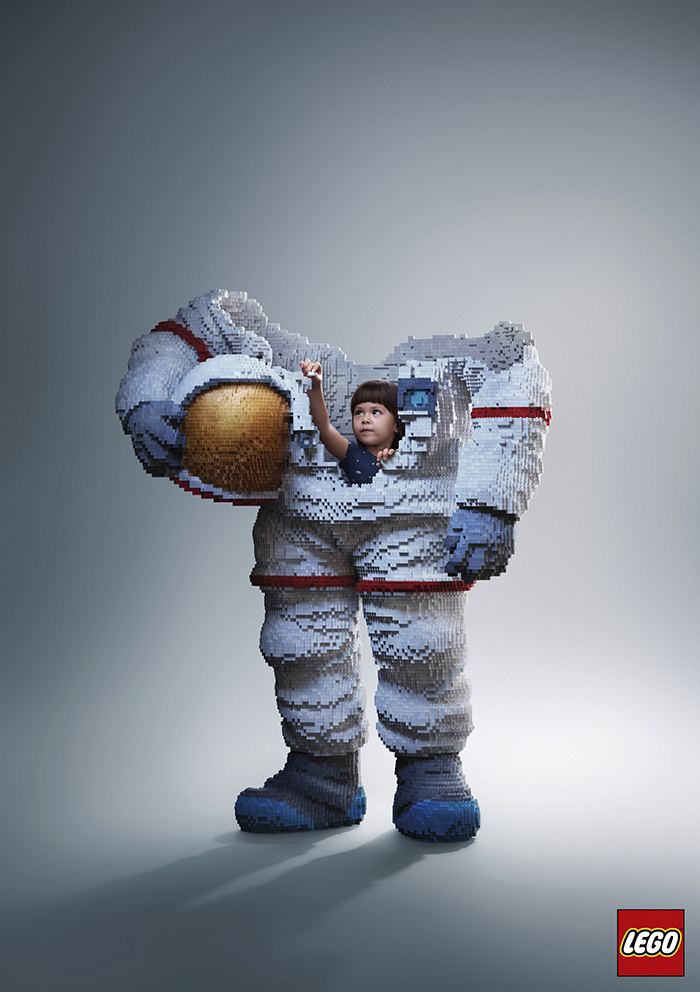 Srikieatikajohn further elaborated on the execution of their concept.

“We utilize the visual of a kid building with Lego bricks in the shape of his or her dream career. The Lego bricks that are being built symbolize the kids’ development, which gradually grows bigger and closer to their dream future.” 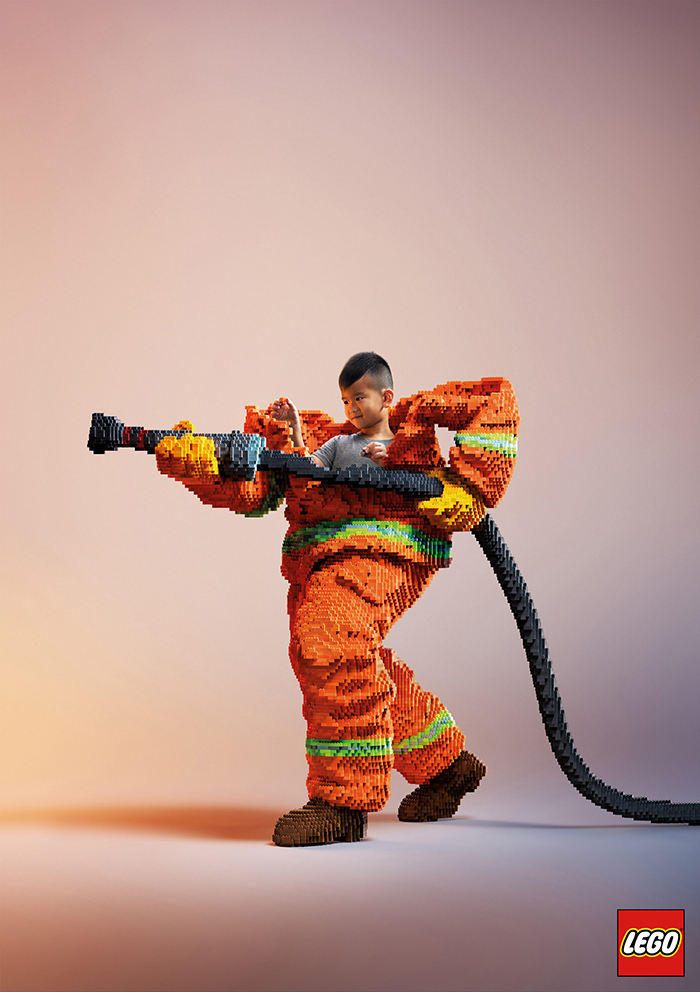 The award-winning agency also revealed that the giant brick costumes weren’t actually built. Rather, they were created with 3D illustrations by Bangkok-based CGI studio Illusion. Without a doubt, the campaign was a massive success. It bagged three silver Lions for Print and Outdoor and a bronze for Design at the 2017 Cannes Festival. 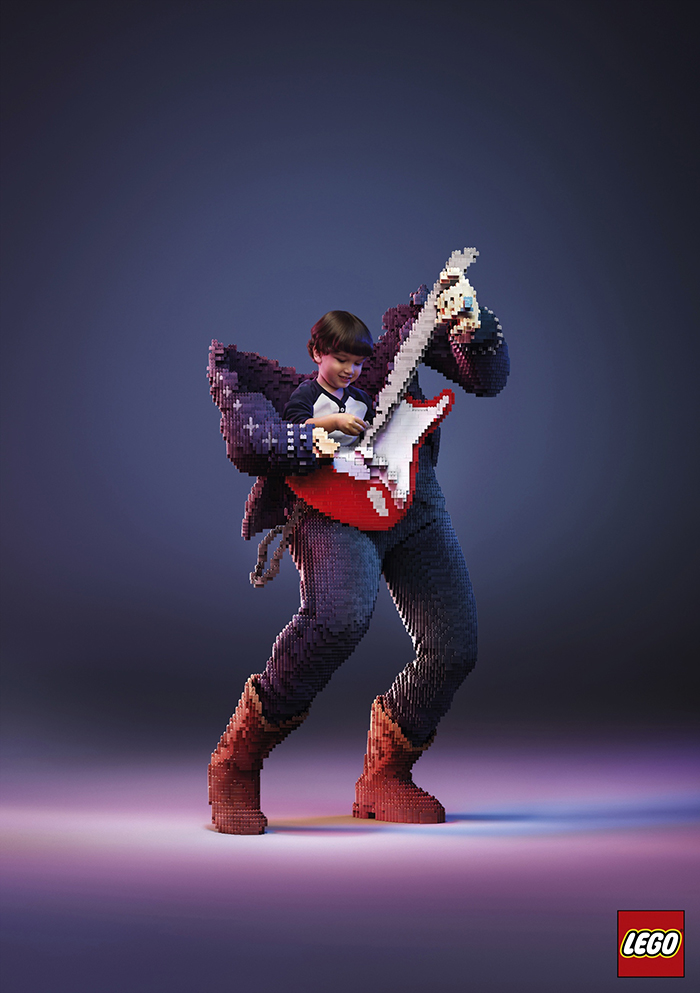 In addition to implementing groundbreaking advertising campaigns, the toy brand is also doing fairly well in terms of product development. For one, they have recently released a wooden Minifigure collection which inspires a whole new level of creativity. The company has also previously launched a Braille Bricks series to help make reading more fun for visually impaired kids.