Cats give us about a million reasons to adore them. Their baffling antics never fail to amaze us. The internet is literally littered with billions (we’re just guessing but it’s highly likely) of cat-oriented content. Felines literally rise to fame without them even actually meaning to – they’re just being themselves. One such cat is Keys, who also goes by the nickname GoalKitty.

Most cats become famous because of their naturally adorable looks. But Keys took it up a notch by surprising her human, Peter Mares, and the world, with her bizarre habit of raising her paws up in the air. Like she’d been caught by the cops after stealing some treats. As if she was at a party and just didn’t care. Like she was trying to block an invisible ball from getting past her. The idea of his pet cat playing an imaginary football game amused Mares so much that he gave started calling her GoalKitty. 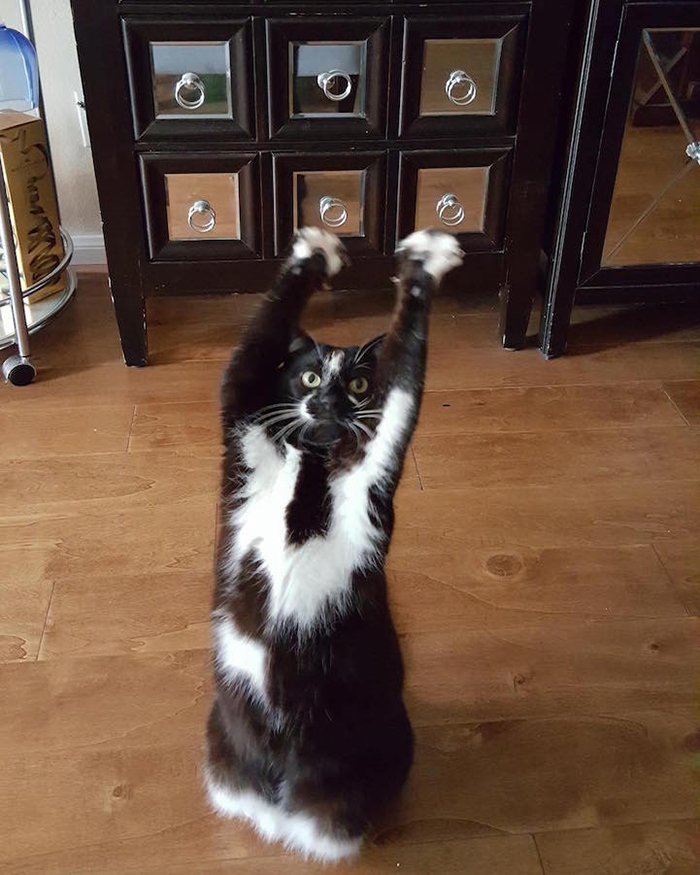 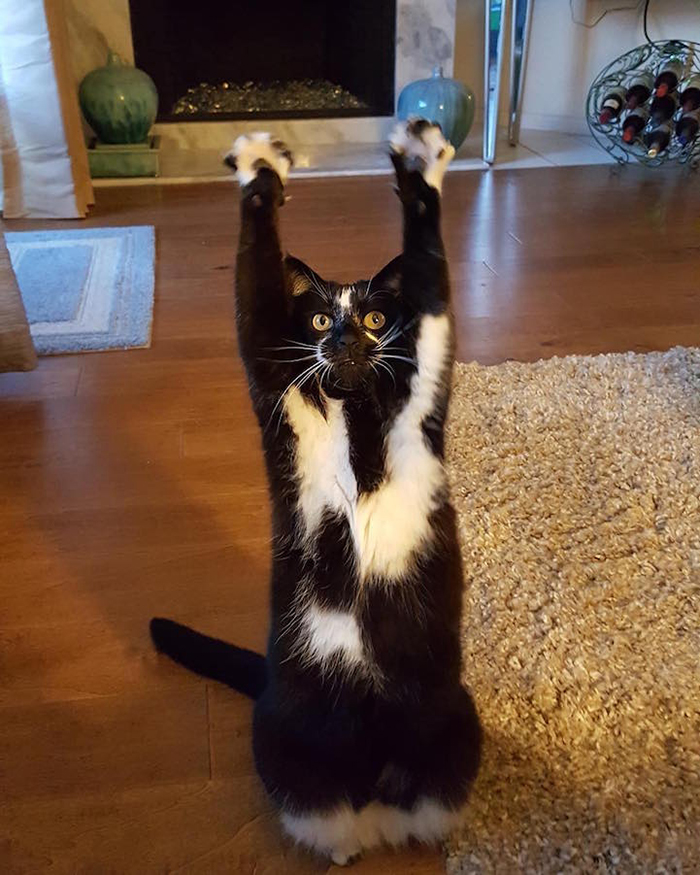 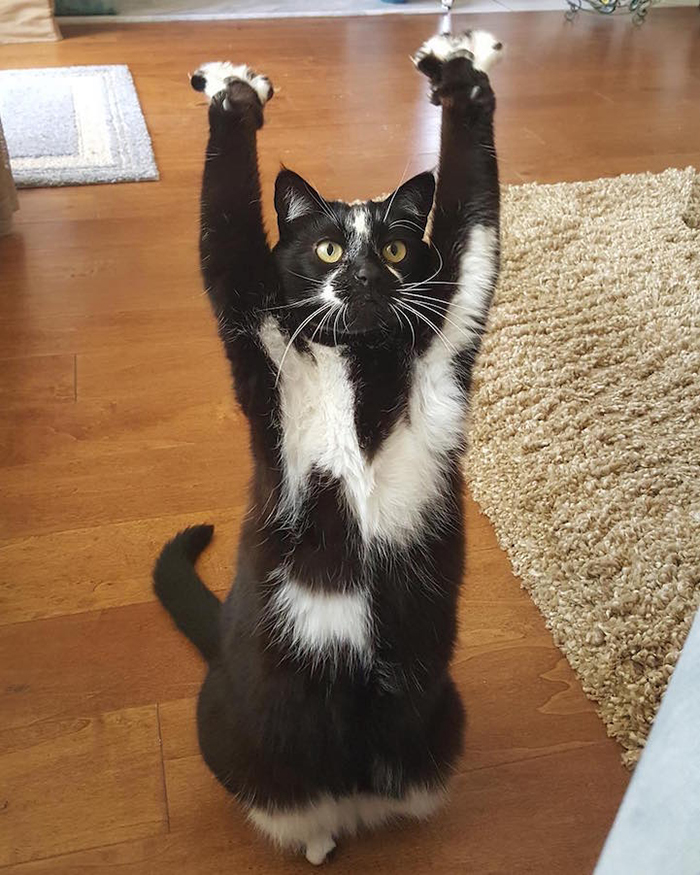 It all started one morning. Mares just saw Keys stretching up her paws to high heaven (well, their ceiling). And, just like any cat owner, he whipped out his phone and snapped proof that his kitty actually did a classic goalkeeper’s pose. (Because being a cat owner means being their full-time photographer, among other things.) Keys began repeating the pose on the regular so Mares just decided to set up social media pages for GoalKitty.

Her Instagram page (@goalkitty) features the gorgeous feline doing her signature pose accompanied by well-meaning captions. Mares is using his cat’s platform and wide social reach to help and celebrate causes like Stand Up Cancer. The serious is usually broken by a witty caption that’s bound to elicit some laughter from their captive audience. 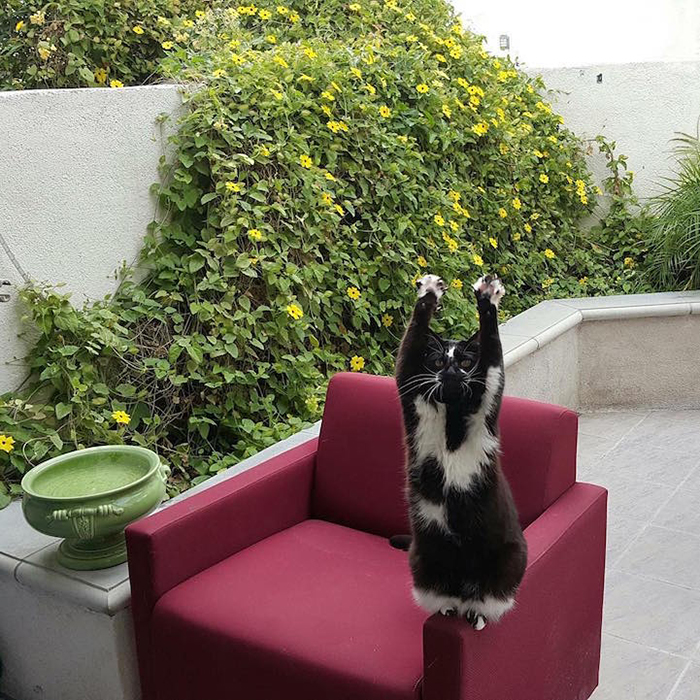 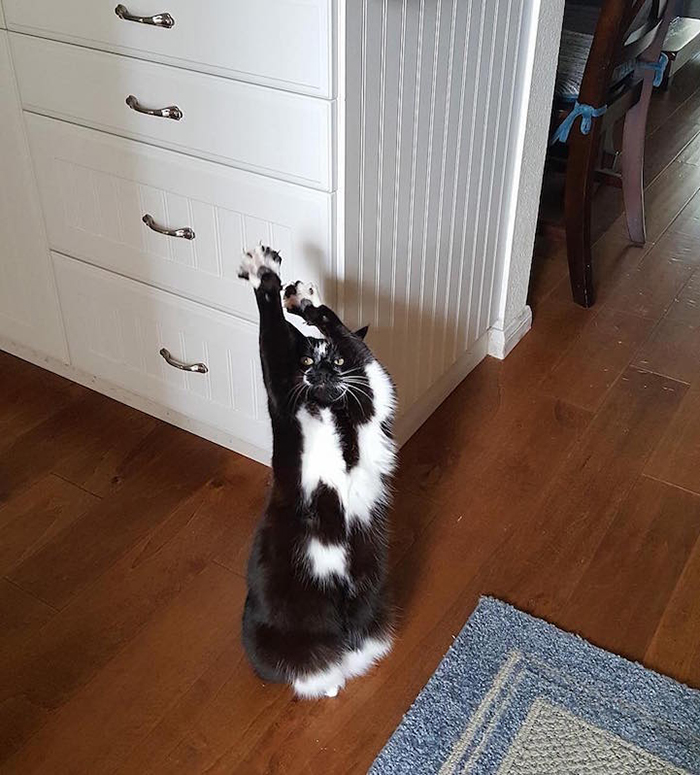 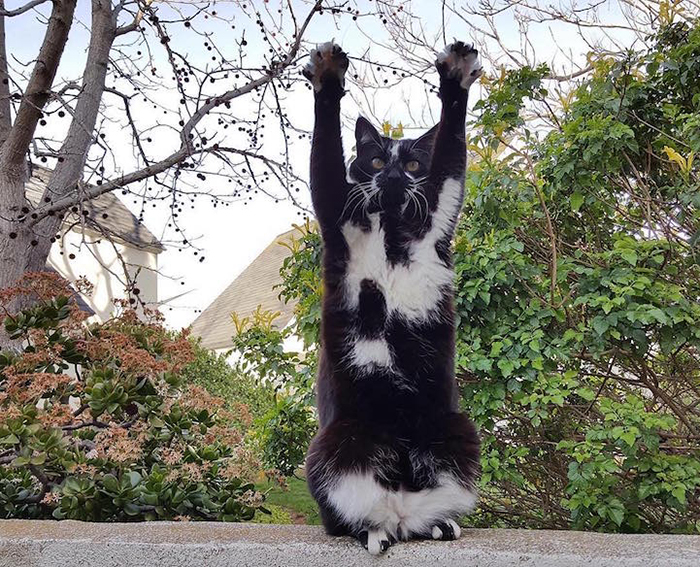 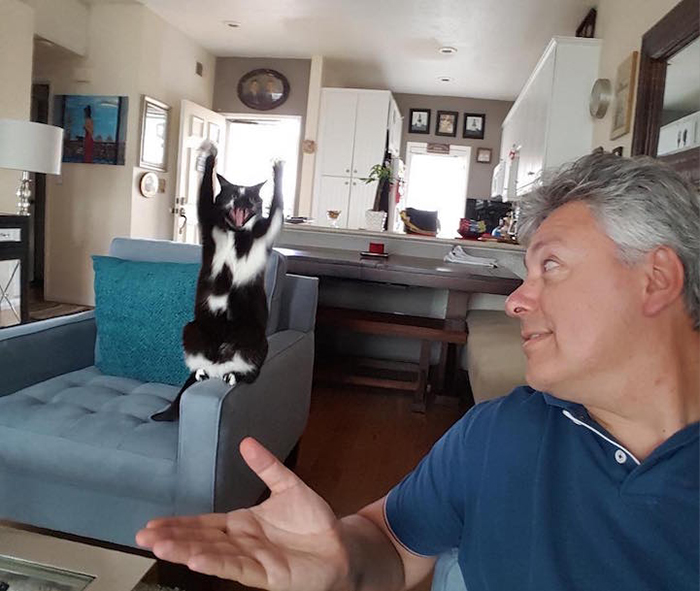 Unfortunately, we’re going to have burst GoalKeeper’s whimsical bubble with some science. Apparently, when a cat lifts her paw (or paws, in GoalKitty’s case), it could mean that she’s anticipating something. She might be thinking that she’s about to get some treats or be petted, so she raised her paws to welcome whatever was coming her way. It’s certainly a clever way to get attention.

Another theory is that Keys might actually just be stretching her muscles. This may be a far cry from the amusing assumptions we can make, but it seems more understandable. If you ever encounter a cat raising its paws, check the rest of its body language. An alert and relaxed disposition indicates curiosity, not fear. But if her claws are out and her ears are flat, then you’d best keep a distance. We may never really know why she does what she does, but one thing’s for sure: it’s absolutely adorable. 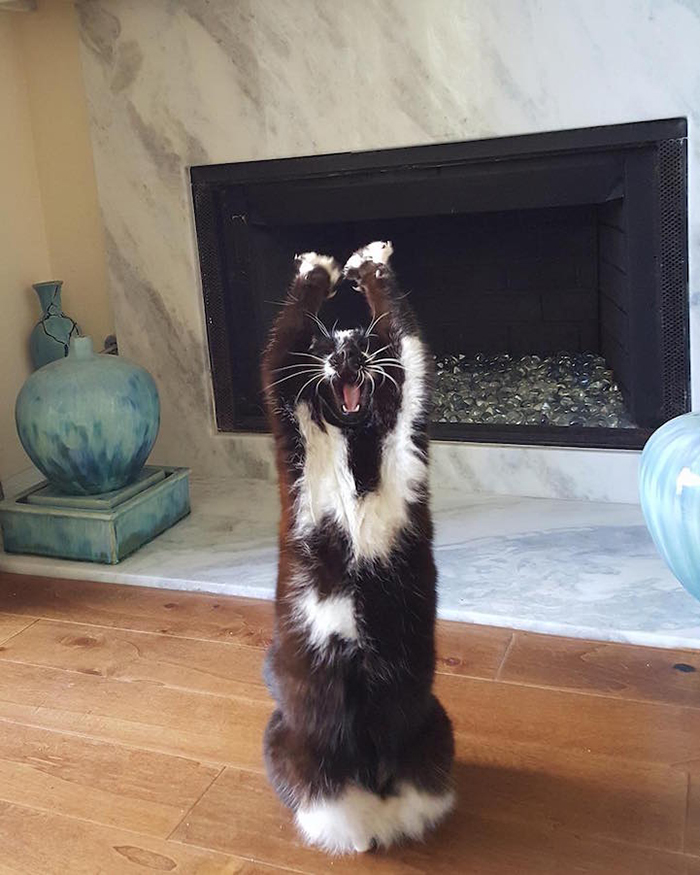 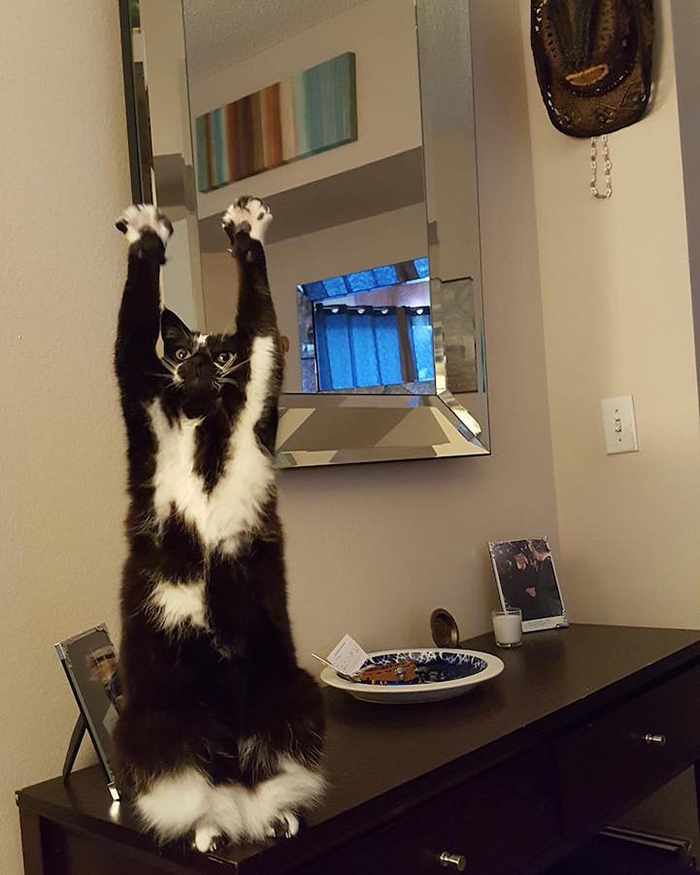