Are you ready to become the ruler of the Star Wars universe? Then get yourself this Darth Vader Pen Holder. Not only does it feature the notorious Sith Lord offering his hands to hold your pen. But it also does so in a very gracious manner as the ruler of the Dark Force humbly bows down on one knee. There’s nothing as awesome as seeing the greatest antagonist bow down before you, right?

The pen holder is 3D printed and made from black PLA material. It measures 4.5 inches tall with the figure kneeling down on one knee with the hands held out on top of a square base. The hands are designed to hold any type of pen such as a gel pen, ballpoint pen, fountain pen, and rollerball pen. It amusingly clasps your pen and tirelessly holds it for you until you decide to pick it up. The design is so awesome that you can almost hear the figure saying ‘Here is your pen, my Lord’. And if that doesn’t make you feel ecstatic, we don’t know what else would. 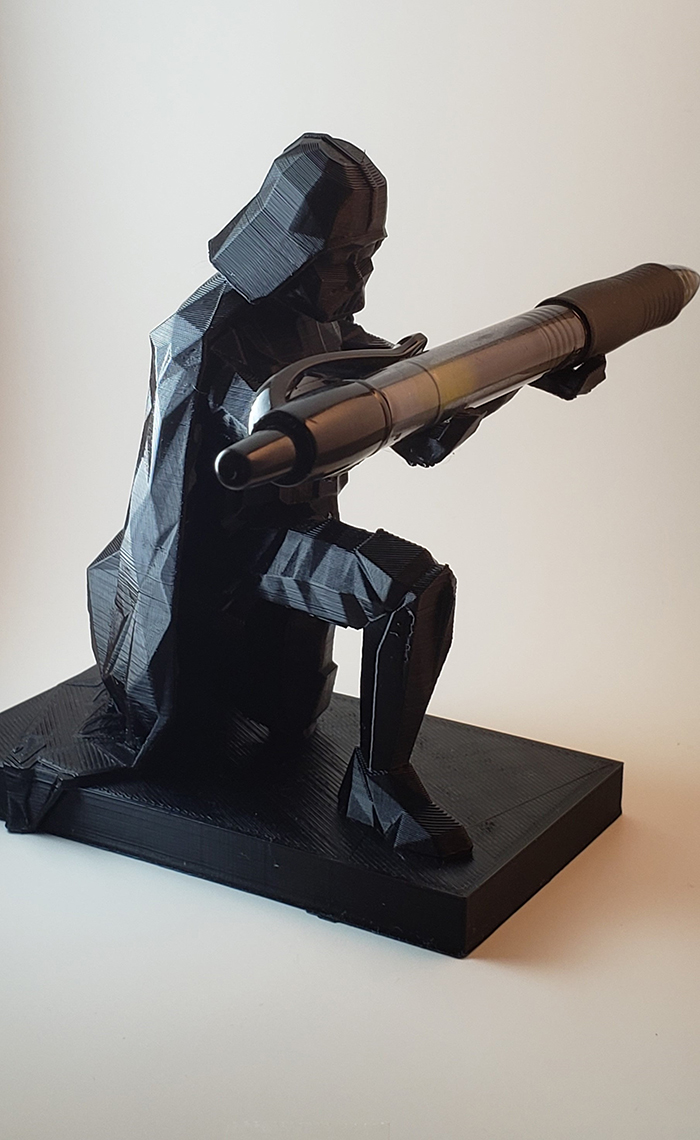 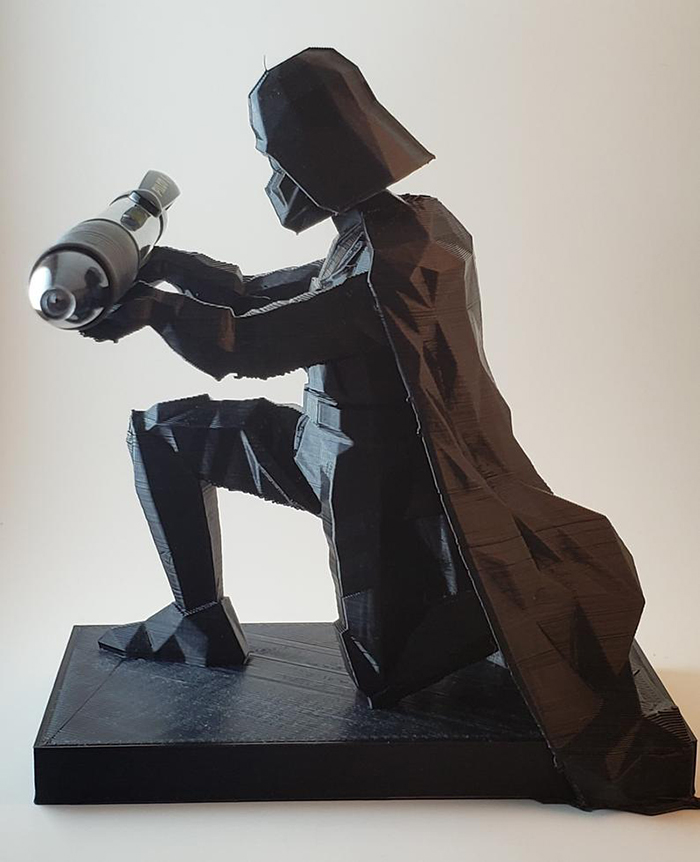 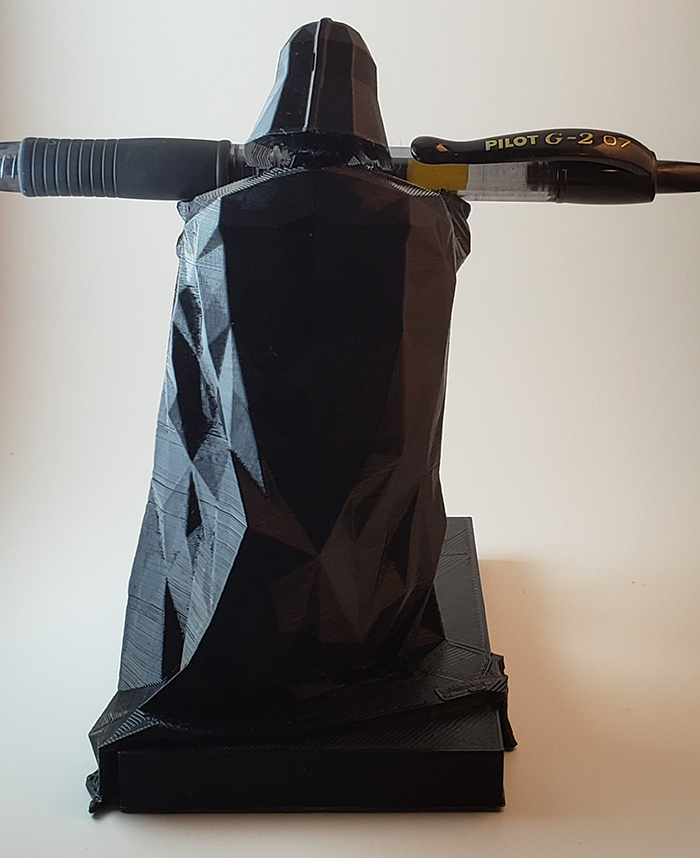 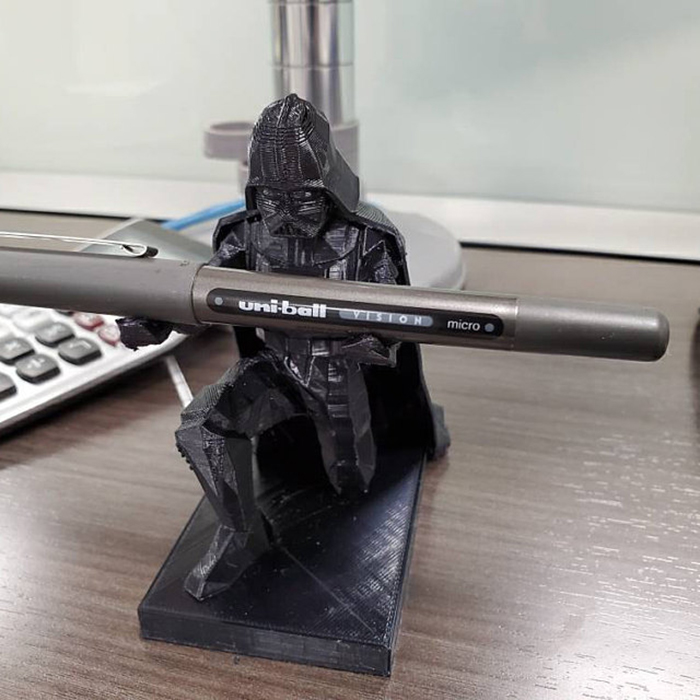 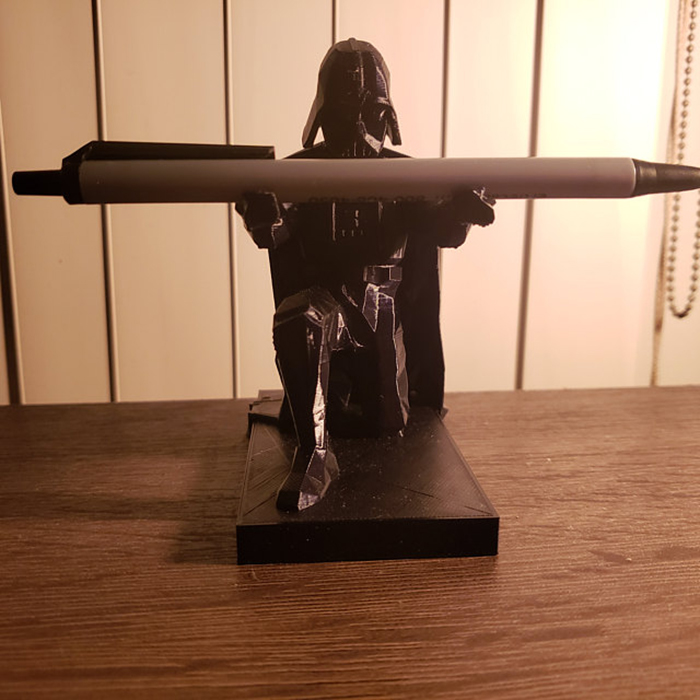 We also found this equally interesting similar item in the shape of a Stormtrooper. Just like the Darth Vader version, this 3D printed desk accessory features a buckethead soldier bowing down on one knee while offering both of its hands for you. However, this one is made from white PLA material measuring 4 inches tall, 2 inches wide and 3.5 inches deep. 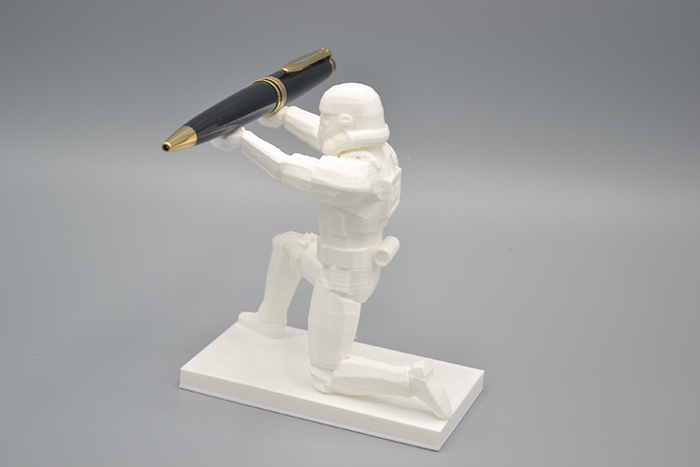 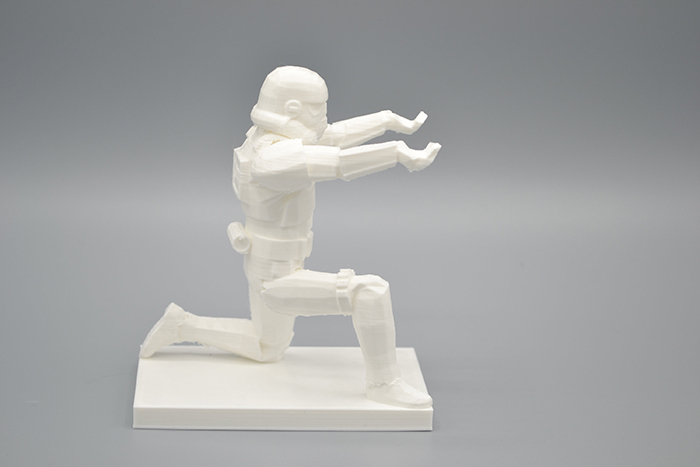 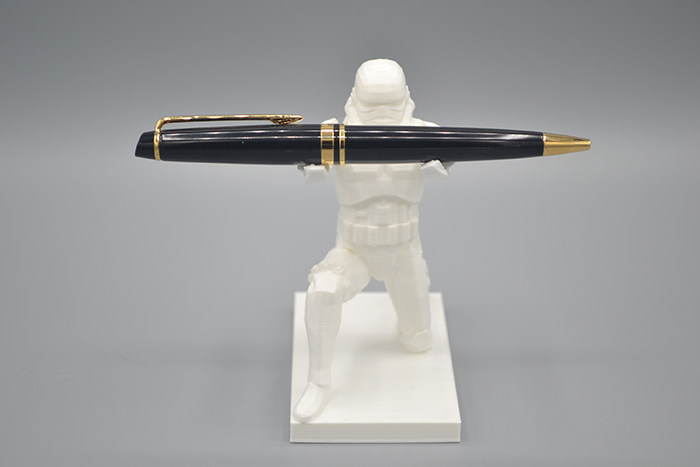 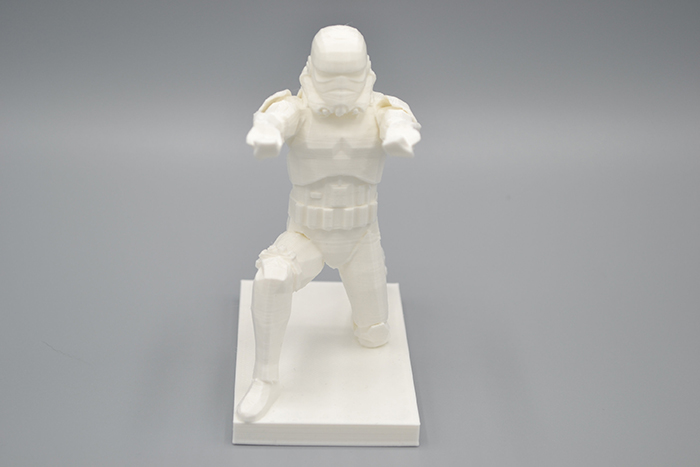 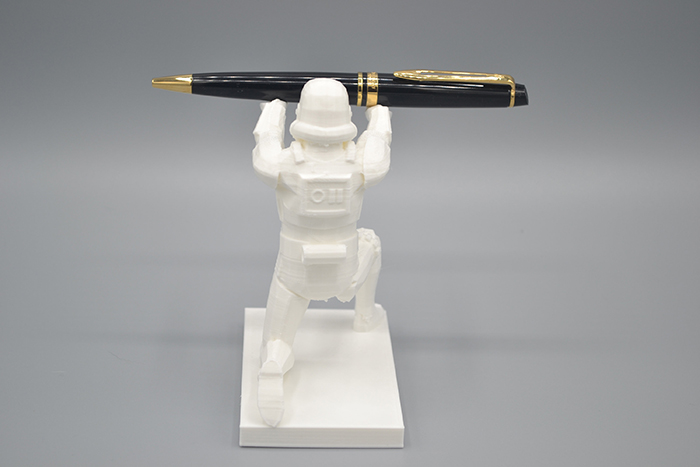 Here’s a clever tip for all Star Wars geek out there. How about getting one Darth Vader holder and an army of the Stormtrooper versions? You can place them on your desk with the Dark Sith Lord in front. This is to make it appear like the entire Dark Force is at your disposal. One satisfied buyer wrote:

“Got this for my dad’s birthday. He loves the way Darth Vader is kneeling to him. Great gift for the Sith Lord in your life!” 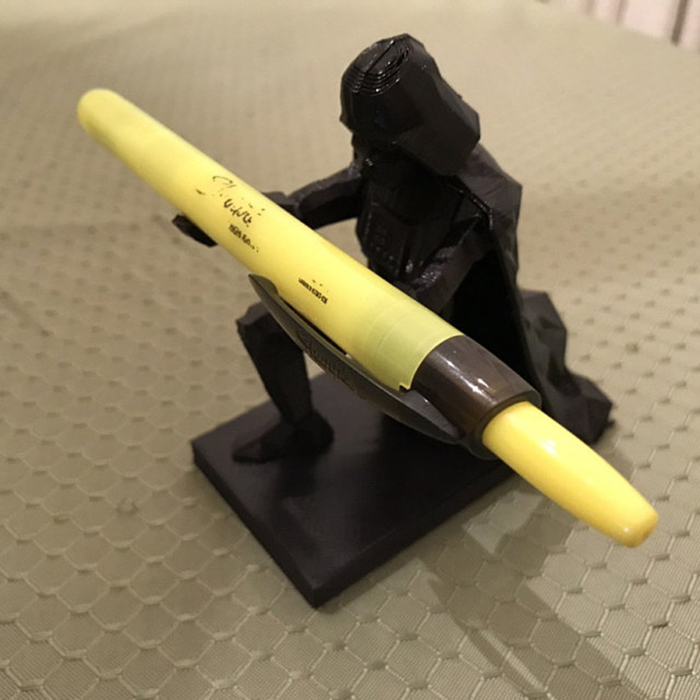 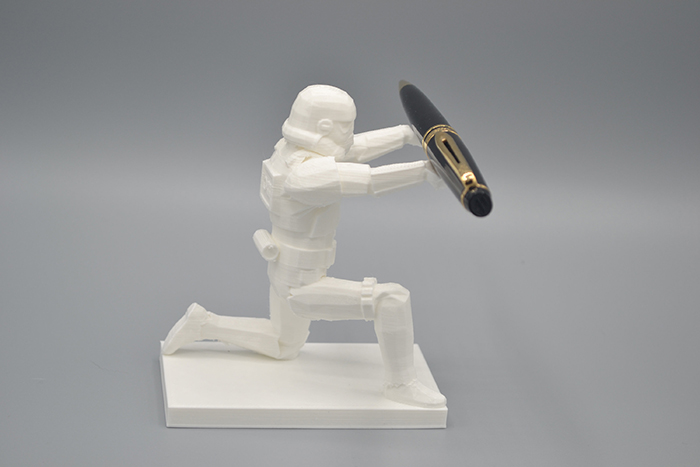