Joseph Asked Chewy For A Refund On Unopened Dog Food After His Dog Passed Away, Gets An Oil Painting With A Message

What if you’ve had a rough time for so long now and you came to a pet store and received such a warm but unexpected act of kindness from their customer service?

Joseph Inabnet had such a beautiful story to share.

If you’ve ever lost a pet, you know how equally hard it is if you lost a person. The grief you bear can go on from weeks. Some even suffer for years. What’s impressive, though, is that there are still people who willingly empathize during somebody’s rough times. Even more surprising is that in some cases, these emphatical people come from the most unexpected places. Think of a pet store.

Inabnet, after losing his dog Bailey, went to the local pet store, Chewy. He was heartbroken at the time, and he decided to return a bag of dog food that was left unopened. Amazingly, he received a reply that he never expected. 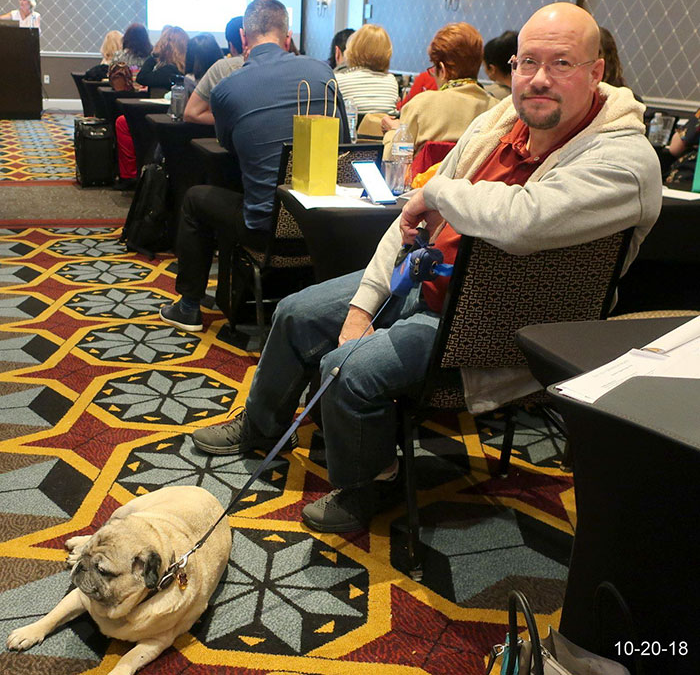 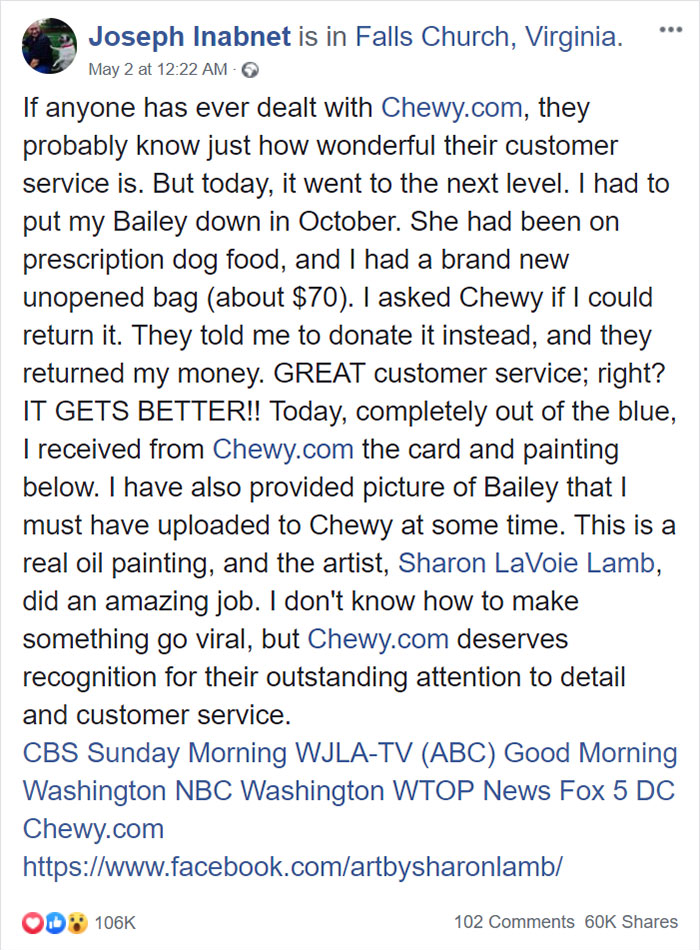 An unexpected reply from the customer service

The customer service personnel at Chewy told Joseph to donate the dog food instead of “returning” it. Nonetheless, they still issued him a refund. At that moment, Joseph has already been surprised by the gesture. What he did not know is that they’re going to surprise him yet again. 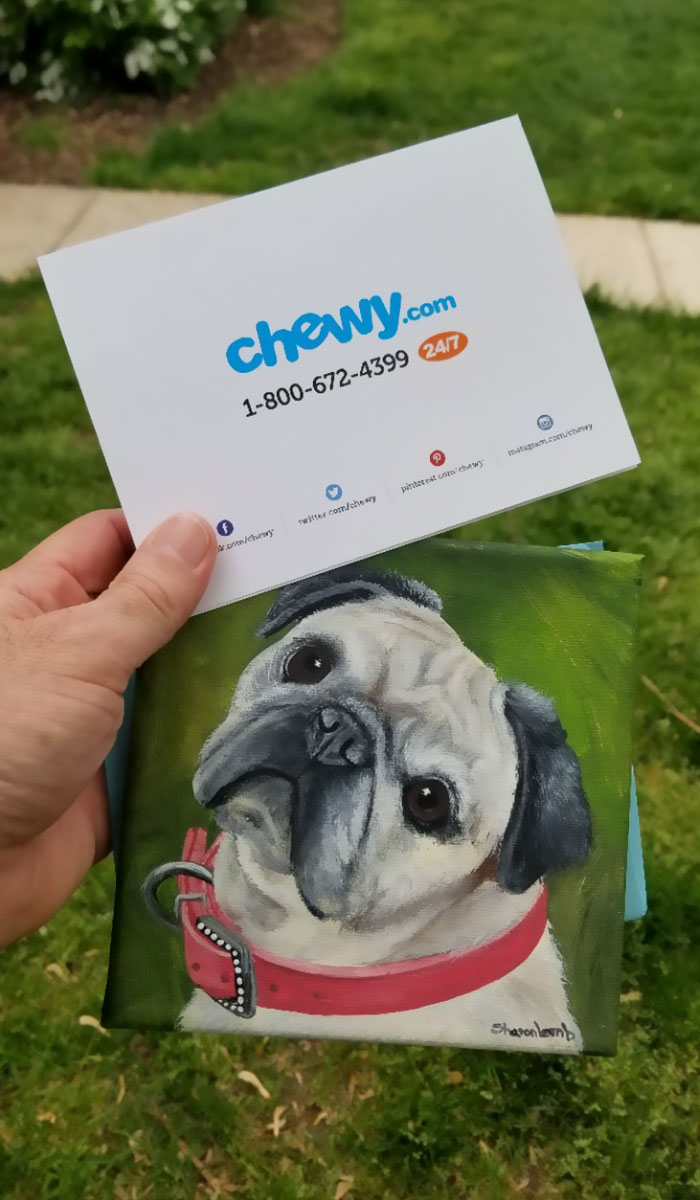 Soon enough, Joseph received a package from Chewy. Surprisingly, the pet store sent him a card, plus a heartwarming oil painting of Bailey, his dog. It was a beautiful memoir of his dear pet. 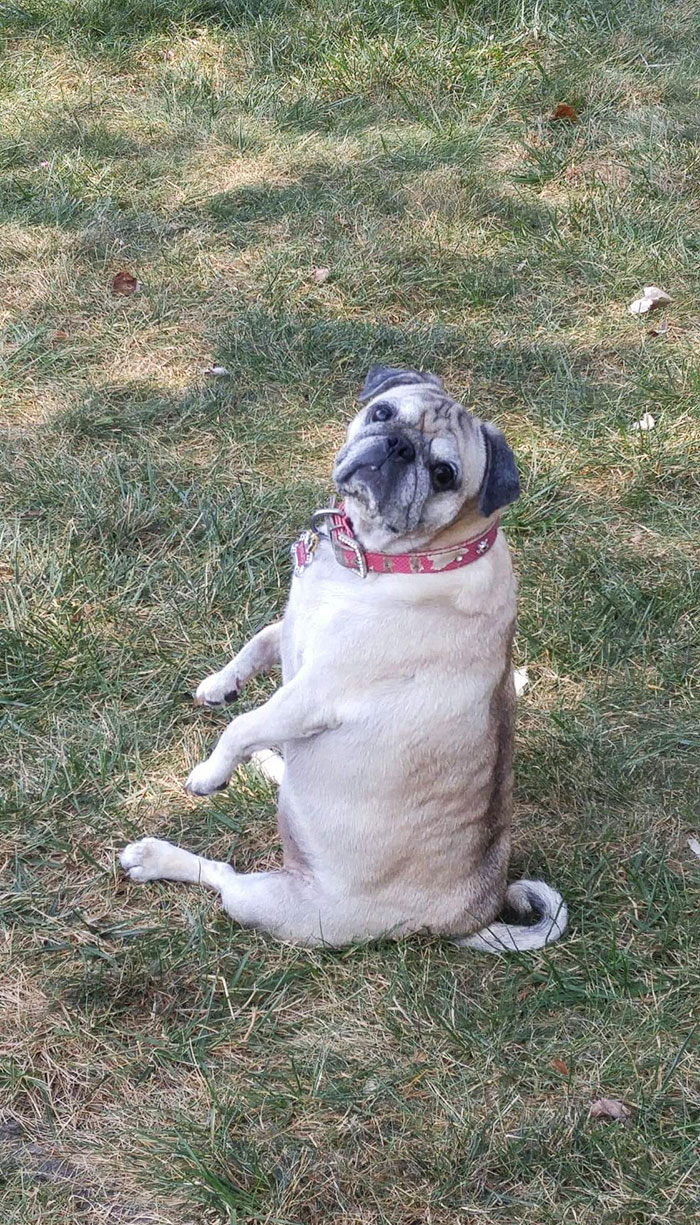 The pet store sent a card that gave the following message of sympathy:

“It’s hard to say goodbye to a loved one. They will always be remembered and cherished. With heartfelt sympathy, ‘Pets come into our lives, leave Paw Prints on our hearts, and we are forever changed.’

We’re sending lots of love and positive thoughts. If you ever need anything, we’re always here. Warmly, the chewy Family.” 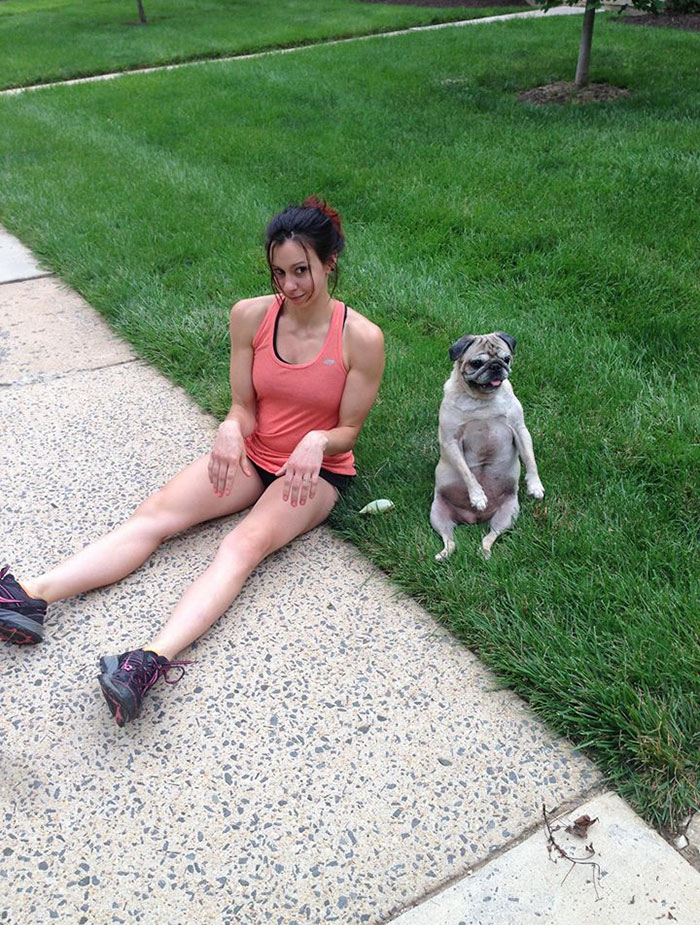 Undoubtedly, Joseph was grateful. So, he went on to express his gratitude on a Facebook post. Actually, he hoped it would go viral, and that in effect, Chewy would be recognized. Indeed, his hopes were granted.

In only a few days after his post, it was already shared 60,000 times and garnered more than 100,000 likes. It was a perfect ad for Chewy, converting many of the audiences, likers, and sharers into customers through a simple and genuine act of kindness. 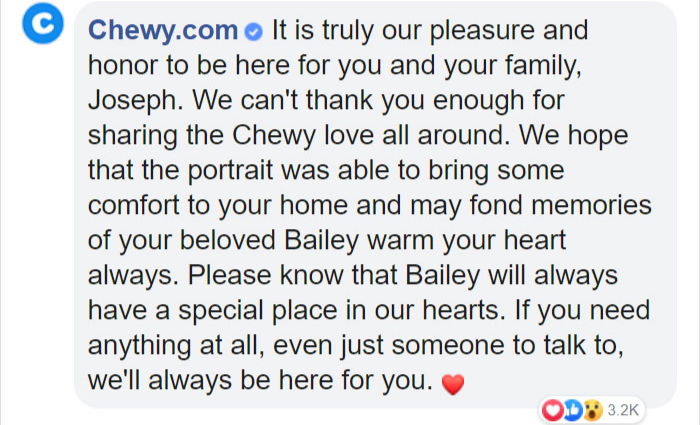 Of course, Chewy noticed the post. In reply, they gave a warm and inspiring message for Joseph.

This is how the people reacted to such a lovely act of kindness. 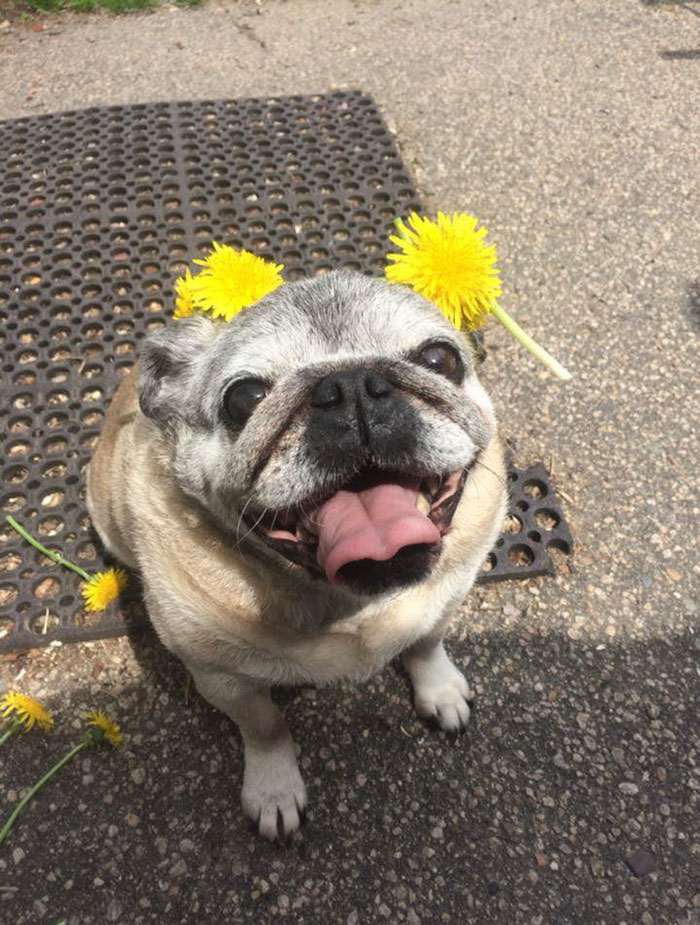