Harlech House Is Always Protected By Its Mythical Dragon Gate

In a small Southside suburb of Dublin, Ireland stood a fantastic home that seemed to come straight out of a fairy tale book. Known as the Harlech House, the unusual home located in Goatstown has become a popular tourist spot due to its folklore-themed motifs. But you don’t need to step inside the house just to see how enchanting it is. Because right there at the gate, there’s a gigantic silver dragon serving as the home’s gatekeeper. The mythical dragon gate is so eye-catching that the estate is also popularly known as the Dragon’s Den. 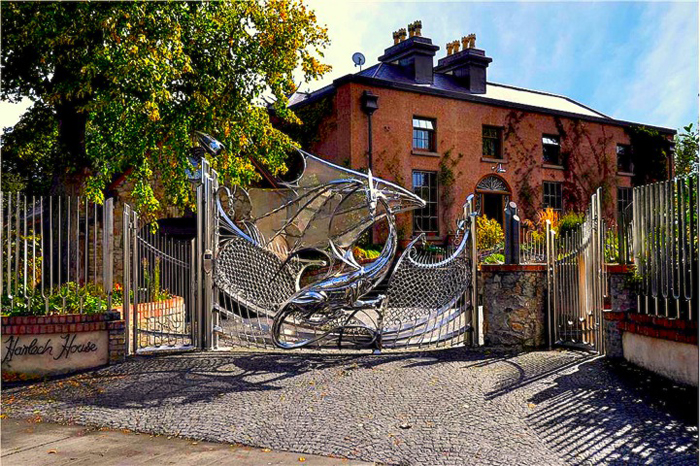 The Harlech House was built in 1798 and was bought by a Welsh immigrant in 1993. As a matter of fact, the house was named after a town in Wales. Moreover, the national flag of Wales consists of a dragon, which explains the figure at the gate. The owner redesigned the house in 1993 by enlisting the best of craftspeople – masons, blacksmiths, glass artists, and mosaic makers. The interior featured Gothic and Christian motifs throughout the seven-bedroom house. But the mythical dragon gate is definitely its most attractive feature.

The Harlech House in Dublin, Ireland is famous for its mythical dragon gate 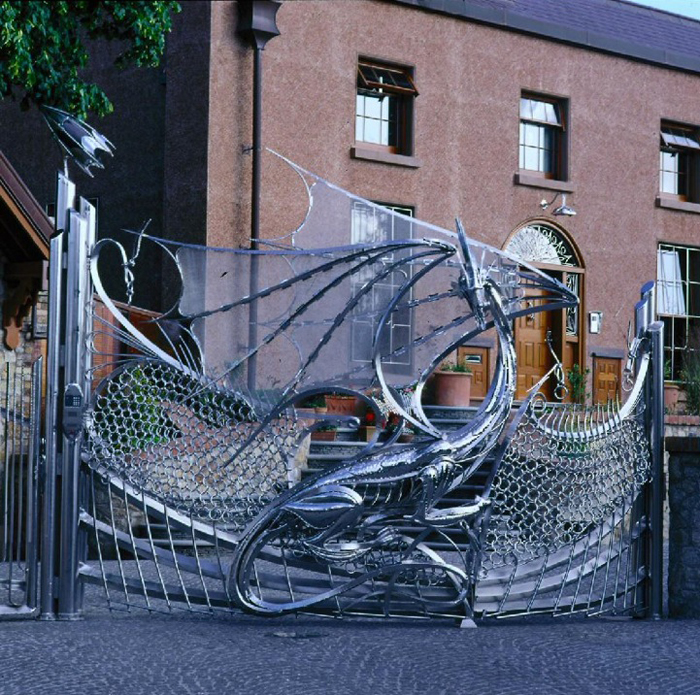 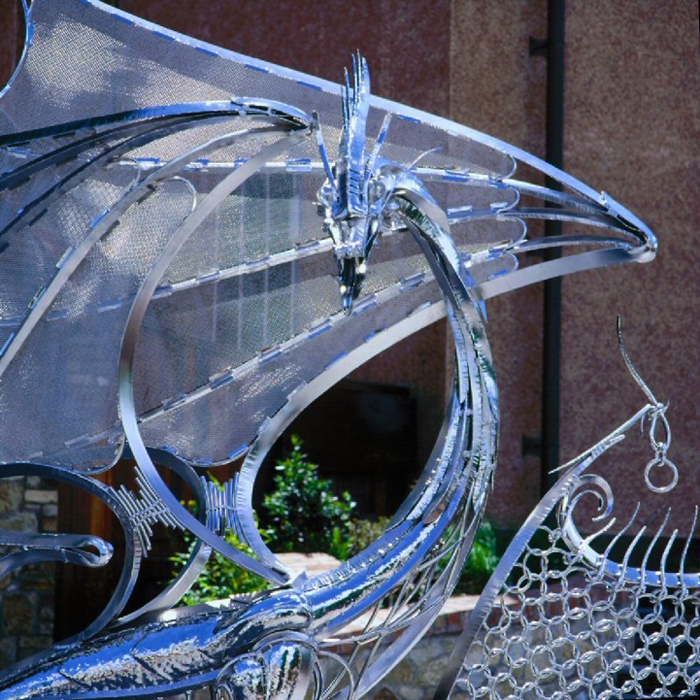 The magnificent silver dragon has been guarding the estate since 1993. But it was only until 2011 (thanks to social media) that the piece became viral, attracting more visitors to the area. The mythical dragon gate is made of stainless steel, perfectly carved with elaborate ironmongery in incongruous design. With its glass-blown eyes and mesh-like wings, the lustrous structure reflects the natural surroundings that add more color and tone. 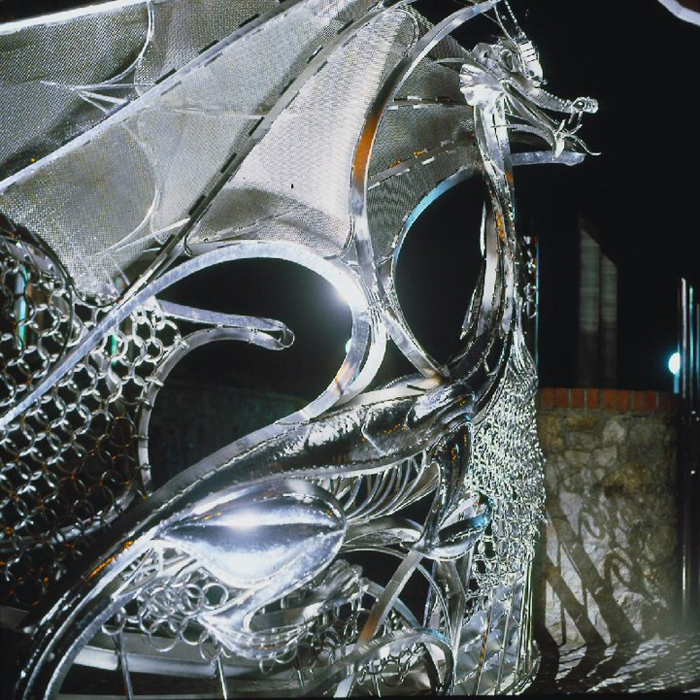 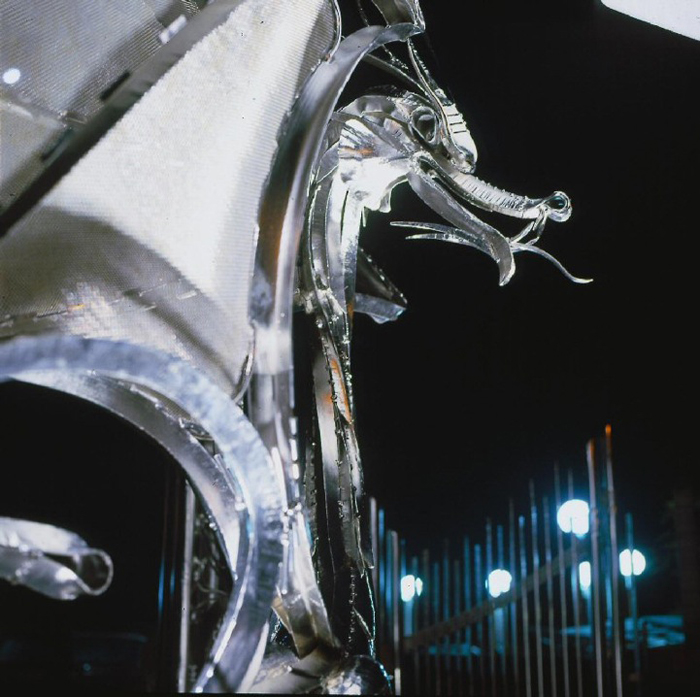 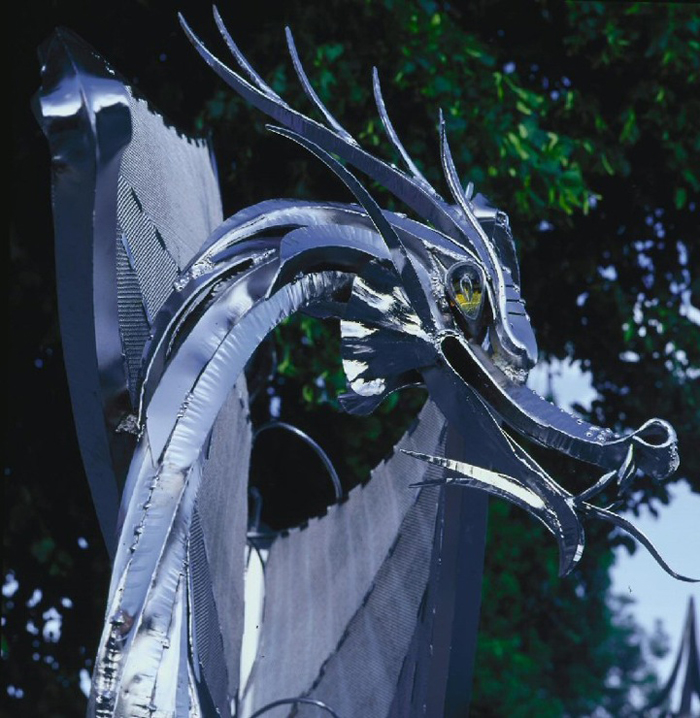 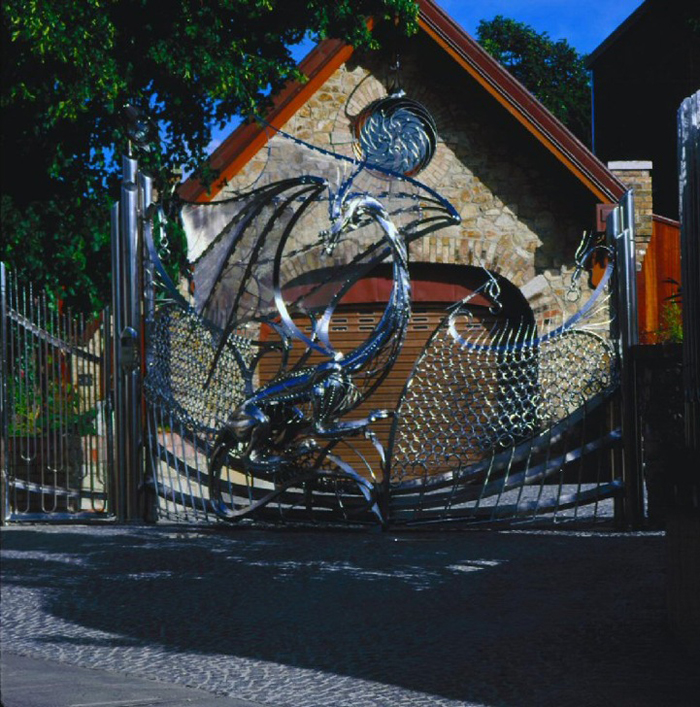 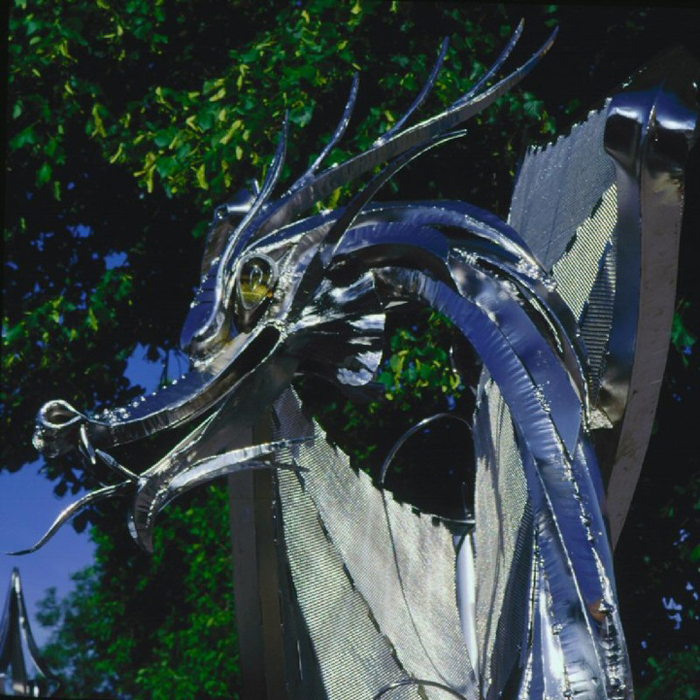 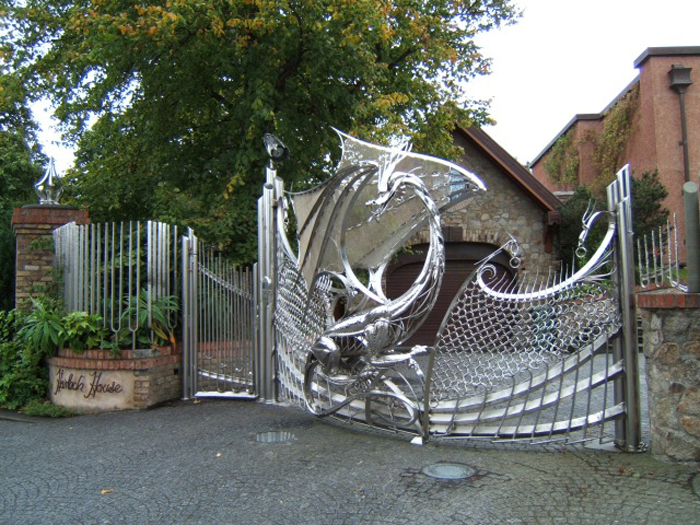 For so many years, the Harlech House and its mythical dragon gate have amazed visitors from around the globe. But for some reason, the estate was placed for sale in 2018. And it was sold for €2.18 million to an anonymous buyer. There’s no telling when the new owner would decide to redesign the famous house. But we’re hoping that they’d still keep the silver gatekeeper in its rightful place.