This Steam-Breathing Dragon Puffs, Screeches, Stomps And Flaps Its Wings

If your kids love dragons, you can make their wildest fantasies come true by giving them this steam-breathing dragon. This cool action figure features a detailed model of a fearsome blue dragon. It comes complete with a formidable pair of wings, back spikes, clawed talons, tail spear, scale detailing and a scary gaping maw. The realistic model is indeed impressive and frightening as it is. But wait till you see its animated features. This moving action figure will surely amaze any dragon lovers, both kids and adult.

Powered by 3 AA batteries (not included), this dragon snorts cool steam from its mouth as it roars and stomps across the surface. Watch in awe as it flaps its wings with its eyes and mouth lighting up to give it extra scare factor. With just a push of a button, you can get the mystical creature screeching and puffing steam as it prepares to take off on an adventure. 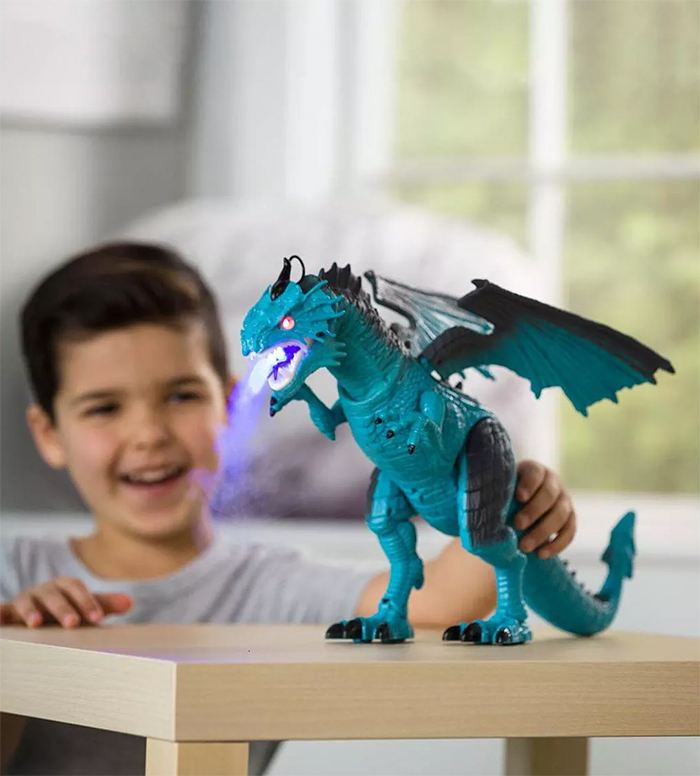 You can access the battery compartment on one side of the figure’s tail which is secured by screws. To activate the steam, remove the lid on top of the dragon’s head to reveal a small canister concealed inside. Use the included dropper to add water into the hidden canister, place the lid back and push the button located behind the figure’s hind leg. With the batteries installed, the dragon starts puffing cool steam from its mouth as it converts water into white mist. With its eyes and mouth glowing, it’s as if the figure is breathing ice. 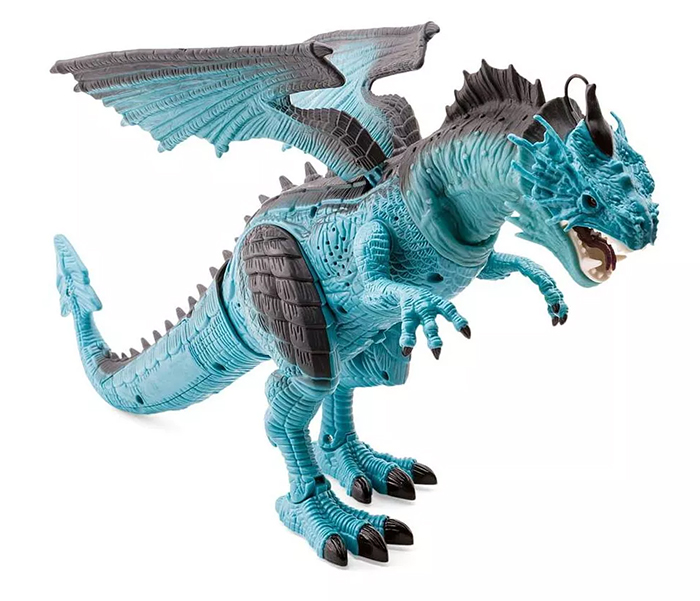 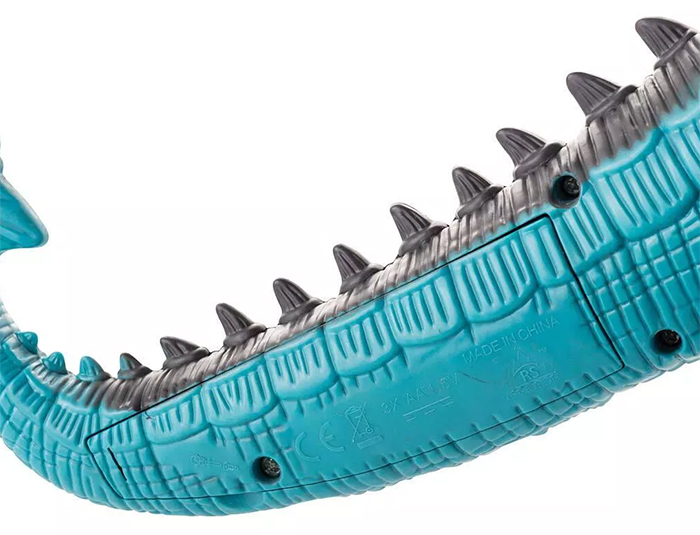 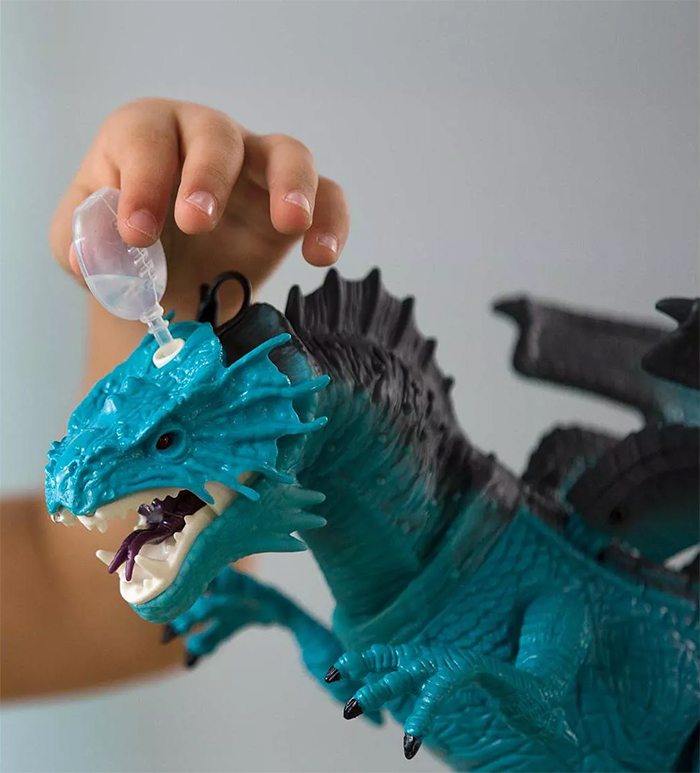 This dragon action figure measures 16 inches long and 12.25 inches high. It has a maximum wing span of 5 inches wide. If you’re someone who dreams of owning a real dragon, this is definitely the closest thing to the mythical monster. One satisfied buyer wrote:

“My 7- and 4-year-old boys loved this. It’s super loud and the big draw is the steam. It’s pretty fun. We’ve not seen another toy that can do that.” 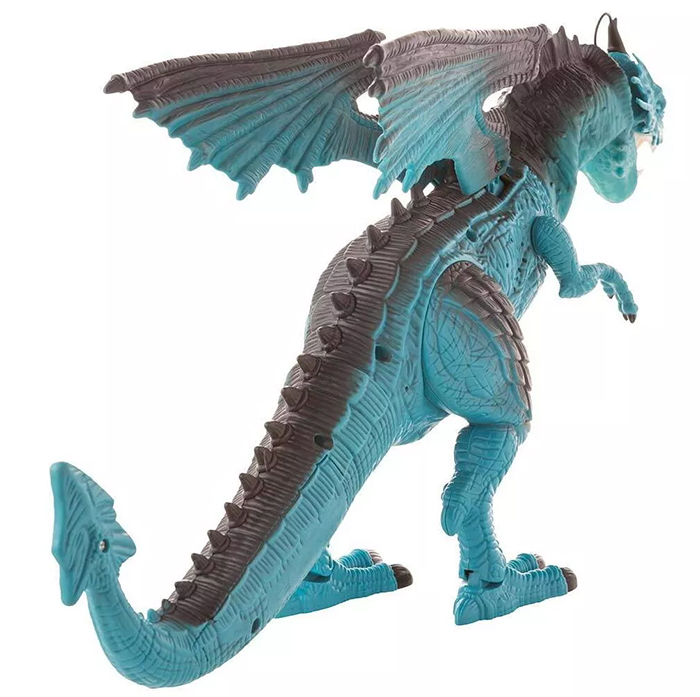 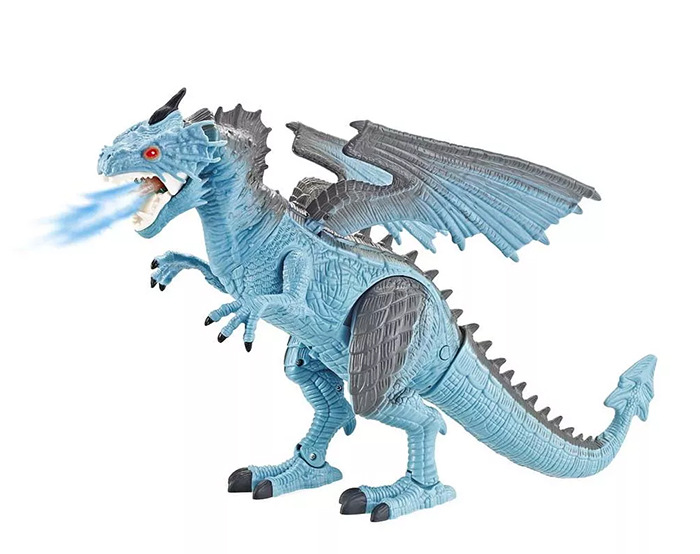 Watch the dragon in action on the video below