Masahiko Kimura, not to be confused with the famous Japanese judoka of the same name, is a world-renowned bonsai master. Born in Saitama, Japan on March 31, 1940, his exceptional sculpting and styling technique later gave him the title “Magical Technician of Kindai Shuppan”. He started his career as a bonsai artist at the age of 15. It all began when he served as an apprentice to a bonsai master named Motosuke Hamano in Toju-en Bonsai Garden. After eleven years of working under Hamano, he decided to pursue the craft on his own. Since then, he has created many masterpieces that are considered the best in the world. But his latest creation, the Hinoki forest that features gravity-defying mini forest, is his most stunning piece so far. 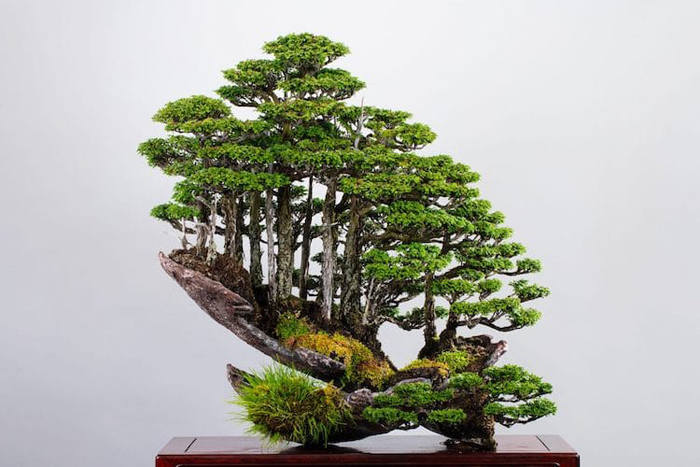 Bonsai (Japanese term for planting in a container), is an art form involving cultivation techniques to yield small trees that mimic the scale and shape of full size trees. The Japanese tradition of producing artificially dwarfed trees dates back over a thousand years. And is still a popular horticulture technique up to this day, not only Japan but also in many different parts of the world. For centuries, bonsai artists have strictly adhered to the conventional rules of traditional bonsai making. Masahiko Kimura, on the other hand, chose to create his own path by creating his own style and design. 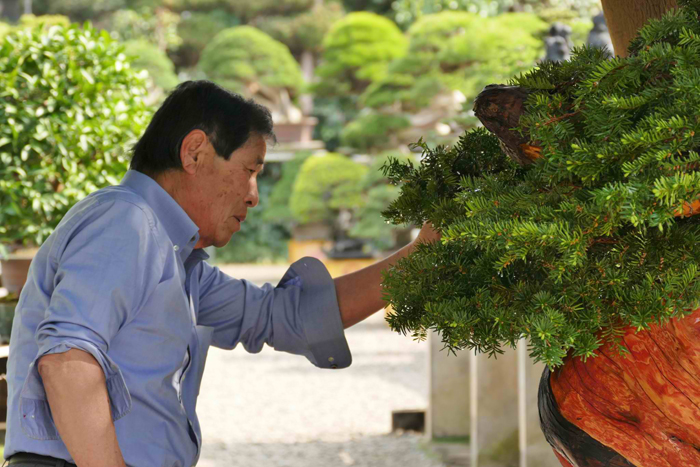 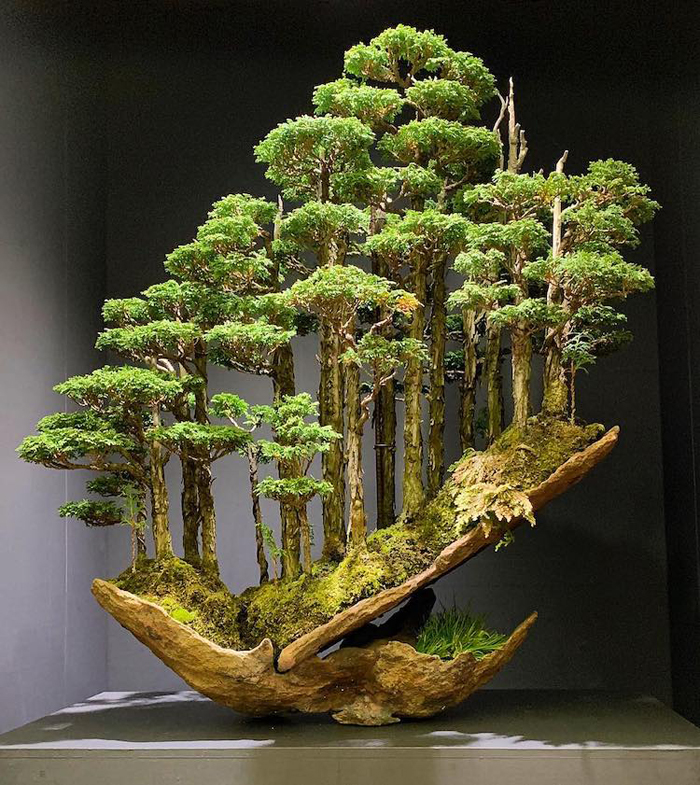 His unconventional bonsai creations have stirred controversy at first. Deemed by some traditionalists as a non-conforming artist, Kimura continued to break the traditional rules of bonsai making. Typically, the art involves cultivating a single tree or shrub planted on a container. Instead of planting just one miniaturized tree, Kimura brilliantly created a mini-forest sprouting from a slanted deadwood. He has produced and sold several versions of the Hinoki Forest. But the original version, which he created more than 20 years ago, still sits proudly in his garden. His garden is located in Omiya, Japan and is open to the public upon request.

Take a virtual tour to the bonsai garden of Masahiko Kimura in Omiya, Japan

The exceptional bonsai techniques of Masahiko Kimura have enthralled many bonsai artists from all around the world. In order to share his unique cultivation techniques, he offered demonstrations and workshops within and outside Japan. His works have been featured in various major publications around the globe. Since 1988, he has been garnering prestigious awards and has gained a number of apprentices coming from different countries. His students include Marco Invernizzi, Ryan Neil, Salvatore Liporace, Marc Noelanders, and Ernie Kuo who all later became bonsai masters in their own rights.