45 Instances Where Nature Won The Battle Against Civilization

When we come to think of it, we’re really acting as if we want to leave our mark on this planet as much as possible. And yet, the reality is, this Earth is only temporary. Through time, we see Nature reclaiming and taking over the marks that we have left. Of a truth, there’s nothing much that we can do about it.

So, we have in here several photos that feature the wreckage of battles we’ve lost with Nature. We even have entire towns disappearing to give way to how Nature initially willed it. You, as an urban explorer, could only witness in silence.

“By the sweat of your brow, you will eat your food until you return to the ground since from it, you were taken; for dust, you are, and to dust, you will return.”

1. Abandoned Chateau In France Established Since The 13th Century

Back in 1932, a massive fire once broke out and caused devastating damage in this iconic building, including its contents. Since then, it has been left this way.

Would you like to explore more about these kinds of stuff? Then, you would find interest in watching “The Life After People.” It’s a show on History Channel, and it tackles specific timelines on what might happen if humans are wiped out of the Earth all too suddenly.

2. Googley Eyes In A Bridge That Consumes A Tree

The channel, BBC, have thought about the same idea. It also received appropriate advice from Dr. Philip Wheeler, OU about the matter. You could picture how, within just a few days, the electric grid just fails. The failsafe mechanisms, on the other hand, can no longer be overridden.

In just one week, you could see the subways under the waterflood. You know, they push 12.4 million gallons of water out of the London Underground every single day, and it inundates the tunnels. Putting proper air conditioning and heating aside, the mold would take over in many offices and homes. Even plants would now grow over the buildings. And, various species would eventually find themselves in competition for space.

As the events progress, what separates between a city and the countryside becomes blurry. Several windows would fall off from their old frames. Then, we see the wildlife of nature reclaiming and taking over the cities and towns around. Each farmland sees the shrubs and trees, approaching to cover it.

And yet, there will be those pieces that would face no degradation. They’re just scattered everywhere. Plastics break down, and they begin dispersing. Metals, on the other hand, would corrode. Meanwhile, those pans of stainless steel still sit there. Granite worktops find themselves stranded. Tons of car tires remain useless.

5. Norway-Style House That People Have Also Abandoned
Meanwhile, nuclear facilities are failing. Some of them would even explode. As a result, you could imagine seeing the burst of radiation sweeping into the surrounding environment. Within it is a whole ecosystem of animals that eventually die. Vast amounts of radiation cause mutation in the surviving animals. New lines of evolution appear. Now, isn’t it relieving to know how the universe may go on with life even without our presence?

7. Trees Have Begun To Grow On These Chimney Tops

8. Nature Reclaiming And Taking Over Namibia’s Town Of Miners In The Form Of A Desert

9. Sea Claims Back An Old Apartment Building In Kirovsky, Russia 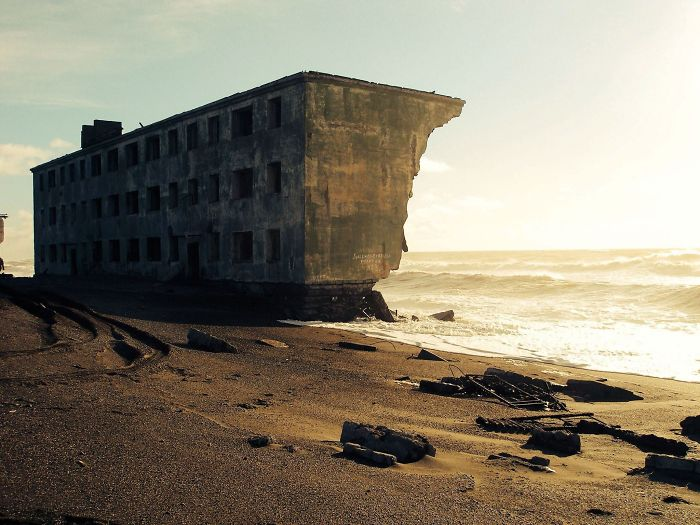 10. Plants Taking Over The Scola Tower In Liguria, Italy

11. Ivy Reclaims A Bike Someone Left

12. A Sunken Ship And Trees Growing Inside Its Hull

15. A Tree Growing Over A Grave Stone

17. An Asylum In Italy That Bob Ross Once Touched

18. A Stone Cottage In Ireland, Now Left To Trees 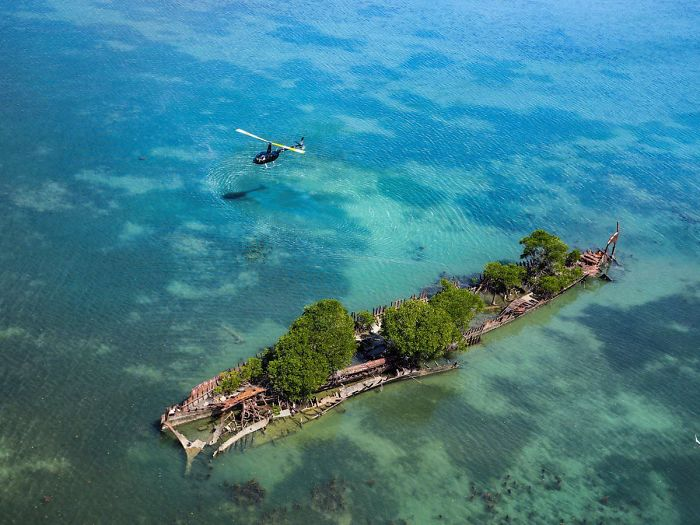 20. Kudzu Claims A Barn In Tennessee 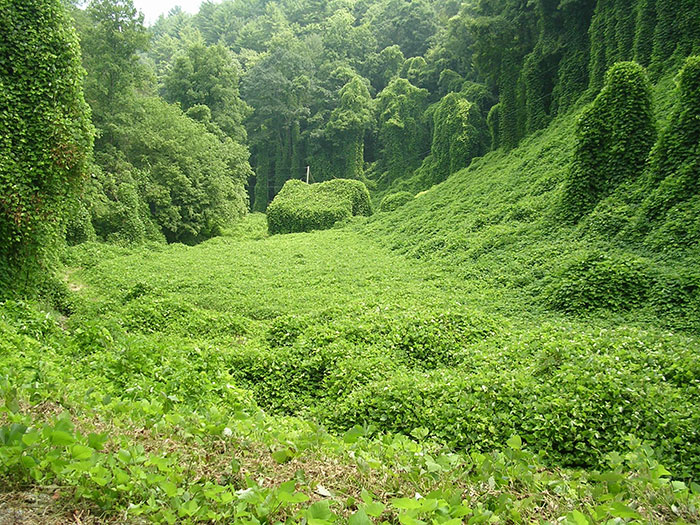 26. Mushrooms Growing Out Of The Floor

27. A Tree Grows Out Of A Speed Limit Sign

29. A Tree Almost Completely Growing Over A Metal Sign

30. Nature Reclaiming And Taking Over The Puerto Rico Navy

31. A Tree That Seems To Be Eating The Fence

32. At The Excursion Zone Around The Chernobyl

34. Weeds Taking Over An Abandoned Car

35. A Moss Colony Inside A Bike Seat

36. This Tree Absorbing A Fence Along With Its Patterns

37. A Sacred Tree In Downtown Kolkata

40. Once A City In Akarmara, Abkhazia

41. A Flood In WA State Has Washed Out This Road

42. A Shoe With Weeds In The Woods

43. A Road Close To Healing Completely

44. Plants Growing On A Car