There’s no bigger Japanese pop culture icon than Godzilla. He’s been reigning supreme since Toho Studios debuted their first monster film in 1954. And 66 years later, he’s clearly not going away anytime soon. It goes without saying that this legendary character’s got some pretty devoted fans. And if you happen to be one of them, or if you’re currently looking for a gift for someone you know who basically worships the King of Monsters, then this Godzilla tissue dispenser is something you’ll want to see!

Tissue dispensers aren’t really something we use often. However, this Godzilla dispenser’s definitely not something you can miss! You see, unlike the typical dispensers you can buy at any general merchandise shop. This specially crafted holder features an incredibly detailed bust of the notorious sea monster. And the best part about it? You get to pull out the tissue sheets from between his deadly sharp-toothed jaws! 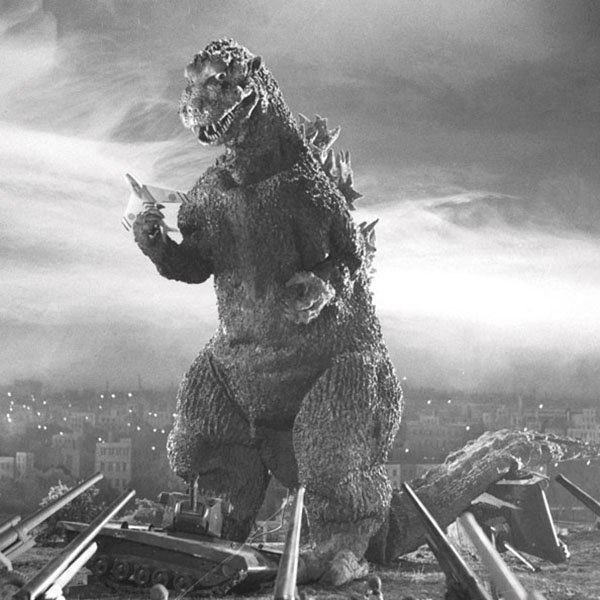 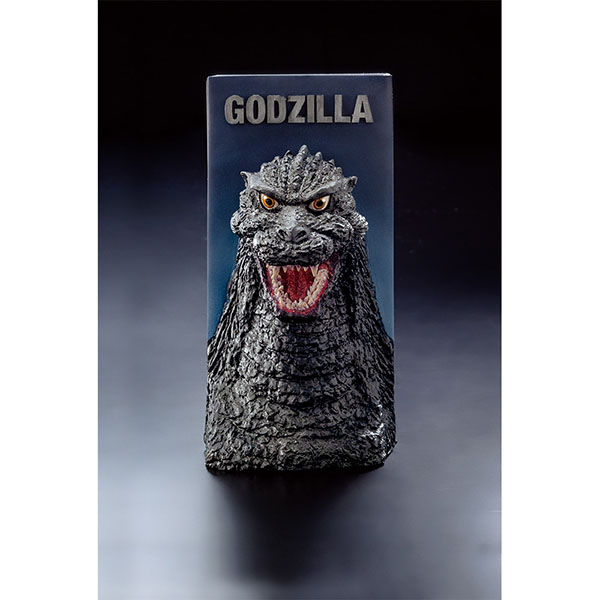 The Godzilla tissue dispenser comes out in May 2020

In December 2019, several online outlets announced that DeAgostini Japan will be selling these tissue dispensers. Memorabilia and hobby collectors alike know this brand well. This isn’t the first time that DeAgostini has announced a Godzilla release. However, their announcement certainly shook his fans, as officially-licensed merchandise has been pretty sparse lately.

In the announcement, DeAgostini shared that the tissue dispenser’s prototype was created by none other than Kenichi Matsumoto. He may sound familiar to die-hard collectors, as he has created a number of other epic Godzilla prototypes. And all his prototypes pay tribute to the image of the very first Godzilla beast that debuted in 1954. Rotary Hero is in charge of manufacturing the dispensers. 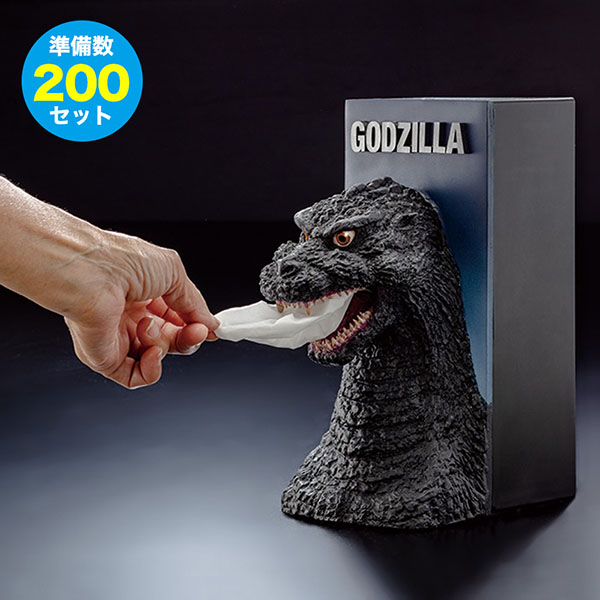 From his teeth, scales, to the dimensional letters that spell out the King of Monsters’ name, the famed Japanese attention to detail can’t be missed. The Godzilla bust on the front of the dispenser may seem heavy and cause some to worry, but there’s no need for that! They  used Polystone to make this dispenser, so you don’t have to worry about this toppling over and breaking. 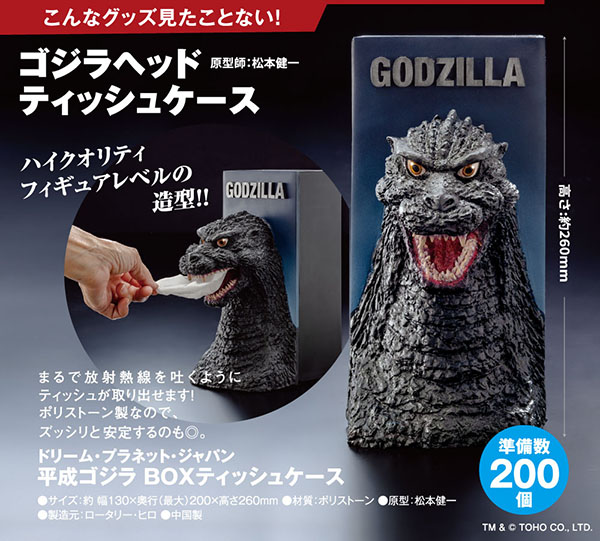 The dispenser measures 10.2 inches tall and 7.8 inches deep, which should be more than enough to house all tissue you need! DeAgostini is currently accepting pre-order applications on their site. Hurry and send yours now, because the application period ends on May 31st, 2020! The dispensers retail for ¥5,000 which is more or less $50. You can only order 5 dispensers through a single order. It’ll make a great addition to anyone’s collection, for sure!