Whether they’re awake or asleep, dogs never really fail to amuse us. Let these funny dog sleeping positions tickle your funny bones and make your day. Just like cats, dogs are also flexible sleepers. They tend to fall asleep on the spot and often in the most awkward positions. Adult dogs typically spend about 12 to 14 hours sleeping per day while puppies and senior dogs may need even more nap hours. After hours of playing and running around, they have the tendency to doze off while trying desperately to stay awake. But then they can no longer keep their little eyes from closing and eventually fall asleep right there and then.

Dog owners usually witness all sorts of funny dog sleeping positions. From common positions to strange positions, we sometimes wonder if they’re really comfortable with how they sleep. Unlike us, dogs have no problem settling themselves in random places and they can properly sleep in any position. But did you know that a dog’s sleep position say a lot about his personalities?

Scroll down to learn the most common postures that dogs use to sleep and what these positions mean? And as we promised earlier, we’ve compiled these funny dog sleeping positions to lighten up your mood. Have a good laugh!

“My Dog Can’t Get Gravity Right”

“This Dog Is Sleeping Happily”

If your dog sleeps with his head on top of his paws, the posture is called the Lion Pose. This is in reference to the statues of reclining lions that we usually see in front of some government buildings. When a dog is in a lion pose, it means that he’s simply dozing and is not yet in a deep state of sleep.

“I’m Done Trying To Figure This Dog Out”

“This Guy Chilling With His Dog In London”

Most dogs usually sleep on their sides with their legs extended. The Side Sleeper position means that a dog is comfortable with his surroundings. Furthermore, it indicates that he is ready to fall into a deep sleep. When they’re tired or bored, dogs often start to doze in lion pose and eventually slump into side sleeping position. Once they fall into a deep sleep, they relax their muscles and stretch out their legs.

“In Case You Need Something To Brighten Your Day, Here’s A Picture Of My Dog Sleeping”

“My Buddy’s Dog Sleeping On The Mule Steering Wheel”

“Neighbor’s Dogs Having A Nap In My Garage”

Some dogs also manifest a sleeping posture which is slightly similar to the lion pose. But instead of placing their heads on top of their paws, they stretch out their paws in front of their heads. Additionally, they also stretch out their legs behind their butts instead of the reclining lion pose. This posture is known as the Superman pose, and it’s simply because it resembles the flying superhero. Dogs go into this position to keep themselves cool, with their belly against the cold floor. 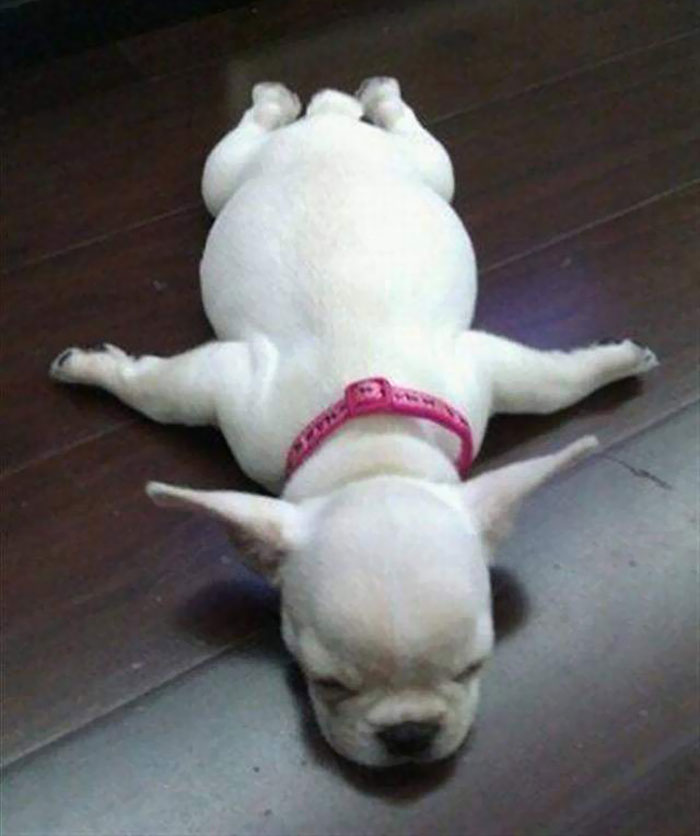 “This Is What Nap Time Looks Like In Our House”

“His Reflection Is The Greatest”

“This Is How She Sleeps”

“He Was Snoring Too” 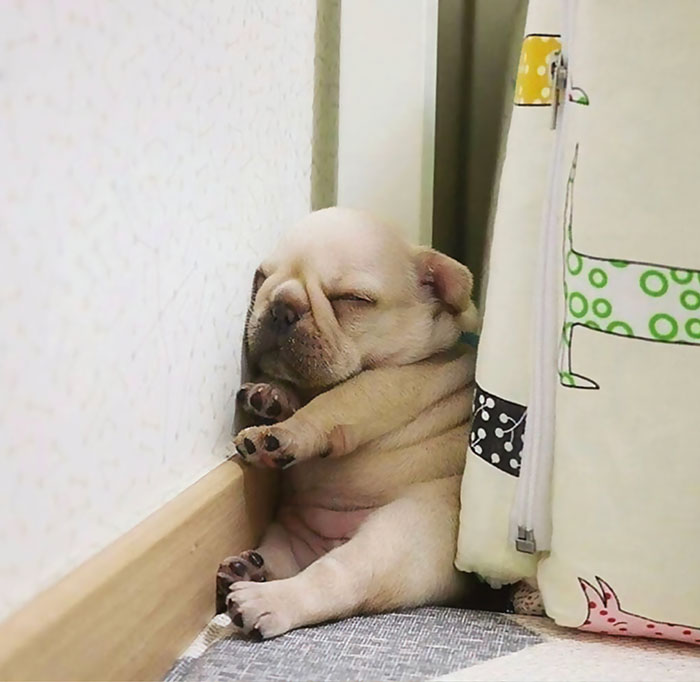 “Ollie Only Sleeps Under Chairs”

“I Think My Dog Is Broken”

“I Call This Tetris Murph”

“This Is Leela. She Sleeps Like This. It Just Ain’t Right”

“My Cousin Sent Me A Picture Of Her Dog Sleeping”

“This Is How My Dog Is Sleeping Right Now”

“She Likes To Hold Her Feet When She Sleeps”

“My Dog Will Sleep In Any Position. Apparently This Is Comfortable”

“This Is Ralph. Ralph Likes To Nap”

“My Golden Retriever Likes To Sleep Under The Toilet”

“My Brother’s Dog Is Pregnant, And This Is How She Sleeps”

“She Sleeps In Very Odd Positions”

“The Most Comfortable Way To Take A Nap”

“Any Idea What’s Wrong With My Dog?”

“My Dog Dreams Of Becoming An Olympic Diver” 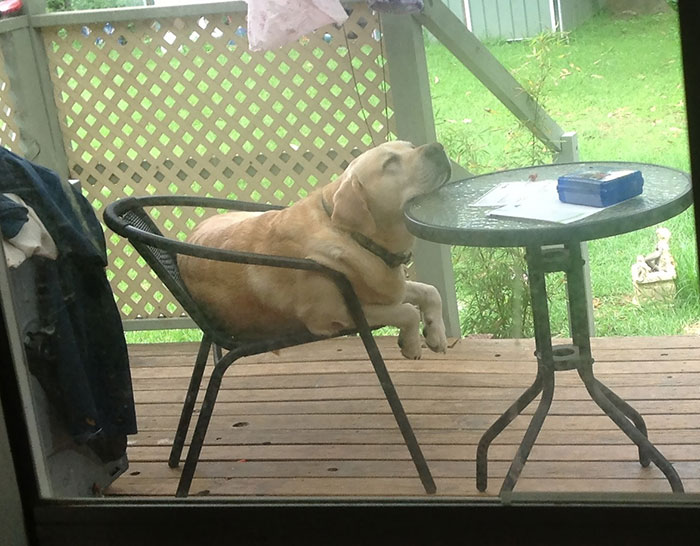 “My Dog Doesn’t Know How To Sleep Properly, Help”