The Oklahoma City Zoo is home to over 1,900 animals which includes critically endangered species such as the imperial zebra, forest giraffe, dama gazelle and Asian elephant. The zoo’s amazing herd of elephants is one of its main features as hundreds of visitors flock to the animal park to see these large land mammals. And we’re excited to share the good news that the herd continues to grow as confirmed by this elephant ultrasound which was recently released by the zoo.

On their Facebook page, the zoo shared a video of the ultrasound. So, people can see what a baby elephant looks like inside its mother’s womb. The expectant mom is 25-year-old Asha who is currently on her eighth month of pregnancy. In case you didn’t know, elephants have the longest gestation period of all mammals. Female elephants typically carry their young for 22 months before giving birth. So if we do the math, Asha will give birth in February 2022.

A tiny trunk and little legs? This ultrasound is ultra-sweet! The Oklahoma City Zoo is thankful for 25-year-old Asha’s growing Asian elephant calf, due in February 2022 ?

The zoo happily announced that Asha will be bringing her fourth calf into the world. The father is a 51-year-old male elephant named Rex and the pair have two more offspring, Achara (5 years old) and Kairavi (1 year old). Her firstborn, Malee sadly died in October 2015 due to endotheliotropic herpesvirus disease. The young elephant was 4 years old when she passed away. Learning from the tragic loss, the zoo’s veterinary team are working hard to learn more about the deadly virus that claimed the life of Malee. This is why they are rigorously monitoring Achara and Kairavi to make sure they’re growing healthily.

Baby on the way! In honor of today, August 12, being World Elephant Day, the OKC Zoo is thrilled to announce that Asian elephant, Asha, 25, is pregnant and due to give birth in February 2022! This will be Asha’s fourth calf born at the OKC Zoo. The Zoo’s bull elephant, Rex, 51, is the father. The pair are also parents to Achara, 5 and Kairavi, 1.

The veterinary team and zoo staff are working together to ensure Asha has a healthy pregnancy and safe delivery when the time comes. Staff are making sure she’s eating nutritious food to help enhance the development of the baby inside her womb. Her diet consists of hay, grass, tree limbs, fruit and vegetables. Furthermore, the veterinary team is giving her regular ultrasound procedures to monitor the pregnancy. The recent ultrasound showed that both mother and child are healthy. 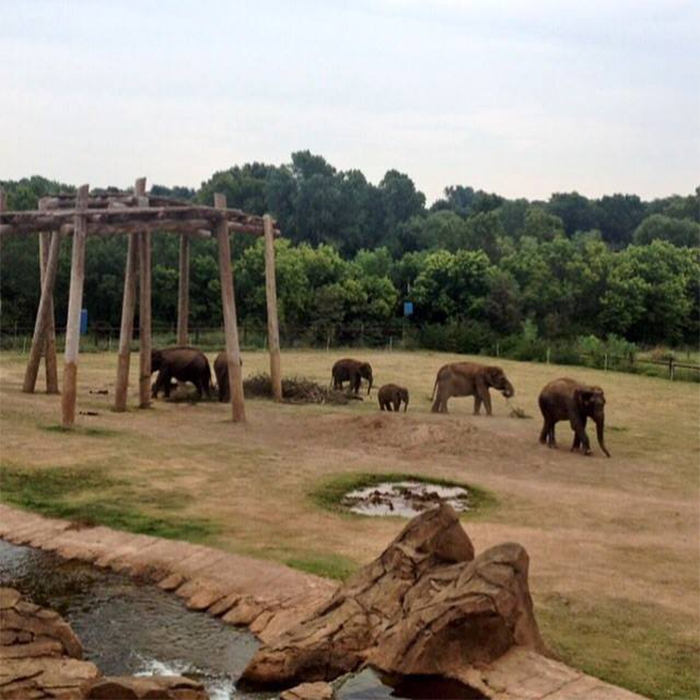 People on the internet were amazed by the ultrasound video showing vivid details of the unborn animal. You can easily identify the head, trunk and legs from the ultrasound result. For many people, this is actually their first time seeing an ultrasound of a baby elephant. So, it’s no surprise that the post quickly went viral.

“Asha is unique in that she is very gentle, patient and eager to learn,” said Rachel Emory, Oklahoma City Zoo’s Curator of Elephants and Rhinos. ” She has raised three calves and is an excellent mother. Asha does an incredible job of allowing her calves to explore the Zoo’s elephant habitat and interact with other herd mates, while also always keeping them within her sight.” 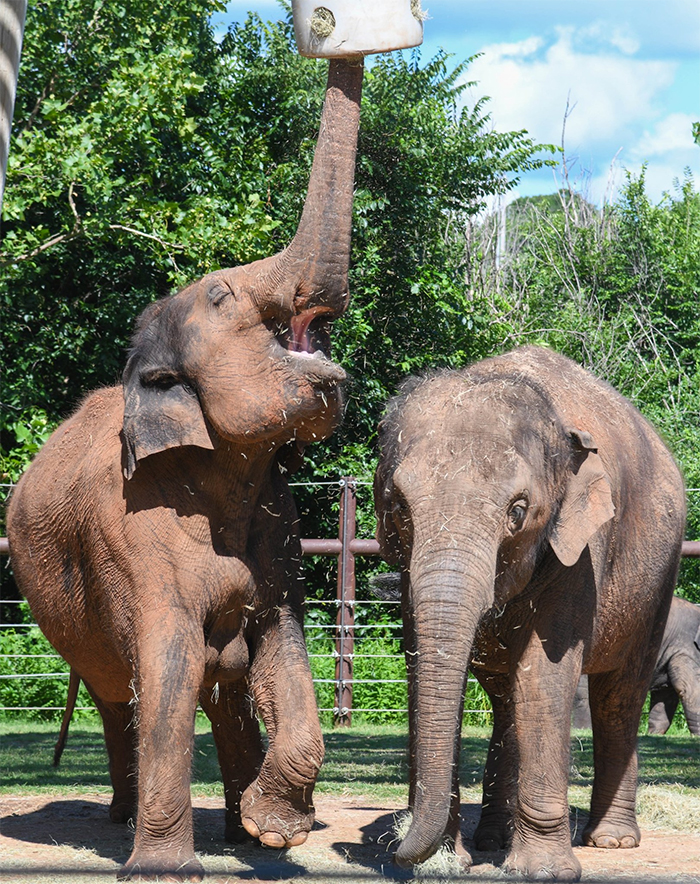 The zoo currently has 7 resident elephants including Asha and her two calves, her sister Chandra (24 years old), Rex, Bamboo (53-year-old female) and Kandula (18-year-old male). Hopefully, the zoo will have 8 of them come February 2022. It is also important to point out that Asian elephants are considered endangered with their population declining by 50% over the last couple of centuries. Loss of habitat due to deforestation, fragmentation and poaching are some of the major reasons why they’re becoming endangered. 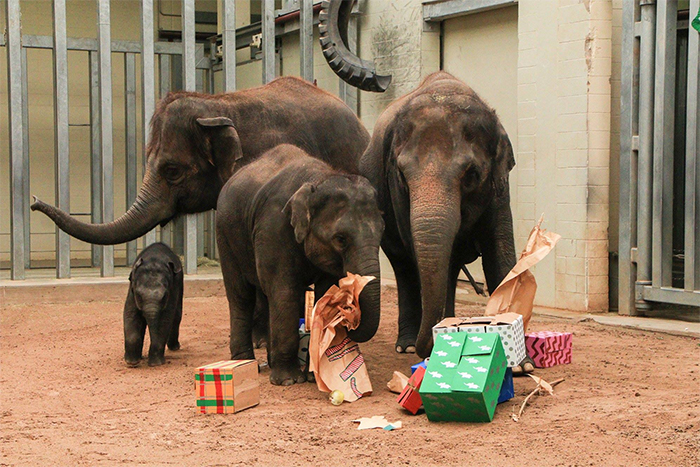 As a member of the Association of Zoos and Aquariums (AZA), the Oklahoma City Zoo vows to preserve the remaining population of Asian elephants. Aside from giving these endangered species a safe place to live, the zoo also provides education and monetary support for conservation projects around the world. Moreover, the zoo has been conducting research to combat elephant endotheliotropic herpesvirus.

“I love that AZA-member zoos, like the Oklahoma City Zoo, provide opportunities for people to witness how truly amazing this species is and to help foster the desire to protect and conserve them in the wild”, Emory added.