Like our fingerprints, the coat of a zebra has a unique stripe patterns as a form of identification to help them recognize one another. This is why after giving birth to their foals, mother zebras keep the baby completely separated from the herd. Foals imprint on their mother’s striped patterns by keeping them close to their mothers while both are isolated from the herd for a few days.

In February 2020, Sheldrick Wildlife Trust in Kenya rescued a foal from a ranch where a pride of lions attacked a herd of zebras where it belonged. Sadly, the foal’s mother was killed by the lion attack. Desperate to survive, the foal instinctively ran towards the ranch and into a herd of goats. Luckily, a herdsman was presently watching over the herd of goats who later found and rescued the poor foal. The herdsman brought the foal to Kenya Wildlife Service who turned it over to the Trust’s VOI Reintegration Unit. 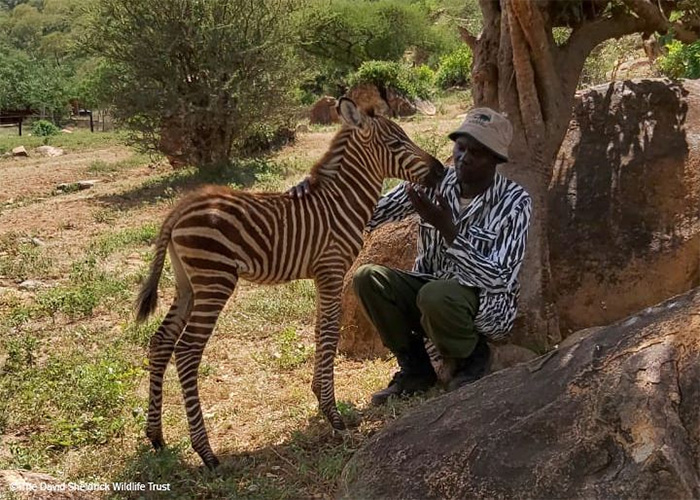 The wildlife rehabilitation organization named the newly-arrived baby zebra ‘Diria’ which was also the name of the ranch where he was found. The animal rescue was glad that Diria was saved from the horrifying experience. But the keepers must try to figure out how to raise him in captivity. A foal would need its mother to take care of them. Since Diria’s mother is no longer around, the keepers have to find a way to imprint him on a caretaker. 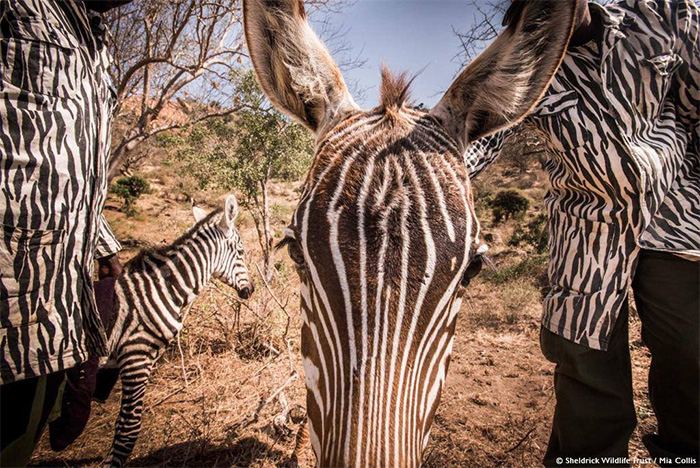 The Trust then came up with a brilliant idea to help Diria imprint on the caretakers. By letting a particular keeper wear a specially made coat with a distinctive black-and-white stripes, the baby zebra could be able to imprint and recognize the wearer as a mother figure. This is to help the keepers in feeding and providing all the care he needs. Furthermore, the special jacket can be worn by different keepers to avoid imprinting him on one person should they go on leave.

“Little Diria – named after the ranch where he was rescued – arrived into our care at the end of February 2020, fluffy and sporting brown and white stripes and a punk-like mane. Since then we have provided Diria with the constant comfort and company (and milk feeds) he would have received from his mother, with our Keepers even wearing a specially made, striped coat when they are caring for him so that he can still imprint, even though a rosta of Keepers provide for all his needs. As you can see, Diria is incredibly affectionate with his carers and it would seem a highlight of his day is nuzzling into them as they comfortingly groom him.”, the Trust wrote on their Facebook page.