According to the World Happiness Report 2020, Sweden sits in number 7 on the list of the world’s happiest countries. And where does the United States rank? The Land of Opportunity barely made it to the top 20 by holding on to 18th place. But why are Americans not so happy with the ‘American Dream’ anymore?

It’s important to point out that the country has one of the highest tax rates in the world. The Nordic country has a top marginal tax rate of 57%, compared to the United States’ 50%. It’s a known fact that most Americans dread having their taxes raised. But if Swedish citizens are paying more taxes than Americans, why are they happier?

A Swede, whose name is unknown, explained in detail what it’s like to live, work and pay taxes in their country on a Facebook post. The Facebook user even disclosed the exact amount they earn and the amount of taxes they pay. It was also explained on the post that the taxes are utilized towards public services. And with these services, citizens greatly benefit from national healthcare, free education, heavily subsidized care for the elderly, liberal overtime pay, generous paid vacation and parental leave. Even borrowing of books from the library is free of charge. Citizens are reaping all these benefits due to the taxes they pay.

A Citizen Explains The Country’s Economic System On Facebook 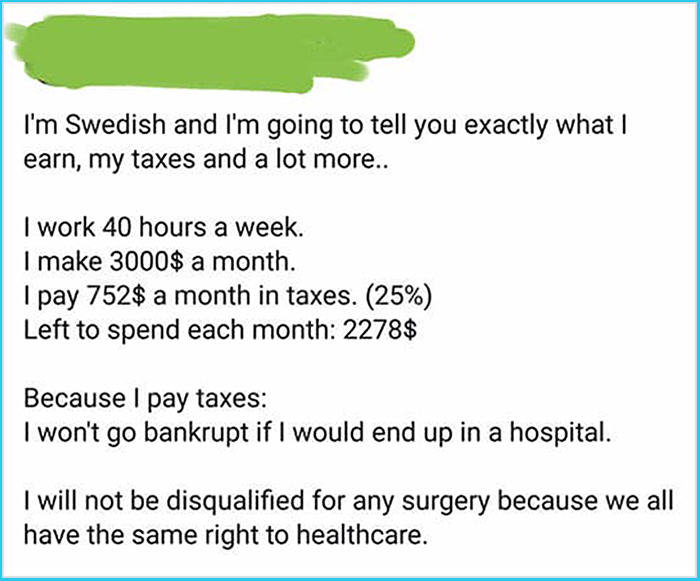 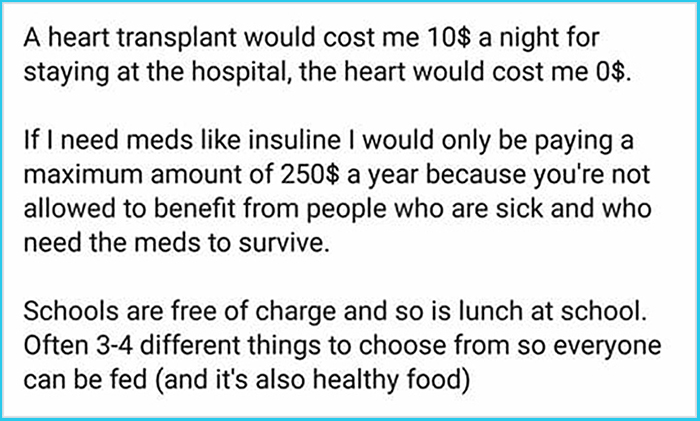 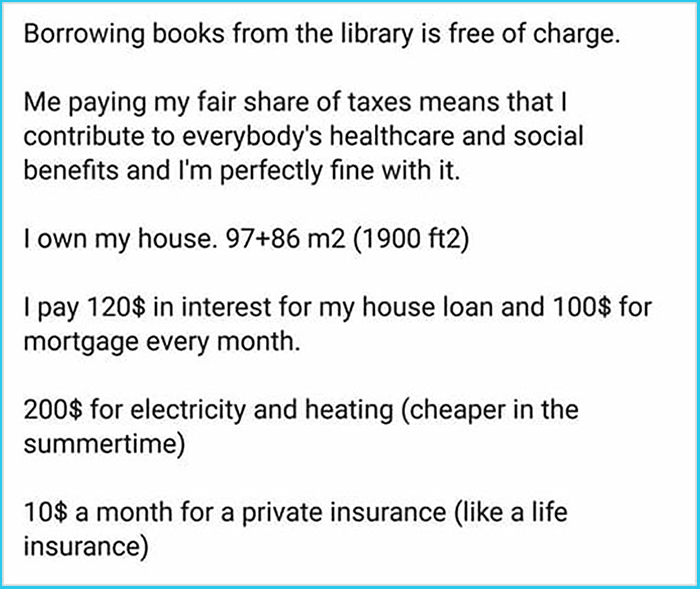 The Facebook user also presented a breakdown of their gross income and how they’re spending it on a monthly basis. Let’s also include the fact that the country is one of the most prosperous in the world according to the Legatum Prosperity Index 2020. The country also has a high life expectancy of 83 years mainly because of the free health care access for all its citizens. On top of this, the country boasts very low unemployment rates while maintaining a trade surplus. So, Americans can really learn a thing or two from the Nordic life. 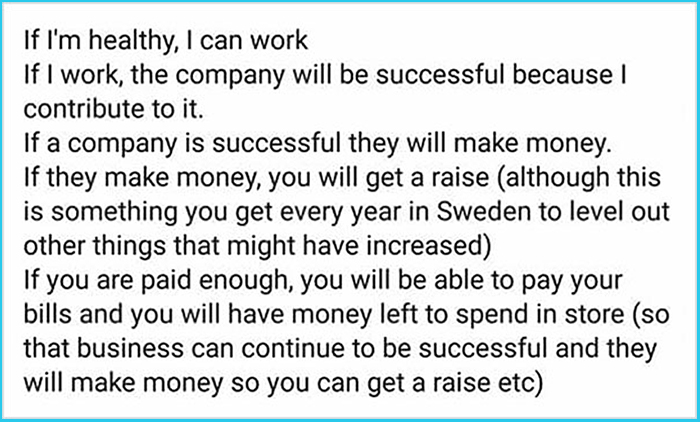 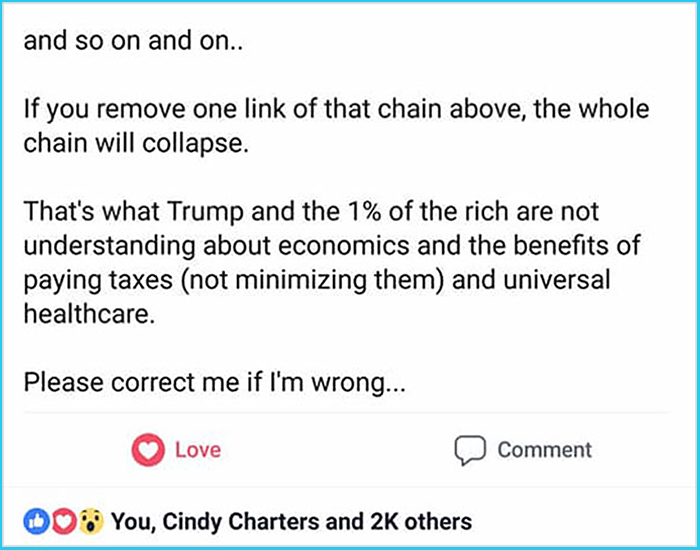