Did you know that there’s a creature that’s small, fluffy and adorable like a hamster but has a trunk-like nose like an elephant? No, we’re not kidding you or describing a character from a whimsical children’s storybook. There’s really a creature like this scurrying around in the world. Say hello to the Somali Elephant shrews! Now, you may be scowling a little, because this is the first time you’ve ever heard of them. That’s because nobody has seen them for fifty years. That is, until now.

Almost immediately after their ‘disappearance’, GWC placed them on their “25 Most Wanted Lost Species” list. Before their disappearance, only 39 individual sengi had been known to science centuries ago. Now those 39 sengi are stored at museums. And because there was little to no information collected about them in the past, most people didn’t know that such an extraordinary creature existed. In fact, they were among the world’s least known species! For half a century, the sengi species was considered one of African mammalogy’s biggest mysteries. 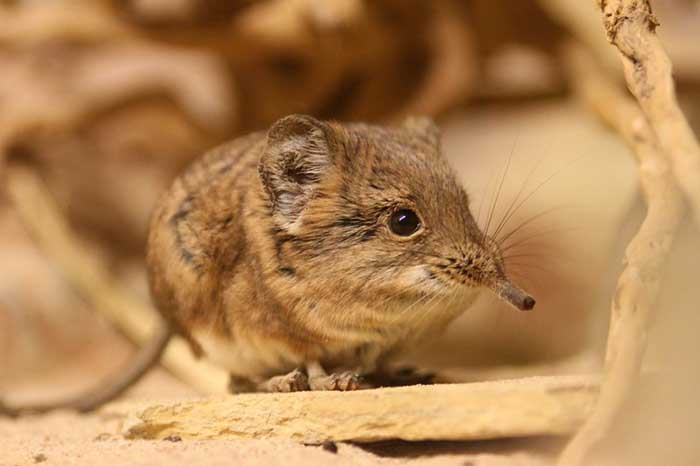 “Sengi biology is a science of passion,” Steven Heritage, a research scientist at the Duke University Lemur Center and lead author on the PeerJ paper, said. “It takes somebody that’s motivated by passion for sengis to go out looking for this lost species. They are not well-known animals, but when you see them, it’s impossible not to adore them.” 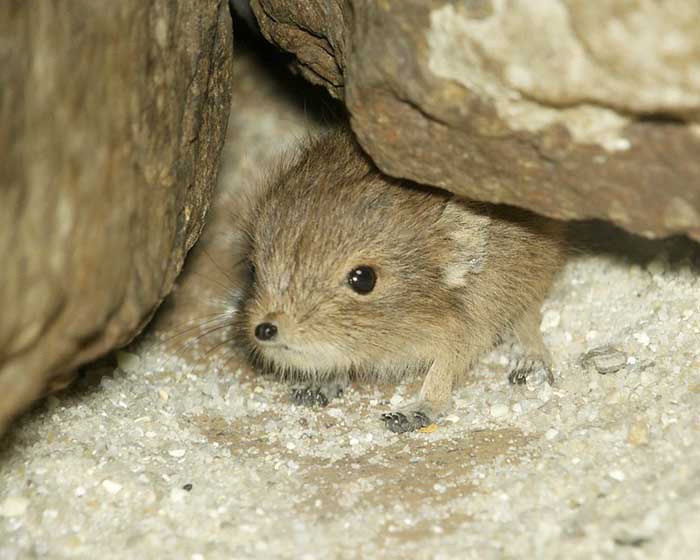 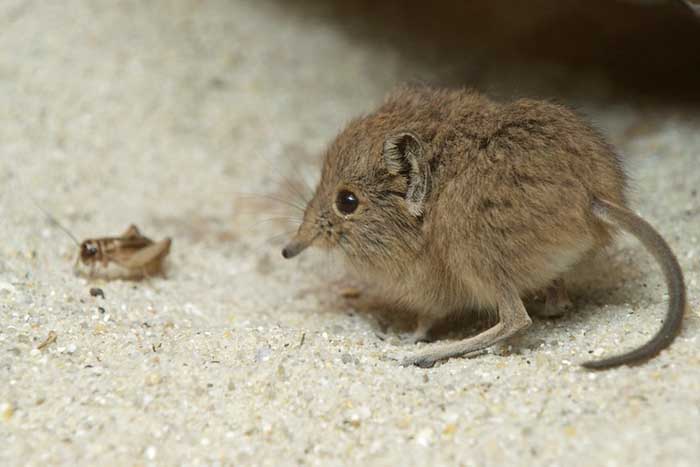 Originally, Somali Sengi or Somali Elephant shrews could only be found in Somalia, hence the name. Then in 2019, GWC learned that the elusive creature was spotted in Djibouti. GWC immediately put together a team of scientists to find the sengi. Aside from Steven Heritage, the team also had legendary sengi researcher, the late Galen Rathbun from the California Academy of Sciences. Houssein Rayaleh, a research ecologist and conservationist from Association Djibouti Nature, who had seen the mammal before also joined the team. They started their search by interviewing and showing pictures of the sengi to local Djiboutians. Following this, they also conducted a scat analysis to figure out what the creatures ate.

They set 1, 259 traps to catch the elusive shrews

After determining that the sengi diet, they set a total of 1, 259 traps in 12 locations. Apparently, the shrews had been calling a rugged, rocky, boulder-filled landscape their home. No wonder people rarely spotted them! The traps all had a smelly bait that comprised of peanut butter, oatmeal and yeast. And it worked like a charm.

“It was amazing,” Heritage said. “When we opened the first trap and saw the little tuft on the tip of its tail, we just looked at one another and couldn’t believe it. A number of small mammal surveys since the 1970s did not find the Somali sengi in Djibouti – it was serendipitous that it happened so quickly for us.” 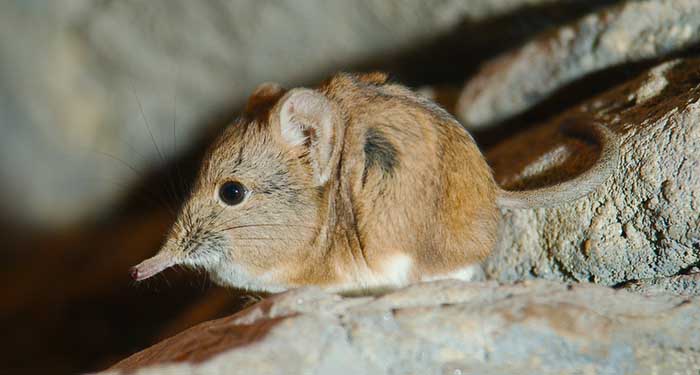 The ‘stinky’ trap managed to lure 12 Elephant shrews out. Heritage and his fellow scientists took several photos and videos of the sengi for scientific documentation. In addition to this, they also assessed whether the sengi’s location was safe from any looming threats. Heritage and his fellows deemed the species safe since the sengi reside in a dry and inhospitable location that makes it unfavorable for human activity.

As we said, the Somali sengi looks like a fluffy critter with a trunk-like nose. Its elongated nose isn’t just for show either, because the sengi use it to eat insects. But don’t let its size fool you. This recently rediscovered mammal is very quick on its feet. In fact, Global Wildlife Conservation claimed that it can dash around boulders with its incredible hind limbs “built more for gazelles than small mammals”. This species also mates for life and never moves away from their beau and territory. And curiously enough, despite their size, the Somali sengi has some pretty huge relatives, like the elephants, Aardvarks and manatees! 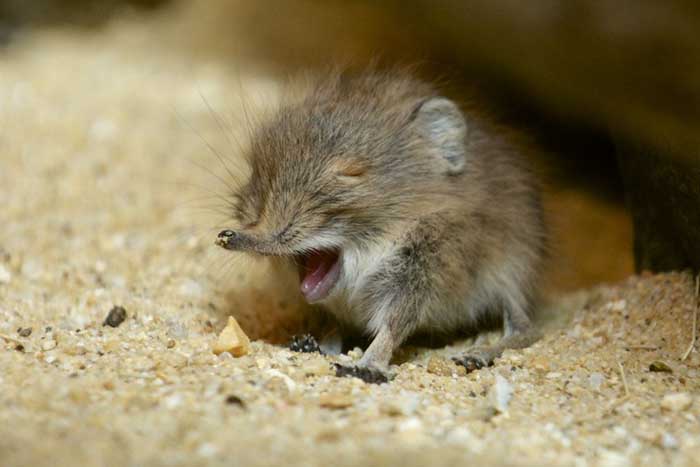 The Somali sengi are no longer a ‘lost species’

“Usually when we discover lost species, we find just one or two individuals and have to act quickly to try to prevent imminent extinction. This is a welcome and wonderful rediscovery during a time of turmoil for our planet, and one that fills us with renewed hope for the remaining small mammal species on our most wanted list, such as the DeWinton’s golden mole, a relative of the sengi, and the Ilin Island cloudrunner.” 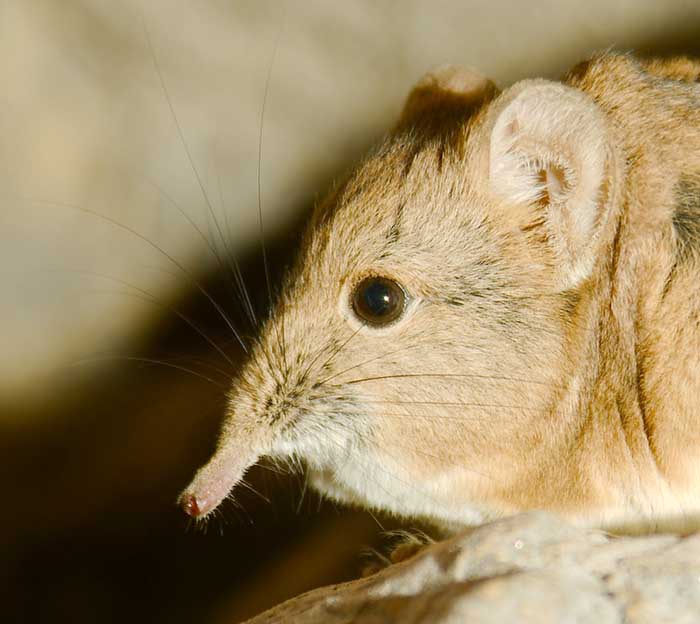 Here’s a quick summary of information about the fascinating fluff

Watch them dance in the morning sun