It’s time to say goodbye to carved pumpkins and to start hanging up those stockings! Thanksgiving is over and that officially gives us the green light to go crazy for Christmas. Naturally, the shift in seasons also calls for different food and drinks. Autumn is all about pumpkin spice and apple cider. Whereas, winter is all about the iconic peppermint and chocolate duo.

Brands have begun selling their winter offerings, now that autumn is on its way out. M&M’s, Oreo, and KitKat led the mint-choco race and more brands are following suit. Among the latest to join the holiday flavor craze is Dairy Queen’s New Peppermint Hot Cocoa Blizzard, and let me tell you, it’s everything that a Christmas-inspired ice cream treat should be! 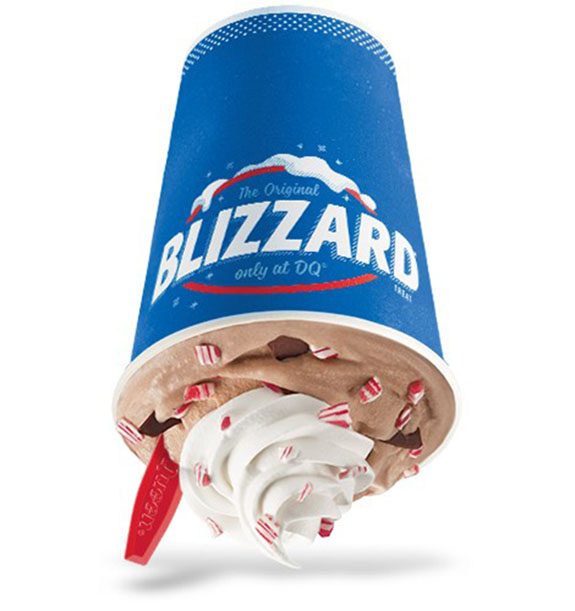 Last year, Dairy Queen released two iconic Blizzards: the Candy Cane Chill Blizzard and the Hot Cocoa Oreo Blizzard. These two season-exclusive Blizzards took the world by storm. The Candy Cane Chill was a vanilla sundae loaded with peppermint pieces and chocolate chunks. Meanwhile the Oreo Hot Cocoa Blizzard had cookie pieces and cocoa fudge mixed in with vanilla soft serve that was topped with a swirl of whipped cream.

They were the perfect frosty treats for the holiday season. Choosing between them was probably quite difficult, because they’re both so good! Thankfully, this year, you won’t have to choose between either flavors because the queen of delicious soft serve ice cream has decided to combine them to make the ultimate holiday Blizzard.

DQ’s new peppermint hot cocoa blizzard is like Christmas in a cup ? ?? | #eatingbirmingham

The new, season-exclusive Blizzard is available now at participating DQ locations. It is the brand’s December Blizzard of the Month, so you know it’s good. It probably tastes like Christmas with every spoonful. So hurry over to the DQ nearest you to see if they’re offering this festive frosty treat! It’s never too cold for a holiday Blizzard.