Home » Funny » Entitled “Karen” Assumes Shopper Is An Employee, He Makes The Situation Hilarious For Himself

Entitled “Karen” Assumes Shopper Is An Employee, He Makes The Situation Hilarious For Himself

No one wants to encounter a Karen. But what would you do if a demanding customer suddenly mistakes you for an employee? They say that the customer is always right, but not until that customer mistakes another shopper for an employee. We’ve all been mistaken for somebody else at some point in our lives. But most of the times, we experience this scenario in retail settings.

How many times have you been mistaken as an employee while you’re shopping? Everyone has their own stories to tell about this particular incident. Well, everyone makes mistakes. And when a customer mistakes us for an employee and asks for help politely, we tend to just play along and help our fellow customers. No harm done. But the same can’t be said when a self-entitled customer suddenly bombards you with commands thinking that you’re a staff member.

Store employees never want to run into rude customers, if possible. Now, imagine what happens when an unwary shopper, simply running errands at the store, becomes a target for an obnoxious customer. Being mistaken for a store staff is one thing, but being commanded in a very rude way is just unforgivable. Reddit user u/Wiggle_it_loose shared his fateful encounter with a conceited woman at a supermarket. He posted his rather amusing story in a subreddit called r/IDontWorkHereLady, a page where people can share their encounters with irate customers who mistook them for employees.

Redditor u/Wiggle_it_loose begins the story by saying that people often mistake him for a staff member due to his ‘retail’ face. But one particular incident is definitely worth sharing. This unforgettable encounter involves a rude lady which he preferred to name ‘Douchebagette’ or DB for short. So, you can already imagine what kind of woman we’re talking about here. Redditor u/Wiggle_it_loose recounted how he handled the self-entitled customer when she demanded him to look for the item she needed. He sure got the best of the scandalous customer by responding to her in cold, hard honesty. 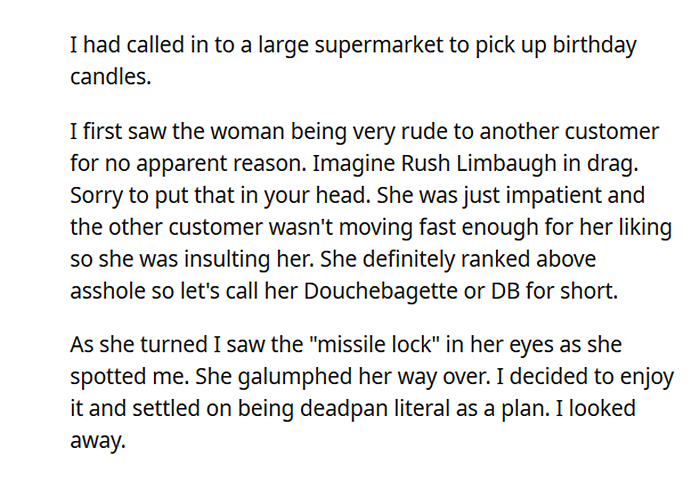 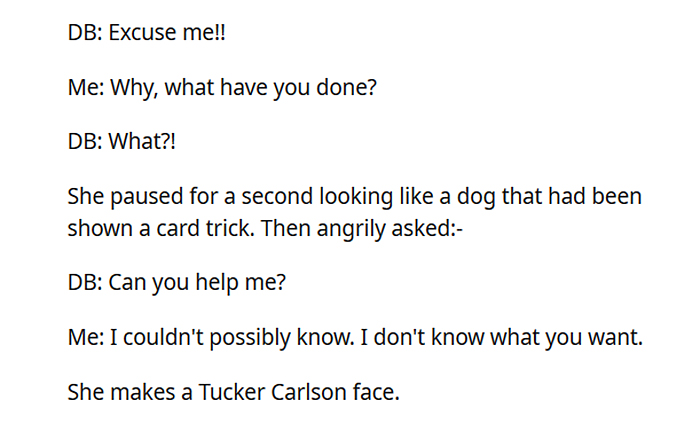 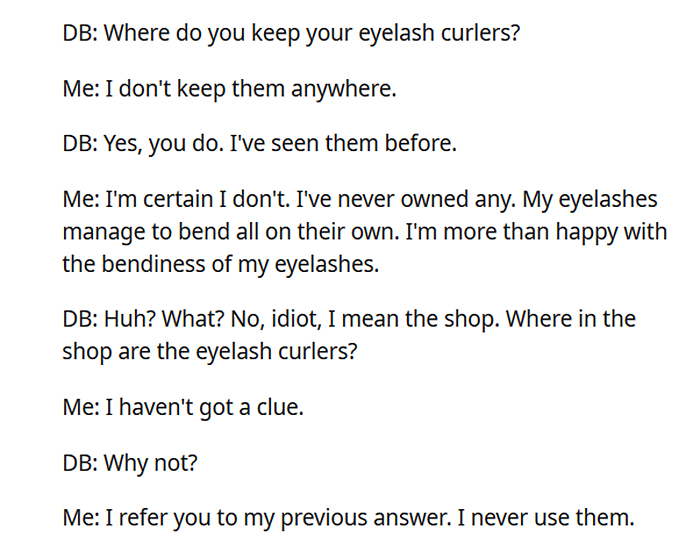 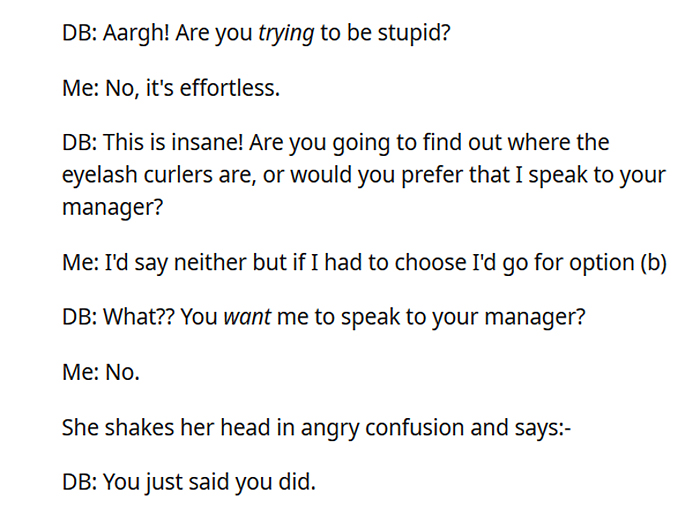 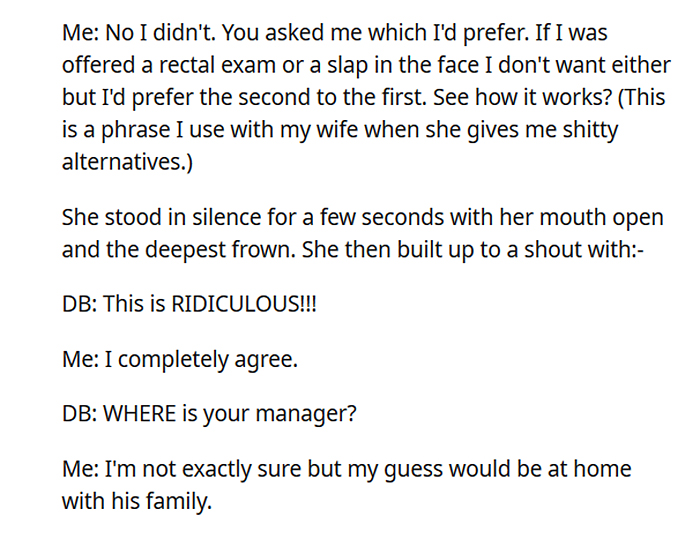 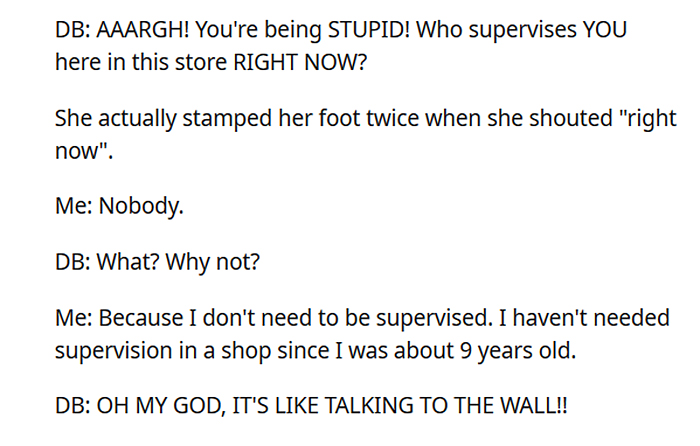 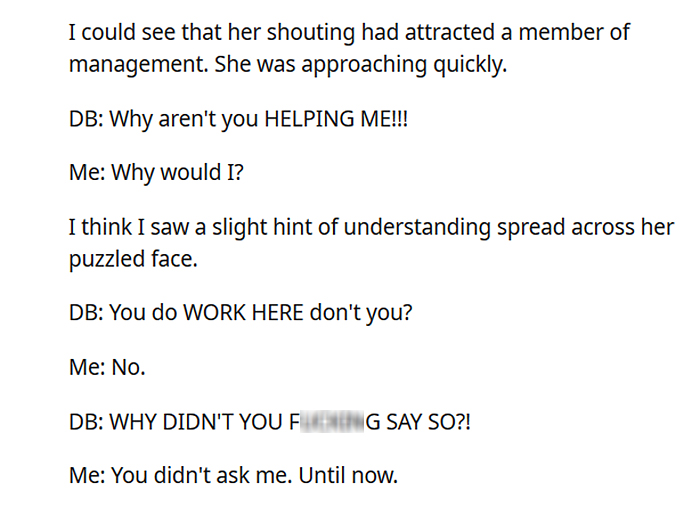 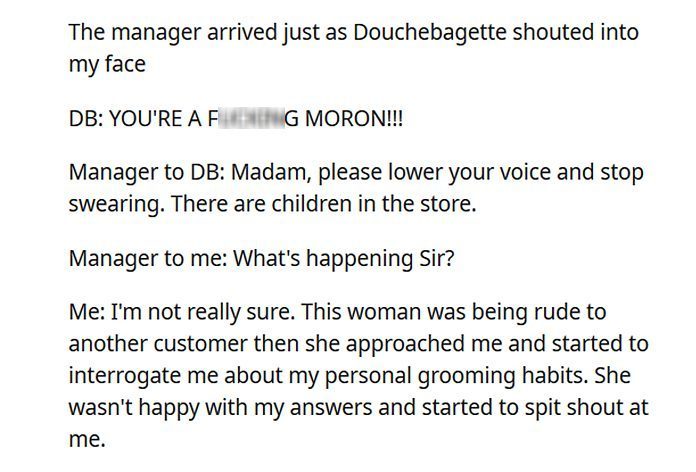 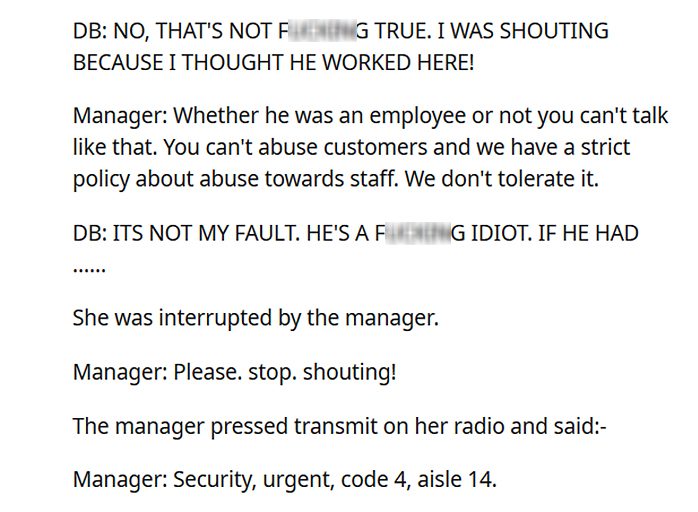 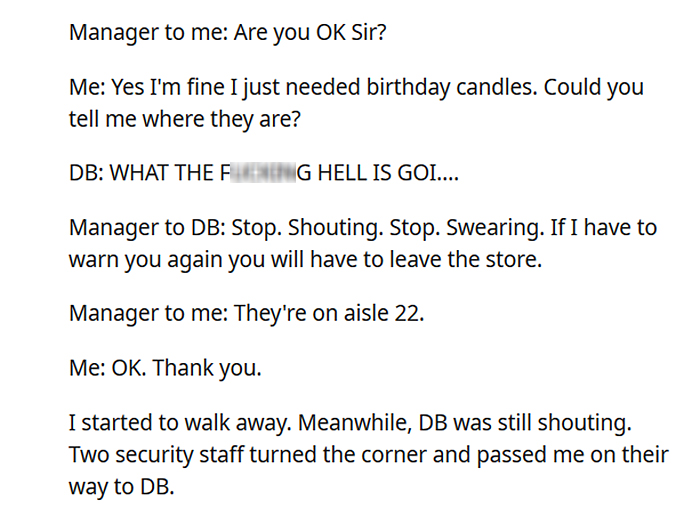 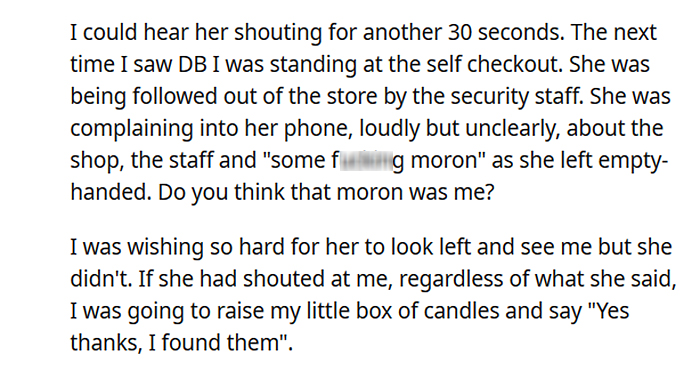 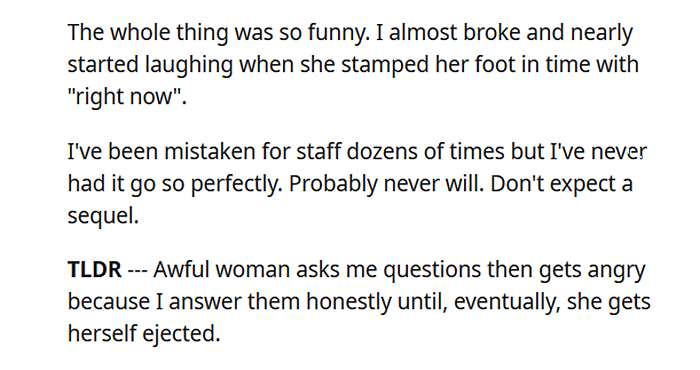 Here’s how people reacted to this amusing story