Life is hard enough and we’re all aware of that. Most of the time, we feel like life has stacked the deck against us. But you’ll be glad to know that even life has it loopholes that allow us to get our way around or out of a difficult situation. Well, real life actually isn’t that much different from a video game. You work hard to survive and level up your career, you interact with other people who can help you move up to the next phase, and you try to clear the game to create a legacy. That’s pretty much what we do in real life, right?

And just like in video games, there are also cheat codes in real life that can make things a lot easier. Yes, you can cheat your way through life if you can cleverly find some flaws in the system. Haven’t you ever wondered how underdogs defeat the top dogs in some occasions? The answer is simple: these little guys know how to find the glitch in the system and take advantage of it.

But is it really okay to cheat the system? Well, life cheats on you anyway even if you don’t cheat. So, just consider it as ‘making the first move’. However, life cheats aren’t that easy to find. And when flaws are discovered by some genius people, they tend to keep the secret to themselves. Some clever life hacks aren’t always shared because these cheat codes are likely to become ineffective once discovered. 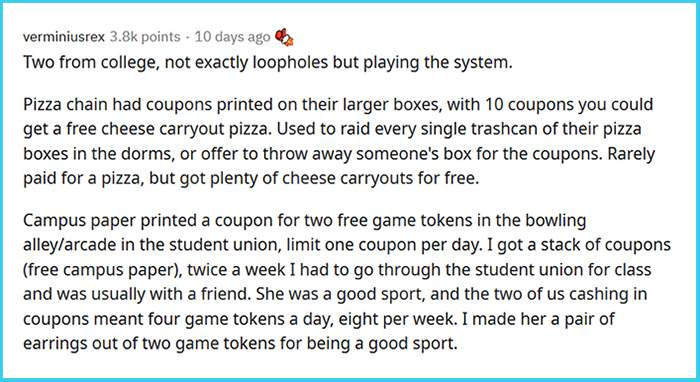 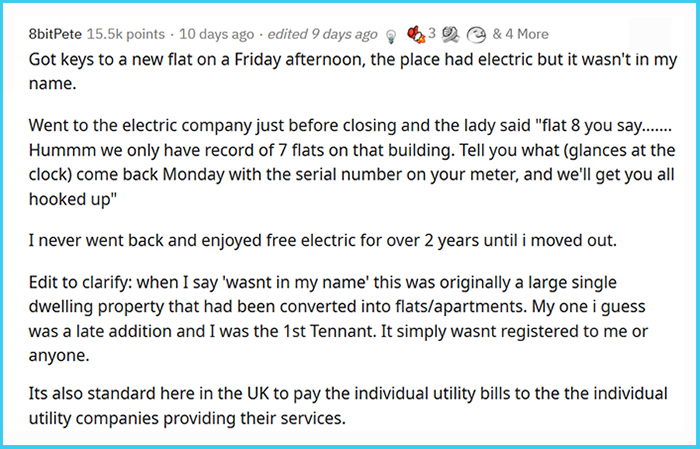 Apparently, many people have been trying to expose some hacks that will make you say ‘why haven’t I thought of that before?’ As a matter of fact, these brilliant people have been cheating the system for years. And now they’ve decided to share these sagacious life hacks for other people to use. It all started when Reddit user SterlingBoardman asked other Redditors to share the loopholes they have exploited for years before someone found out. And the number of responses were surprisingly overwhelming. The thread has currently over 16k comments and 65k upvotes in just a span of 10 days. And here are some of the best responses so far. 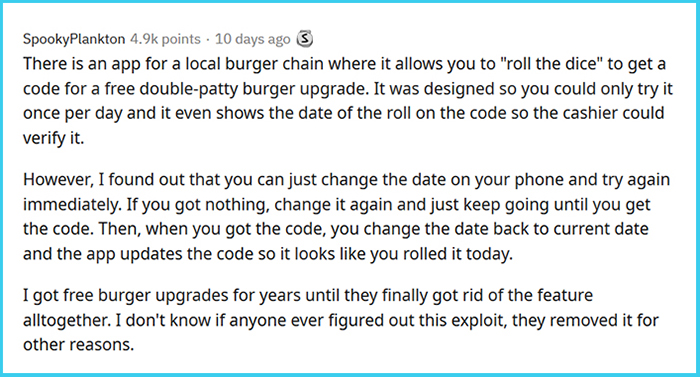 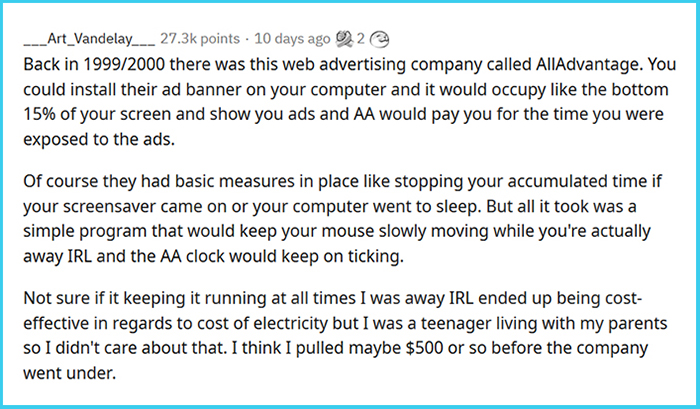 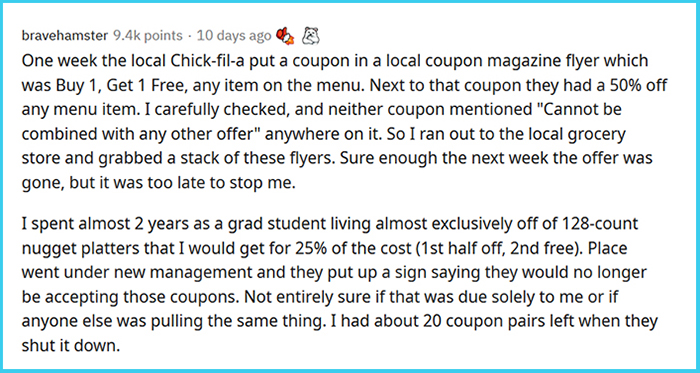 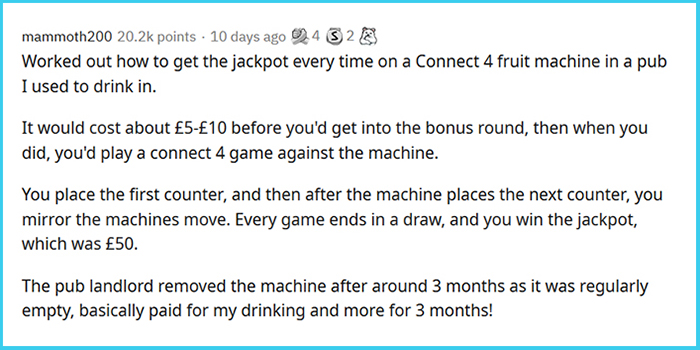 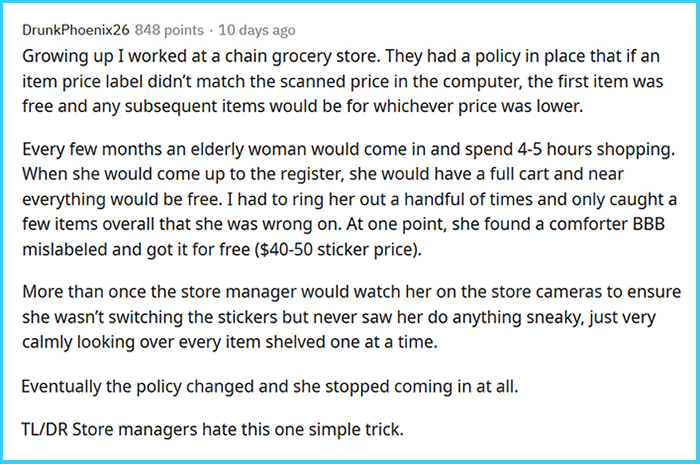 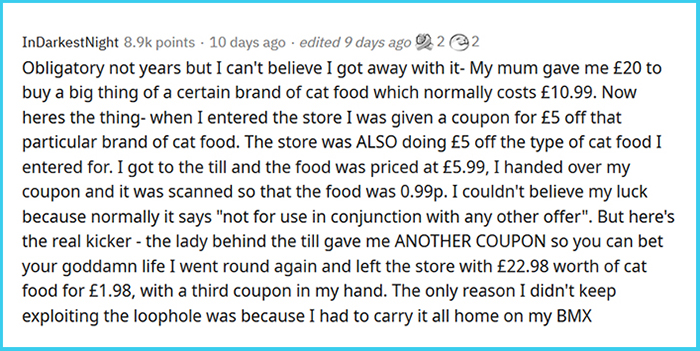