From surrealism in the early 1900s to modern digital compositing, photomontage has a rich history that allowed artists and photographers to create uncanny scenarios that can disturb and provoke human subconscious. British artist Suzanne Moxhay uses this age-old technique to make surreal photomontages featuring apocalyptic indoor and outdoor landscapes. The haunting images not only stir the psyche but the unsettling scenes also evoke a complex experience of solitude.

Deserted homes that are eerily overtaken by nature and desolate streets void of human presence, Moxhay shows us a glimpse of an environment that we could only see in films and in our imagination. The process of making photomontages involves taking several photos and arranging them together to create a single image. Traditionally, it is done by cutting, gluing, rearranging, and overlapping multiple photos. But modern technique involves the use of digital photo manipulation programs such as Adobe Photoshop. 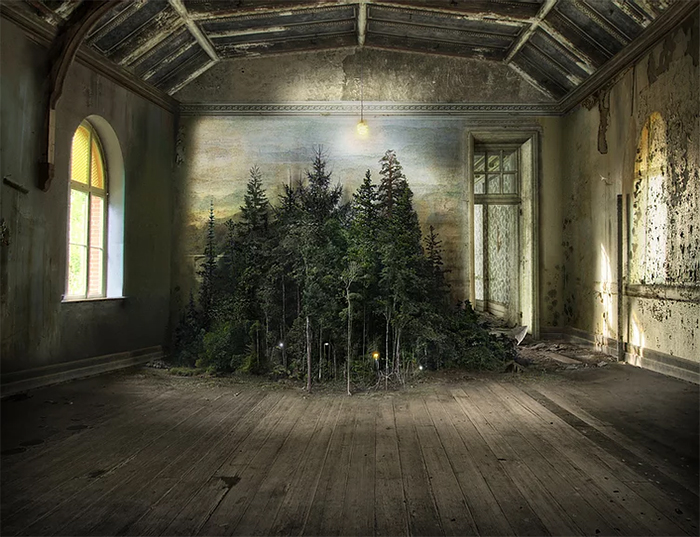 Moxhay uses a combination of photomontage and matte painting to achieve a seamless setting that appears poignant yet alluring. Matte painting is one of the most common visual effects techniques in filmmaking. This technique allows editors to paint or enhance existing photos of landscapes or sets to create an illusion of a background that is not present in the filming location.

By applying both techniques, Moxhay was able to add more dramatic elements to the images. Although the photomontages looked seamless, they elusively hold subtle deviations from reality. And there’s an artistic reason behind these small discrepancies.

“There are discrepancies in perspective; shadows falling in the wrong places,” Moxhay explains. “I was always interested in that effect in film, where you’d see the action take place in an environment that clearly wasn’t real.” 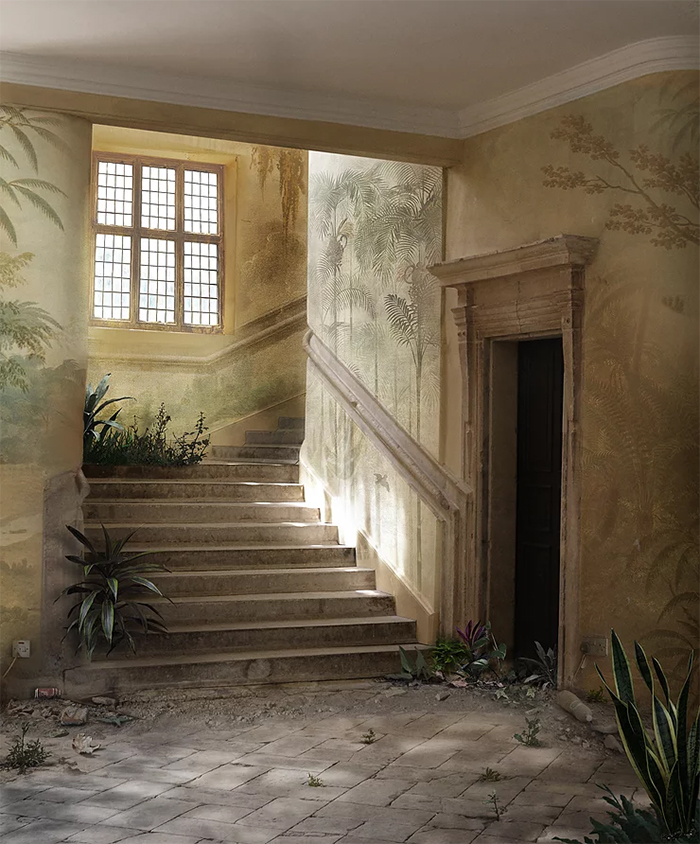 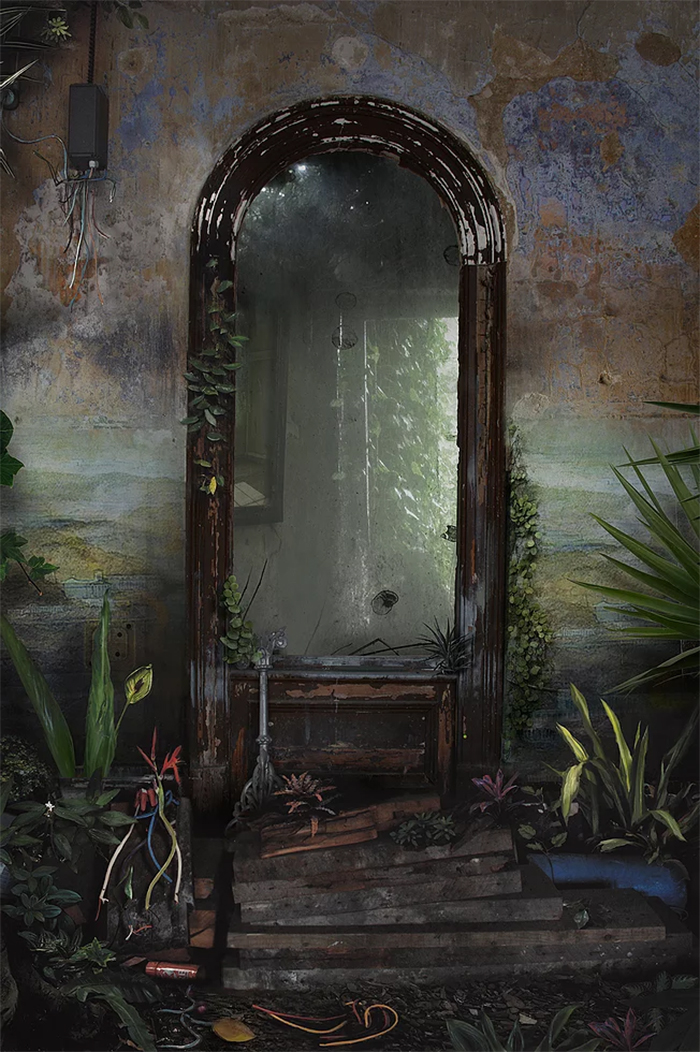 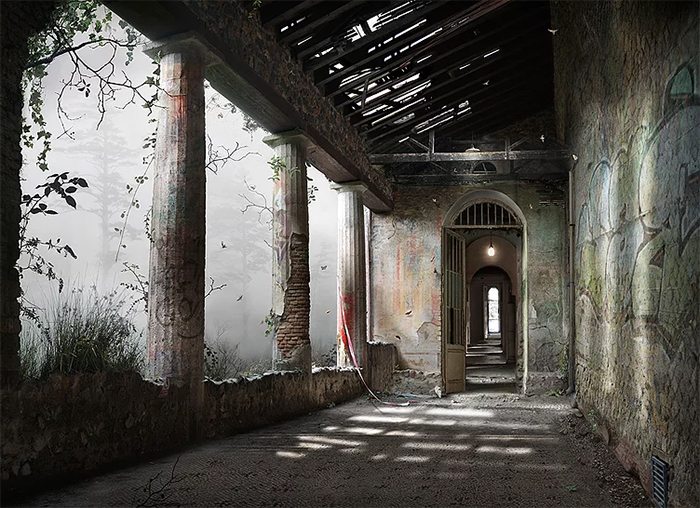 Enter the theatrical and surreal world featuring uncanny places with juxtaposed space and time elements fused into reality. We’ve compiled some of Moxhay’s best photomontages to bring some of your dreamlike visions to life. 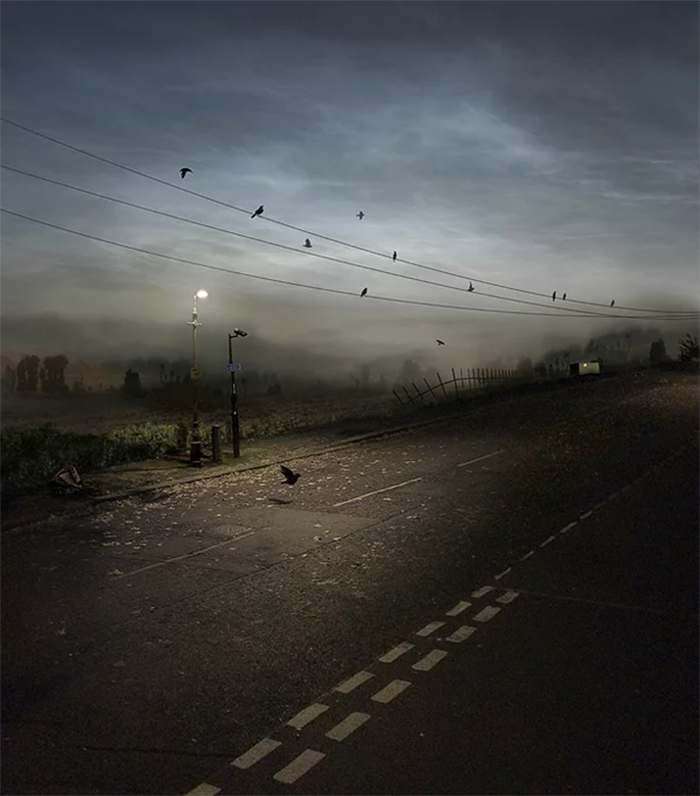 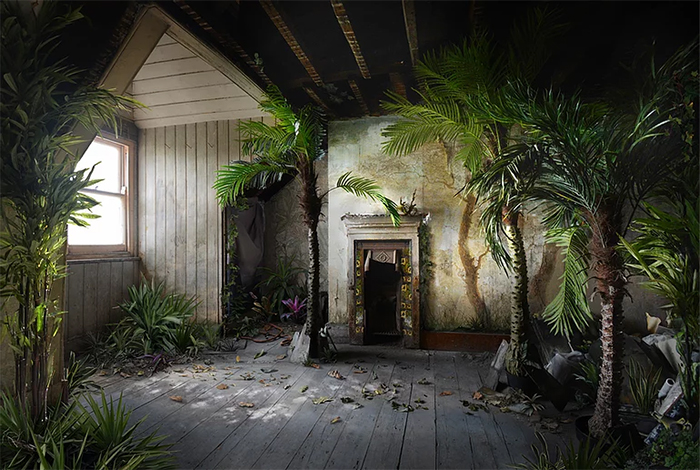 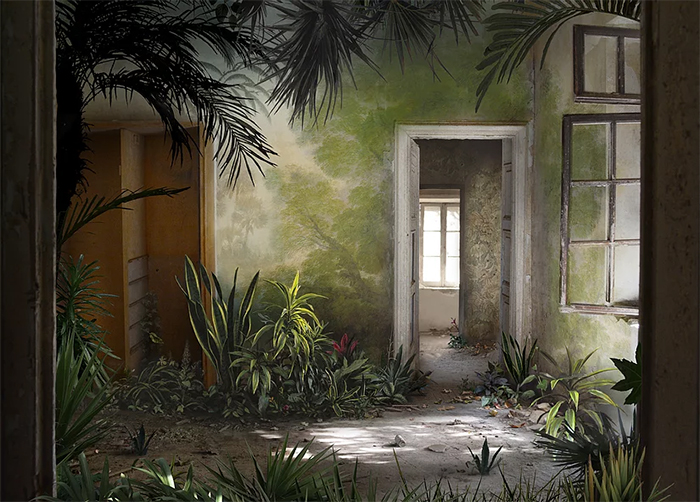 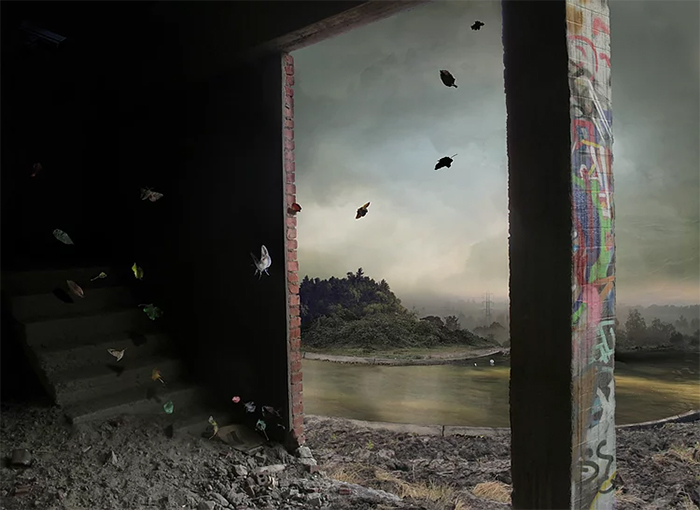 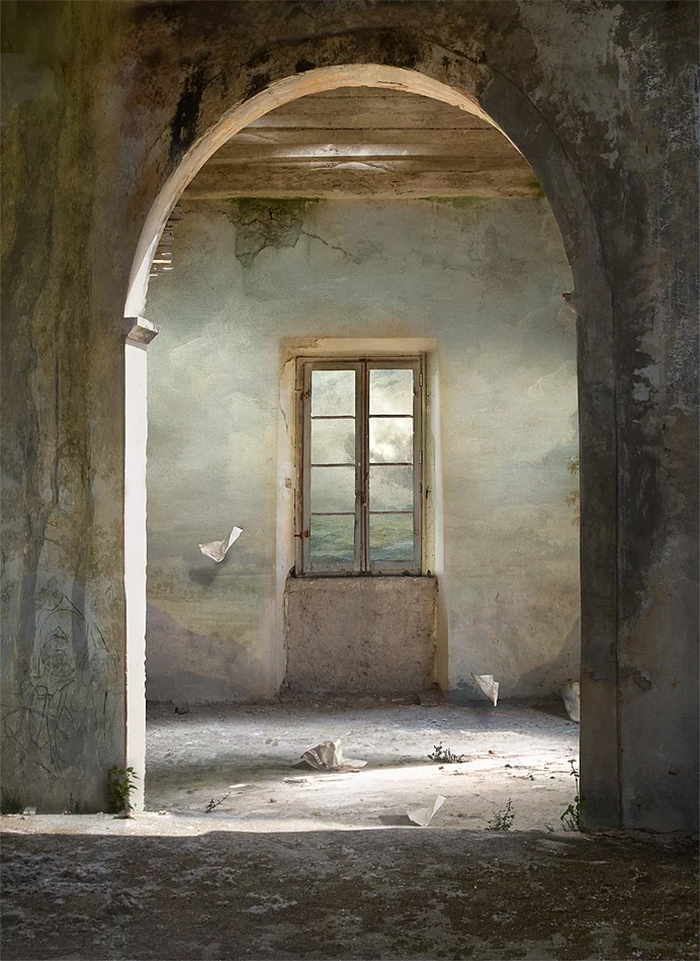 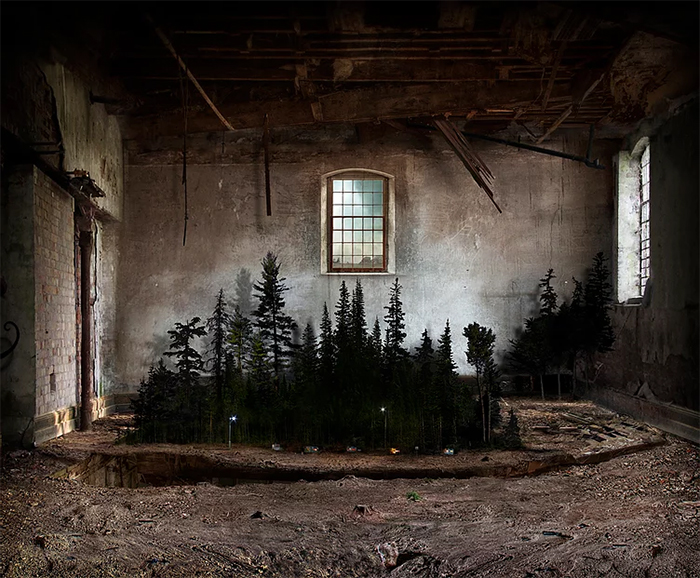 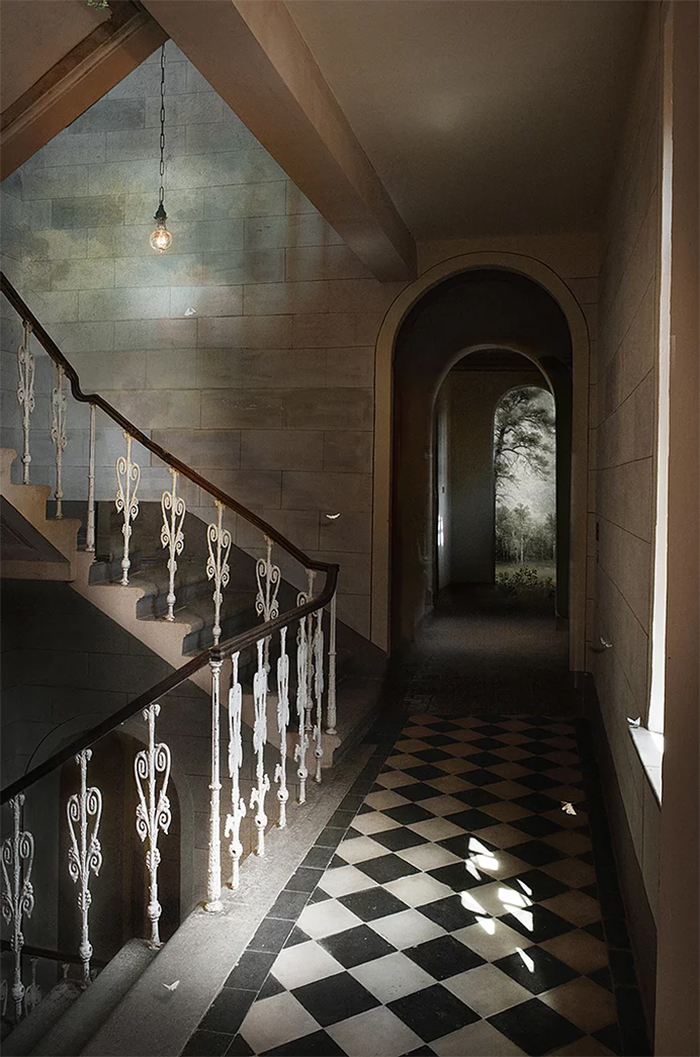 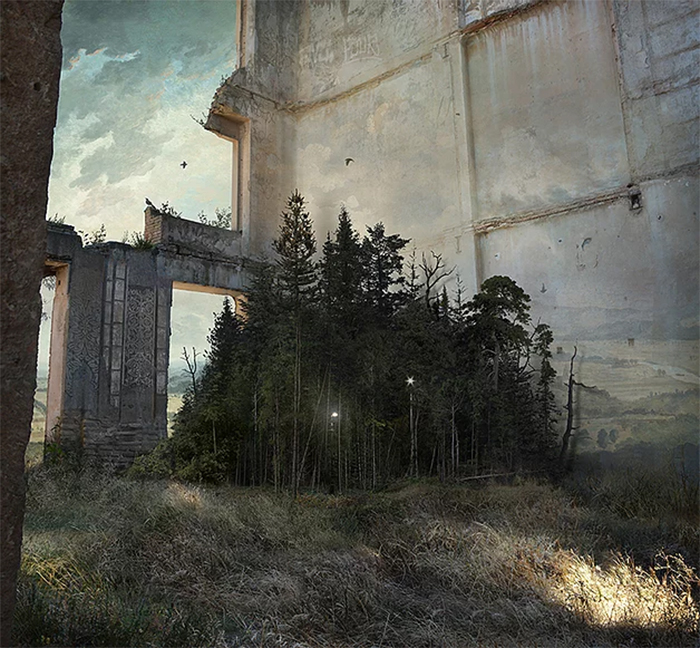 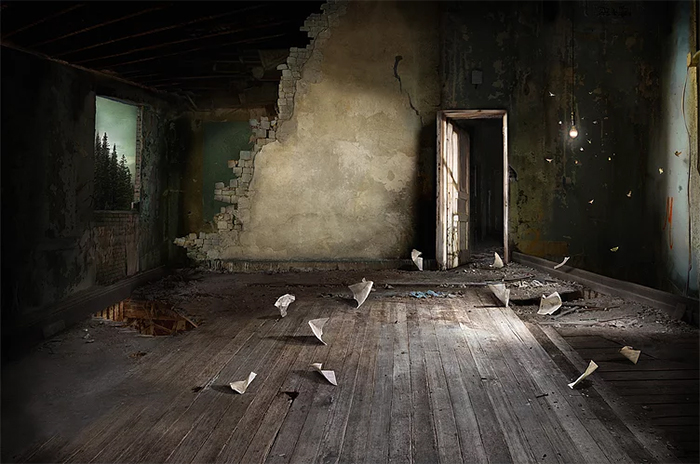 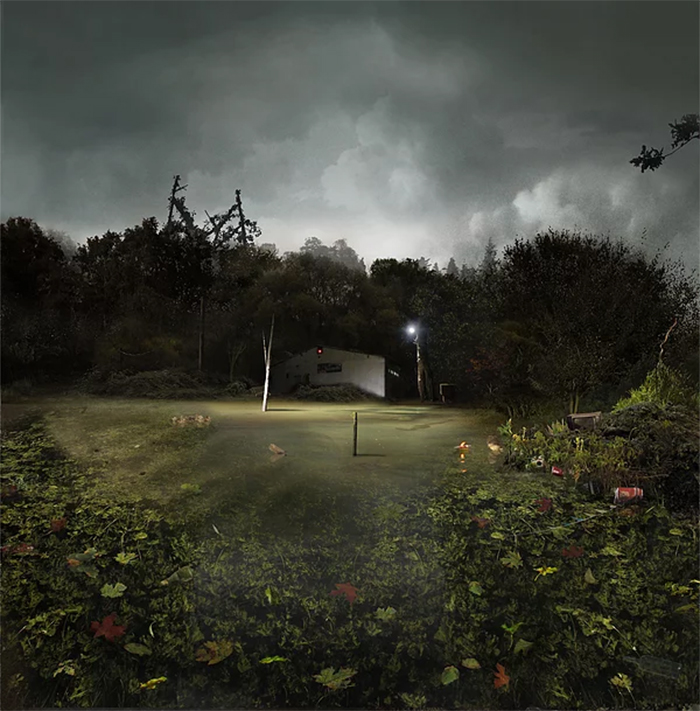 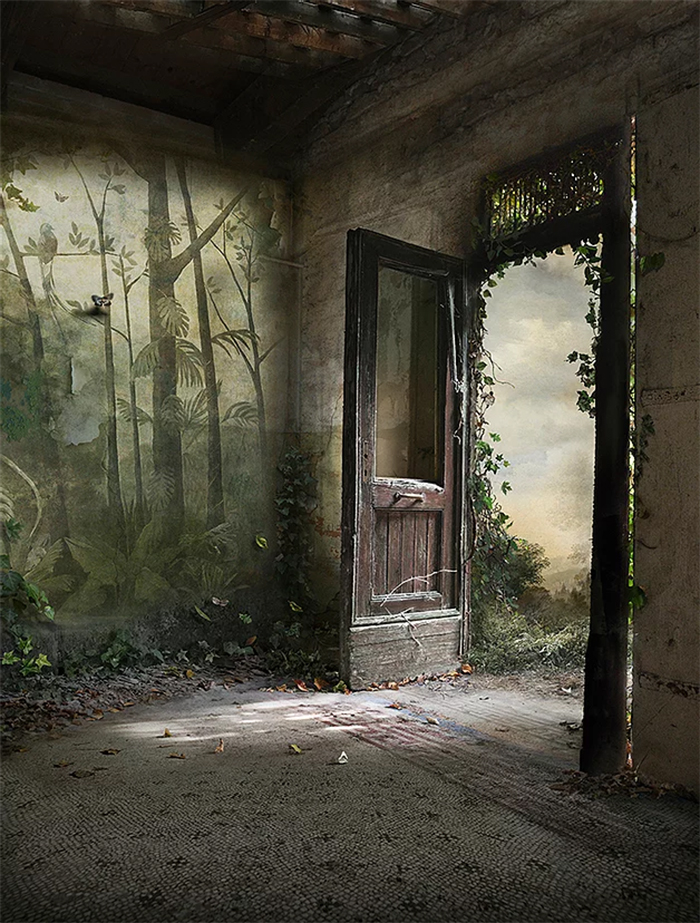 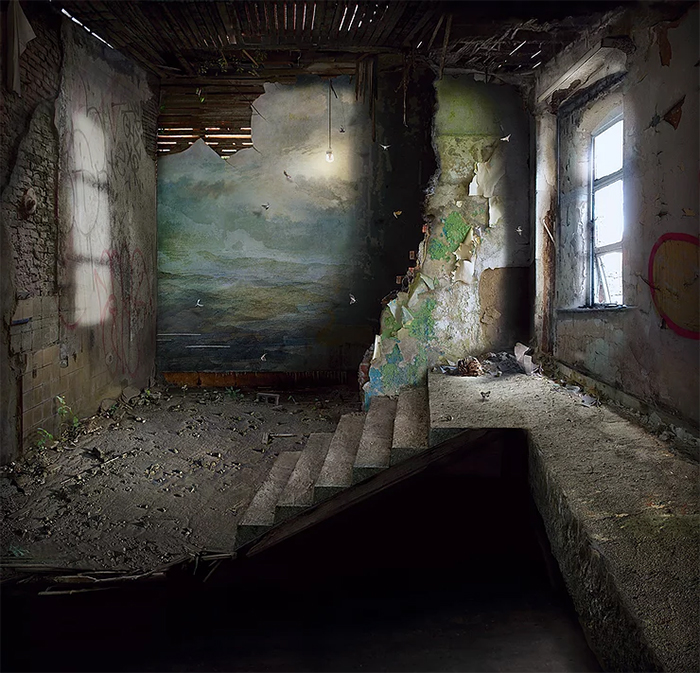 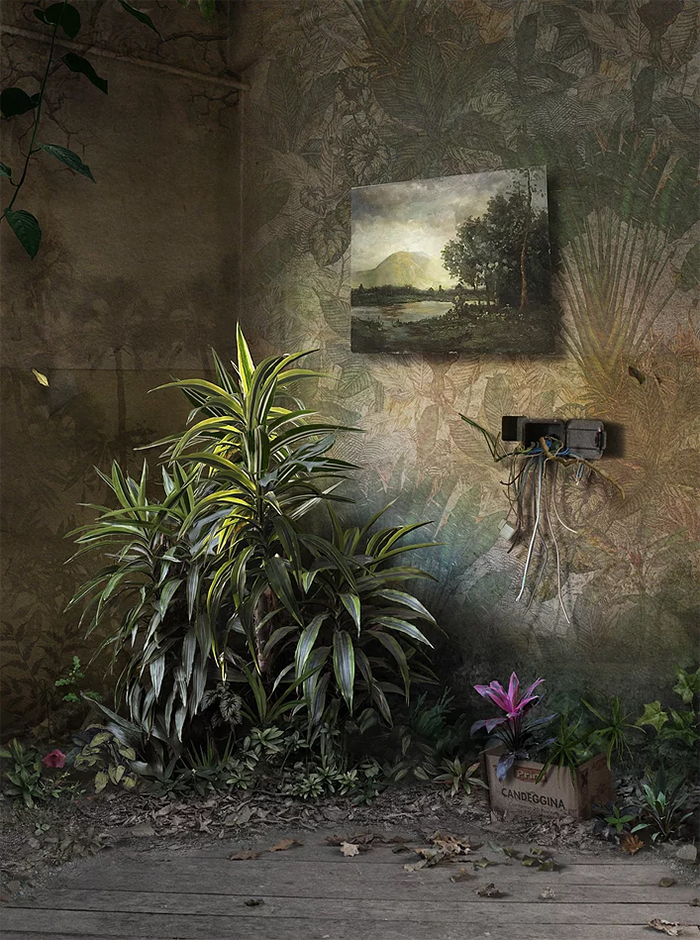 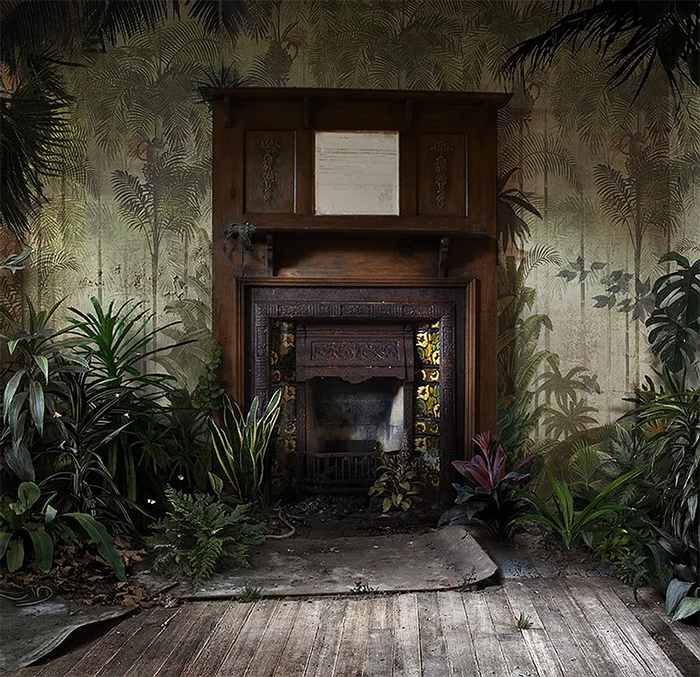 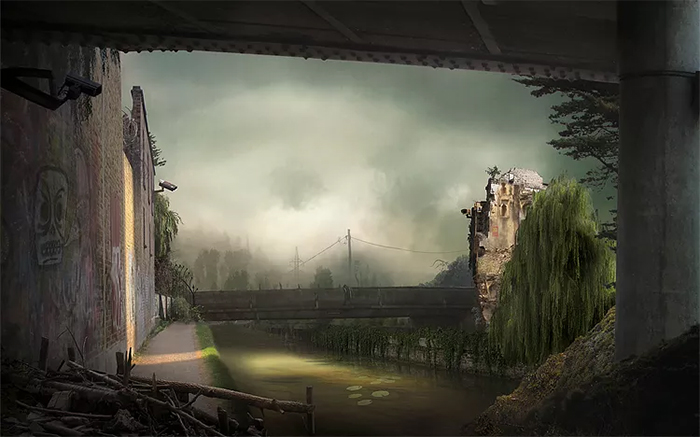