It has only been less than a month since The Mandalorian premiered on Disney+. However, it seems like people just can’t get enough of Baby Yoda’s cuteness. Fans have expressed their fondness towards this lovable character through their own little creative ways. Among these fans was Allison Hoffman who has created her own version of a crocheted Baby Yoda that’s undeniably adorable.

Hoffman is a self-taught crochet artist who learned the craft by just watching tutorials on YouTube. She started featuring her works on her Blogspot page, CraftyisCool, back in 2007. According to Hoffman, her crocheting journey started when she had trouble finding Yo Gabba Gabba toys for her little boys. So, she decided to create her own crocheted dolls. 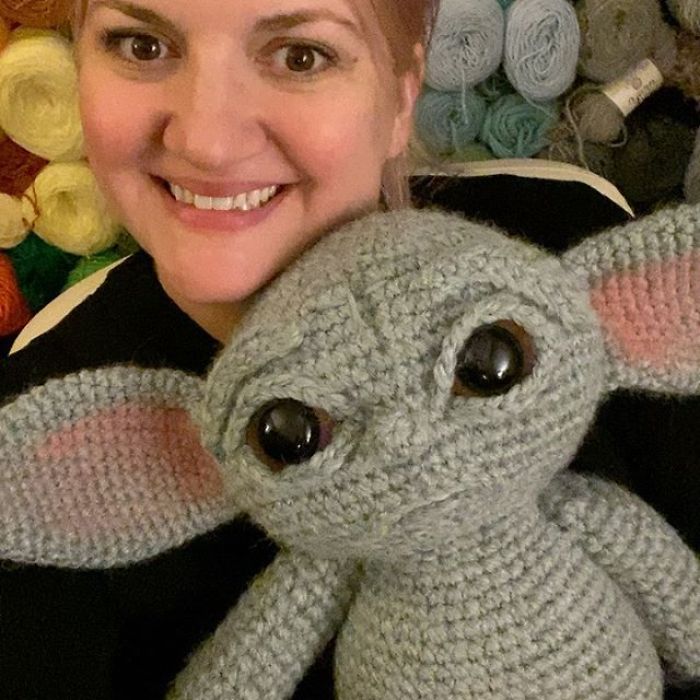 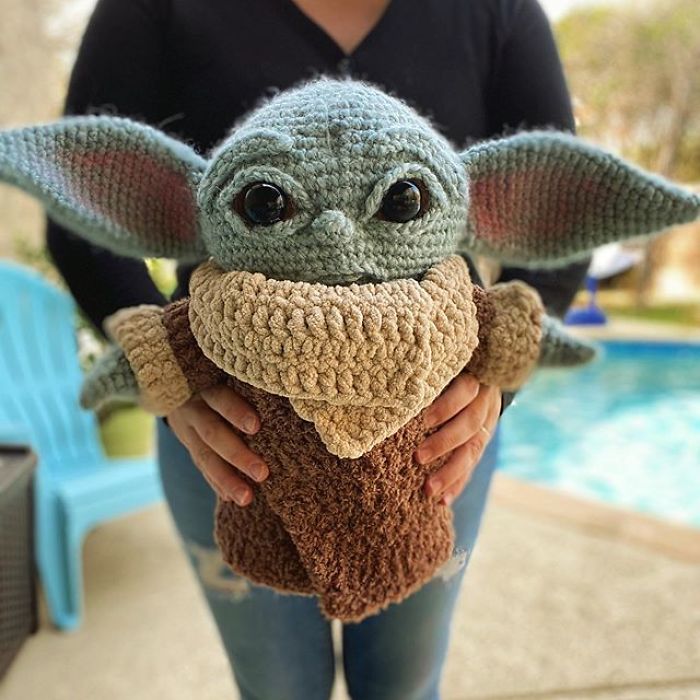 Little did she expect that her patterns would become so popular. She now has an Etsy store, Ravelry store and crocheting has ultimately become her full-time job. In addition, she has also published three books about making crochet people, foods and animals. 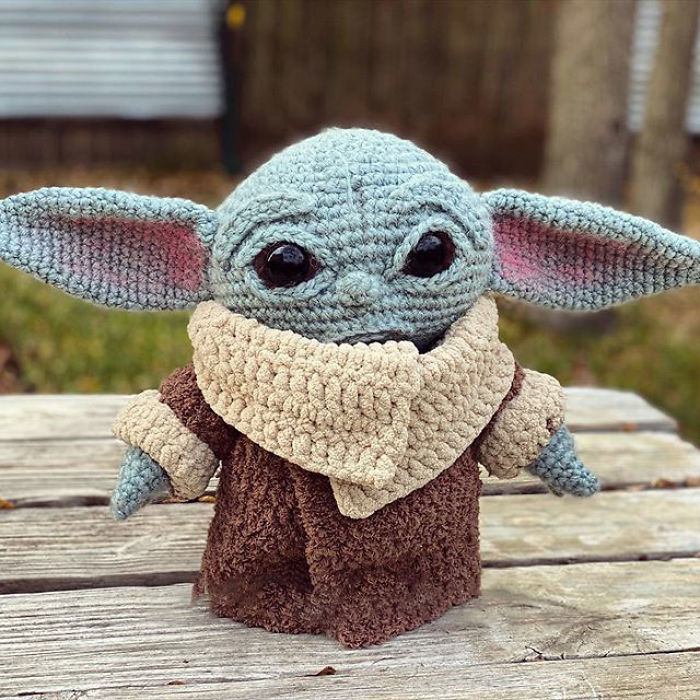 Most of Hoffman’s crocheted creations measure 12 inches tall. Each doll usually takes her around ten hours to complete. Her designs consist mostly of celebrities, animals and other pop culture icons. The most notable would probably be the Conan O’Brien doll which she created in collaboration with Mike Mitchell in 2010.

Her dolls are usually inspired by celebrities, animals and other pop culture icons 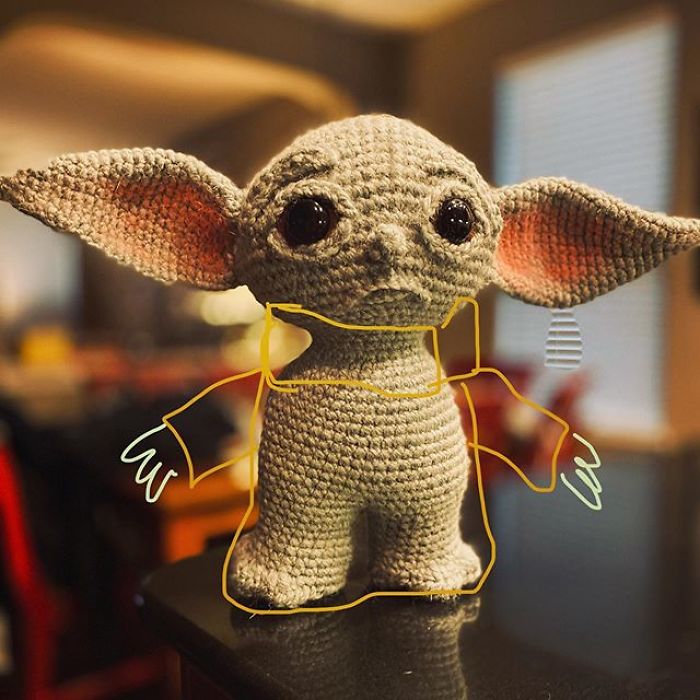 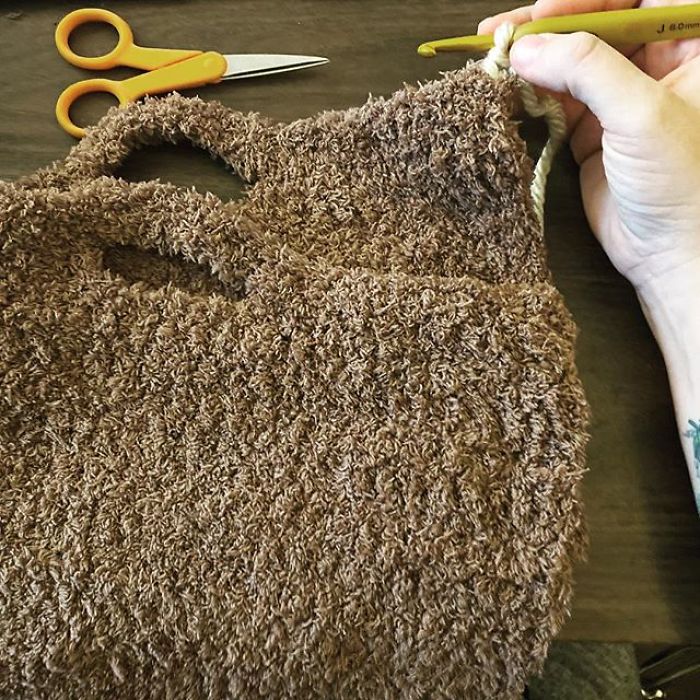 If you’re interested in making your own Baby Yoda amigurumi, you can purchase her pattern here. She also offers patterns for other Star Wars characters like BB-8 and Porg. 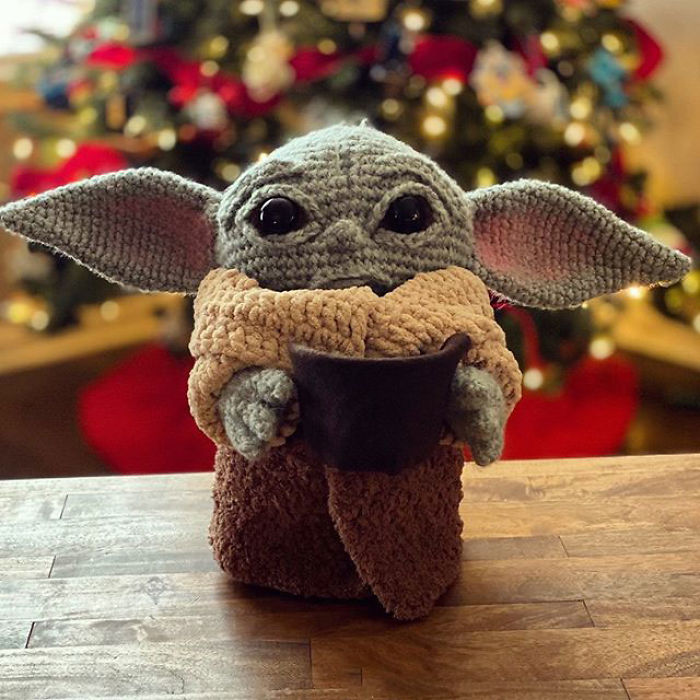 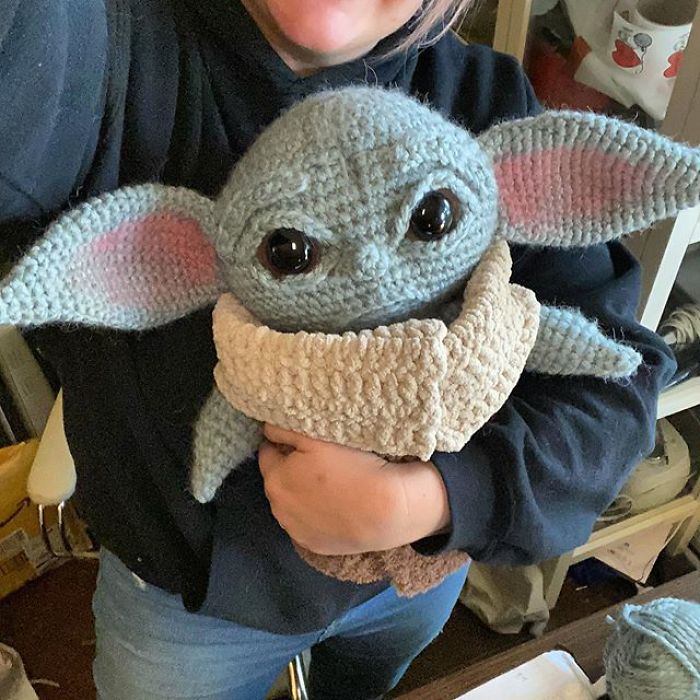 Meanwhile, if you’re still new to crocheting, Hoffman suggests starting out by following simple tutorials on YouTube. You can also check out her Blogspot page for free patterns that are perfect for beginners and aspiring crochet artists.

People are amazed by this wonderful creation