On November 6th, 2017, art dealer Philip Mould took on the challenge of restoring a 17th century oil painting. And he shared the meticulous process of art restoration on his Twitter page. Just like magic, he showed how he marvelously brought the old painting back to its original glory. And people were mesmerized by the way he wiped away the grimy varnish on the painting’s surface to reveal the artworks’ real beauty underneath.

Philip Mould has been dealing in fine art since his early teens and has built up a company specializing in British Art and Old Master Paintings. His company has a gallery located on London’s historic Pall Mall that exhibits centuries of British art from the Tudor period to modern British paintings. Aside from showcasing these classic masterpieces, Philip Mould & Company is also involved in the restoration and conservation of artwork. When Mould acquired a 1618 painting dubbed ‘The Lady in Red’ from a private collection in London, he was determined to restore the mysterious artwork. 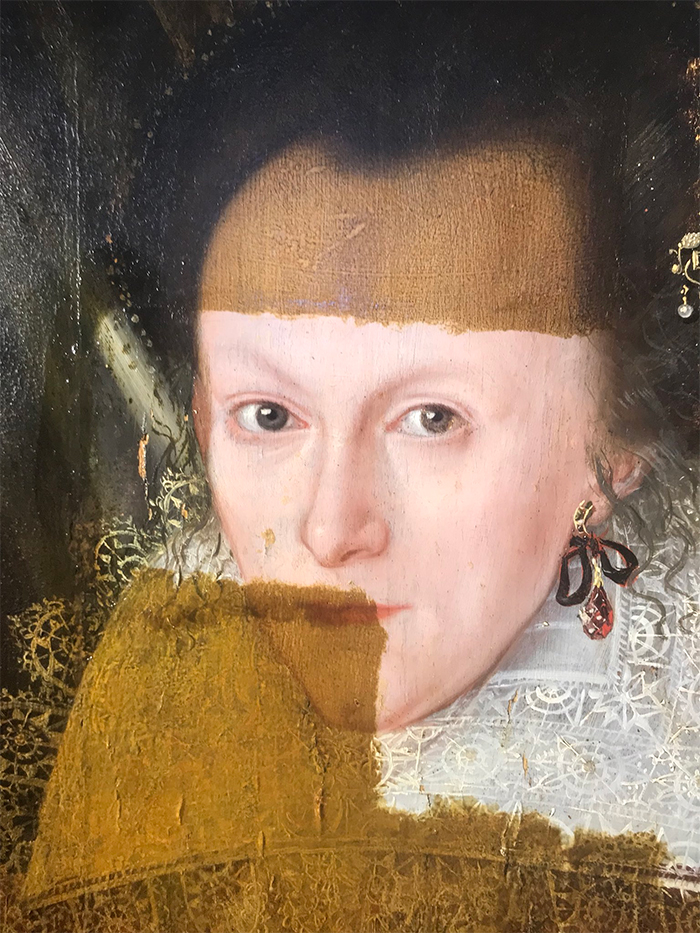 Little is known about the painting aside from the fact that it was painted in 1618 based on the inscription. Even the identity of the woman on the painting remains unknown today, except for the fact that she was 36 years old at the time of the portrait. While the Jacobean painting is remarkable, some of its original colors and details were obscured by the yellowish varnish on the surface. 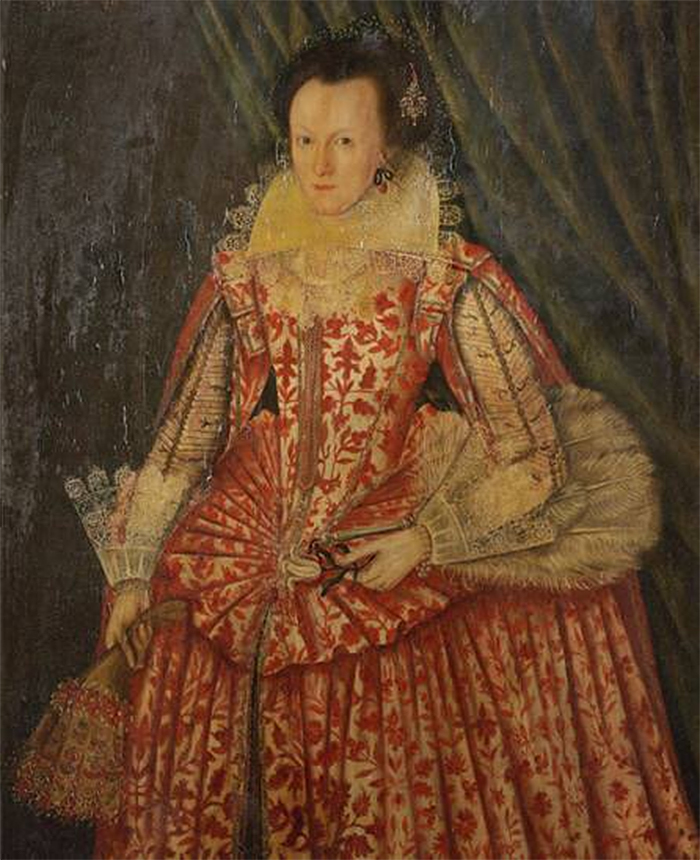 A last smear from the chin removed. I will post an image of the completed picture as soon as it is ready. pic.twitter.com/K7TSl2XdqE

Varnish is typically applied on paintings to provide a layer of protection against abrasion. But over the years, dirt and grime may build up on the surface. And this may cause the varnish to lose its sheen and change colour. The varnish on ‘The Lady in Red’ painting, in particular, dates back over 200 years. Now, this is where the meticulous restoration process comes in. This process isn’t as easy as it sounds. Philip Mould & Company has to employ a group of art historians and chemists to determine which chemicals are most suitable for this particular type of varnish.

“Small area of her astonishingly elaborate dress revealed. We dont know identity yet but certain iconographic clues are staring to emerge….” 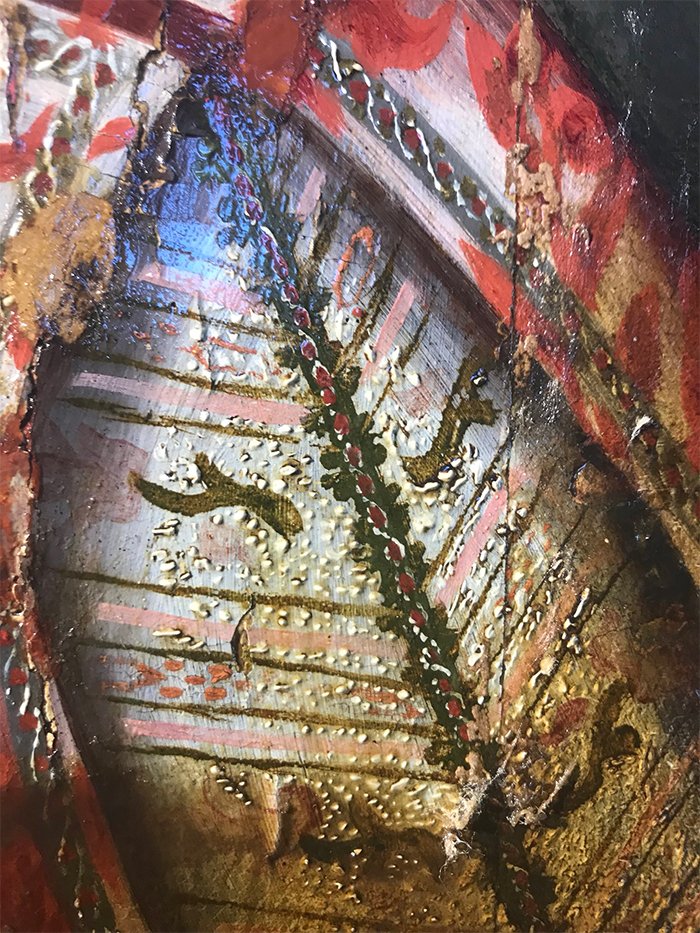 “Further cleaning has revealed what could be the heraldic device of a clenched gauntlet on apex of brooch in the hair of #theladyinred. Could this be a clue here as to her lost identity?” 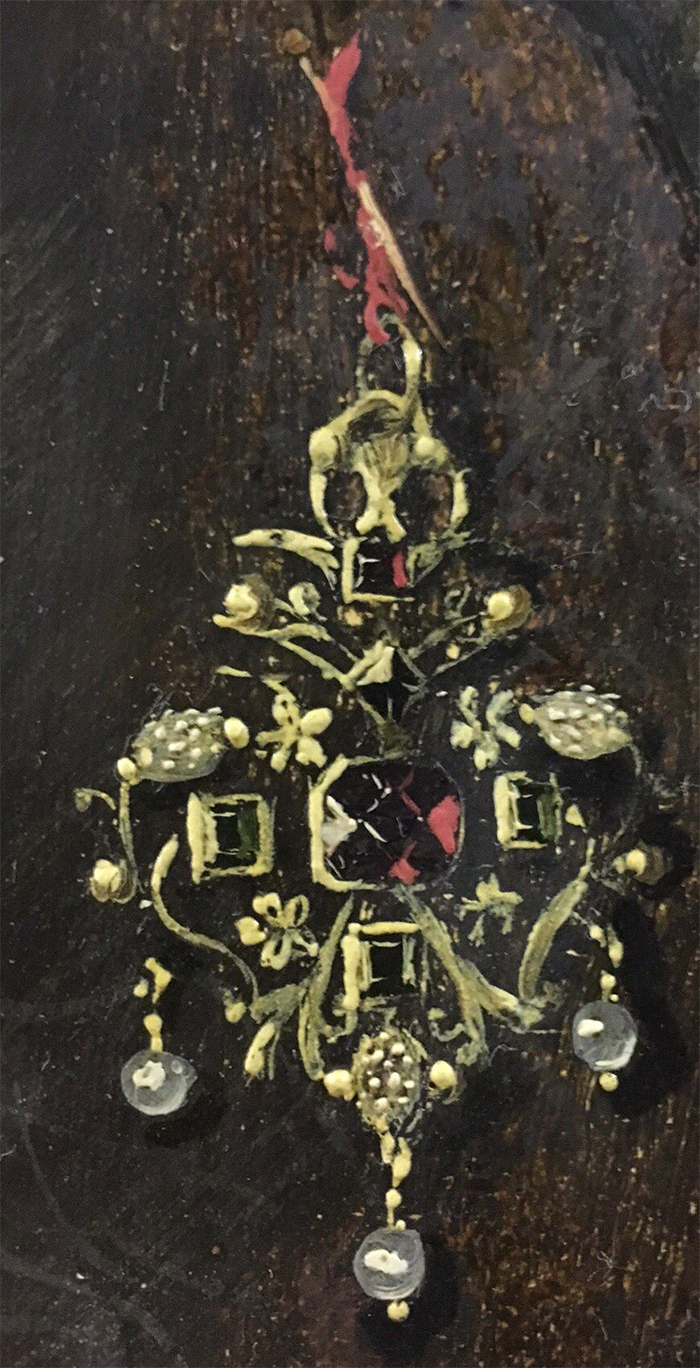 Of course, they don’t want to make the same mistake as the attempted restoration of Ecce Homo in a church in Borja Spain. In 2012, a woman attempted to restore the 1930 fresco painting of Jesus Christ. Unfortunately, the failed restoration resulted in a disfigured painting that made Jesus look like a monkey. This grave mistake taught everyone a lesson that restoration projects should be left to the professionals. Philip Mould & Company has yet to disclose the type of chemicals and solvents they use to restore old paintings. But as we can see on the videos, it works perfectly on removing the yellowed varnish while conserving the brilliant colours beneath.

The Lady in Red Begins To Resurface During the Restoration 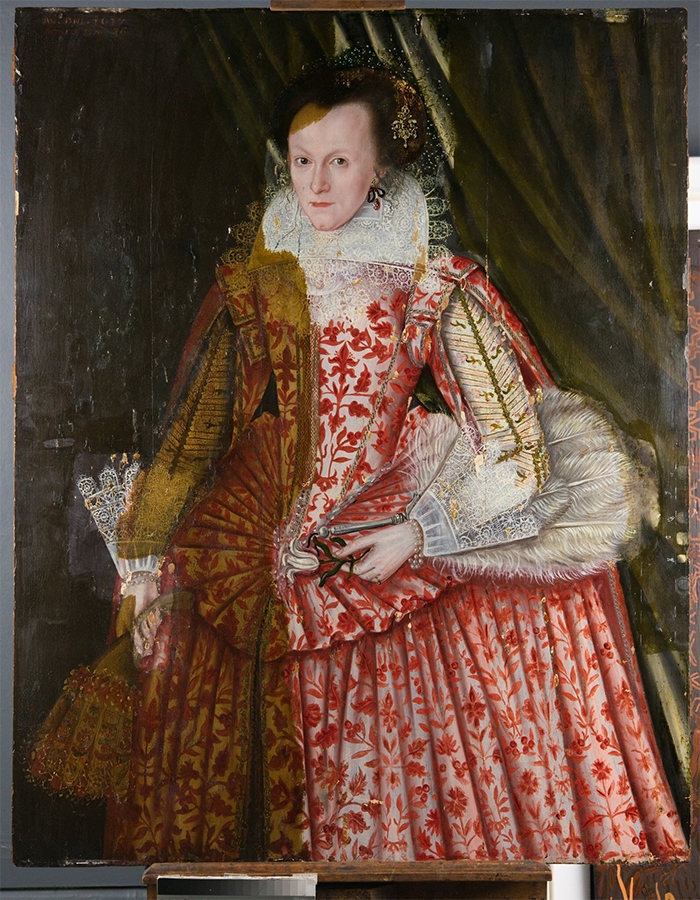 “We are still working on her identity. A formidable figure of social authority whoever she may be, the stylistic traits would almost certainly suggest she hails from the English regions (rather than London).” 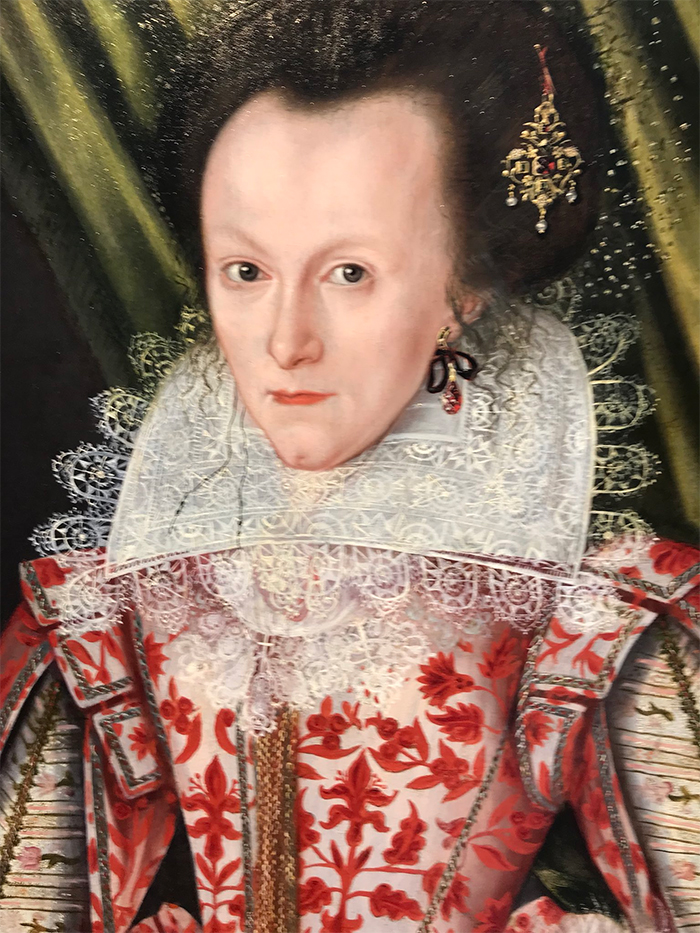