Infinity pools are designed to allow water to flow over the edges. As a result, the edge appears to merge with the ocean or with the sky. Thus, creating a visual effect of a pool with no boundary which explains the name ‘infinity’. There are so many infinity pools throughout the world right now. But London will be the first to introduce the first-of-its-kind 360-degree infinity pool if ever. This will give swimmers a full view of the city from 200 meters above the ground.

UK-based swimming pool manufacturer Compass Pools unveils a project that will give rise to a towering 55-story skyscraper in London. But the main attraction would be the 360-degree infinity pool that will take up the building’s entire rooftop. Right after the company posted photos of how the Infinity London would look like, the project instantly drew mixed reactions from the public. The pool on top of a towering building could certainly give anyone an unobstructed view of the beautiful city. But swimming 200 meters above the ground may be too much for people with extreme fear of heights. 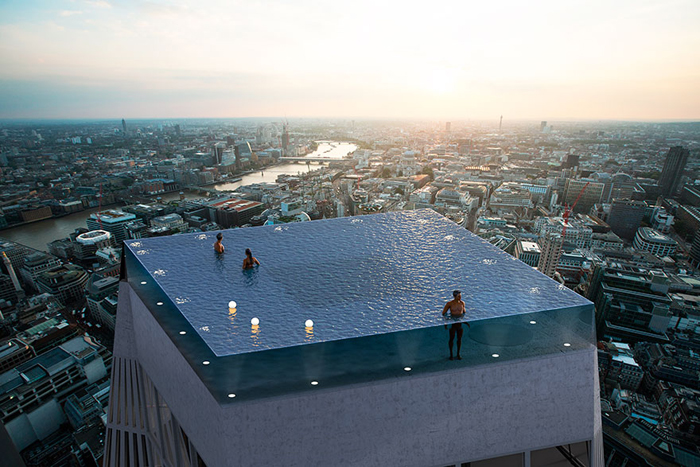 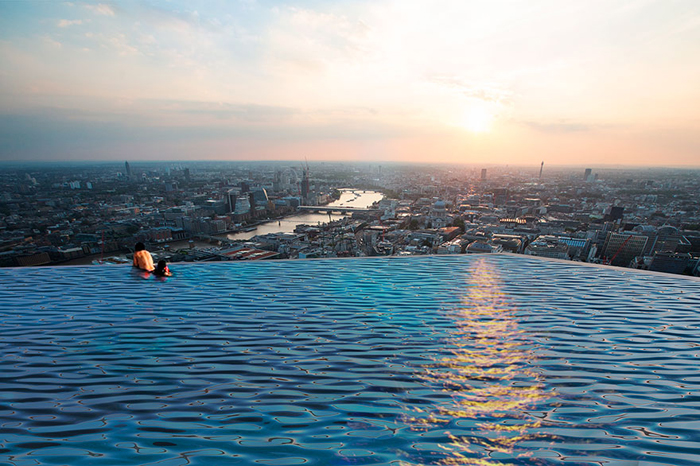 Furthermore, the design of the 360-degree infinity pool stirred a lot of questions. High winds would surely challenge the water surface and the structure of the pool. Without any buttress or any type of underprop, how can it sustain the weight of the water? More importantly, how can anyone reach the pool at the top of the building? 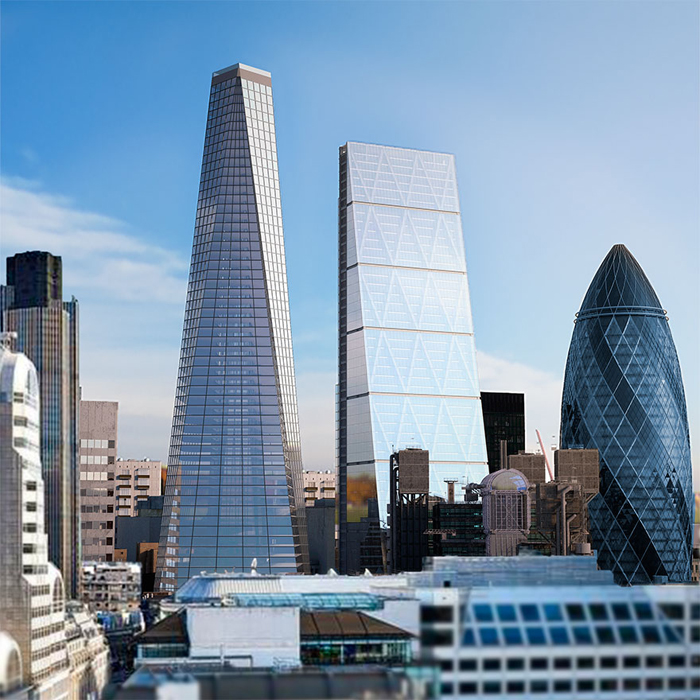 Compass Pools has an answer to each question. According to the designers, the pool has a built-in anemometer to monitor wind speed. This technical feature is linked to a computer-controlled building management system that regulates the water so it’s doesn’t get blown away from the pool. Additionally, the management system will utilize renewable energy to keep the water at the right temperature.

Instead of using glass, the 360-degree infinity pool will be made from cast acrylic. This material is many times stronger than glass. Moreover, it has the same wavelength as water so the pool will appear perfectly clear. Aside from the sides, the floor will also be made transparent making the swimmers visible above when viewed inside the building. As for the entrance, people can access the pool through a rotating spiral staircase that rises from the pool floor. Modeled after a submarine’s door, anyone can get in or out of the pool by accessing this type of entrance. 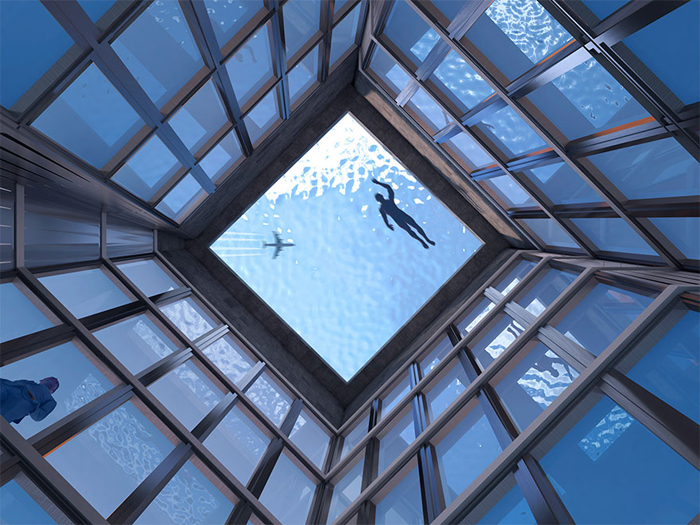 The Infinity London is set to begin construction in 2020. Although the design has been concluded, the location is still unconfirmed. If this project transpires, London can add another landmark to grace its breathtaking skyline. Apart from the Infinity Pool, another impressive project is also underway and it is called “The Tulip”. Designed by J. Safra Group and Foster + Partners, the tulip-shaped observation tower will flaunt a 305-meter height. It is said to be completed in London in 2025. And when it happens, it will rival The Shard as the tallest building in London.

The Tulip, a 305-meter high observation tower is another innovative project that is set to be installed in London in 2025 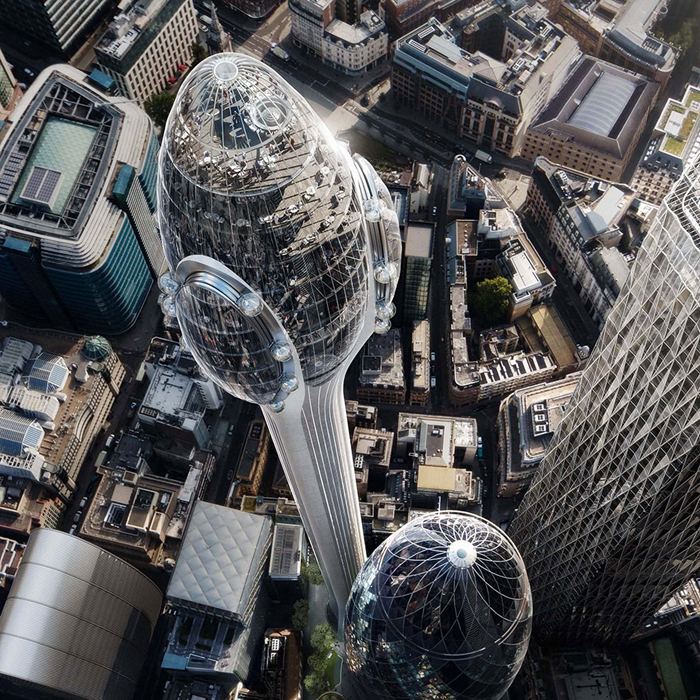 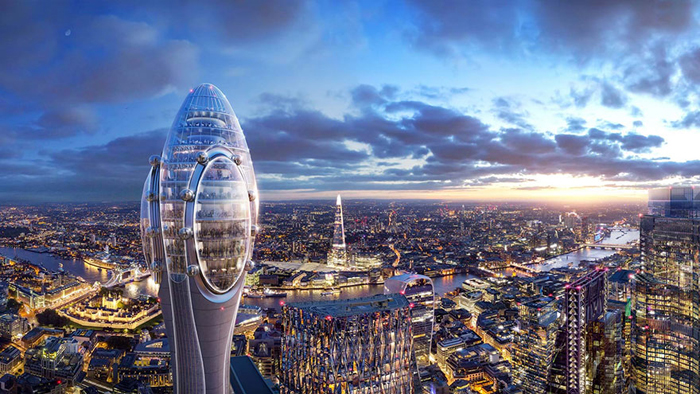 Take a look at what people had to say about the 360-degree infinity pool: