We’re just a few weeks away from Thanksgiving. That also means that you’ve only got a few more days left to prepare for that special feast. After planning a wonderful table setting idea and perfecting your recipes, you might think that you’ve got everything sorted out. Well, let us remind you that a simple carving knife can make or break your Thanksgiving night. To be on the safe side, make sure you have this chainsaw turkey carving knife on hand.

We bet you’ve probably seen several relationships that went down the drain simply because of sloppy turkey carving. Similarly, there’s always at least one family member with a reputation for turning the turkey carving in to an epic fail. Of course, you want to do everything in your power to make sure the same thing doesn’t happen to you. Or if you are that family member, then we think it’s about time to redeem yourself this year. 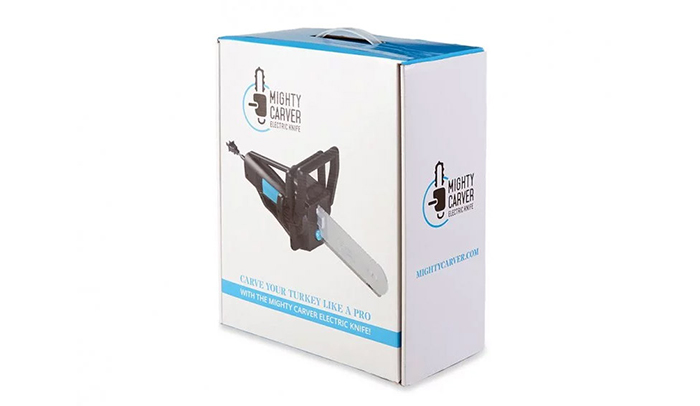 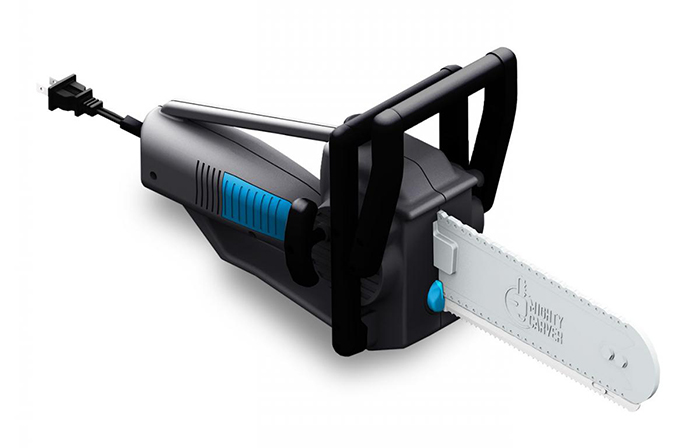 Named the Mighty Carver, this carving knife comes in a chainsaw-inspired shape. However, it doesn’t actually include a chain wrapped around its blade. Likewise, it doesn’t spin like a real chainsaw would. Instead, it comes with a small electric knife on the bottom of the blade. When turned on, this knife moves back and forth at a rapid speed. Hence, creating the illusion that it’s working like a real chainsaw. 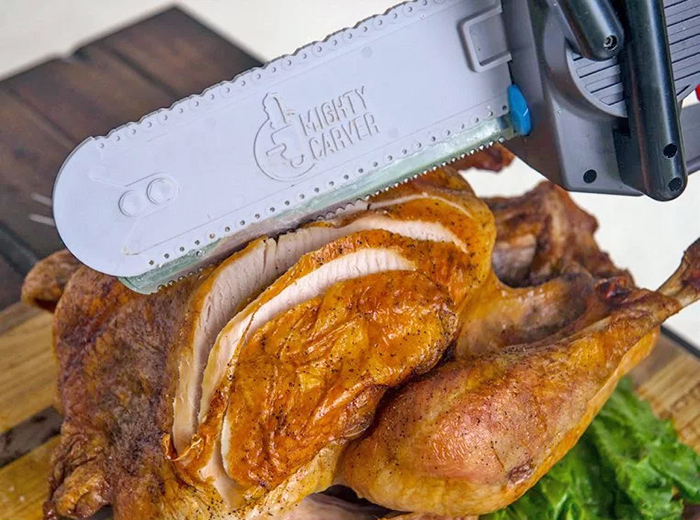 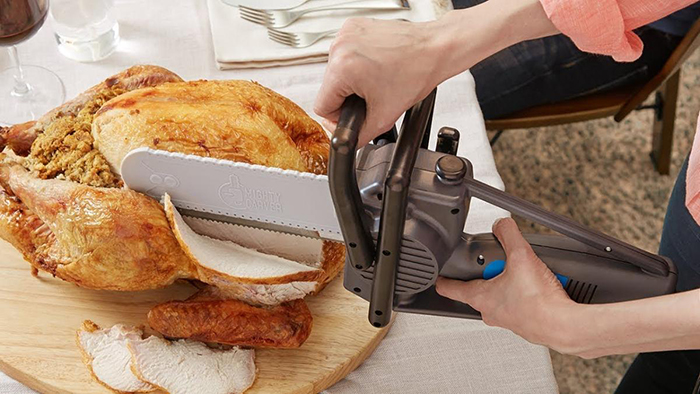 It features an ABS plastic body complete with a stability handle and stainless-steel cutting blades. As such, it’s a powerful kitchen tool that offers precision carving and easy handling. In fact, it’s even easier and more convenient to use than a standard electric turkey carving knife. To use this chainsaw carver, simply plug it in and pull the red trigger to activate the cutting blades. 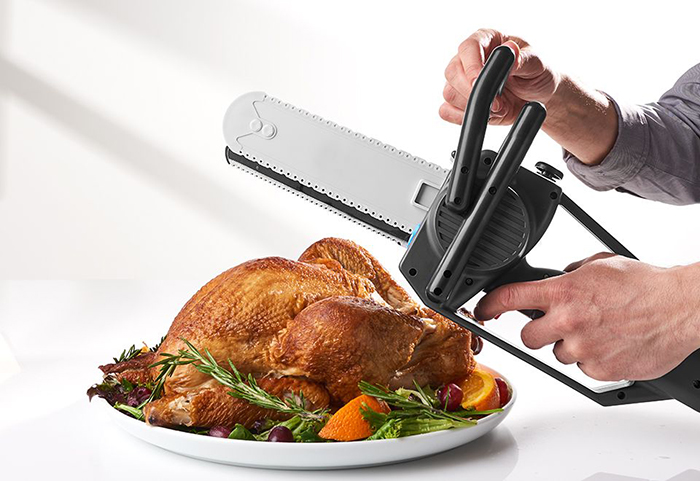 The Mighty Carver is not just for carving roast turkey or chicken. You can also use it to slice bread loaves and hard-to-cut fruits like pineapples, watermelons, and melons. That said, it’s a handy dandy knife that you can use all year round. Besides, it really does the job with style. 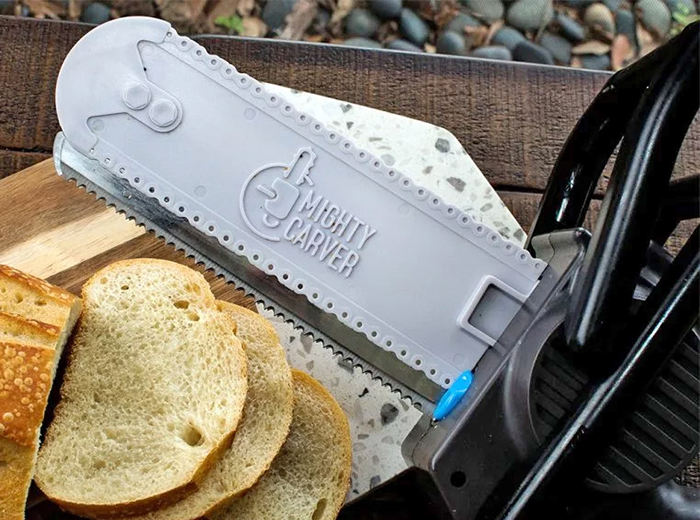 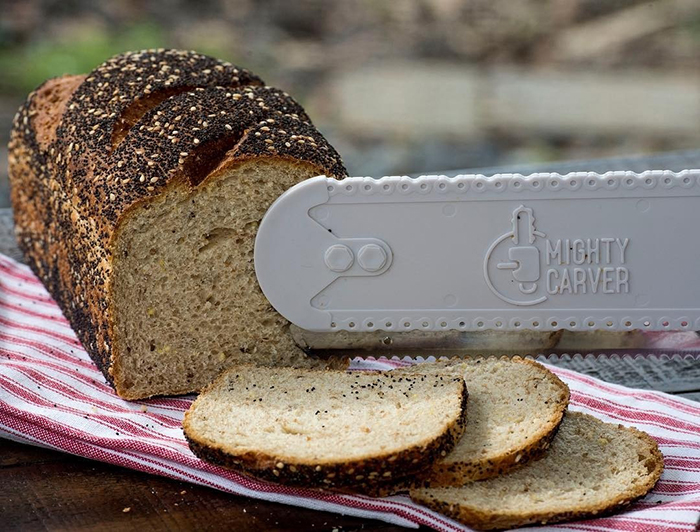 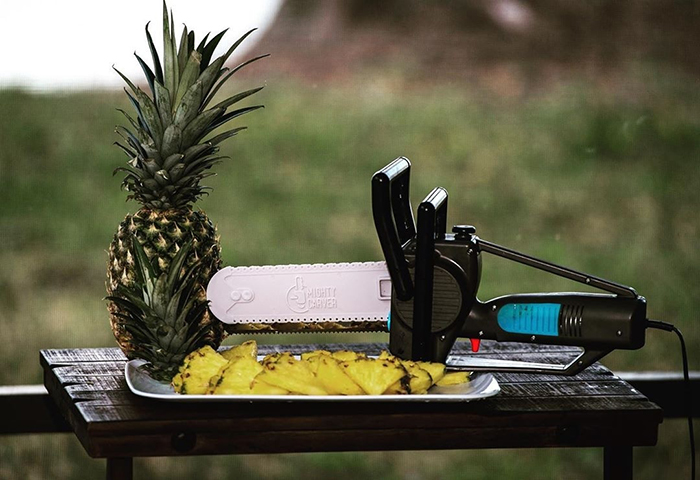 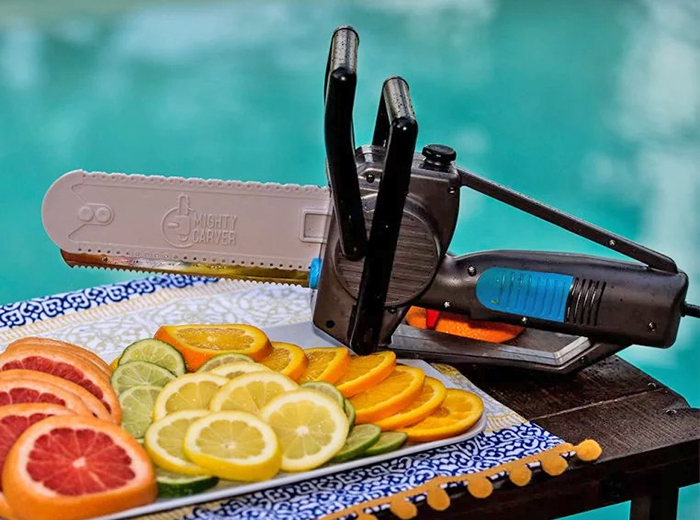 So, what are you waiting for?

Get yours here: Mighty Carver | The Grommet | Amazon