The death of King Joffrey Baratheon is probably the most satisfying scene in the Game of Thrones series. Now we can relive that pleasing scene over and over again with this Bleeding Joffrey Candle. It features a ceramic bust of the bratty king which apparently serves as the candle holder. Each time you wish to see the tormenting death of King Joffrey, simply place a red candle on its head and light it up. As the candle melts, red liquid wax flows into the figure and leaks out from its eyes and nose. Now, isn’t that cute?

The Bleeding Joffrey Candle set includes a glossy ceramic bust and two red candles. It also comes with a nose-picking tool to help you unclog the orifices in case of blockage. So you can enjoy watching the fascinating demise of the most annoying bully in GOT without any disruption. Who could forget those bloodshot eyes, purple face, and blood gushing out from Joffrey’s mouth when he finally met his dreadful end? Admit it, you weren’t able to wipe those grin off your face the entire night after watching that episode, right? And so are we! 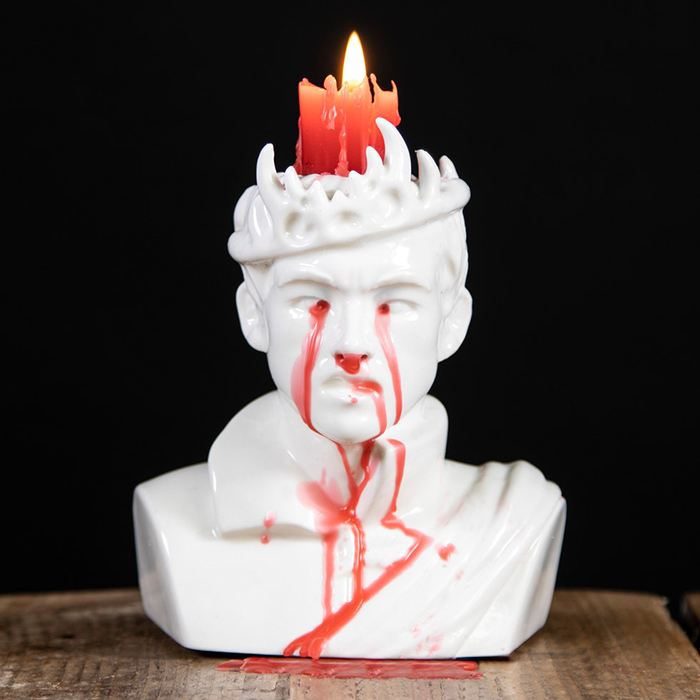 Thanks to Firebox, we can celebrate that disturbing yet fulfilling moment anytime we feel like it. Although the popular TV fantasy series has been concluded, there’s something about that scene that brings unexplainable joy. Well, don’t expect to hear the ceramic figure cough and sputter as it bleeds. But this is definitely the closest thing we can ever relive that joyous moment. 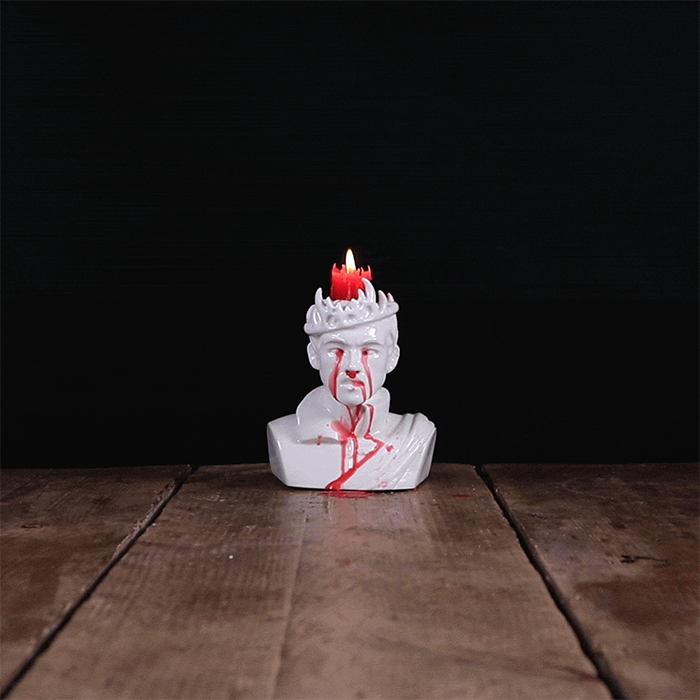 Check out the candle here.