Want to make your interior looking out of the ordinary? This Black Crow Table Lamp is sure to bring instant eye-catching drama into your interiors. Many people associate crows with death and are viewed as a bad omen. Part of which is due to their eerie appearance, being black and large, which often figure prominently as evil portents of misfortune. And because these birds are notorious scavengers, they are generally associated with the dead. Moreover, they are believed to gather around places where animals or people are expected to die soon. Not to mention the spine-chilling croaking calls they make which is thought to indicate an imminent tragedy or death.

For those who are fascinated by all things dark and eerie, nothing could be more fitting for your interior than this black crow table lamp. And if you’re looking for a worthy lighting fixture to illuminate your Gothic-themed room then this would add that much-needed touch of creepiness. This handmade sculpture is made from resin and iron featuring a realistic replica of the bird with amazing attention to detail. 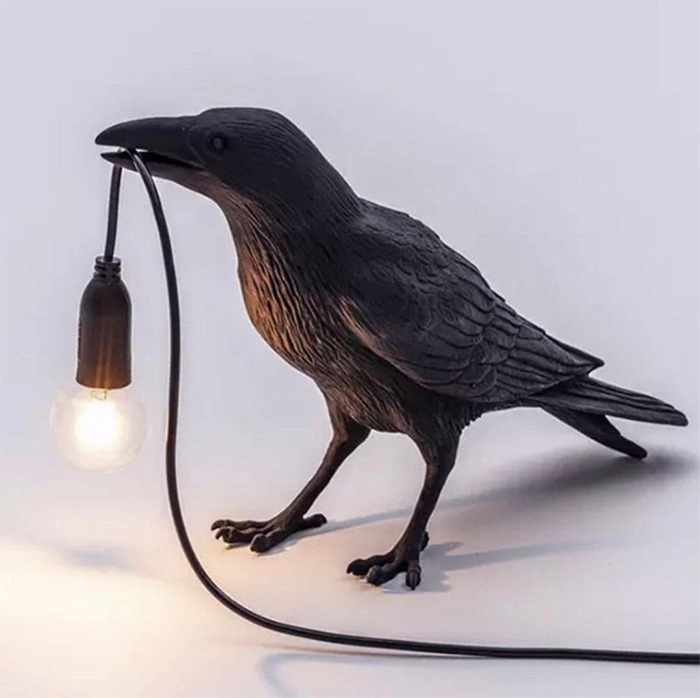 Aside from being viewed as a harbinger of death, there is also another myth about them being attracted to shiny objects. Although there is no evidence that crows are drawn to shiny things, some people who own pet crows would attest that their birds would take and collect shiny objects such as coins and keys. Whether this is true or not, this black crow table lamp uses this misconception to good use. It features the bird sculpture holding a bulb cable in its beak as if the bird is ready to steal the light and fly away. 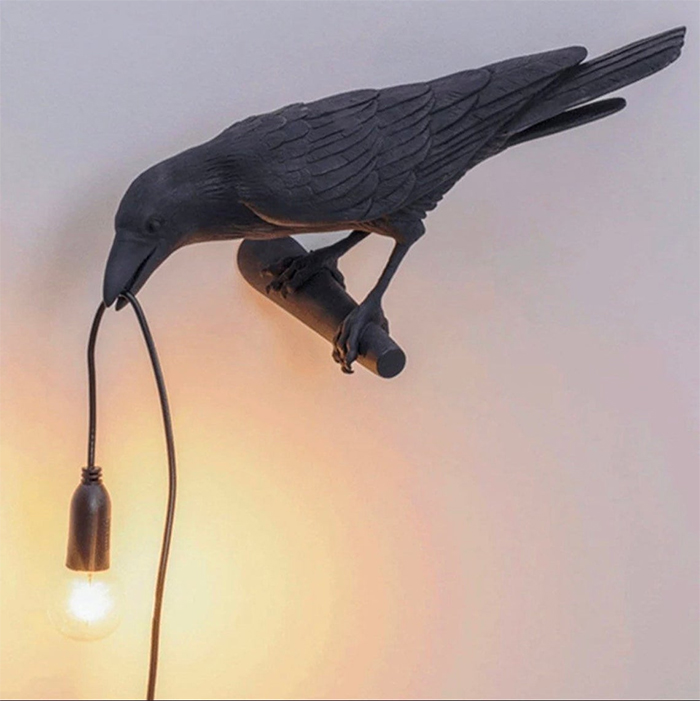 The black crow table lamp comes in two different styles: the freestanding style and the wall-mounted version. The freestanding sculpture features the bird standing on its feet, designed to be placed on table, desk, or any flat surface. If you prefer your lighting fixture to be permanently mounted to a wall then the bird on a branch is your best option. Simply mount one side of the branch into the wall and let the bird hold the light for you. Both versions include E12 bulb with socket, cable and UK plug. 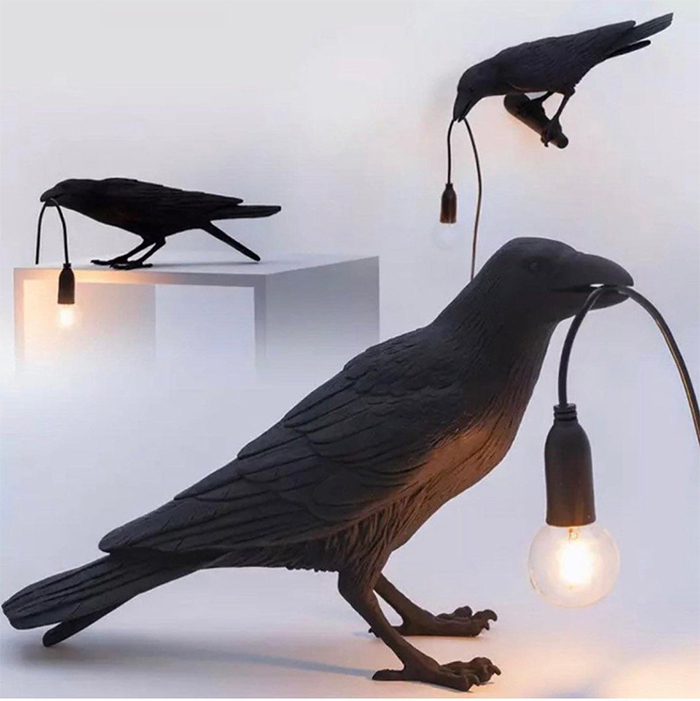