There’s no denying that we are obsessed with cats. We find great joy in watching their adorable antics and our hearts melt when they choose to snuggle up with us. Specific cats become world famous for a lot of reasons. Sometimes it’s because of the way their face looks. Other times it’s because they’ve just become the world’s first feline lawyer. And now, the world has yet again fallen in love with another fuzzy baby. Meet Bell the cat, whose ultra-puffy tail rivals the fluffiness of a squirrel’s. 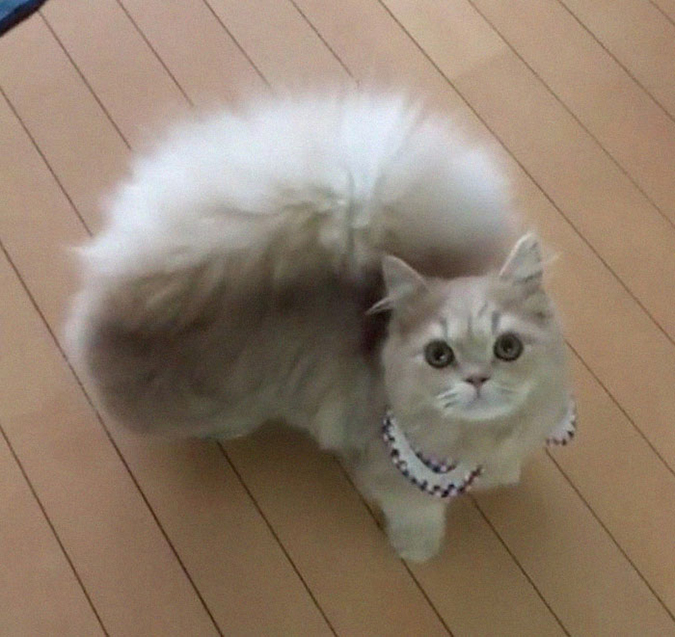 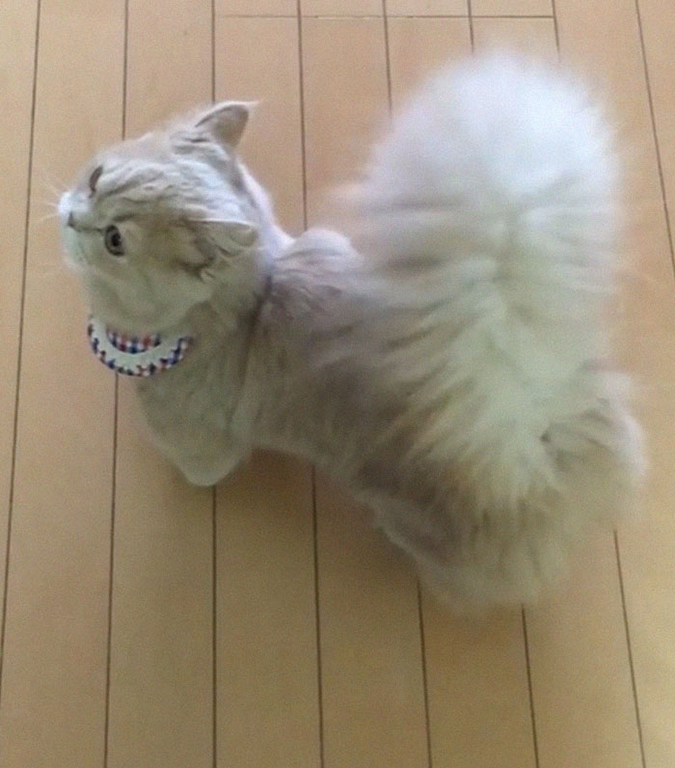 Bell (and her magical tail) found fame when her owner made the Instagram account @ricorico_rico a few years back. Since then, her owner has posted 3,133 (as of writing) adorable photos of Bell and her friends followed by 155,000 cat lovers.

Thanks to Bell’s worldwide fame, this Japanese kitty has become quite a sought-after feline celebrity in the country. She’s appeared on several television programs and commercials since rising to fame. Another perk that she enjoys with her furry friends are the free pet care products companies send them!

Bell the cat gained fame with her meow-gical tail. 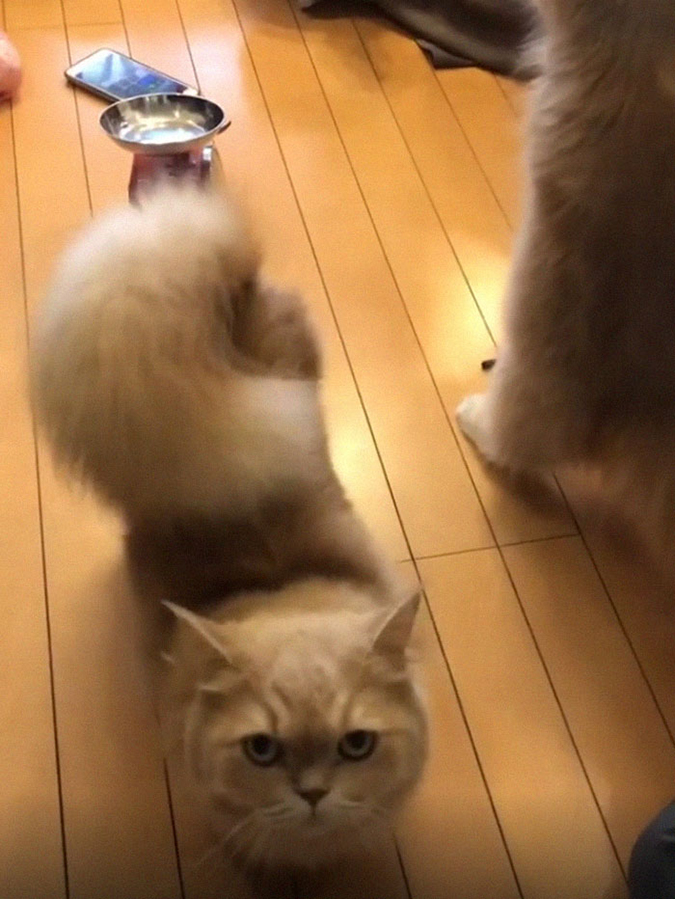 One of Bell’s most famous video clips showed her letting her owner know that she wanted some food. She would’ve seemed quite demanding, if not for her majestic puffy tail! If we were stuck in a room with Bell and she asked for a piece of whatever we were nibbling on, we wouldn’t be able to resist. We’d probably even give up the whole thing to this adorable little nugget. 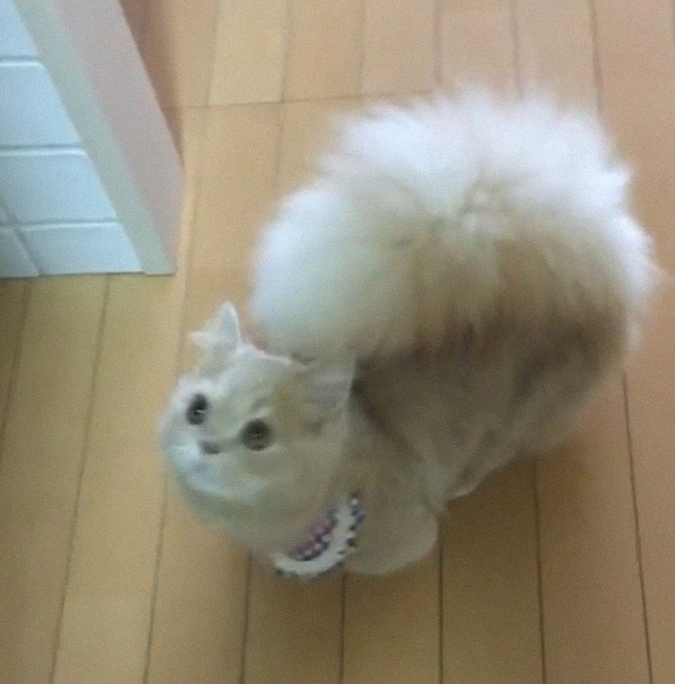 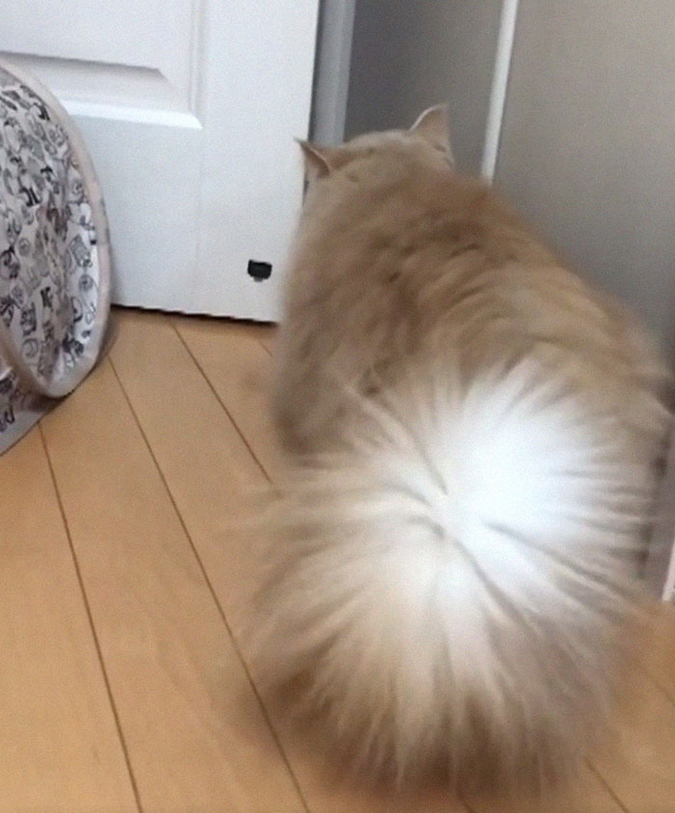 If you’re wondering how it’s possible for Bell to be this majestic, then you’re not alone. You won’t have to keep guessing though. According to her owner, Bell is a Minuet (a.k.a. the Napoleon Cat). A Minuet cat is a mix of the Persian and Munchkin cat breeds. So that means they’ve got the Munchkin’s tiny feet and the Persian’s elegance.

The Minuet breed is fairly new. But you need not worry, because Minuet or Napoleon cats are incredibly healthy. Napoleon cats were bred to avoid the various health defects that Persian cats suffer from. You won’t have to worry about excessive tear formations, tear duct blockage, matting fur, and flattened faces with this breed. Most surprisingly, despite her adorable, stubby legs, Bell is perfectly capable of leaping, running, and playing like any other cat. 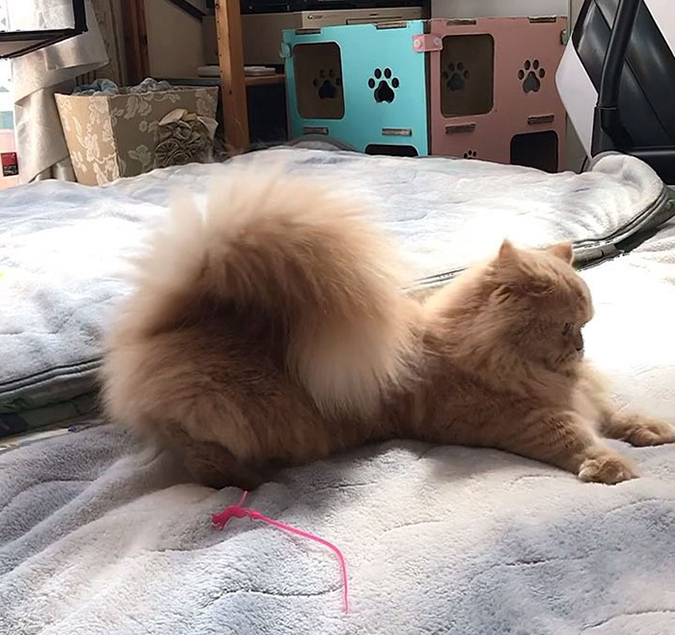 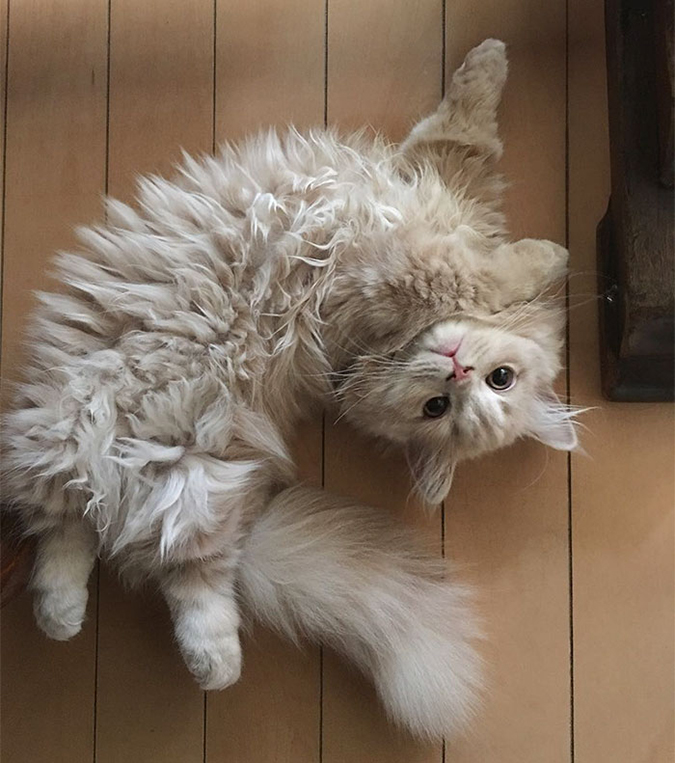 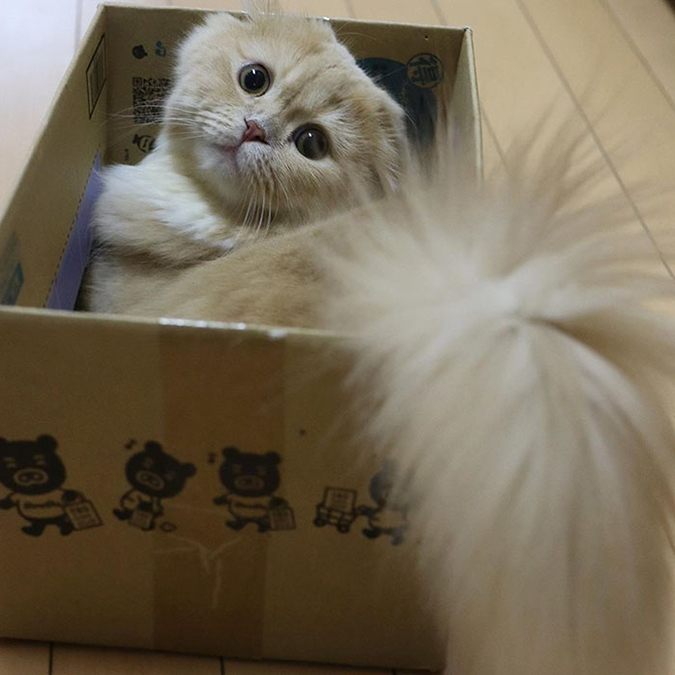 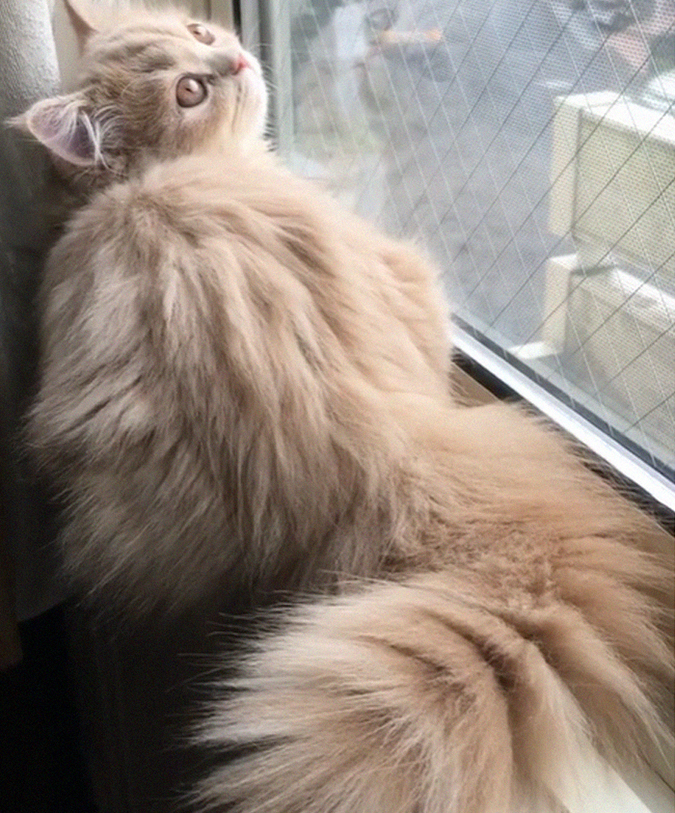 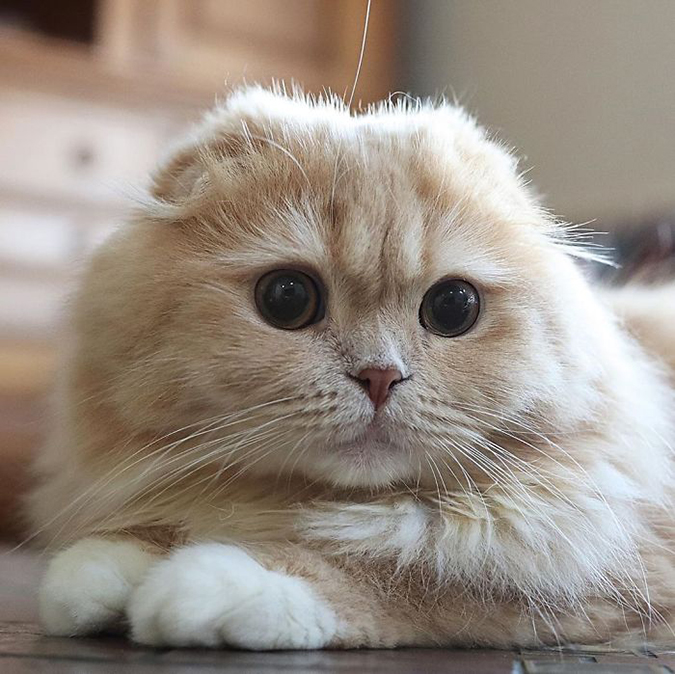 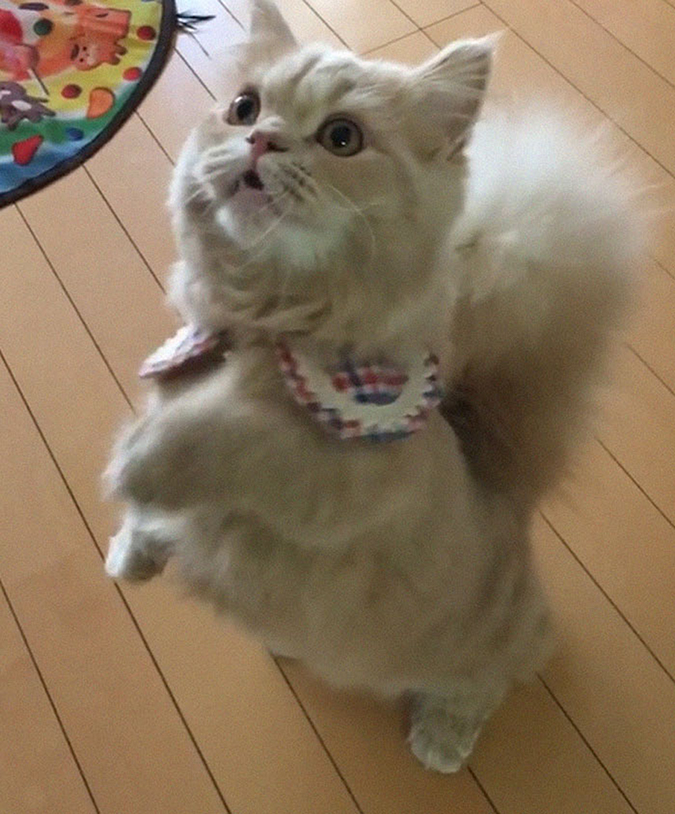 Three-year-old Bell isn’t the only fur baby in their house now. Her owner has given her two new friends: Suzu, a one-year-old Scottish Fold, and Lindor, a five-month-old Teacup Poodle. The three make the cutest ensemble!

People have been raving about Bell the cat’s bushy, puffy tail since her owner started sharing photos.

Bell has her own VEVO Youtube Channel. Watch her and her feline friends meow their way through Jingle Bells: