Meet Dr. Leon the lawyer cat. He’s the newest employee of a law firm in Brazil. This happened after some people filed a complaint about a Siamese cat hanging around the Order of Attorneys of Brazil. Instead of chasing away the cat, the OAB welcomed him as a lawyer to silence the critics once and for all. They even gave him the most adorable name tag.  The lawyer cat’s main responsibility is to welcome people coming into the OAB. 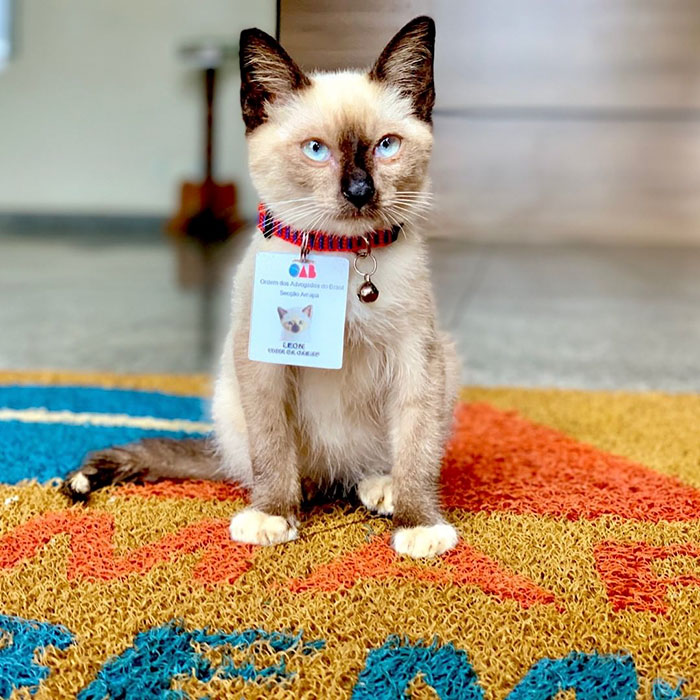 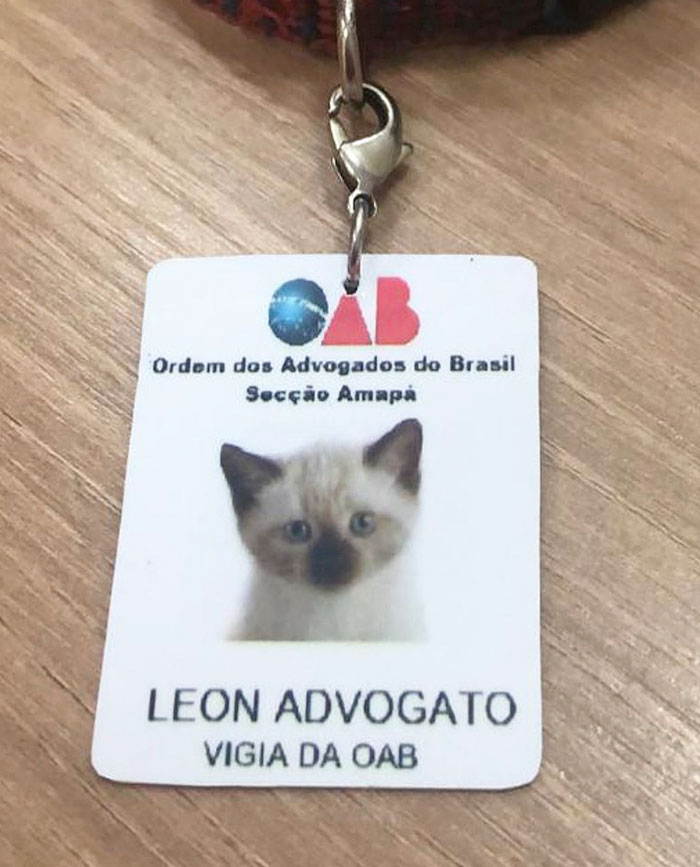 The announcement about the Lawyer Cat immediately went viral. 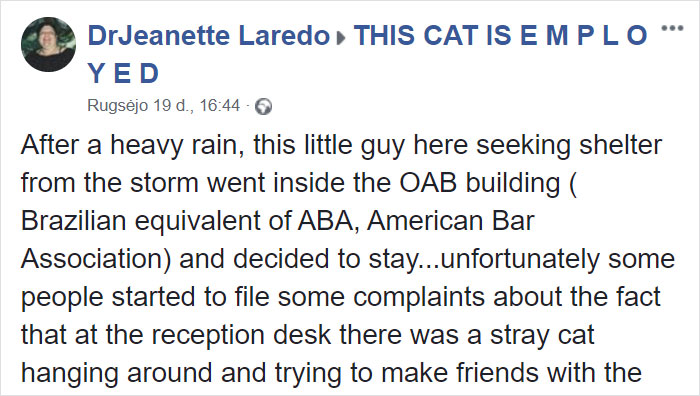 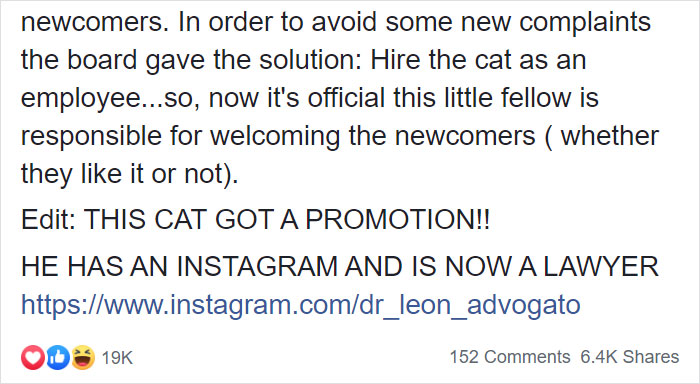 Luck rained down on Dr. Leon when he chose to seek shelter at the law firm. 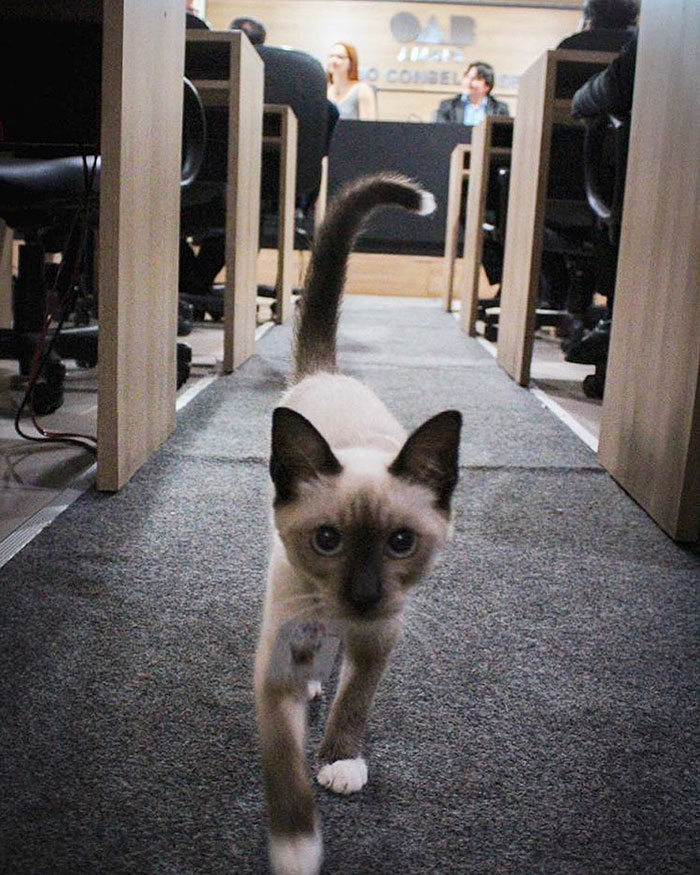 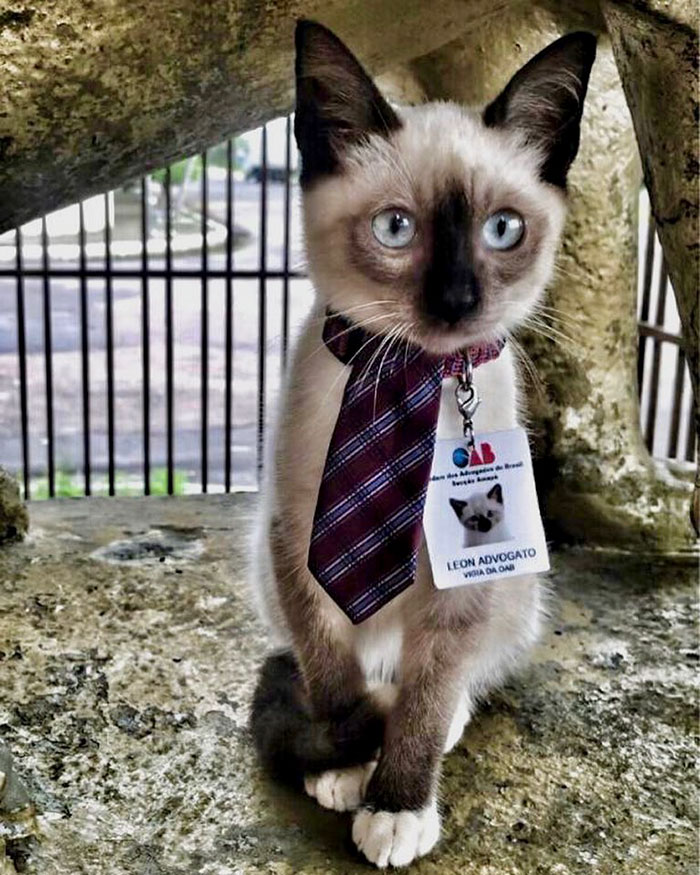 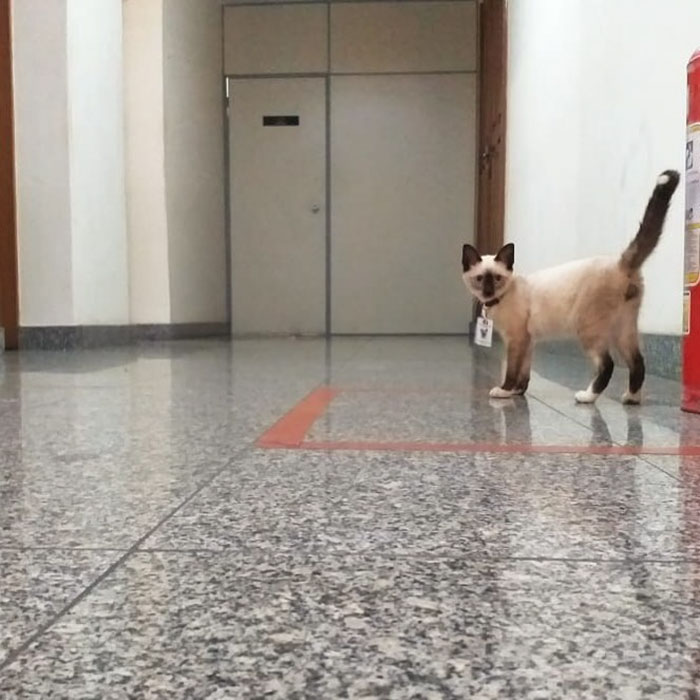 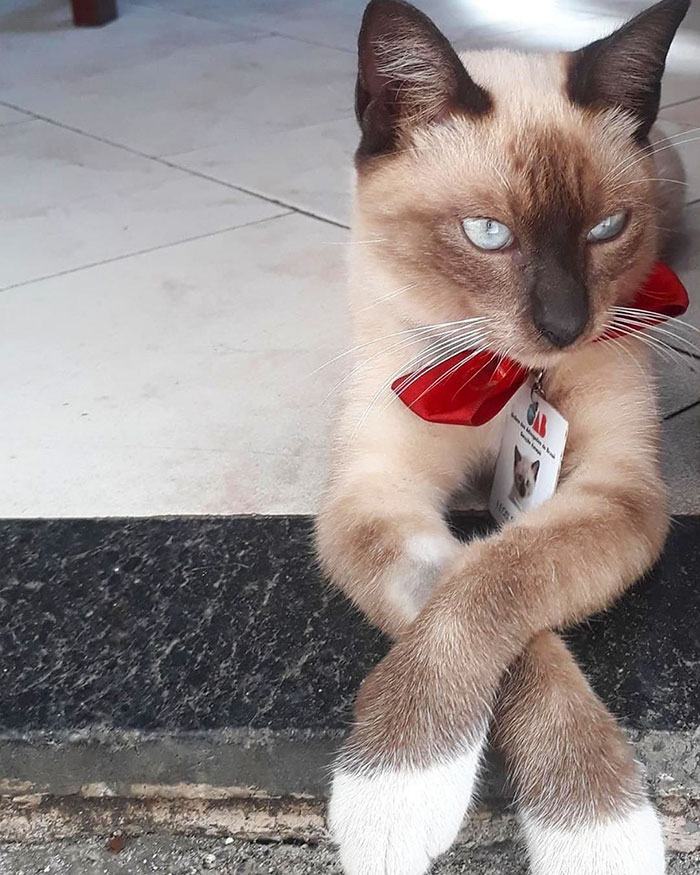 They also said that people filed complaints about the cat because he was very small and they were afraid they’d step on him when he came to meet people. However, despite the complaints, Dr. Leon’s undeniable cuteness definitely won the hearts of the right people. “[They said] that there was no space for him because it is a serious institution. So the President [of the OAB] determined the hiring and gave him an employee badge.” 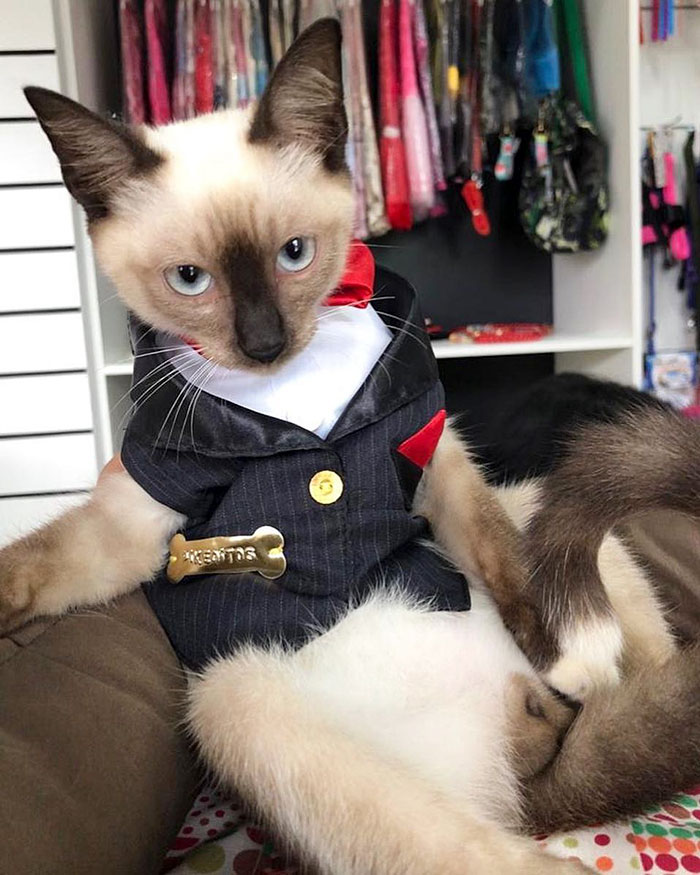 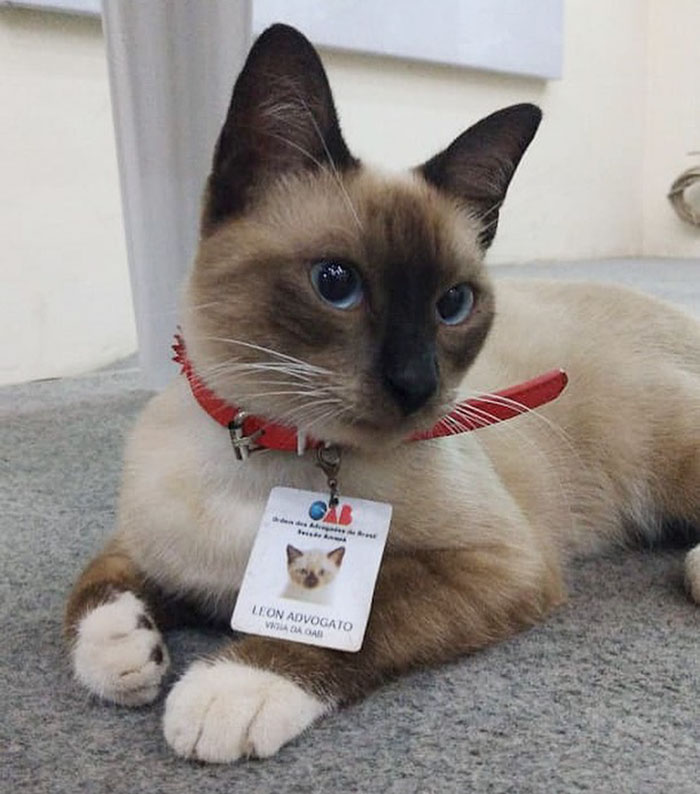 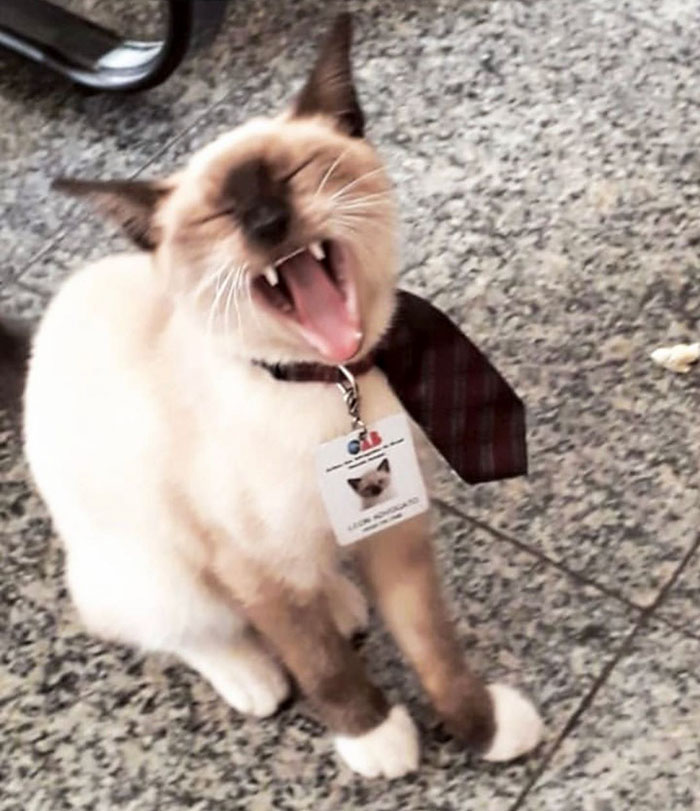 The law firm’s hiring of the cat has inspired the law firm to help more animals. Besides being fed properly, the law firm took further steps into ensuring Leon’s health. “Two months ago Leon was neutered and is already fully recovered. The veterinarians say he had a problem with his vocal cords as a result of suffering as a baby. He hardly meows, but we keep taking care of him. This motivated us to create the institute to help abused and abandoned animals.” 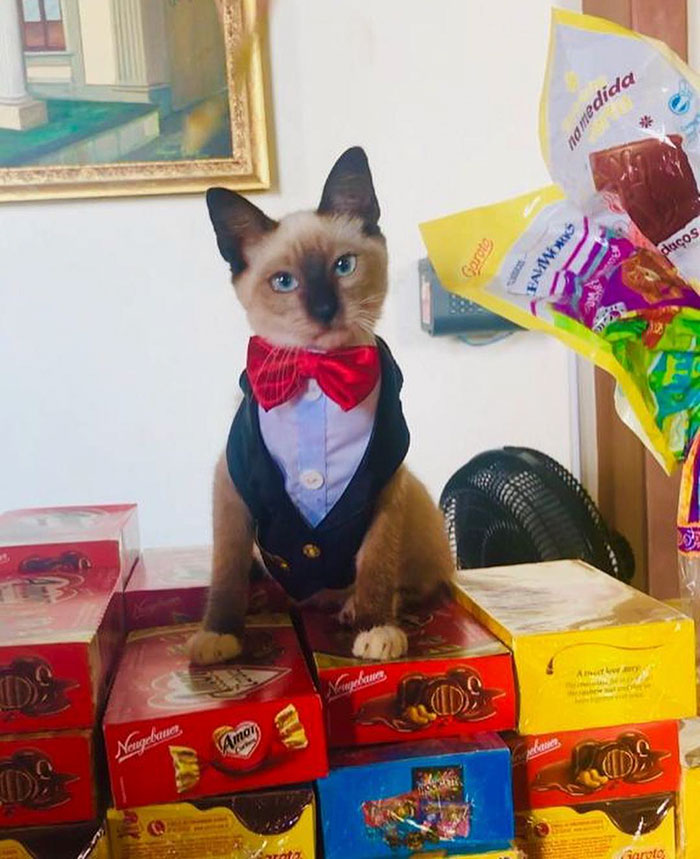 And according to his representative, Dr. Leon will have his own office in the future. “We are finalizing the documents to launch an animal rights institute. It’s called Instituto Dr. Leon. Unfortunately, we cannot house all [the animals], so we will fund NGOs in town. We will be an example for Brazil [to follow].” 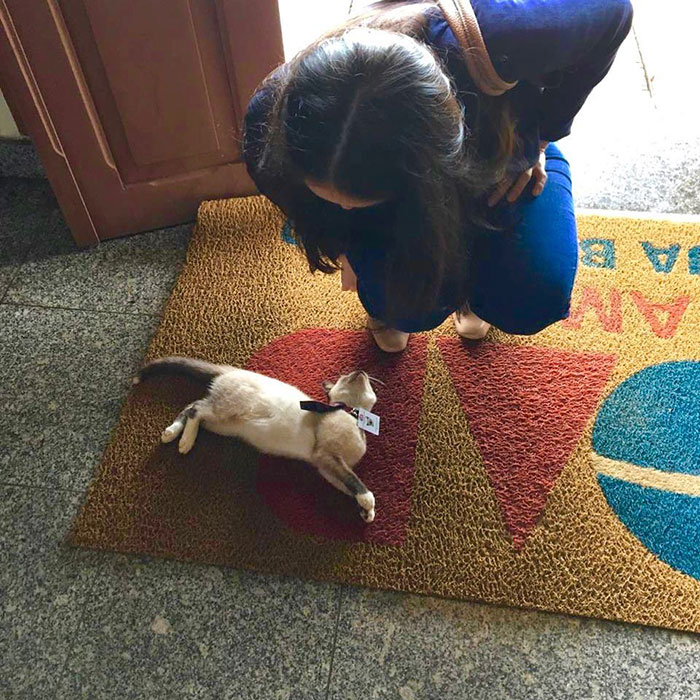 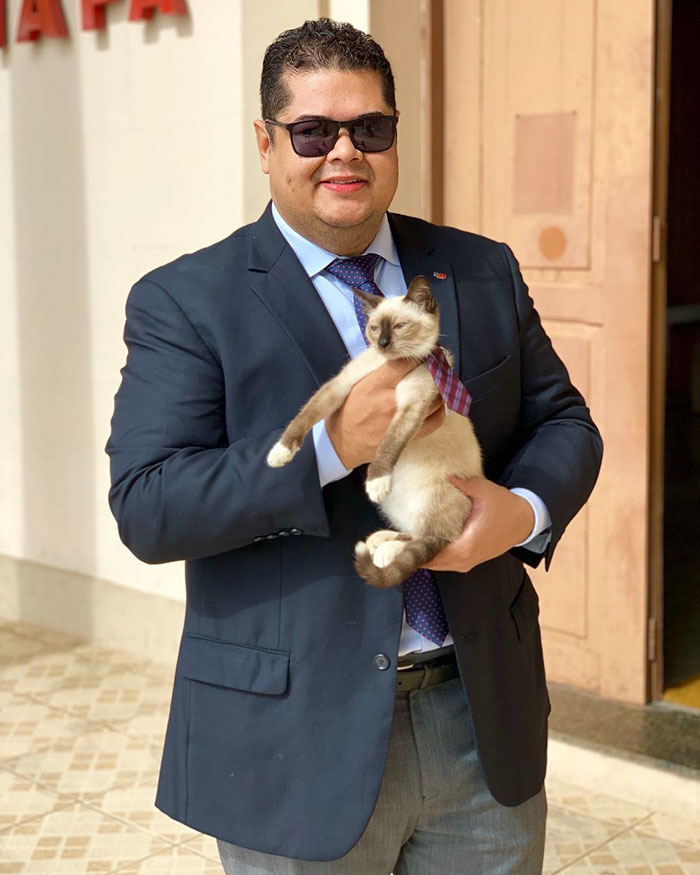 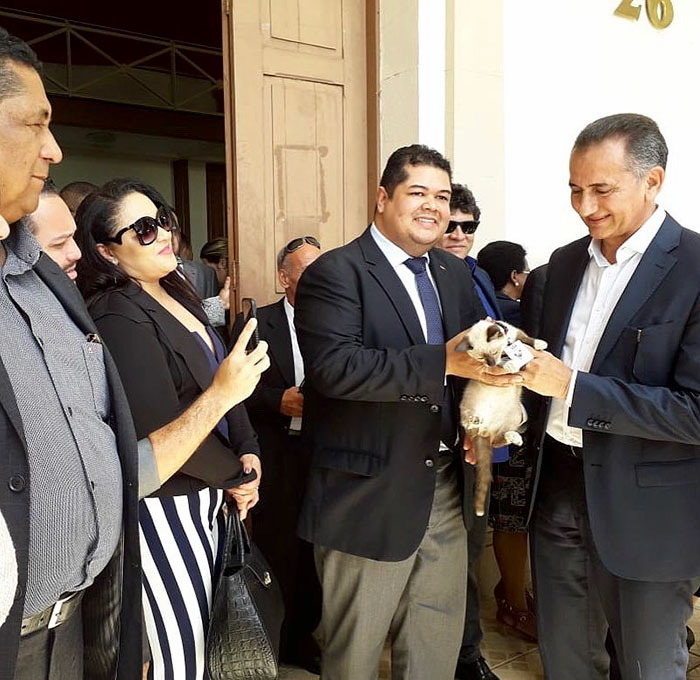 Now that Dr. Leon is finally a part of the law firm, he has truly found a home and a family. “Today, he is very dear to everyone. Even those who didn’t like him got used to his presence and have fun with him. His favorite place is President Auriney’s sofa; he loves to play with his toys,” the lawyer cat’s representative attested.

Dr. Leon isn’t the first feline to get a real job. 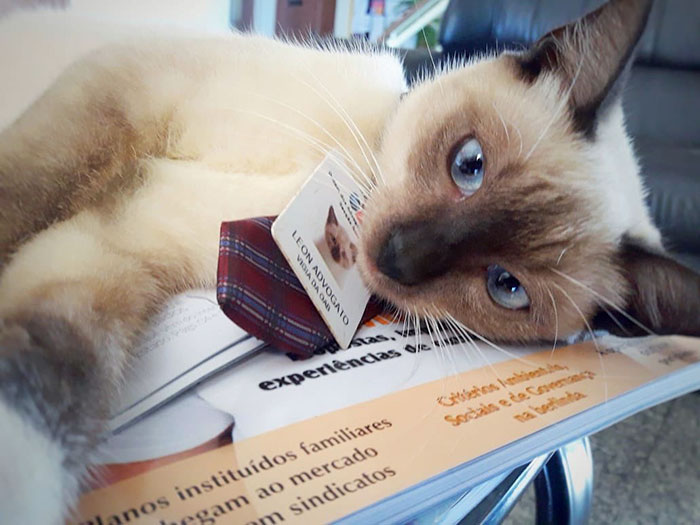 In fact, there is a feline nurse at an animal shelter called Rademenesa. This cat survived an inflamed respiratory tract when it was barely 2 months old and has found a way to pay it forward. Several cats have also found themselves in positions of power. Cat Times features many stories about extraordinary cats and their circumstances. They wrote about Barsik the Scottish Fold who got 91.6% in an unofficial mayoral poll for Barnaul, Siberia. Unfortunately, Barsik didn’t file for official candidacy. Limberbutt McCubbins, a Democratic cat from Kentucky, and Dr. Jekyll both officially tried to run for the presidential post of the United States.

The Internet went crazy over Dr. Leon the Lawyer Cat.

What do you think about cats getting real-world jobs? Do you think it’s a really cute gesture by us humans or do you think we’re all mad? Tell us in the comments! If you want to see more of Dr. Leon, you can check out his Instagram page (he’s already got 300,000 followers!) or President Auriney Brito‘s (he also posts cute pics of Dr Leon on his profile).