The heaven-sent confections were initially spotted by chocoholics who happened to be visiting the United Arab Emirates last year. At the time, many assumed that the special range was a limited edition, country-exclusive offering. Naturally, that suggestion created a buzz among chocolate fans. The company appears to have listened to the clamor though, because they’ve officially announced that the Galaxy white chocolate treats are coming to UK shelves soon! 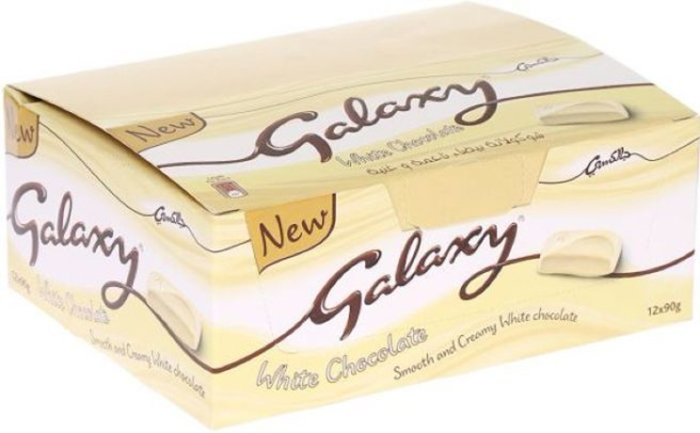 Chocolate fans all agree that Galaxy’s products are among the best chocolates out there. Every piece from the brand promises a creamy, velvet-smooth experience every time. So of course, when word got out that there were, in fact, two Galaxy white chocolates existing in the world, aficionados were over the moon. 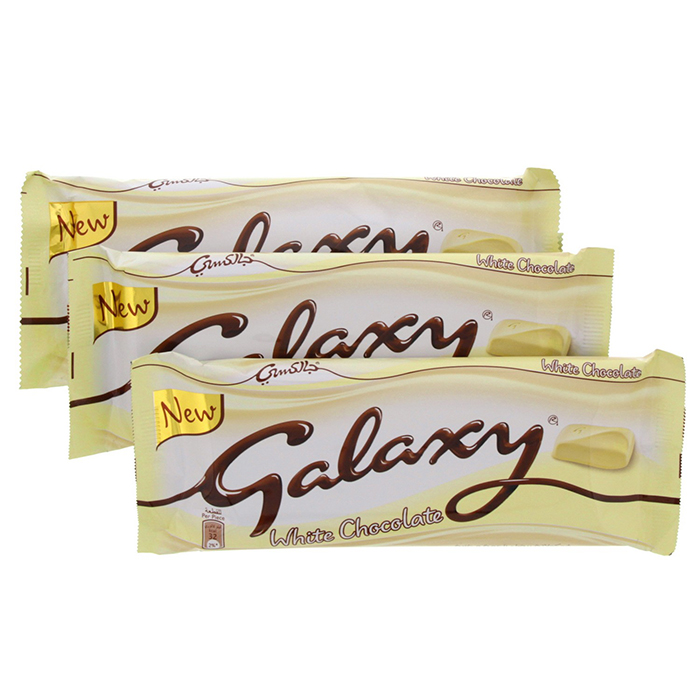 It’s been said this bar was “created to instantly melt in your mouth.” In addition, the brand further describes the Galaxy White Chocolate’s texture to be silky smooth, and deliciously creamy.

Food reviewers have written rave reviews about the new confection. Some even claim that it’s probably the best white chocolate you’ll ever have in your life. Each individually wrapped package contains a sleek 38-gram bar. You’ll definitely find it hard to resist breaking off a piece because it smells absolutely mouthwatering too! Galaxy has yet to release these delightful bars in the market, but if you can’t wait, you can order a three-pack for £5.99 at GB Gifts today! 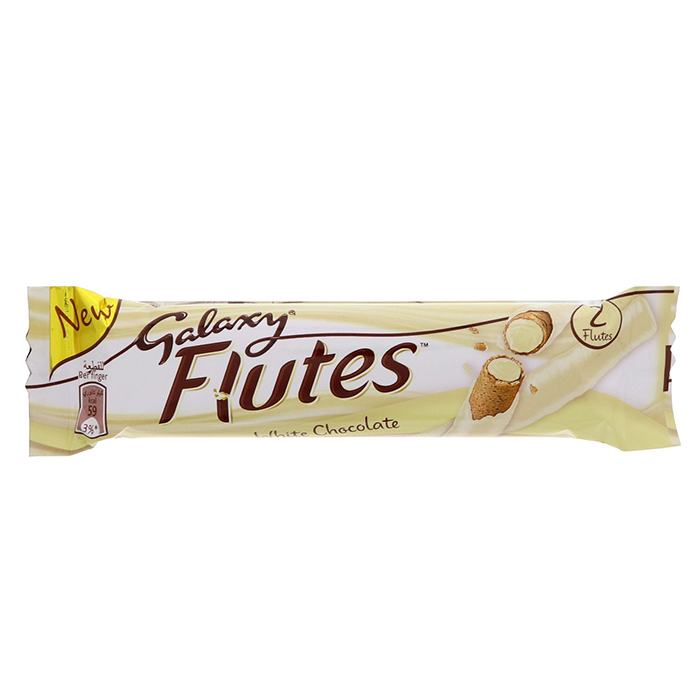 The Galaxy white chocolates are similar to Milky Way crispy rolls. Decadent white chocolate coats the wafer roll. Plus, Galaxy has generously injected luscious creme filling that contains natural vanilla flavors. It’s sweeter and contains stronger vanilla notes than the white chocolate bar. GB Gifts also offers a two-pack of the Flutes for £4.99. Our Christmas stockings are getting a lot of interesting stuffing this year!

Galaxy’s advertisement for their white chocolate bar is chic and classy. Watch it below: