A public restroom doesn’t need to be visually appealing because people go there to use the toilet, not to sightsee. Well, that’s all about to change now. Norway has created an avant-garde restroom that is currently deemed as the world’s most beautiful public toilet. One look at this elegantly designed sanitation facility and you’ll definitely agree. So, where can we find this stunning toilet facility? The elegant restroom is located at the Ureddplassen rest area along the Helgelandskysten Norwegian Scenic Route in the northern region of Gildeskål. 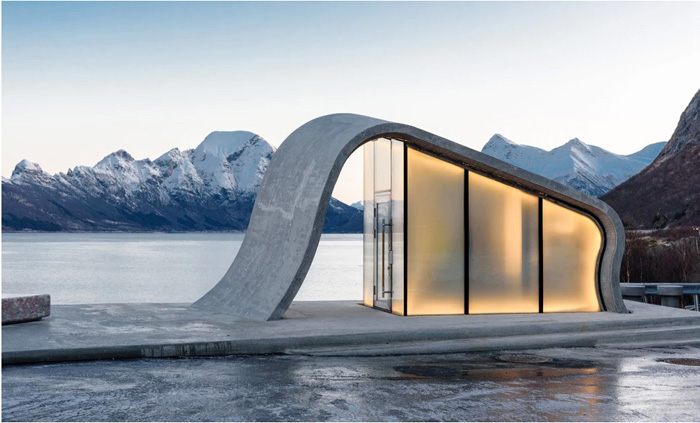 Designed by Oslo-based studio Haugen-Zohar Architecture (HZA), the wave-shaped toilet facility appears to sweep upwards from a concrete viewing terrace. It’s the newest architectural piece to the redevelopment of the Ureddplassen rest area, in the country’s attempt to attract tourists. The site has been a popular tourist destination as it serves as an ideal spot to observe the northern lights in winter. Moreover, the rest area overlooks a picturesque view of Norwegian fjords and the open sea. By adding innovative architecture, it will enhance the site to create a better experience for traveling tourists and locals alike. 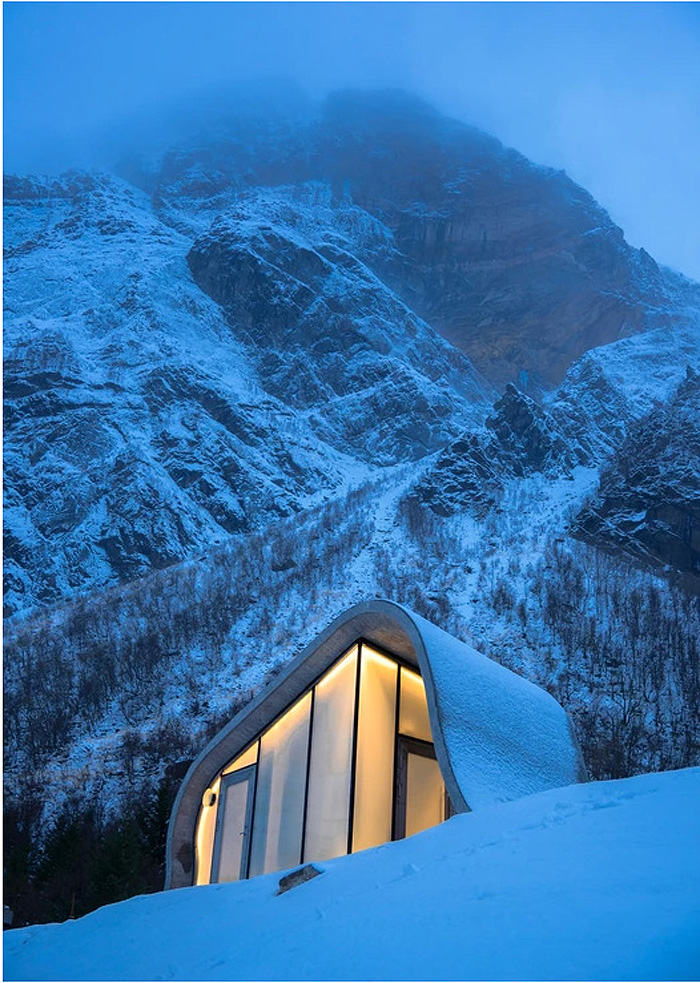 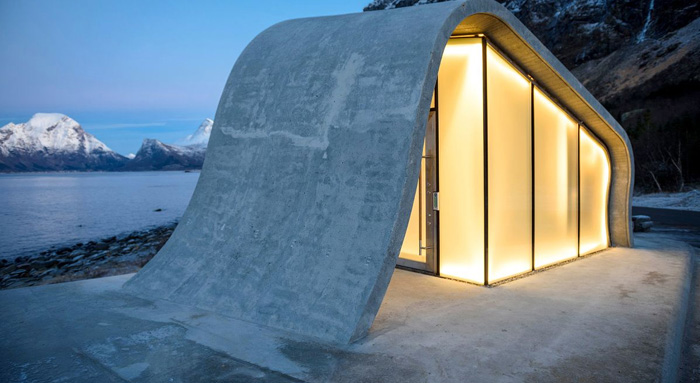 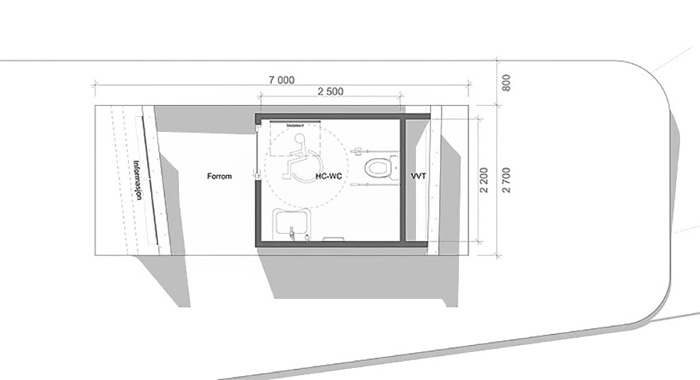 Along the roadside, a sleek viewing terrace provides marble benches where visitors can relax and enjoy the scenery. A series of concrete amphitheater steps leads down from the viewing area to the shoreline. Furthermore, the steps are constructed in staggering forms to provide seating platforms where visitors can sit while looking out across the water. At the opposite end of the viewing terrace lies the most beautiful public toilet in the world. Its concrete surface appears to have been pulled up from the ground to form a roof. Under the concrete roof is an entire cubicle lined with translucent frosted glass that seems to glow when illuminated from the inside. 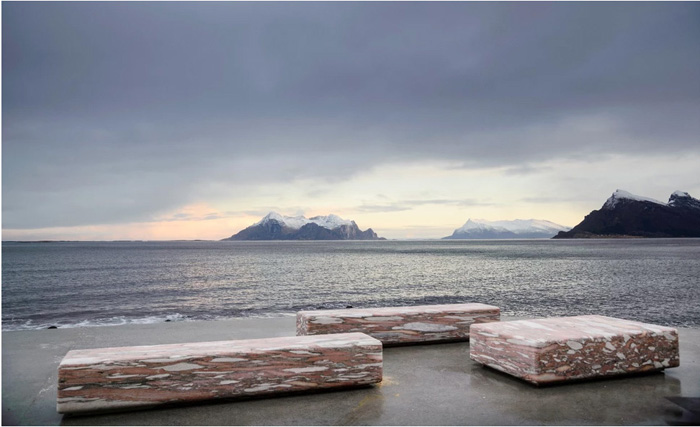 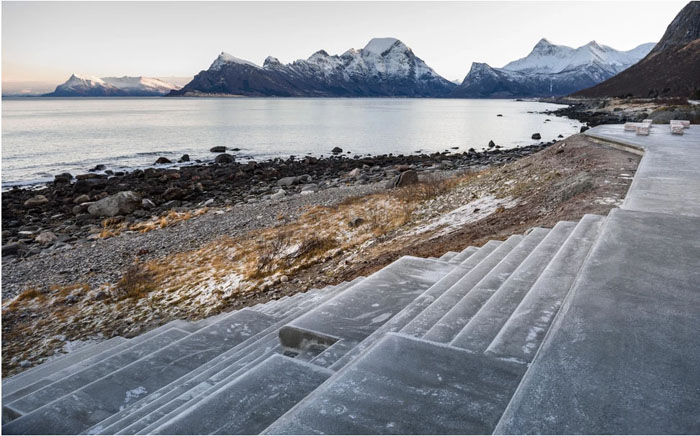 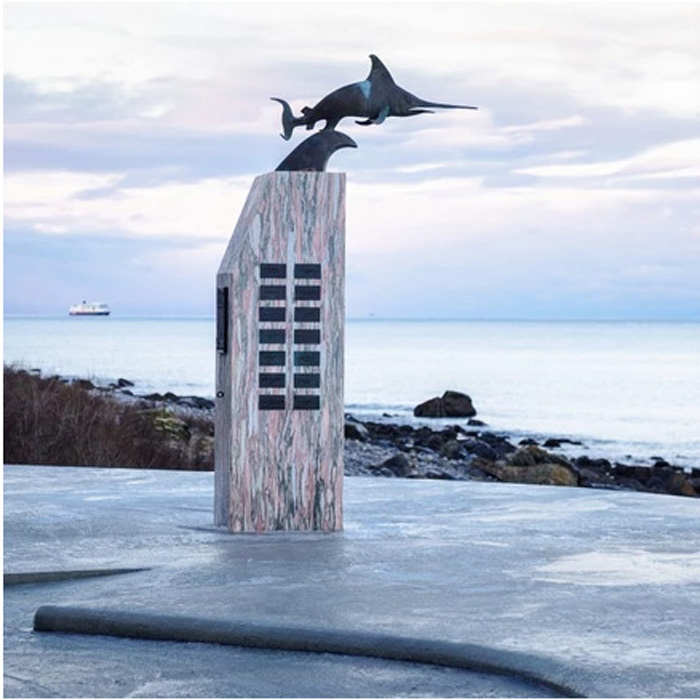