Sally Surprisingly Finds Baby Possum Clinging To Her Dog’s Back

Surprises come in many different forms. Sometimes, they come in the form of a baby possum in a place where you would least expect it. And where could that possibly be, you might ask? Well, on the back of your beloved pet dog. Yup, such was the case for Sally Watkinson who spotted an Australian ringtail possum clinging onto her Puli dog’s back.

Watkinson detailed the adorable encounter via her Facebook page. She shared how her partner Jon dealt with the matter accordingly. He scouted their area for any nearby wildlife rescue organizations. But to no avail, he ended up taking the dogs to a local vet to turn over the little critter. Luckily, not long after, a wildlife rescue organization picked up the baby female marsupial to place it under their care. 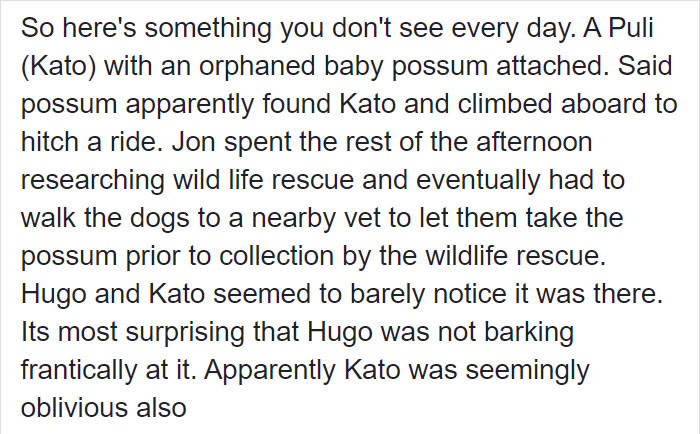 In her post, Watkinson also pointed out how her dog Kato didn’t seem to mind having a little passenger on its back. Likewise, she found it rather surprising that her other dog Hugo didn’t bark “frantically” at it. 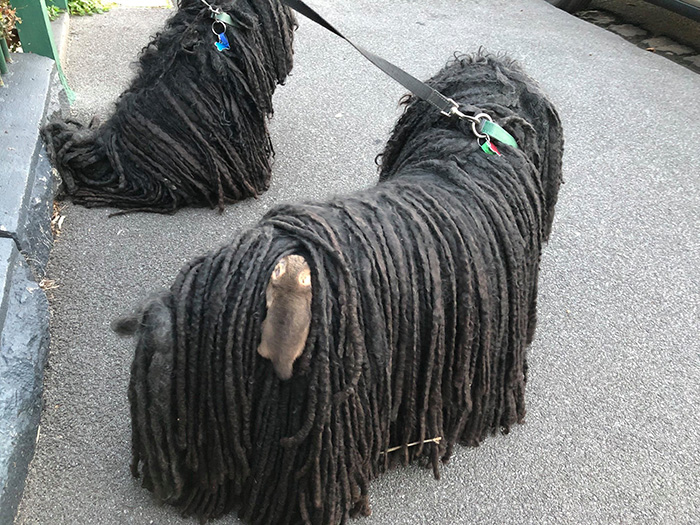 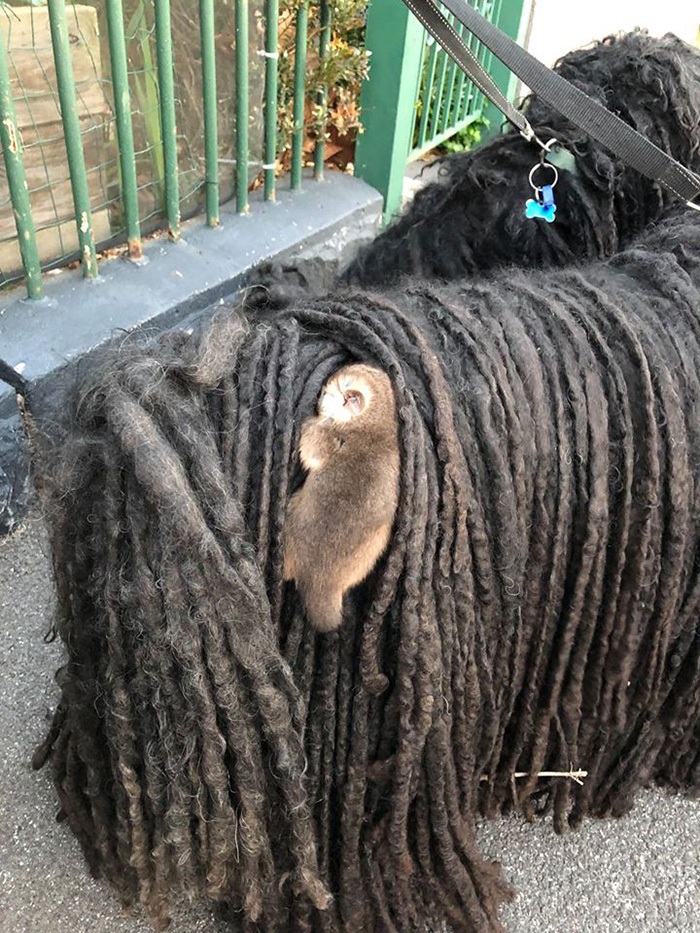 Apparently, these baby marsupials find comfort on her pooch’s long corded coats. Because just a day later after the incident, she revealed that the same thing happened again. And this time, a baby male marsupial found its way to Kato’s back. However, she noted that “this one was annoying him a bit more as it seemed to be digging in a bit.” But then again, to her surprise, her other dog Hugo “was still ignoring it.” 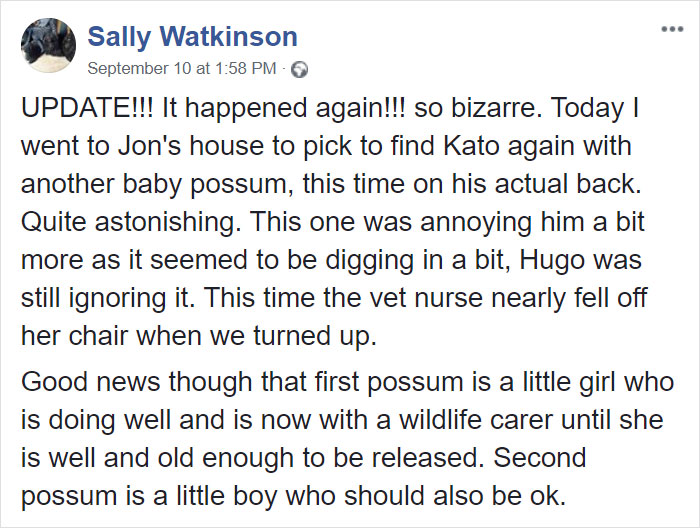 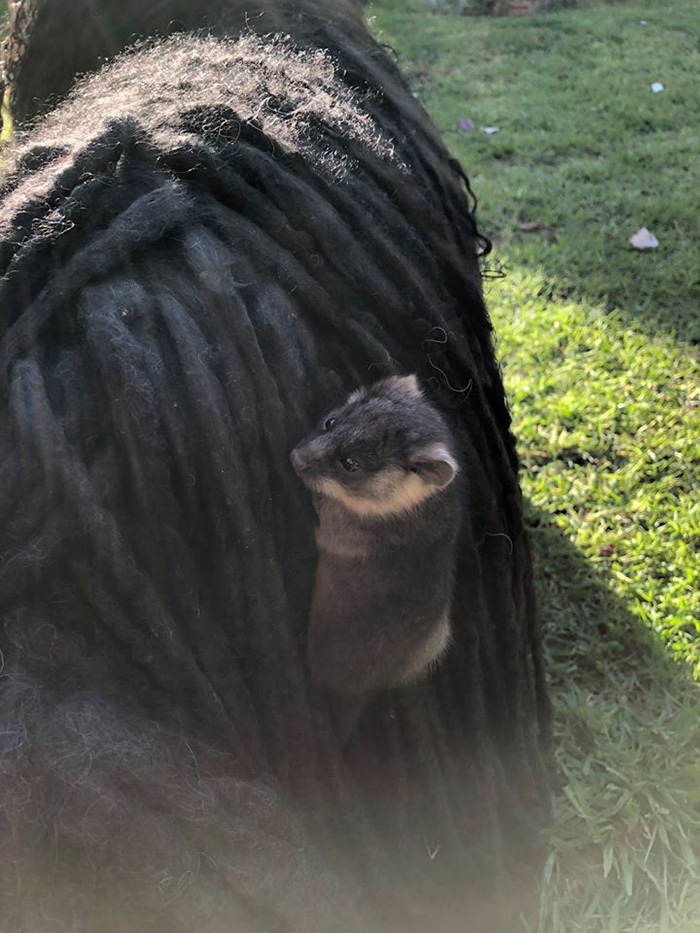 So, once more, the couple turned over the little fellow to the same vet. “This time the vet nurse nearly fell off her chair when we turned up,” Watkinson wrote in an updated version of her post. She also reassured the public that the first baby marsupial is doing well with her new wildlife carer. Similarly, she noted that the little boy “should also be ok.” Both critters will be released back into the wild by the time they’re well and old enough. 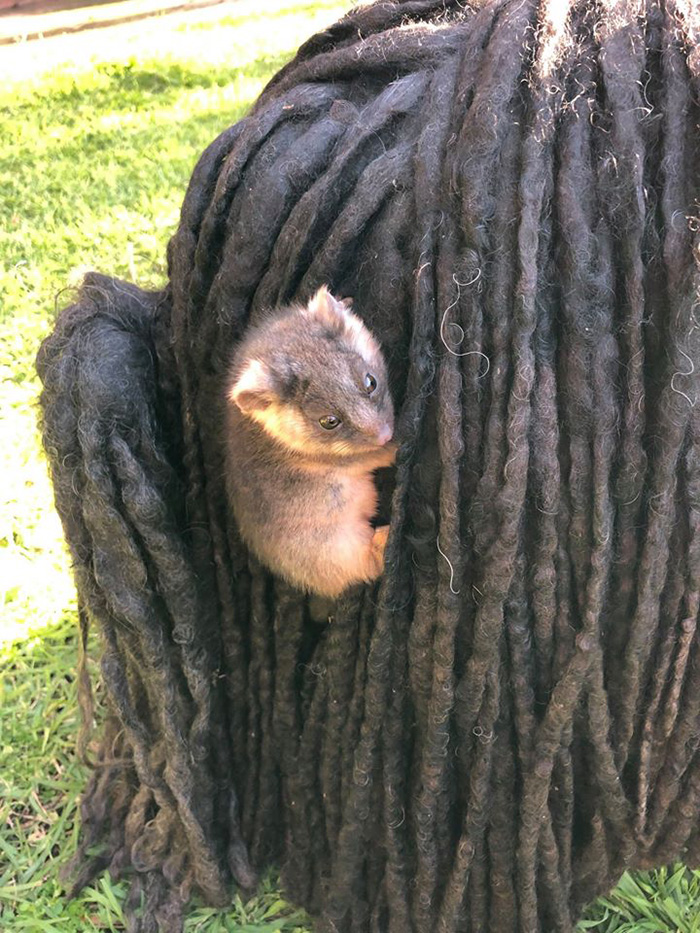 Meanwhile, the couple speculates that the poor critters lost their mother to a possum catcher. In response to a comment on her post, Watkinson wrote:

“Possum man has not returned calls regarding what happened to the mother, therefore, no opportunity to reunite and release.”

According to a vet that the couple has consulted, marsupials such as the ones they had found usually have a litter of two to three. So, they’re also on the lookout for a third baby possum that might suddenly pop out of nowhere too. Hopefully, it will also find its way to one of Watkinson’s lovable dogs! 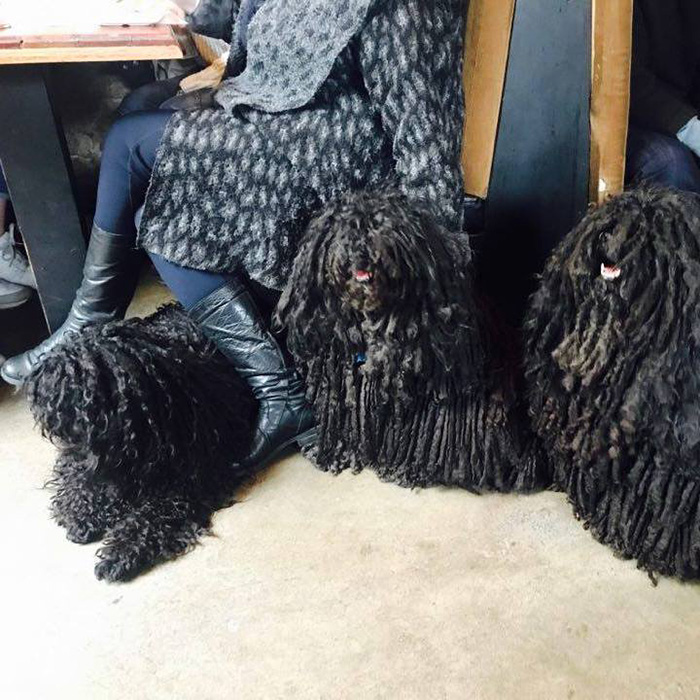 Here’s how people reacted to the adorable hitchhiking story