A cricket infestation can happen inside your home but it doesn’t happen often. And if you have ever experienced it then you’ll know how frustrating an infestation can be. These insects come indoor for shelter as they are drawn to warm, moist environments within structures. An infestation can be very annoying for homeowners due to the loud chirping noise these insects make particularly at night. Needless to say, no one would ever wish to have these noisy critters inside their homes. But this man in Red Lake Falls, Minnesota accidentally brought an infestation into his home.

Christopher Ingraham, a data reporter for Washington Post, shared an amusing story on how hundreds of the insects ended up in his home. On his Twitter Page, Christopher recounted how the accidental infestation started and how he dealt with it. And his followers just couldn’t help but burst into laughter with his hysterical experience. Christopher lives in Red Lake Falls with his wife, three kids, three cats, a dog and a bearded dragon named Holly. In case you didn’t know, bearded dragons love to eat live insects. So, the dilemma began when Christopher ordered a bulk of live insects for his pet Holly. Here is where he unfolds what happened when the parcel arrived. 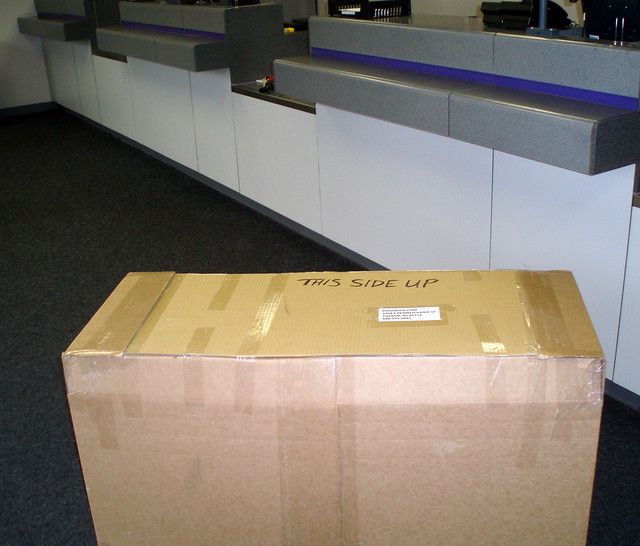 His hilarious misfortune made everyone’s day on Twitter. The post became viral so his editor asked him turn it into an article for the Washington Post. Unfortunately, Christopher wasn’t able to capture the insects on camera. And this is what he had to say to all the people who kept demanding photos of the infestation.

“Believe it or not, while a horde of crickets was marauding through my house, I did not think to whip out my phone and start snapping pics. But I’m glad you enjoyed our suffering, we’ve been laughing at your responses all day which almost makes it all worth it.” 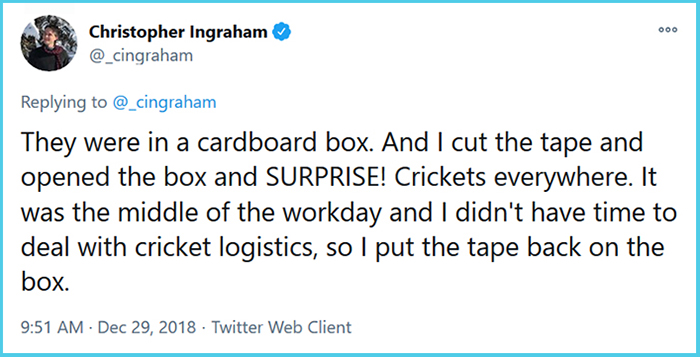 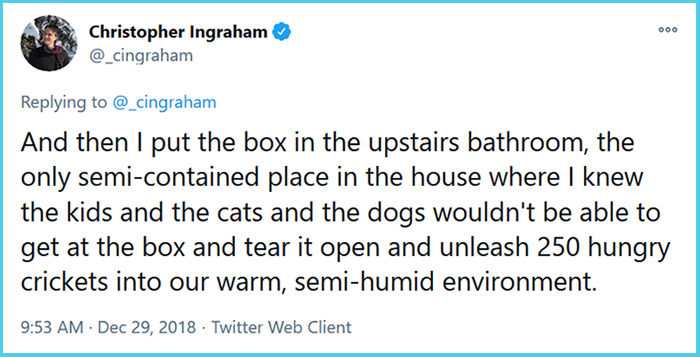 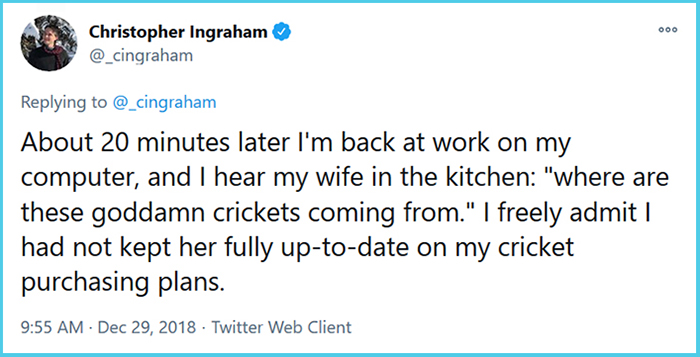 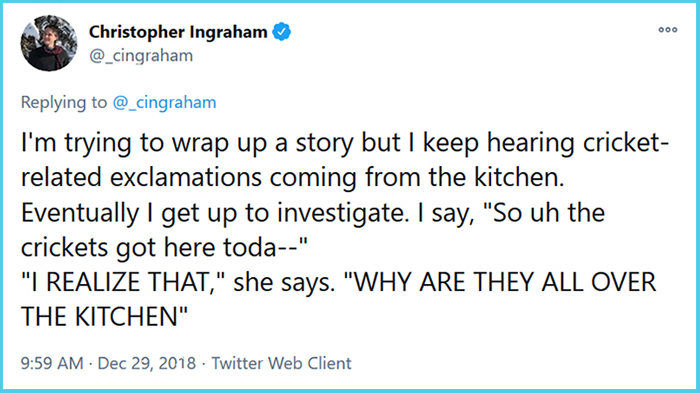 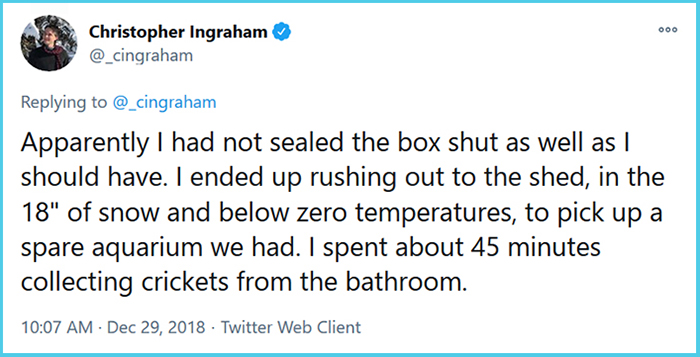 He also jokingly reported that he is still alive the day after he accidentally released more than 250 of the insects inside his home. And that his marriage is still intact. It also helped that Holly is a big eater so he had no problem disposing the noisy insects. But they still hear something chirping from inside the house once in a while.

Here’s how people reacted to this amusing story