Just north of Florence, Italy lies a beautiful park with a rich historical background – the Park of Pratolino. In 1568, the estate was bought by Francesco I de Medici and named it Medicean Paggeria of Pratolino. It is said that the Grand Duke of Tuscany bought the estate as a gift for his mistress Bianca Cappello. The Duke commissioned a renowned architect in order to turn the estate into a fairy-tale property. A lavish villa was built which was surrounded by a picturesque park, indeed turning it into a paradise. The park consisted of beautiful gardens, gorgeous water fountains, and impressive bronze statues. One of these statues is the Colossus of the Apennines, a colossal brick and stone structure that depicts a brooding guardian. 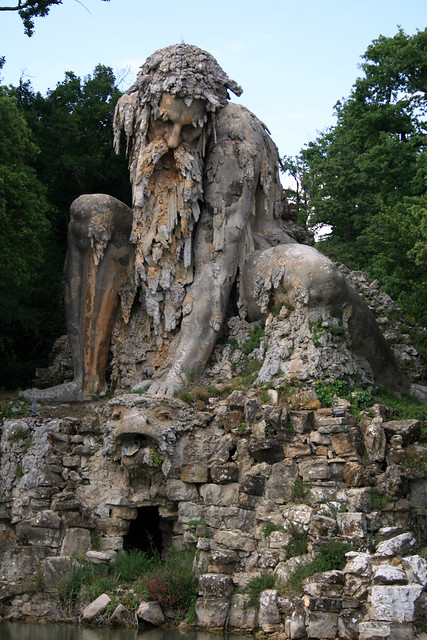 Created by Italian sculptor Giambologna, Colossus of the Apennines is the only surviving statue in the Park of Pratolino. When Francesco and Bianca died, the beautiful property eventually succumbed to decrepitude. The magnificent villa was later destroyed and the surrounding park also died along with it. In 1872, the property was bought by the Russian prince Paolo II Demidoff. The prince went on to restore the ruined villa as well as the abandoned park. He then changed the estate’s name to Villa Demidoff. A hundred years later, the Florence Province Council decided to buy the property. And later turned it into a public park which is now known as the Park of Pratolino.

The Colossus of Apennines, a massive 16th century statue located at the Park of Pratolino 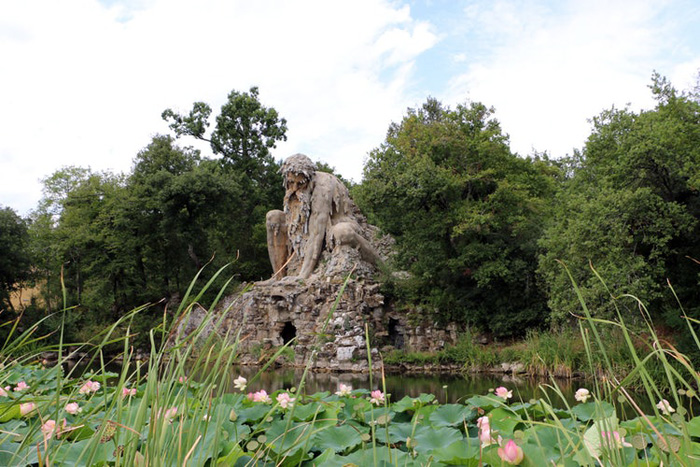 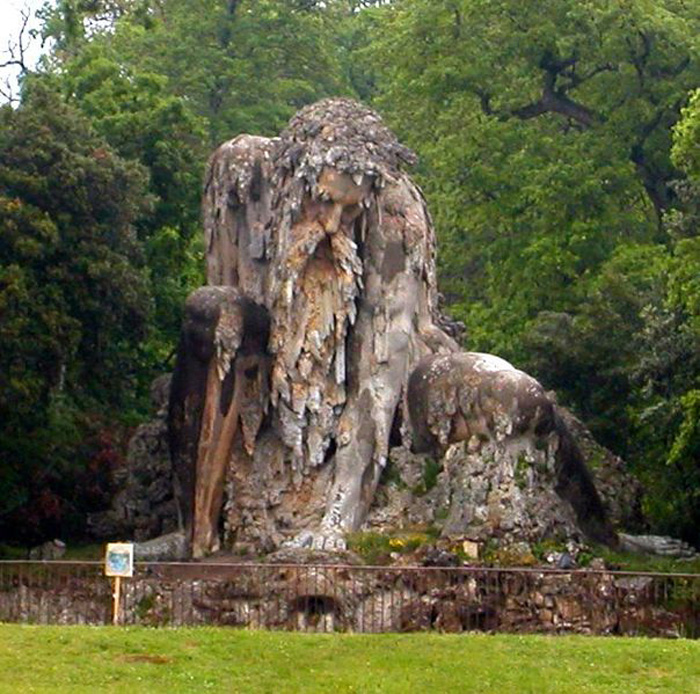 Out of all the original structures that were built in the 16th century, only the Colossus of the Apennines remains. As the monumental statue sits atop his stone seat, it was able to withstand the test of time for over 400 years. The enduring structure certainly lives up to his name as he remains a faithful guardian to the property for hundreds of years. You can visit this majestic statue in the Park of Pratolino which is open to the public during weekends and holidays. If you want to visit the park on weekdays, you’ll need to book ahead of time.