If you’re a fan of the VW Camper Vans, you’re going to love what this dad did for his daughter. Going by the name ‘DIYdad’, when his little girl was fast approaching her 3rd birthday and had outgrown her crib, he got to creating something special for her. After realizing that any of the toddler beds he liked were far too expensive, DIYdad was slightly stumped. He had seen a camper van bed project on ‘Instructables’ but it looked too difficult for his skill set.

However, after looking at the ‘free’ section on ‘Craigslist’ and seeing that someone was giving away parts of a VW Beetle, DIYdad decided to take the plunge and give the project a go, with some amendments. Take a look below to see the entire process step by step and to view the awesome end results!

The free parts found on Craigslist… 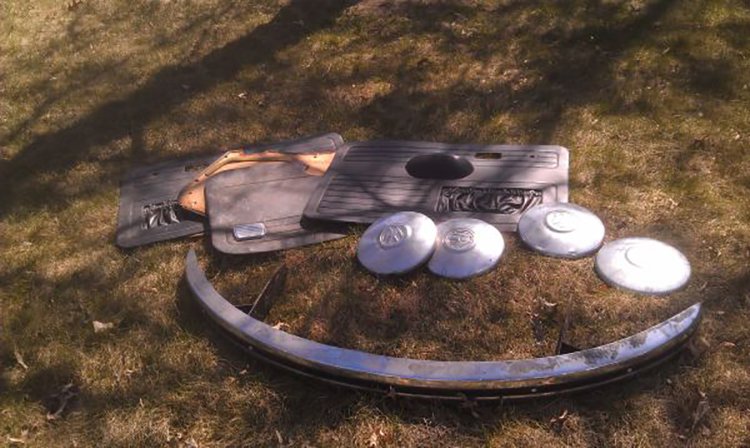 DIYdad decided to use a bunk bed as the basic frame for his camper van creation and decided that the panels of the bus would be detachable. It was purchased for $25 off of Craigslist. 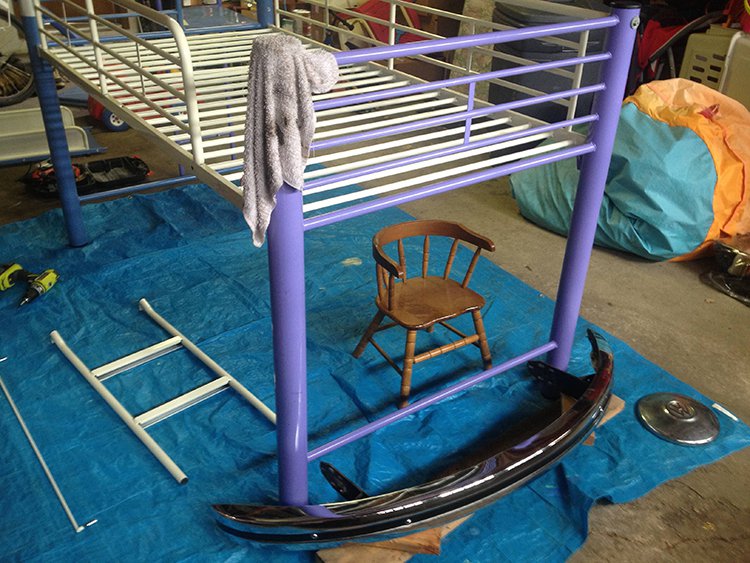 4×4 posts were created to hold the legs of the bed as it needed to be taller. 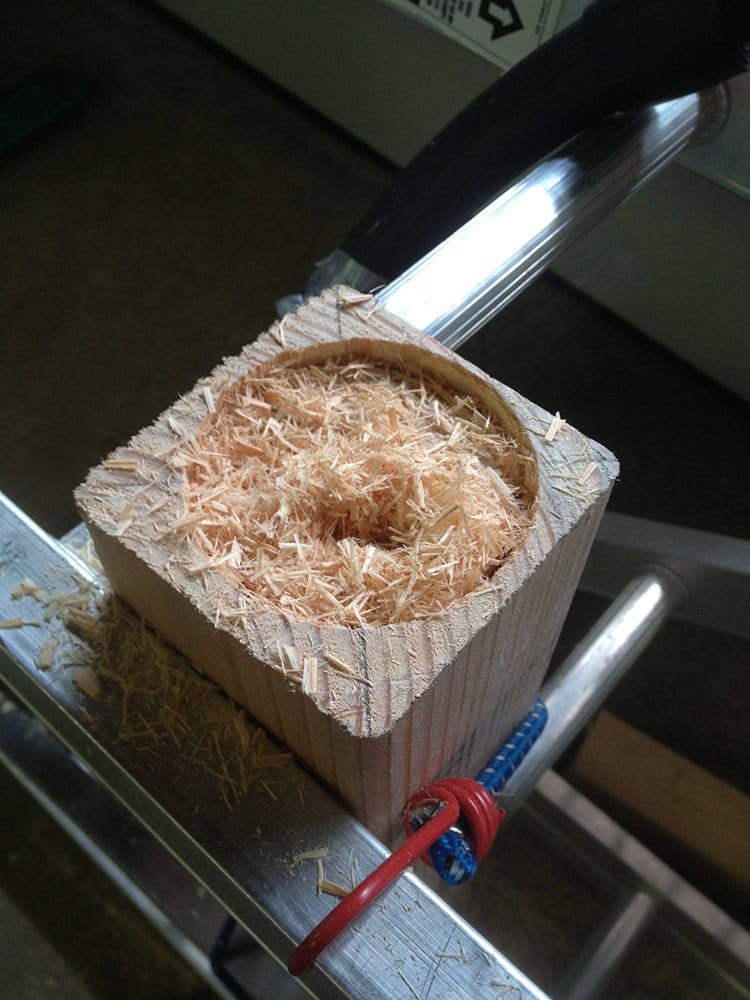 2×4 frame held the posts in their necessary positions. 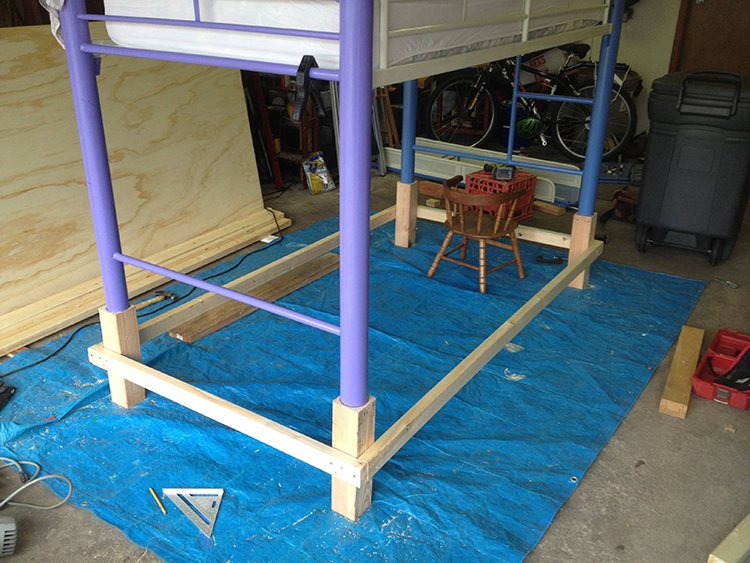 This is the 2×3 framing for the bus bed shape. 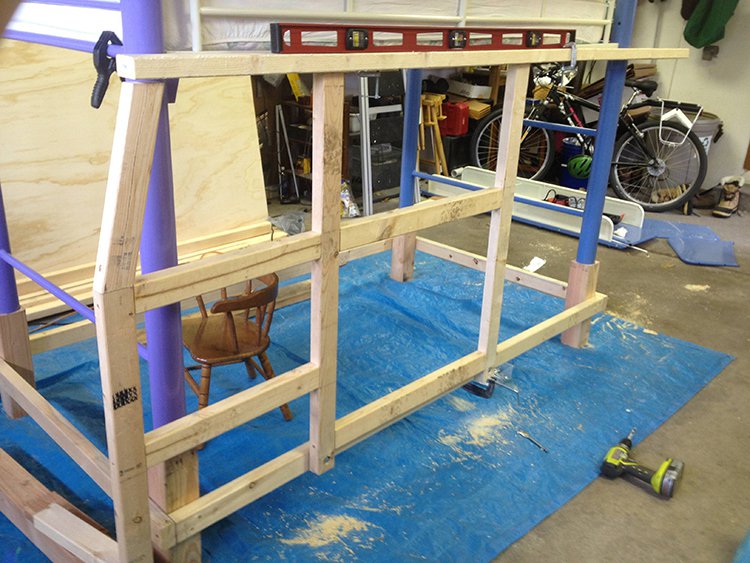 This area would eventually hold the electronics, steering wheel and dash board. 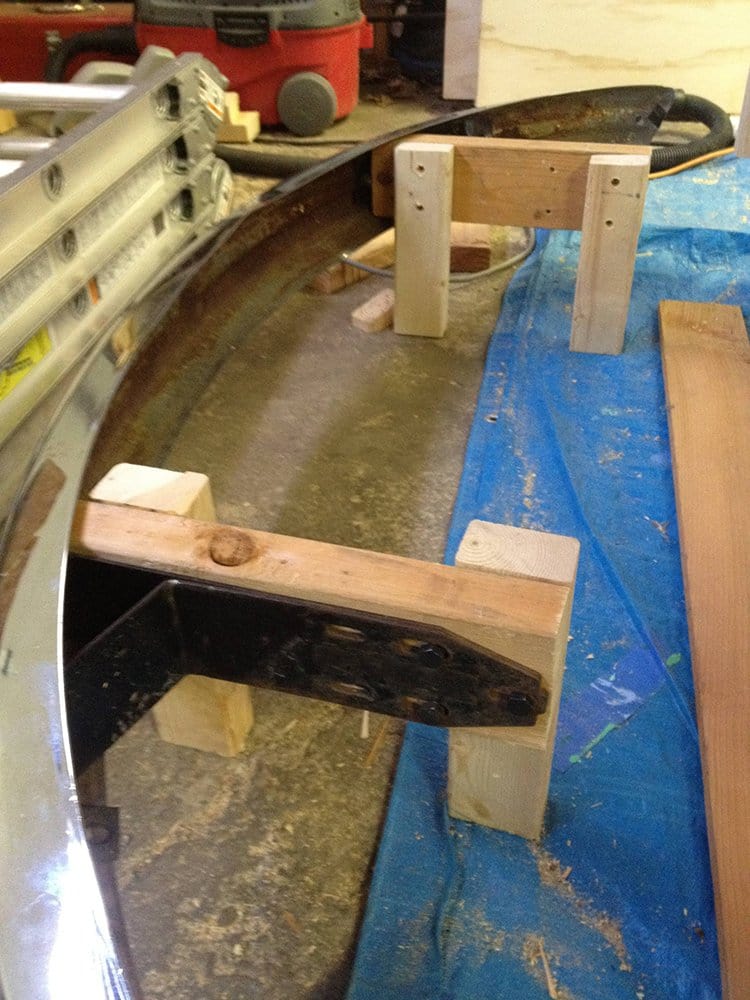 Here you can see the bumper area has been built. Thin plywood and plenty of screws were used. 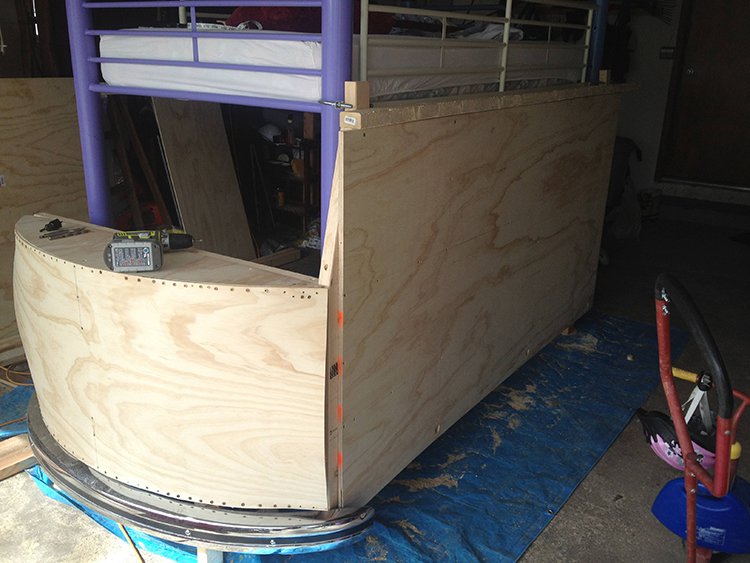 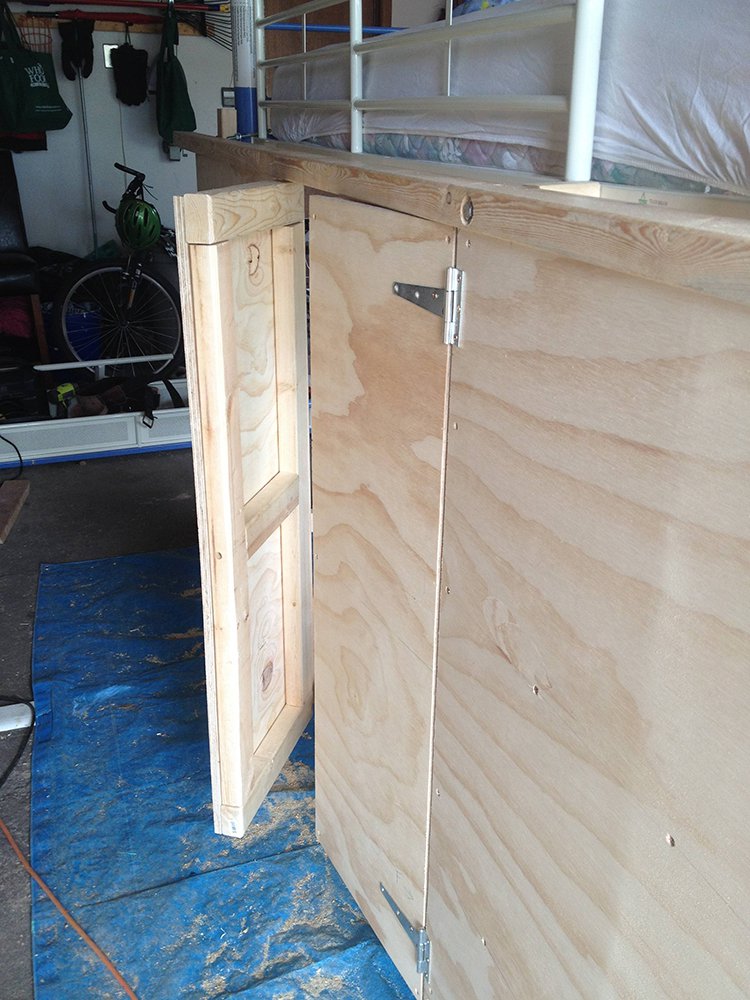 An ‘eyebrow’ was added in the front for effect and holes were cut for windows.

The wheels were bought as pre-cut circles. 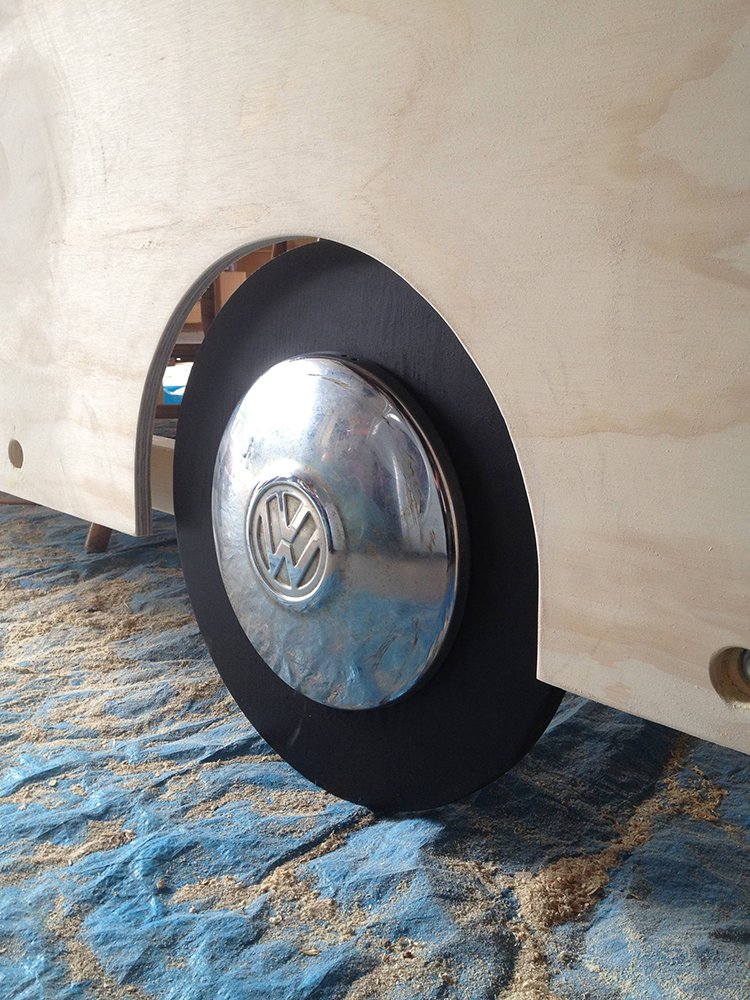 It’s really taking shape! Next the bus needed to be sanded, sanded and sanded again. 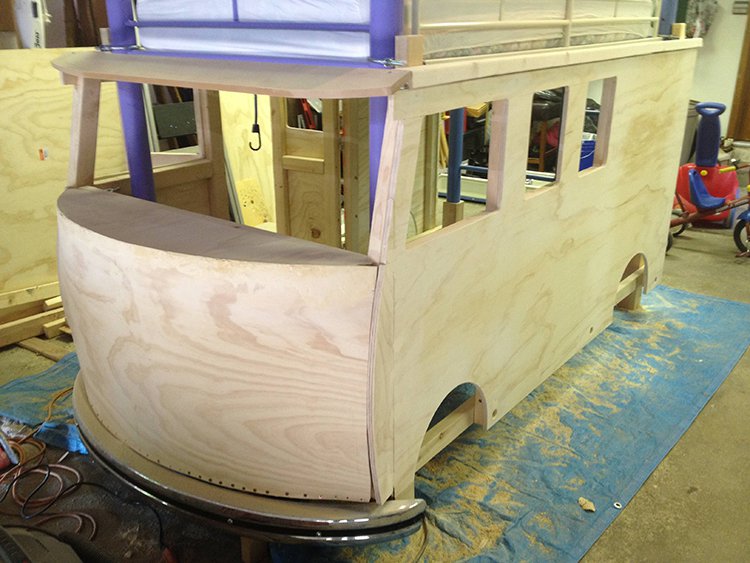 The top rack where the bed will be was spray painted silver. The wood was coated with a primer. Tape was used to separate areas. 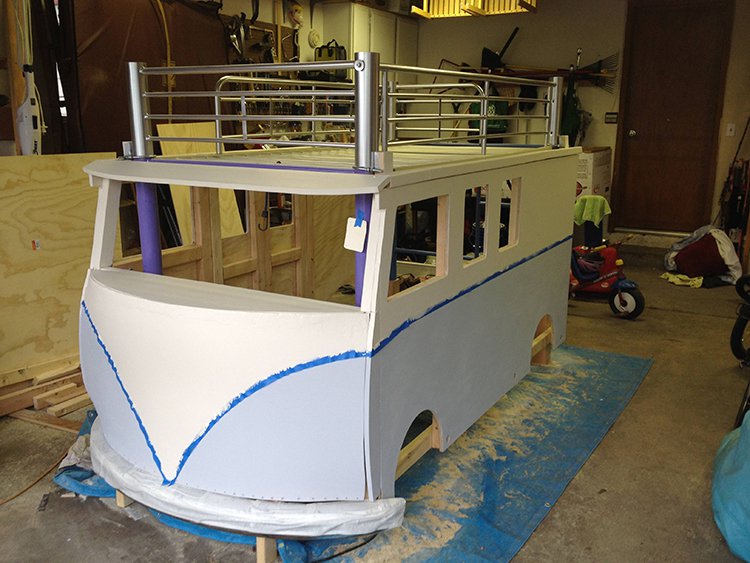 What a great looking exterior! 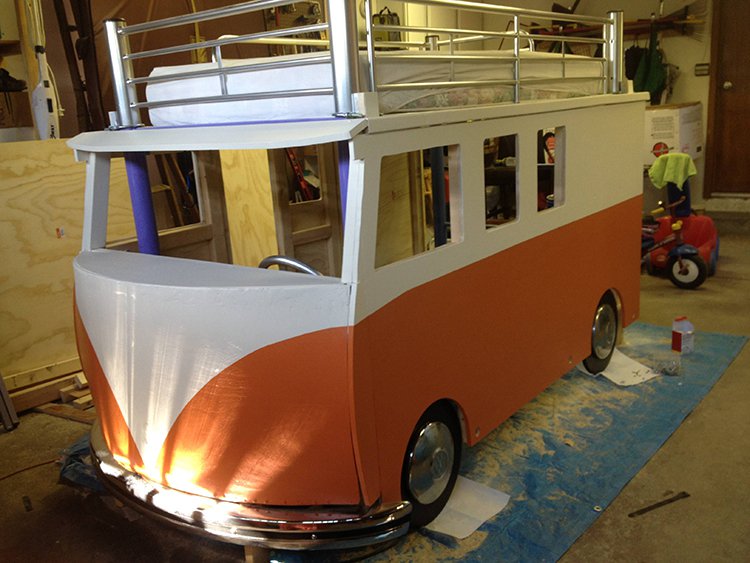 The plywood dashboard was mounted on a piano hinge so that items for lights and sounds could be added. 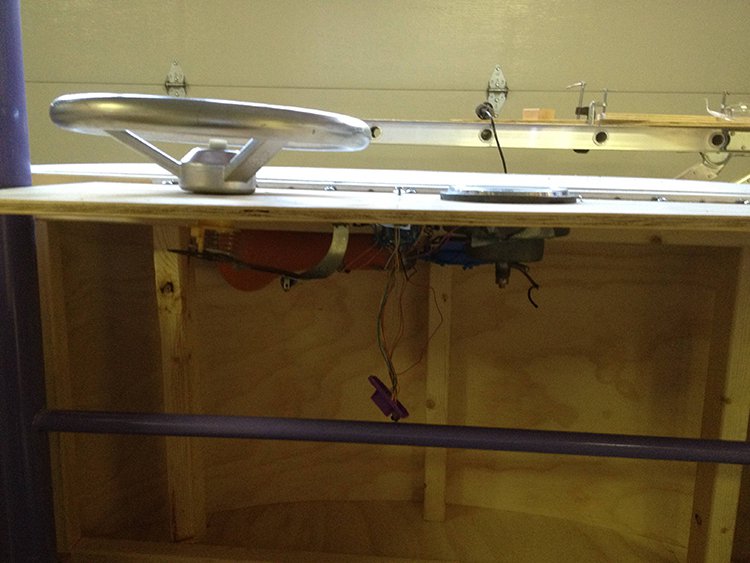 We are super impressed with the dedication, creativity and effort that DIYdad put into making something special for his daughter. We think it’s super clever that all the panels are detachable meaning that the bed can be taken apart and transported around with ease. Projects like this just prove you don’t need to spend a fortune to own something incredible. All in all, DIYdad estimates he spent around $100 investing in the bed. He saved money by using existing things lying around in the family garage and, as you already know, hunting for items on Craigslist. Keep going to see the rest of the process!

Puck lights were bought for cheap as headlights. 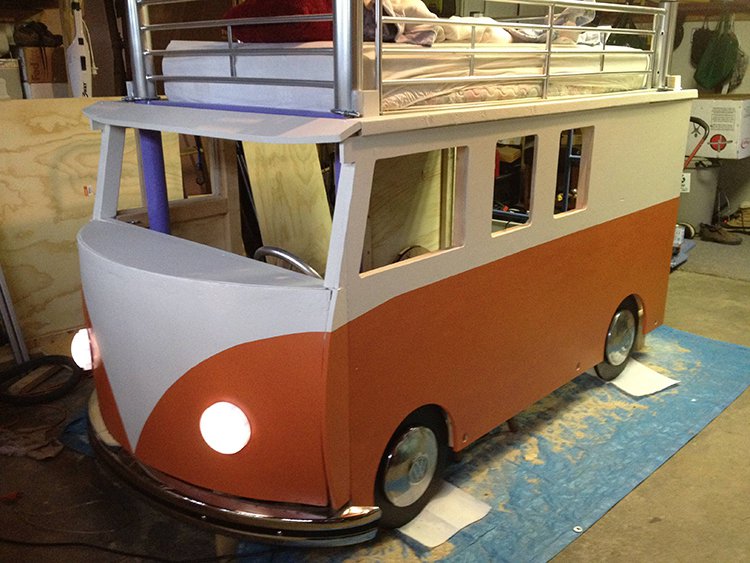 The dashboard was coated with stain to give it a lovely finish. 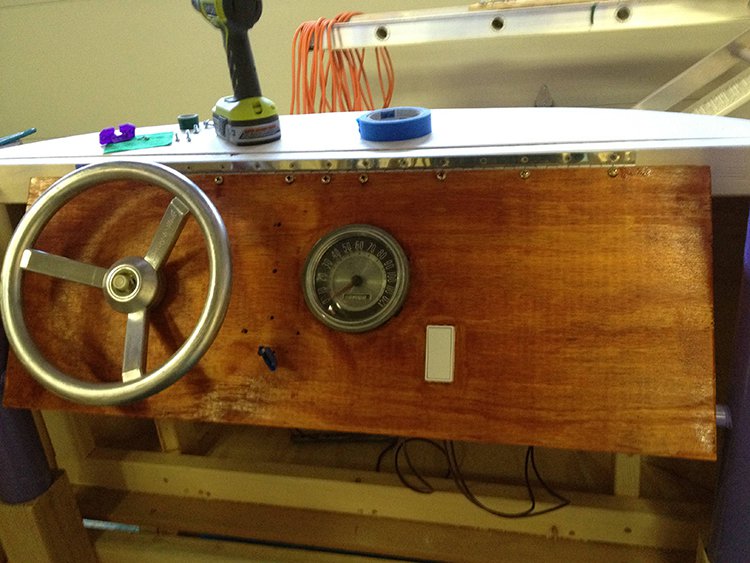 What more could a kid want than a hammock in their awesome camper van bed? 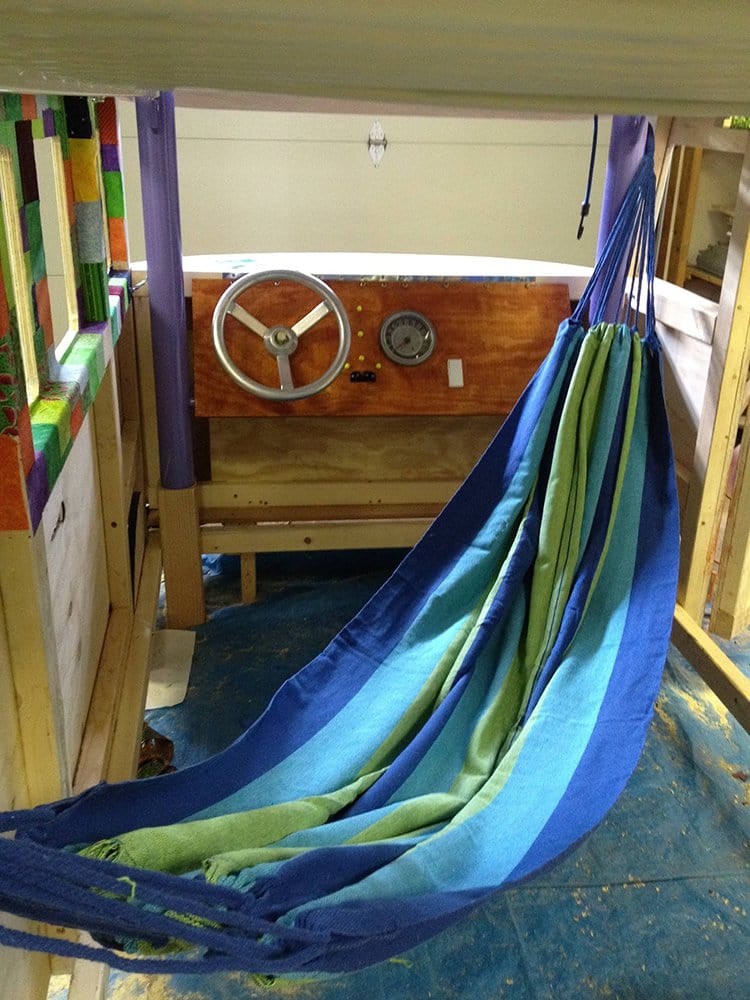 The classic VW emblem was bought online and placed carefully onto a silver sticker. 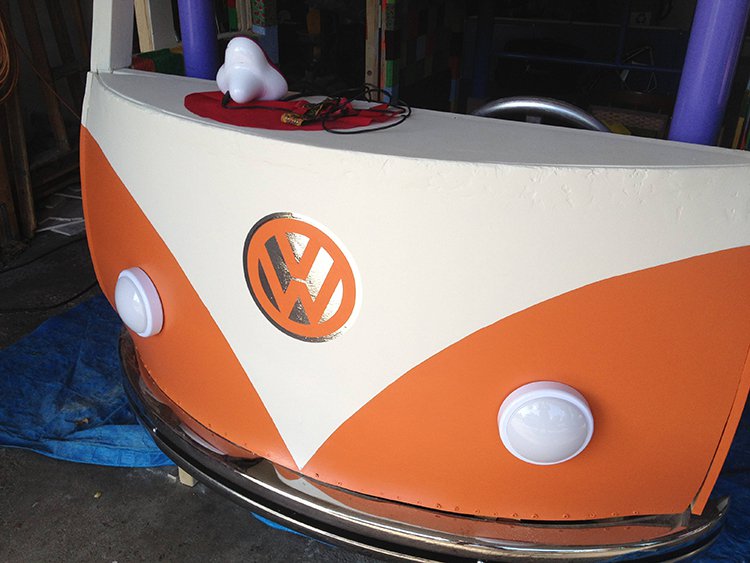 DIYdad’s wife added the ribbon. The dash is complete with a speedometer, buttons that make driving sounds and a horn on the steering wheel! 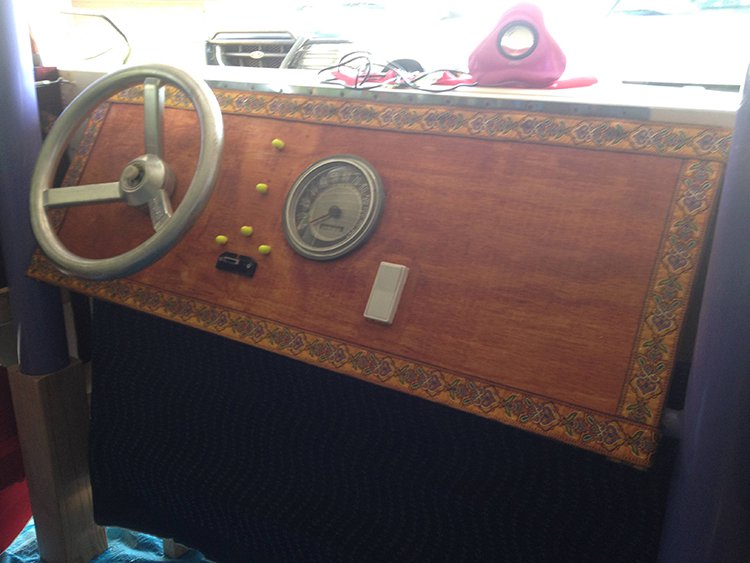 Side pockets from the VW Beetle were added for storage. 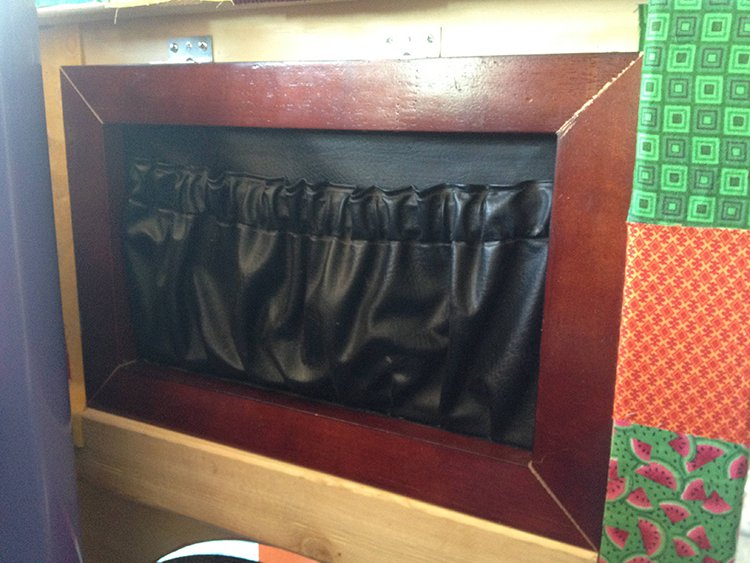 How great is the interior decor? 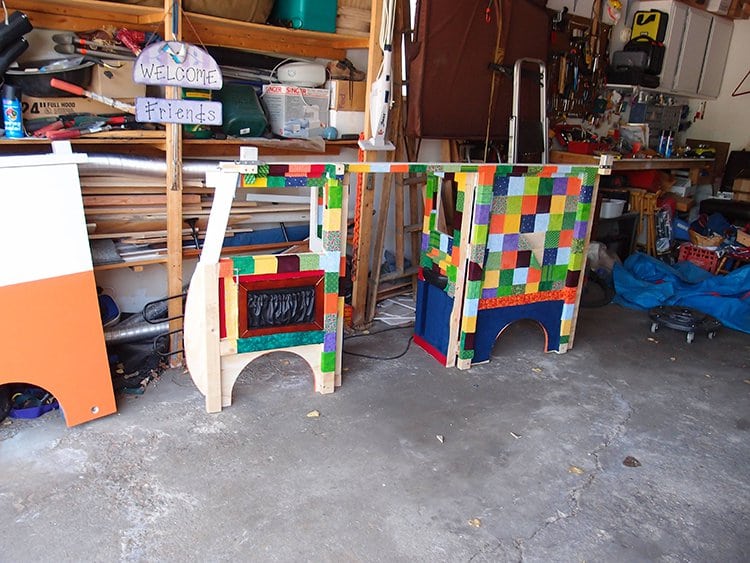 This is what the panels look like when detached. 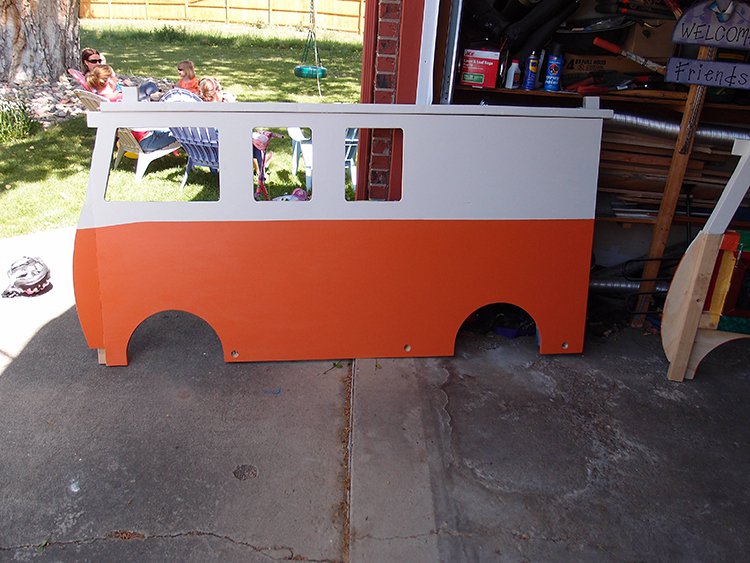 What a fun looking space. 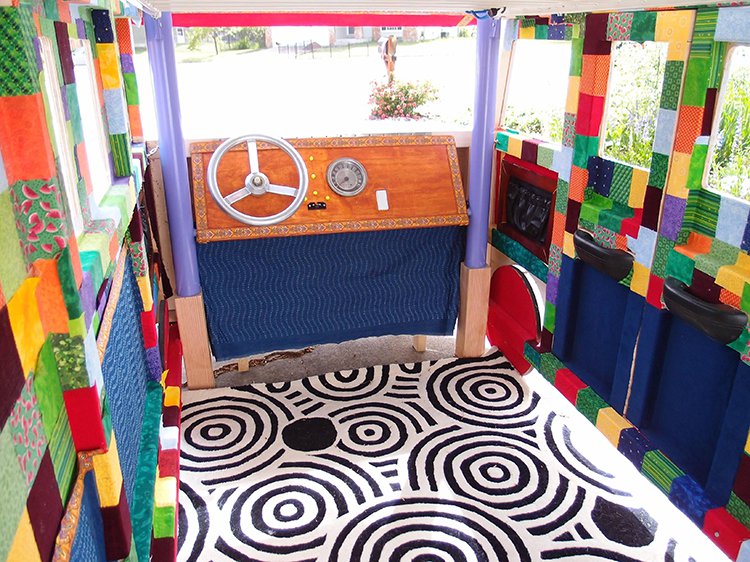 The bed bus was brought outside for the kids to play with at DIYdad’s daughter’s birthday party. 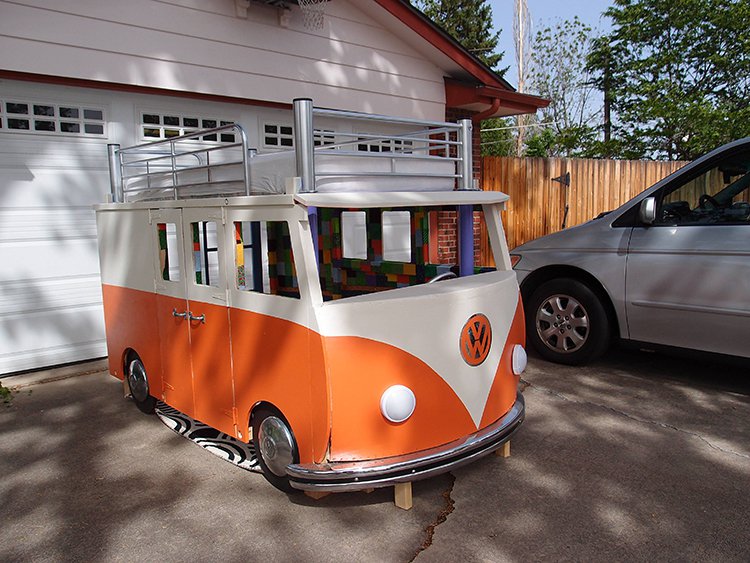 Moving the pieces in to the bedroom… 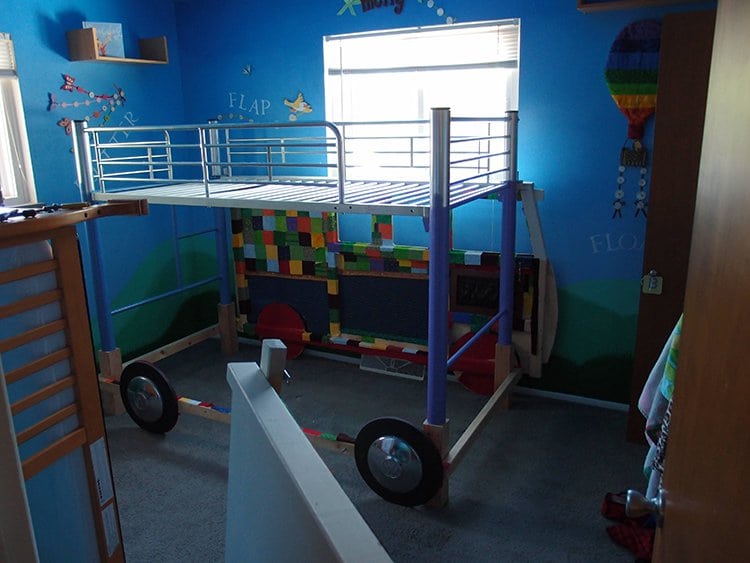 And, there you have it! What a great dad! We love this invention! 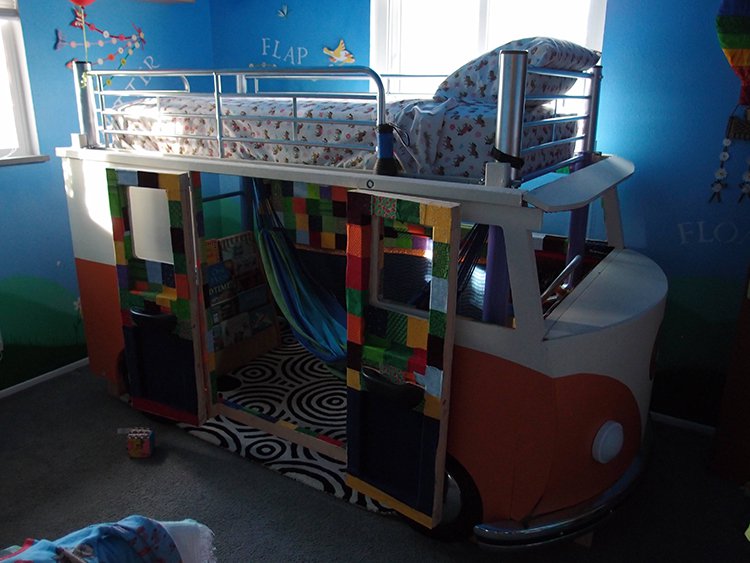 As you may have guessed, DIYdad’s daughter loved her new bus bed.