How do you make any Star Wars fan happy? It’s easy – give them the most unique fan gift that they can show off and use as a functional item as well. And this Death Star Vinyl Record Clock fits all criteria for the most ideal gift. Star Wars fans don’t just love the iconic media franchise to the moon and back, they love it to the galaxy far, far away and back. So if you’re planning to buy a gift for a Star Wars fanatic, you need to make sure it is awesome enough to deserve a spot in their collection. For sure, they’ve already collected all the action figures of all the characters in the film series. So, giving them more action figures, that they probably have, is obviously not a good idea.

If you’re at your wit’s end in desperately looking for a unique gift that will make any Star Wars fan jump for joy, don’t look any further. This Death Star Clock is spectacular enough to flaunt and it is a practical item as well. Furthermore, it is definitely something they’ve never seen before. This wall clock is made from a real long-playing vinyl record. It is cut and carved on one side to replicate the appearance of Death Star II. In the center is a small clock face to display the time. 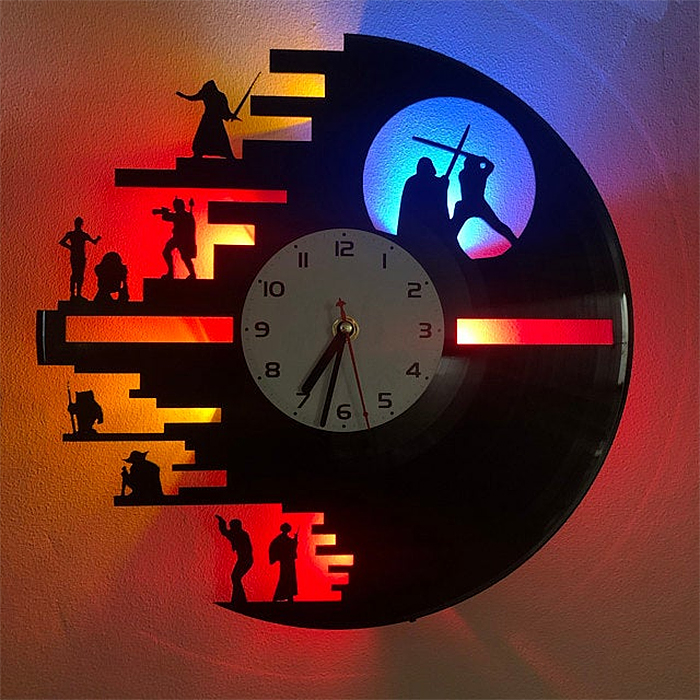 Additionally, the grooves on one side of the wall clock serve as the stage for the most iconic scenes and characters from the film series. There’s the epic fight scene between Darth Vader and Luke Skywalker, there’s Hans Solo and Princess Leia, C-3PO and R2-D2, Yoda, Boba Fett, and a Ewok. It is indeed an assemblage of the most unforgettable moments and the most lovable characters in the Star Wars universe. 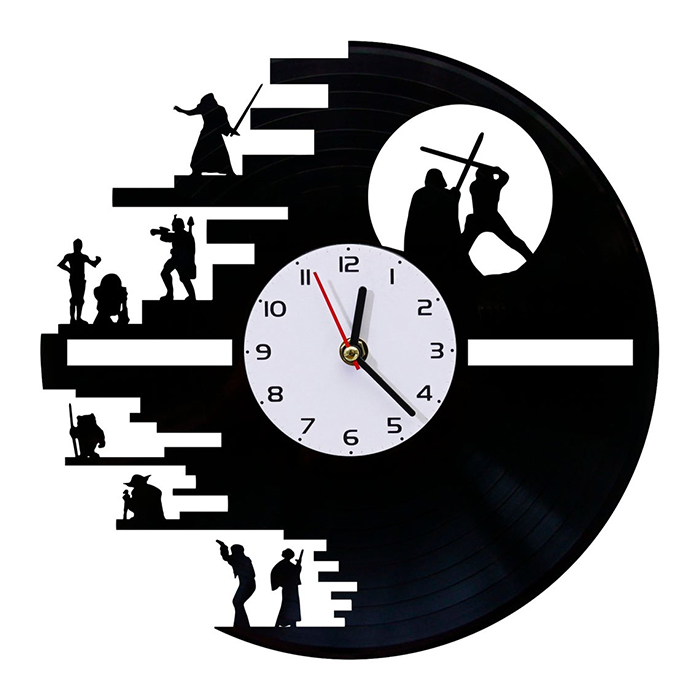 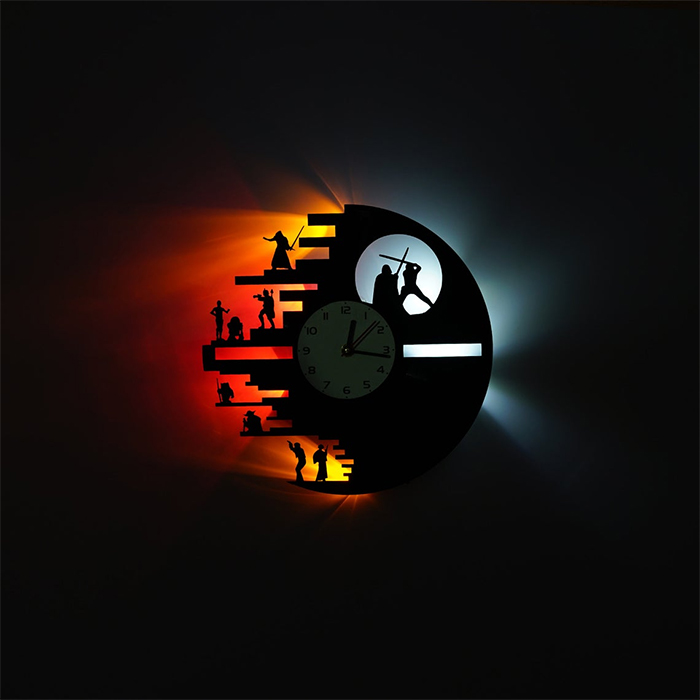 To make the scenes more dramatic, the Death Star Clock comes with a bright LED backlight. Just press the power button at the bottom of the unit to turn the lights on/off. Watch as the backlight illuminates the clock with calming blue light on one side and brighter orange/red lights on the other side. The vinyl record measures 12 inches in diameter and it needs 4 batteries. It will surely make an eye-catching piece of décor on your wall. 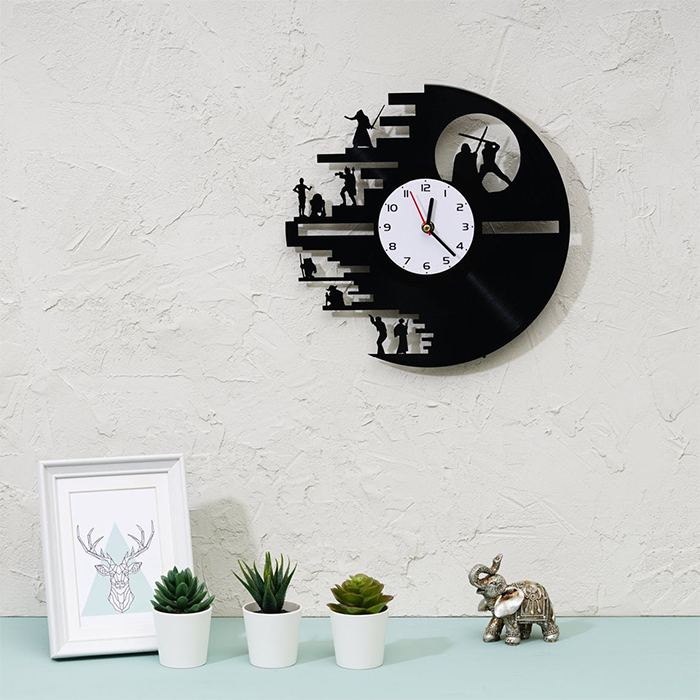 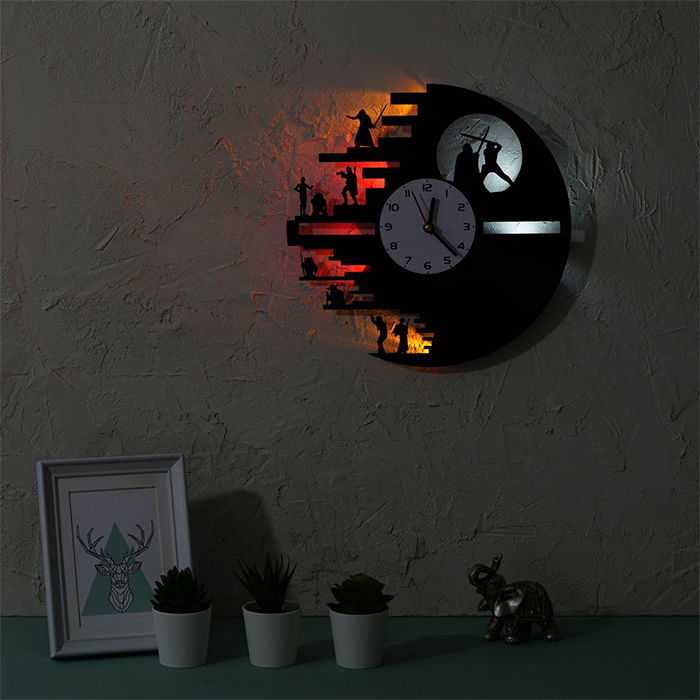 “Looks fantastic on the wall! A great piece to add to any Star Wars collection.”, one satisfied buyer wrote. 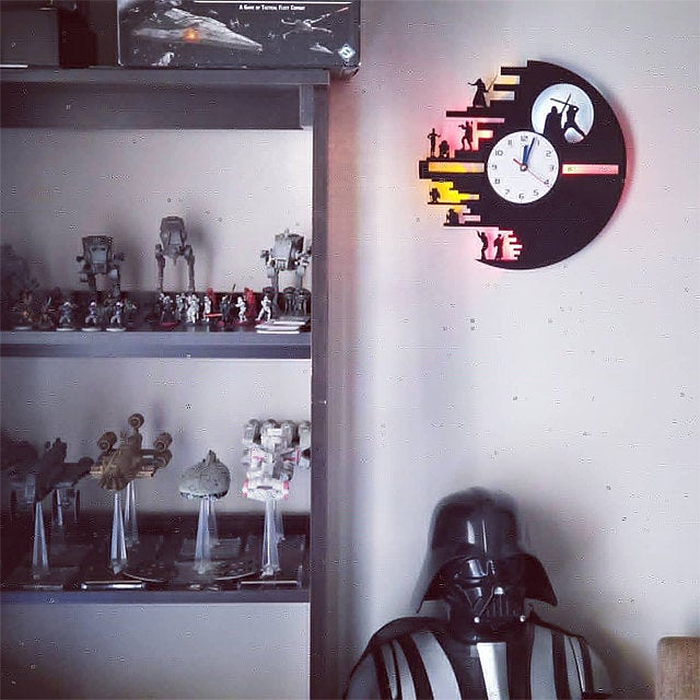 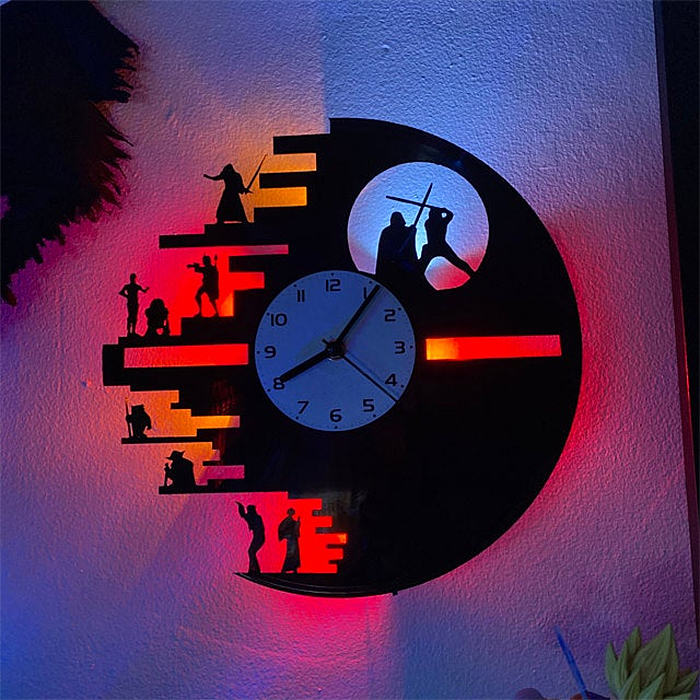