Summer season may be over but that doesn’t mean that we can no longer enjoy a pool party. We still have plenty of time before cold season kicks in. So, why won’t we make the best of it with the help of this giant dinosaur inflatable pool float? It’s never too late to add this Jurassic Park-inspired pool float to your floaties collection. Plain-looking pool floats are now unacceptable. Pool floats in the shape of animals are the hottest trend right now. The sloth and wiener dog pool floats can give you a relaxing drift in the pool or lake. But if you’re looking for something fiercer and more thrilling, this giant dinosaur inflatable pool float is the one for you. 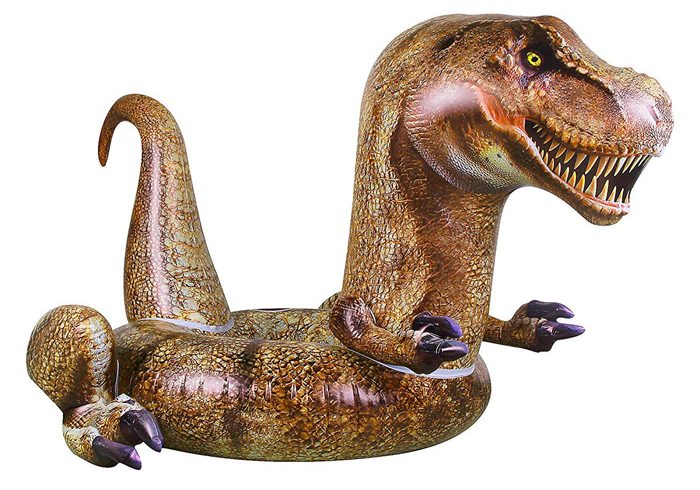 This massive pool float is designed after the Tyrannosaurus Rex from Jurassic World: Fallen Kingdom. If you want to dominate the pool, this giant dinosaur inflatable pool float will help you with that. When fully inflated, it measures 42 inches tall and 40 inches wide. From head to tail, this pool float approximately measures 70 inches. It features a giant dinosaur head in the front along with its two stubby arms. The dinosaur’s body functions as the donut-shaped raft with its two legs and large tails coming out the back. 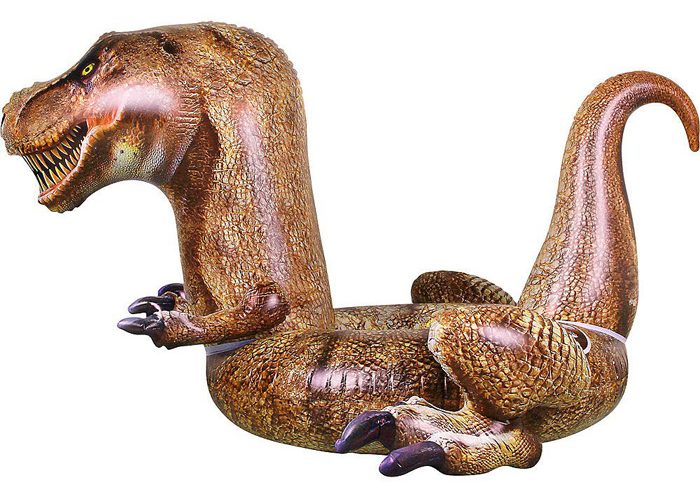 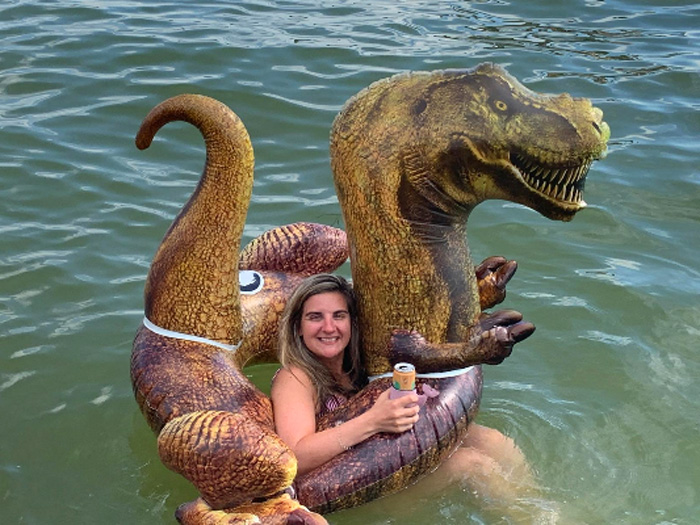 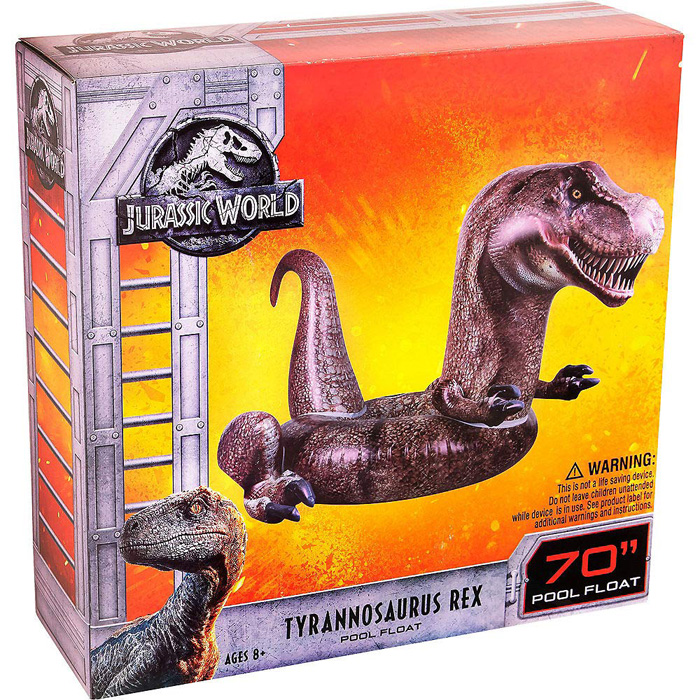 More importantly, its high definition print quality makes this float look like a real T-Rex that is about to chase its prey. Say goodbye to wimpy floats and make a rampage on the pool with this giant dinosaur inflatable pool float. Use an air pump (not included) to inflate its three air compartments then you’re good to go. Get this T-Rex pool float here before they go extinct. A satisfied customer wrote:

“This is the coolest pool float I have ever seen! My son is absolutely obsessed with dinosaurs so obviously he had to have this! Let me say it didn’t disappoint! It’s huge! It’s so realistic! I’m not sure yet how this thing will stand against the test of time but we’re in love with it!”